This Market Leviathan Dwarfs the Nasdaq Whale
Comment of the Day

This Market Leviathan Dwarfs the Nasdaq Whale by Eoin Treacy

That completes the good news. The bad news is that TDFs have become so big that, like whales splashing around in the bathtub, they are affecting markets. Deluard points to the weird
coincidence that each of the last four corrections (including the massive Covid-19 market break earlier this year) bottomed with a week to go in the quarter. All but one were even on the same day of the month — the 23rd. The exception was the Christmas Eve climax to the sell-off of winter 2018, which came after the 23rd had fallen on a Sunday. Here they are:

This could be a weird coincidence. It could be an example of the power of numerology. And it could be the basis of a very specific new market aphorism. Rather than “Sell in May and go away,” we can have “Buy on the 23rd of March, June, September or December.” Most usefully, however, we might look at it as an example of the newly minted power of the TDF whales. If the market is going down, these days it is a safe bet that a big infusion of money into stocks will be coming at the end of a quarter. TDFs’ contra-cyclicality means that they act as an accidental “put” option under the market.

Seasonality in the market is an important factor because there is a clear trend for the market to do better at certain times of the year. Sell in May and come back on Labor/St. Leger’s Day has long highlighted the tendency of markets to do best in the 4th and 1st quarters. The Santa Claus rally between Thanksgiving in late November and the first week of the new year has also statistically returned positive results, albeit with some volatility.

The US Presidential Election cycle has also been quite reliable. Generally speaking, the 1st year is the worst because the new government tries to pay for the largesse of the election year. The 2nd year is better but the Fed is generally still in tightening mode. That usually leads to a growth scare early in the 3rd year. Expectations for easing and fiscal relief generally mean the 3rd year is the best in terms of performance with a strong rally following the growth scare. The 4th year is also generally positive as priming the pump for the election goes into overdrive.

That suggests this year should be an up year for the market as a whole. However, the outlook for 2021 will be almost wholly dependent on fiscal stimulus, easy monetary policy and the relaxation of social distancing requirements. All three will likely be required to further inflate asset prices and spur a broader recovery. 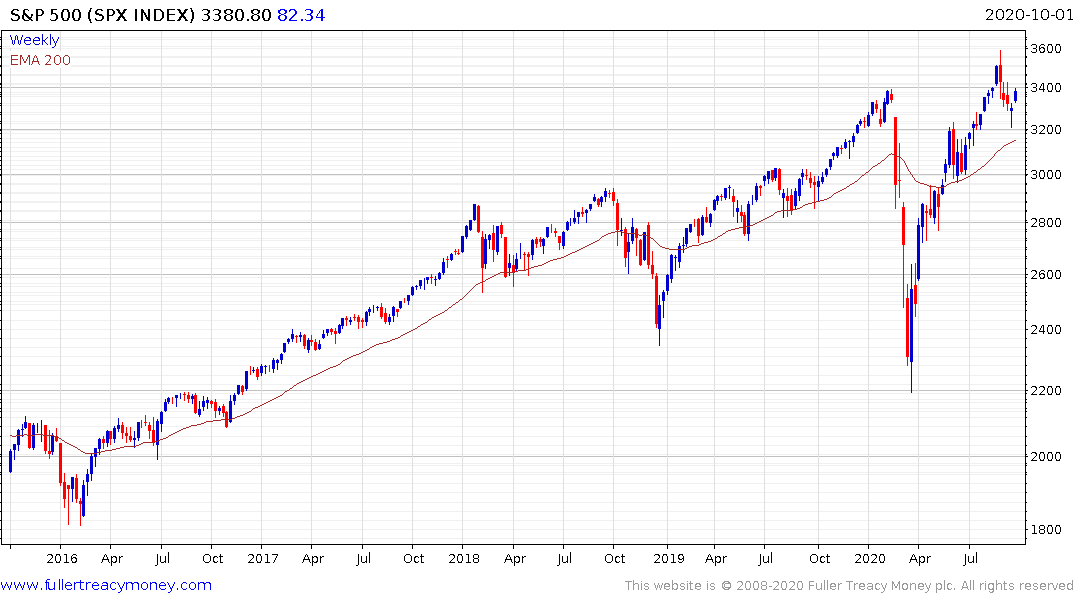 I’m not sure how institutional countercyclical reweighting is bad news. Reweighting of portfolios designed to buy the dips at the end of the quarter may contribute to some early action to take profits. However, it will also contribute to more money on the side lines ready to buy the dip for the next quarter. That sounds like a trading opportunity to me and probably everyone else who read the article too.