Today’s sale may be followed in coming months by the first offering of Lloyds shares to individual investors. Lloyds Chief Executive Officer Antonio Horta-Osorio said last month he will ask regulators in the second half for permission to restart dividend payments, the lender’s first since 2008.

The sale “should be good for the stock,” said Chirantan Barua, an analyst at Sanford C. Bernstein Ltd. in London who has an outperform rating on Lloyds. “The fact that they have retained the 25 percent clearly shows that they want to do a retail offering this year as well.”

The UK’s financial sector has particular exposure to the wider global economy with major institutions such as HSBC, Barclays and Standard Chartered all having led the sector lower this year. The FTSE-350 Banking Index found support in the region of 440 last week and now looks likely to unwind its oversold condition relative to the 200-day MA. 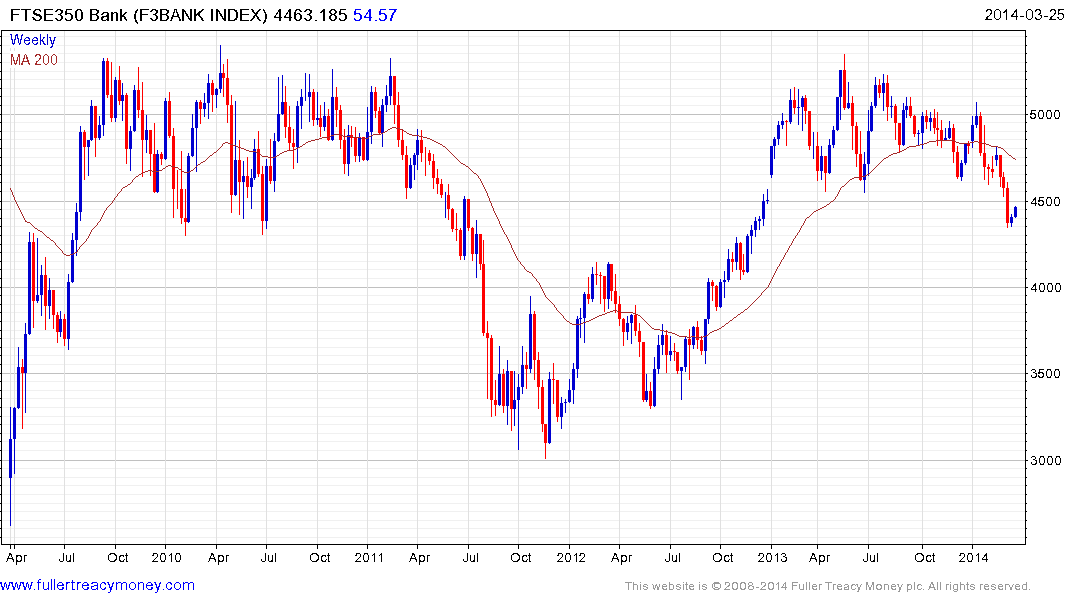 Lloyds has led the sector higher over last year and has returned to test the region of the 200-day MA. The fact that Lloyds is exiting the assistance it received from the UK government is certainly a positive and helps to explain its outperformance over the last 18 months. The decision to allow it to pay a dividend will probably be a catalyst for increased investor interest as the free float increases. 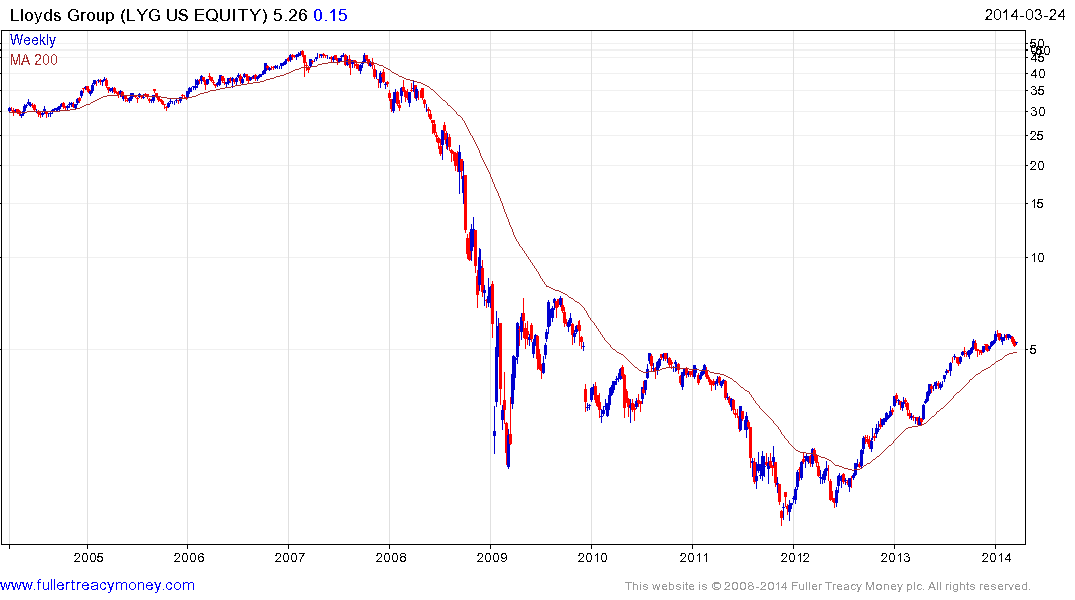 The share has an estimated P/E of 11.81 and is currently testing the region of the 200-day MA. Provided it finds support in this area, potential for additional medium-term upside can continue to be given the benefit of the doubt.