So if China sneezes, the rest of Asia gets sick. Global fund managers hesitate to deviate substantially from their benchmarks; the most likely action is fleeing the asset class altogether. Already, in the last month, global funds pulled more than $5 billion from emerging-market bonds, data provided by Jefferies Group show.

And it looks like China may be catching something worse than a little cold: The feared D-word is being whispered. Beijing has already allowed China Energy Reserve & Chemicals Group Co. (which counts state oil behemoth China National Petroleum Corp. as a major stakeholder) to default, as well as a financing vehicle in Inner Mongolia. Will the authorities blink if private-sector enterprises miss their obligations?

China is now on track to achieve an unhappy annual record. There have already been 19 bond defaults this year, totaling $3.1 billion.

China needs to allow defaults. The environment that existed previously where the government back stopped just about every form of egregious lending created an unsustainable level of risk in the shadow banking sector. Allowing defaults is a big part of trying to institute discipline in investors minds.

However, since the prior condition was virtually risk-free investors took to it with abandon. The government focus is now more on quality over quantity in economic growth so there is a large number of companies with potential funding issues. That suggests there is little to be gained by looking at historic default rates. They are likely to offer no insight into the scale of the evolving issues. This article may also be of interest.

As companies look overseas for funding the biggest question is how willing the Fed will be to continue raising interest rates. A rate hike in June has been priced in but with high yield spreads rising in Europe. Italy’s yields spiking and a new election possible as early as July, one has to question whether the strength of the Dollar will not have already completed much of the tightening the Fed would have wanted anyway? 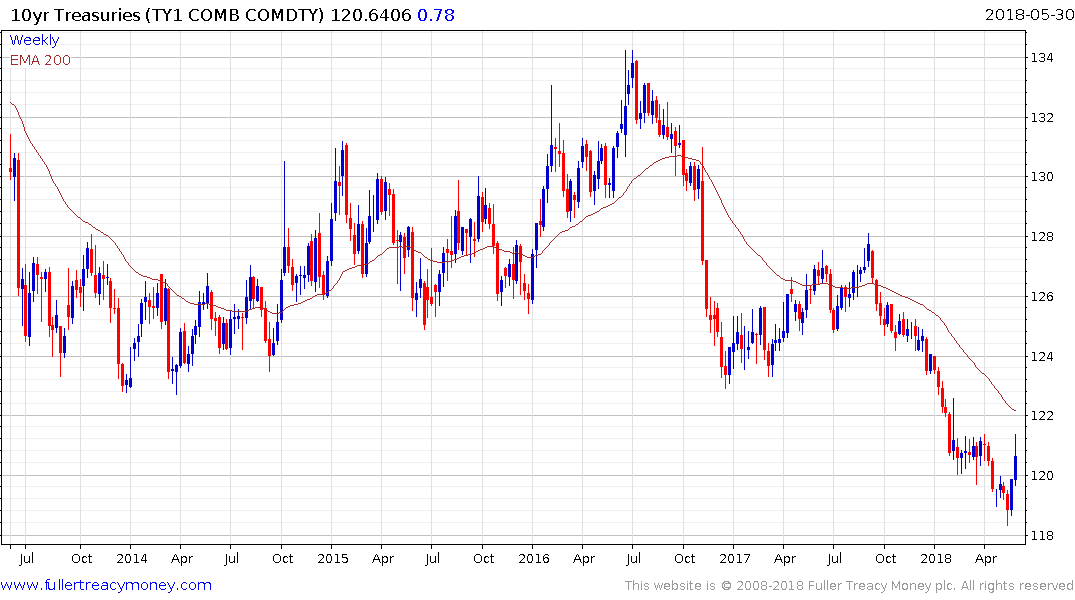 The largest short position in bonds in years has been rapidly unwound and the region of the trend mean on the Treasury future is an important touchstone in terms of the consistency of the medium-term downtrend. A sustained move above it would be required to signal a change to the medium-term supply dominated environment.

The paradox for fixed income investors is always that bond benchmarks are heavily weighted by the biggest issuers of debt. By buying the benchmark weighting you end up with the debt of the biggest credit risks. 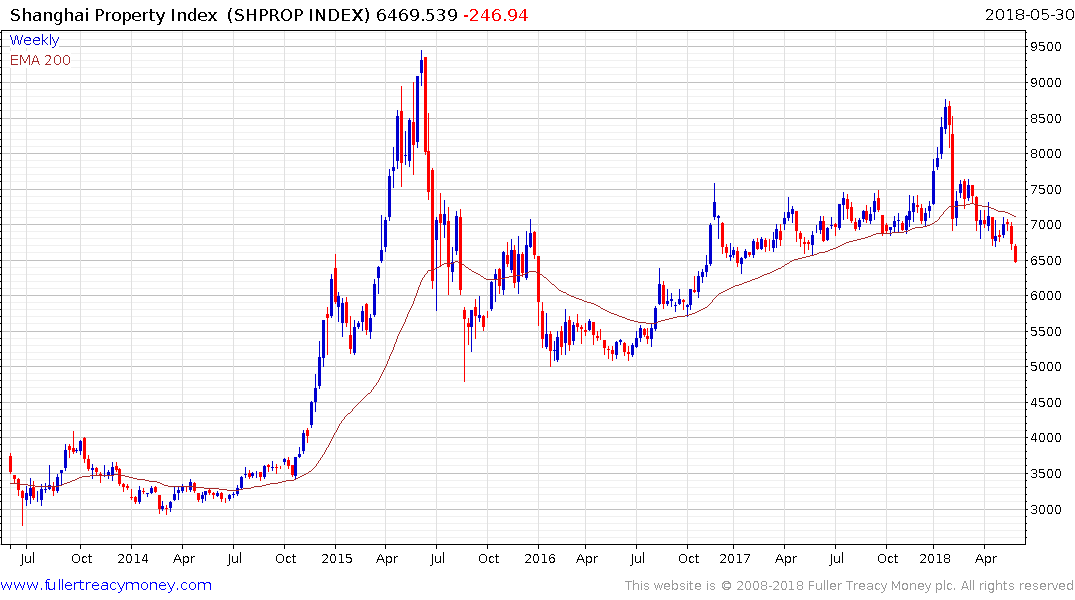 The Shanghai Property Index continues to deteriorate and needs to sustain a move above the trend mean, at a minimum, to confirm a return to demand dominance.

Euro high yield spread have broken out. If that move is sustained it is a reliable lead indicator for issues with the stock market and by extension the credit markets over the next six months. 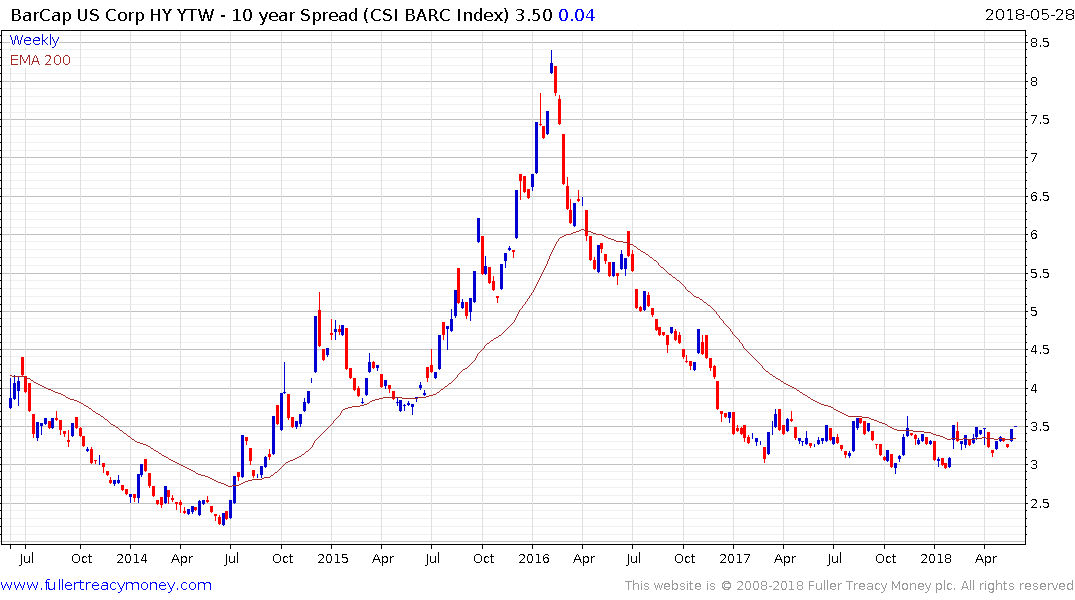 US Dollar high yield spreads remain range bound but they have firmed within that range.