Theresa May took a major step closer to leaving office, in the face of growing demands to quit as U.K.
prime minister over her failure to deliver Brexit.

The embattled premier agreed to set out a timetable for her exit early next month, after she puts her Brexit deal to another vote in the House of Commons, the Conservative Party’s most senior rank-and-file politician Graham Brady announced. The pound fell.

“We had a very frank exchange with the prime minister,” Brady told reporters on Thursday, after he and other senior Conservatives met her for a showdown behind closed doors. Brady said he and May agreed that they will meet again to finalize the timetable for electing a new Conservative leader after the Withdrawal Agreement Bill is put to a vote in the House of Commons in the first week of June. This meeting will happen regardless of whether the Brexit deal law is approved or rejected, he said.

Theresa May has had the unenviable job of trying to shepherd disparate groups within her own party towards a conclusion everyone could get behind. It was a nigh on impossible job and she has failed to get a deal through parliament. The Labour party have no incentive to help out because they are eyeing the next election and would be punished by their membership if they were seen to be helping out Conservatives. In my view, that is the primary reason cross party talks are failing.

Bringing the deal back to Parliament in June is a clear tactic to scare wavering votes to back it lest, she resign and a hard Brexit candidate replaces her. That gamble is currently pressuring the Pound lower. It is an indictment of the political process that party politics is taking precedent over the welfare of the country but that is the reality we are presented with.

I continue to think the UK would be better off with an independent tax, regulatory, trade and immigration regime. That is provided, of course, an aggressive strategy of energy independence and competitive economic policies were implemented immediately. Quite whether we have the imaginative leadership to deliver on those lofty goals is however very much in doubt. 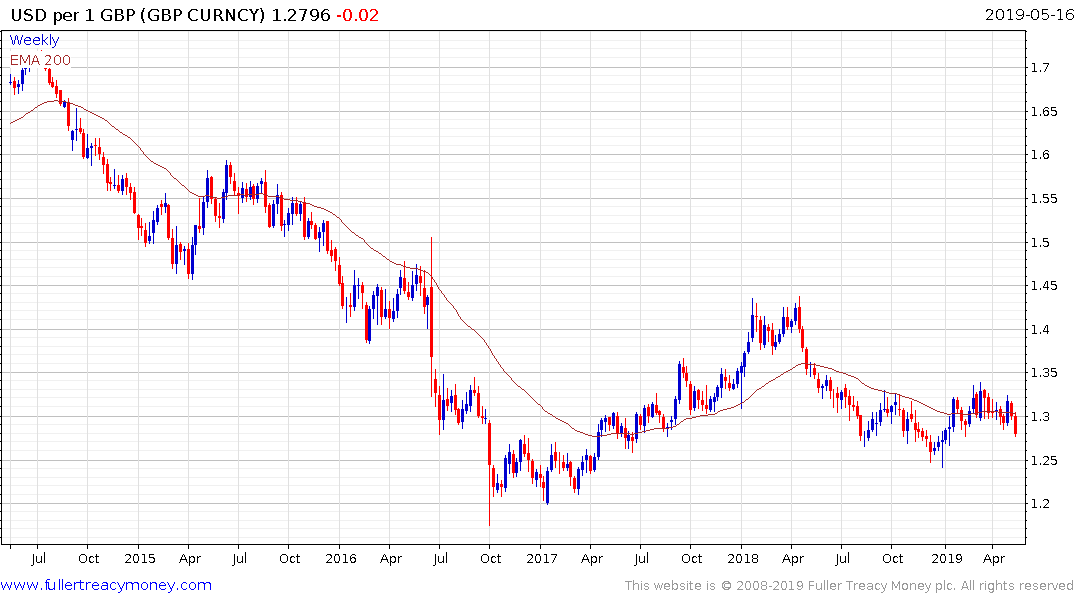 The Pound broke is succession of higher reaction lows against the Dollar yesterday and followed through on the downside today. It has been reasonably stable between $1.26 and $1.34 and is trending towards the lower side at present. 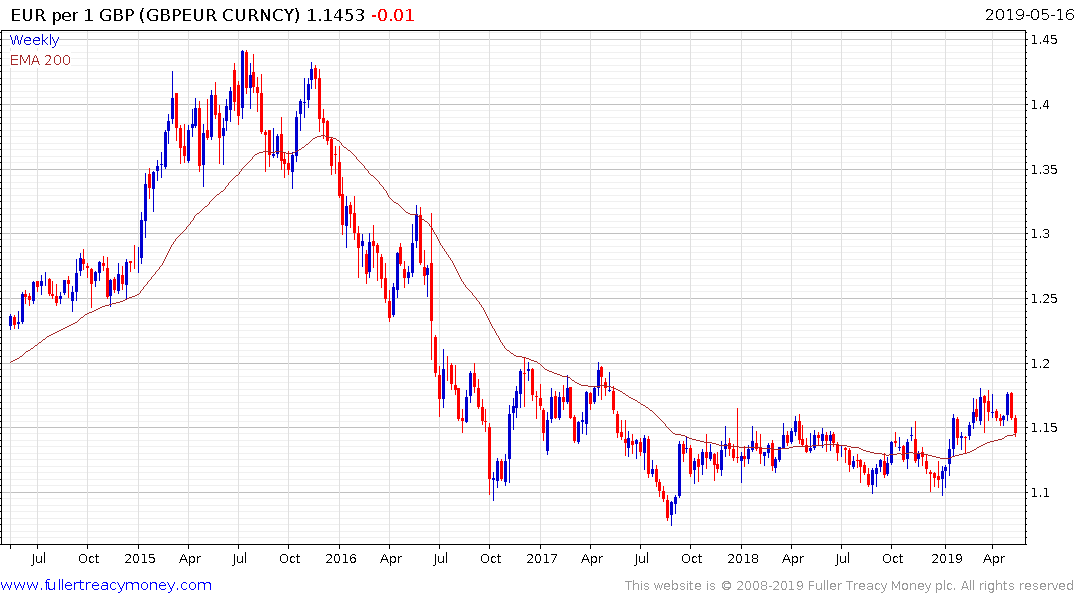 Against the Euro, the Pound is back testing the region of the trend mean, below €1.15. It is going to need to bounce soon if first step above the base characteristics are to remain credible. 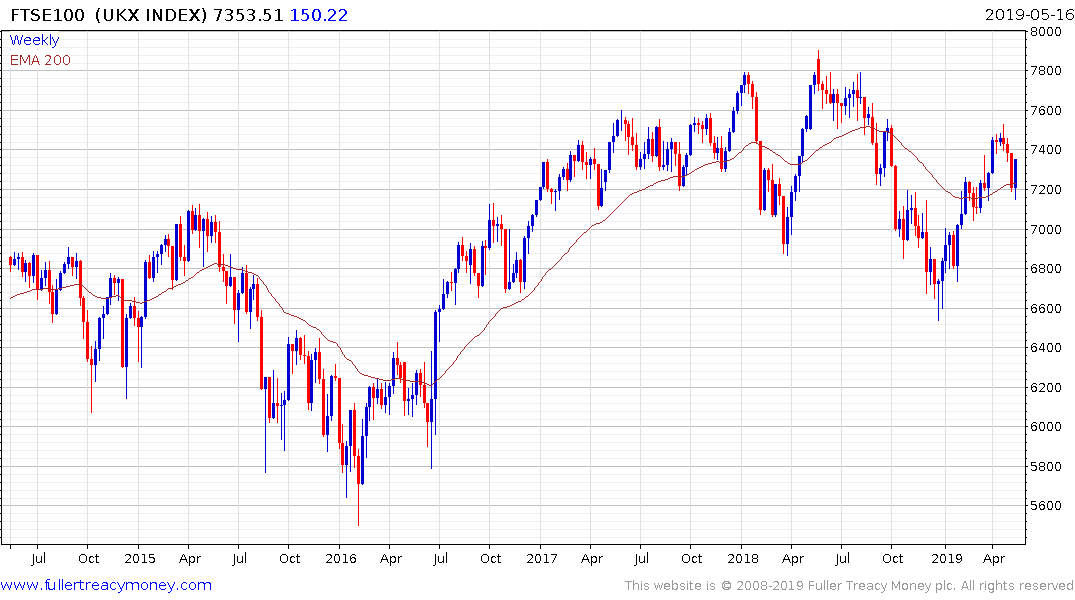 The FTSE-100 Index bounced this week from the region of the trend mean. The weakness of the Pound is a bonus for multinationals consolidating foreign earnings domestically. More importantly, the Index continues to hold the range above the long-term base. As long as the 7000 level holds, the market could begin to garner additional interest once the Brexit issue is settled.