Regional plans foresee the local production of hydrogen, both blue and green. They find places to store captured carbon below the ground and seafloor. And they see ample opportunity to power electrolyzers with winds from the North Sea and other nearby renewable sources.

Yet the buildup of major industrial clusters requiring growing amounts of clean hydrogen, through the 2020s and ‘30s, may open opportunities to develop new more far-flung sources of it. The development of hydrogen hubs suggests their linkage with the other pole of regional planning for clean hydrogen, namely major global supply areas.

IRENA sees industrial users can drive the development of dedicated “green hydrogen corridors” that connect regions generating low-cost renewable energy with demand centers. The IEA sees the need to get international shipping routes for the hydrogen trade going. These corridors (‘spokes’) will inevitably appear where the varying cost of hydrogen production among countries and regions favors resource-rich areas.

Europe and Japan, having relatively high costs and strong policy support for hydrogen, are likely importers. Big exporters would be Australia, Chile, the Southern US, the Middle East and North Africa, and other regions. To take advantage of an emerging global clean hydrogen market they will have to overcome an enormous challenge in the form of transportation costs.

From the perspective of politicians the debate about global warming is over and they are moving ahead with policy. The framework for pioneering a carbon free world is rapidly evolving. Quite whether it eventually has a marked effect on emissions is an entirely different topic, but both capital and legislation are being committed globally on the assumption it will. 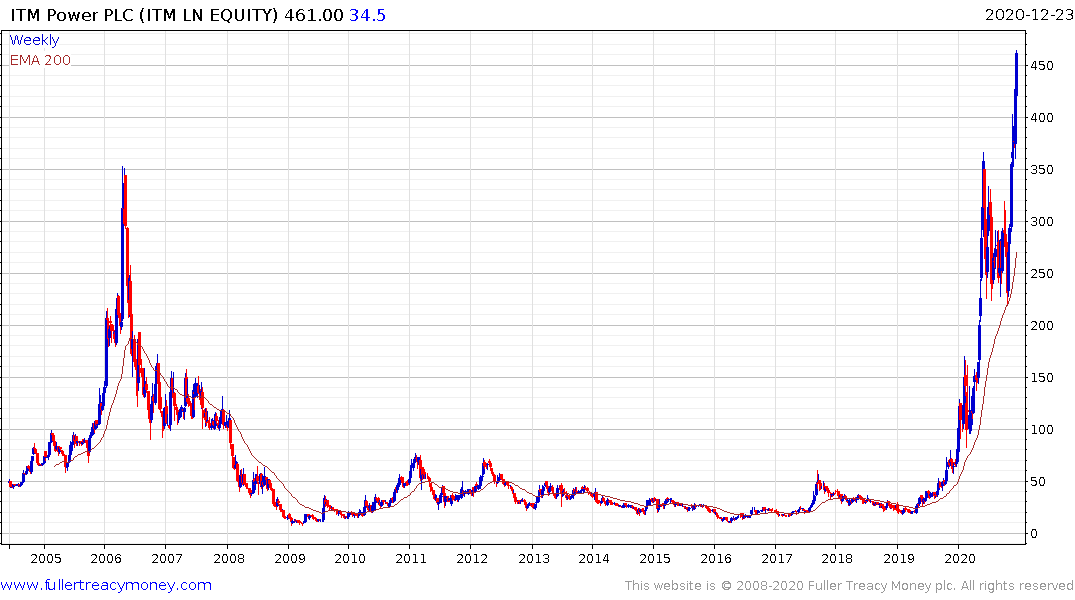 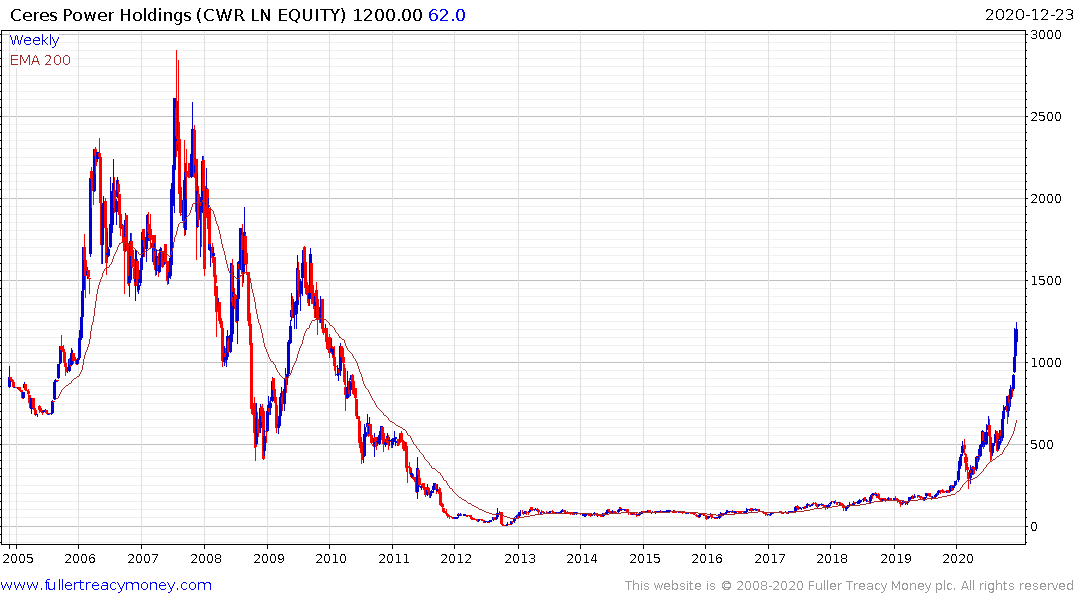 At present the hydrogen sector is small but growing quickly. 2020 has been a particularly good year for related investments with a number of shares in steep uptrends. That’s true of the entire renewable energy sector which has decoupled from the oil price.

That bifurcation began more than a year ago and went into overdrive this year. It suggests investors no longer think in terms of energy breakevens or profits but are more willing to back the idea that policy and regulations will be a more important tailwind with profits somewhere out in the hazy future.

Certainly, it is hard to make the argument at present that hydrogen is economically viable. However, in much the same way that capital was poured into the shale oil and gas sector on the hope for profits more than a decade ago, there is nothing stopped a similar trend in hydrogen. That is particularly true when the potential rewards are so large and interest rates are so low.