The Value of Gold by Eoin Treacy

In February, we published a cautionary gold not titled “Not the Time to Buy More Gold” The title pretty much said it all. To be clear, we do not detest gold. Rather our long-standing guidance has been that gold should be a regular position in a diversified portfolio. Our beef is not with owning gold, but how much gold to own.

Poor price and performance trends, while important, only tell part of the underweight story. The value of gold is a major concern of ours too. Said simply – gold does not look particularly cheap. This may sound odd with prices down $640 per ounce since 2011, but history argues for even cheaper relative prices in order for gold to begin a new bull market. As we will explain next, gold does not appear to a great bargain vs. stocks, bonds or housing. And gold is downright expensive compared to the average commodity, and especially other precious metals.

To balance this view of gold being expensive. Here is an interview with Jim Rickards who expects gold to move to new all-time highs. Gold is a market that tends to elicit extreme predictions so let’s stick to what I believe are the two most important factors concerning the market. It is a monetary metal and often seen as a safe haven during times of stress.

A point I have made repeatedly over the last few months is that with negative interest rates gold is attractive just by paying nothing. That represents a tailwind. 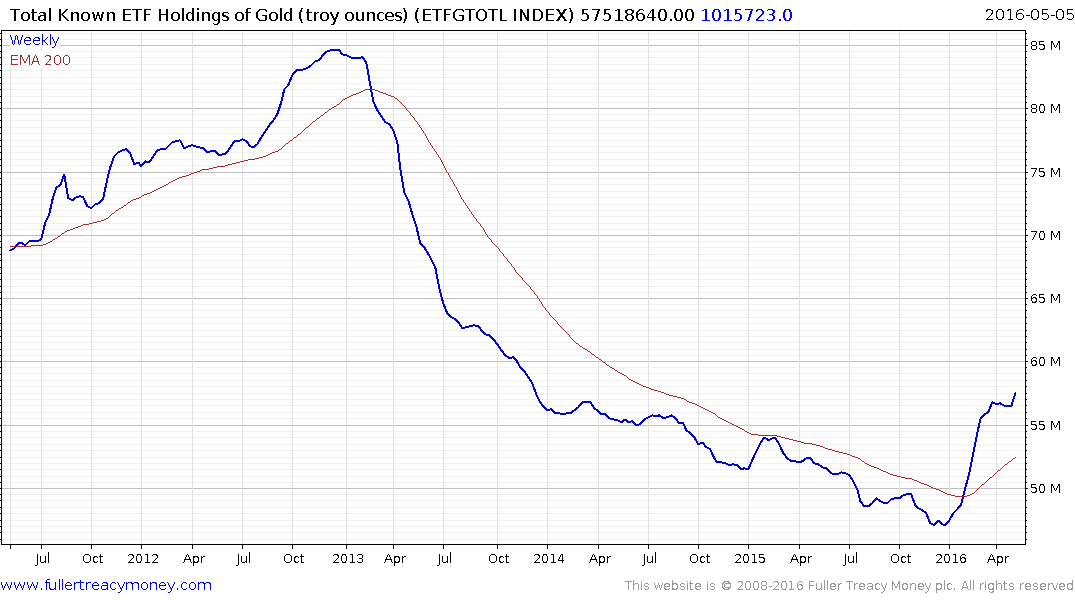 ETF Holdings have broken the four-year downtrend and moved to a new recovery high yesterday supporting the accumulation hypothesis.

When you look at any ratio it can be read one of two ways. The above report says gold is expensive relative to other precious metals. The other way to interpret the ratio is that silver and platinum are cheap relative to gold and therefore represent high beta plays in the much the same way as gold shares now do. 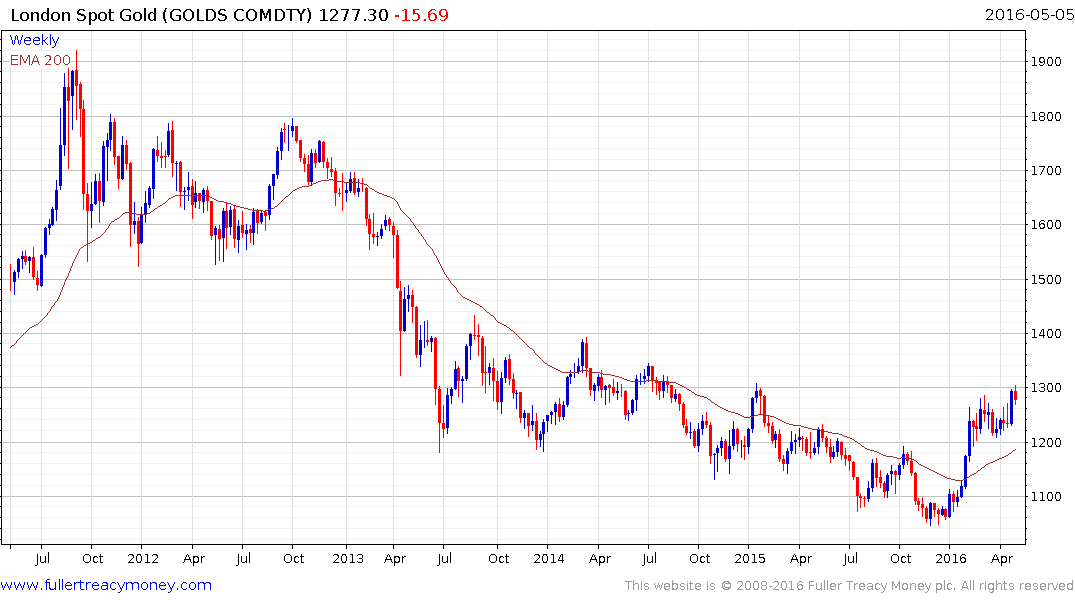 Gold continues to pause following last week’s breakout to new recovery highs. While some additional consolidation is possible a sustained move below the trend mean would be required to question medium-term upside potential.