The US is facing a dollar collapse by the end of 2021 and an over 50% chance of a double-dip recession, economist Stephen Roach says
Comment of the Day

The US is facing a dollar collapse by the end of 2021 and an over 50% chance of a double-dip recession, economist Stephen Roach says by Eoin Treacy

Additionally, Roach said, new COVID-19 infections and higher mortality rates must be part of assessing the risk of an aftershock, Roach said.

"As we head into flu season with the new infection rates moving back up again, with mortality unacceptably high, the risk of an aftershock is not something you can dismiss," he said. "So that's a tough combination. And I think the record of history suggests that this is not a time, unlike what the frothy markets are doing, to bet that this is different."

With the stock market close to new highs it is easy to conclude that the economic recovery will follow suit. The reality is it might be a while but we are quite likely past the trough. Consumer sentiment has taken a big hit. That damage is strongly correlated with the strictness of lockdowns.

A good friend was telling me how one of his childhood neighbours had a shoe store in Tel Aviv. He opened the store last week and received the equivalent of a $1500 fine. His response was to pack up all of the inventory. He placed it all on the street, locked the store and walked away with no intention of ever coming back. These kinds of emotional responses are symptomatic of deep distress.

Another friend who owns a factory in Los Angeles reported that one of his best employees is so transfixed by fear she is now incapable of functioning normally. Her previous role in sales and marketing was client facing and now she spends most of her time in the back office, panics if anyone approaches her and leaves early.

I consider myself reasonably risk tolerant. We were sitting around the dinner table last night and discussing where we might like to go for a Christmas break. The conclusion we reached was that it is impossible to know if the rules are going to change while we are in a foreign country. We can’t make plans. The one event my youngest daughter wanted to go to, LA Comic Con in December was cancelled this week.

This challenge with being unable to make plans means lots of people are in the same boat. There is a lot of pent up demand and the savings rate is still every high on average. The problem is the impact from the lockdowns is very one sided. The poorest people with the fewest resources are being hit hardest.

I was a Dollar bull until about a year ago. The reversal of quantitative tightening to address illiquidity in the repo market, coupled with the swift reversal of all interest rate cuts have removed the primary bullish arguments for supporting the Dollar. 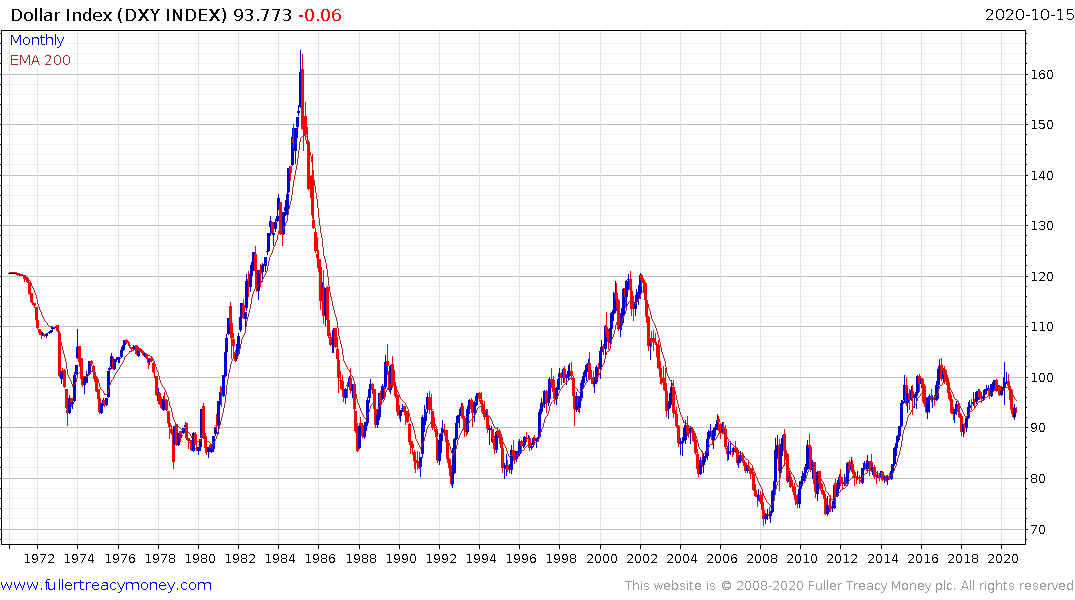 The only thing that is supporting it right now is the absence of fresh new stimulus. However, that is looking increasingly inevitable. I don’t think there is nearly as high a risk of a double dip recession as there is of a downtrend in the US Dollar.

There is no appetite for the kind of fiscal austerity that would be required to get the deficit under control. We are through the looking glass in terms of fears about the imposition of Modern Monetary Theory. The Fed’s balance sheet is likely to rise by an additional $5 trillion in the next 18 months. No other region appears willing to print that kind of money so it’s hard to imagine how the Dollar holds its value. 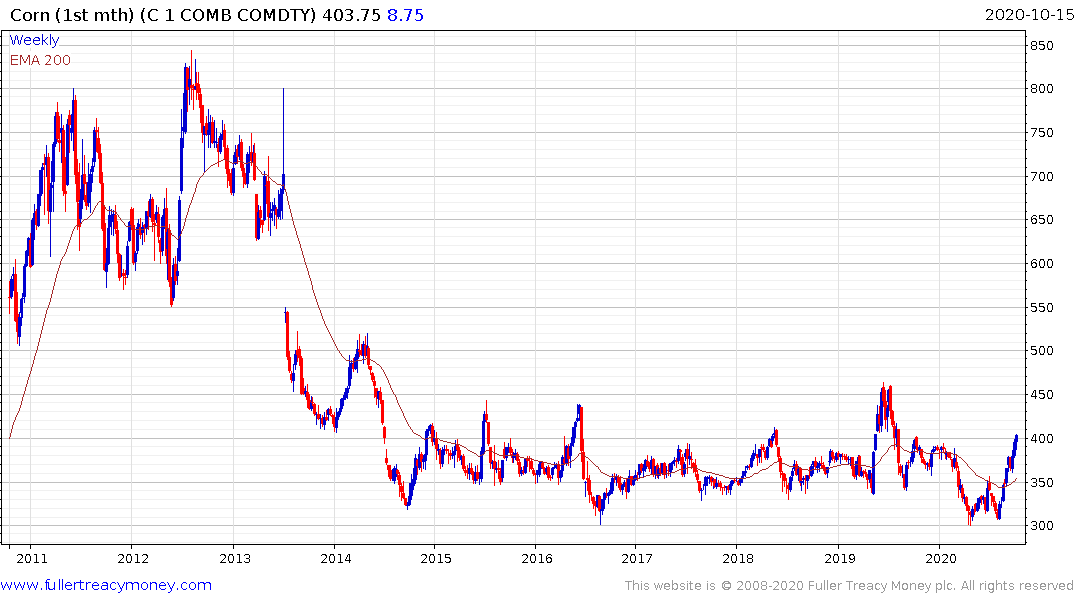 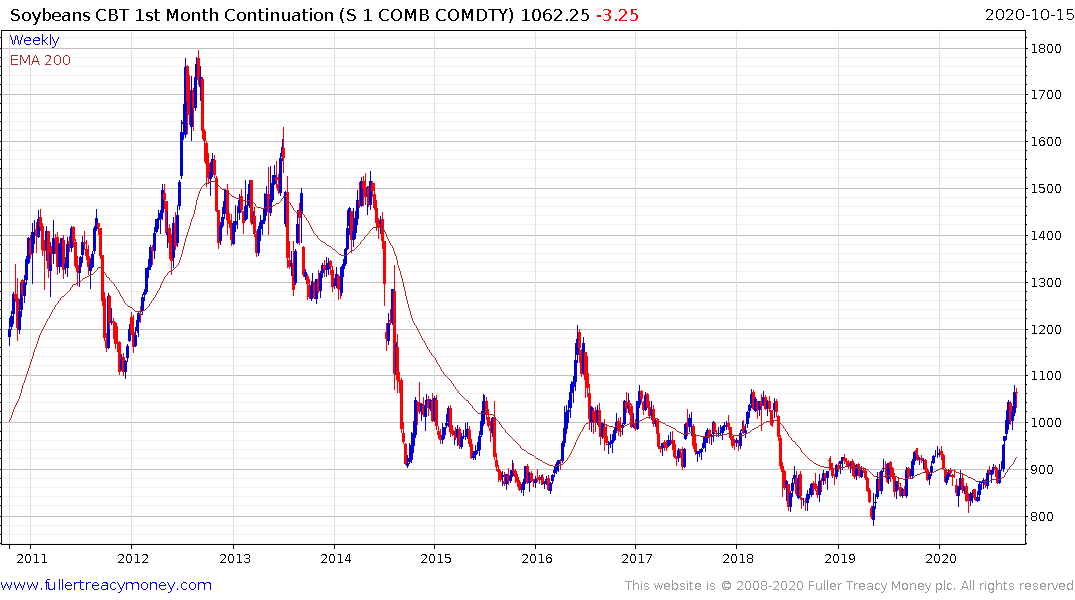 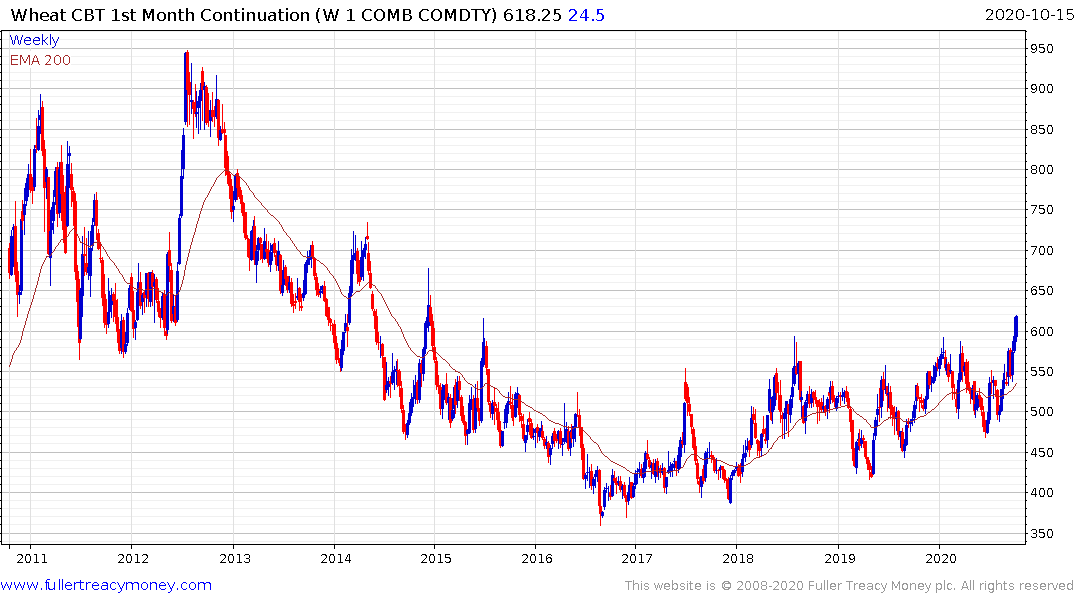 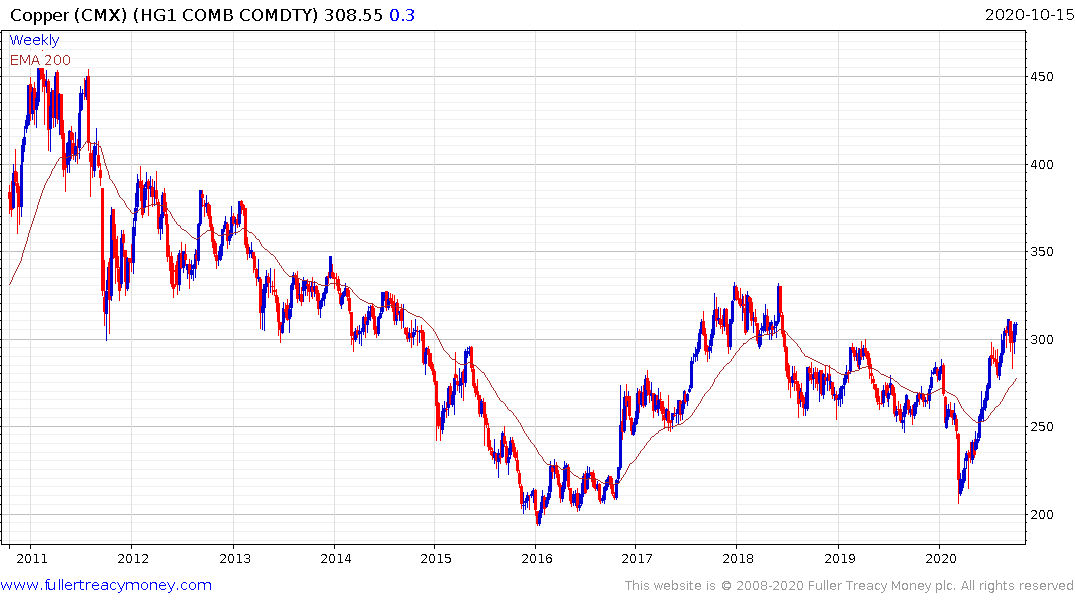 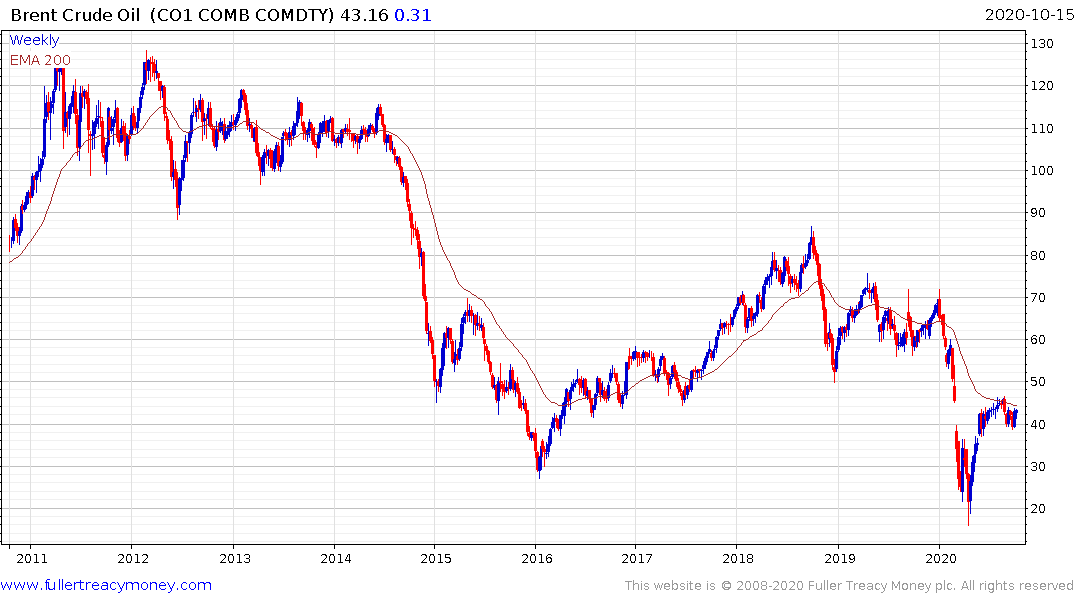 Commodity prices are now responding. Corn, soybeans and wheat completed base formation this week. Copper is still trending higher. Oil is firming from the $40 area. There is clear potential that investors are buying commodities as a hedge against the depreciation of fiat currencies of all varieties. 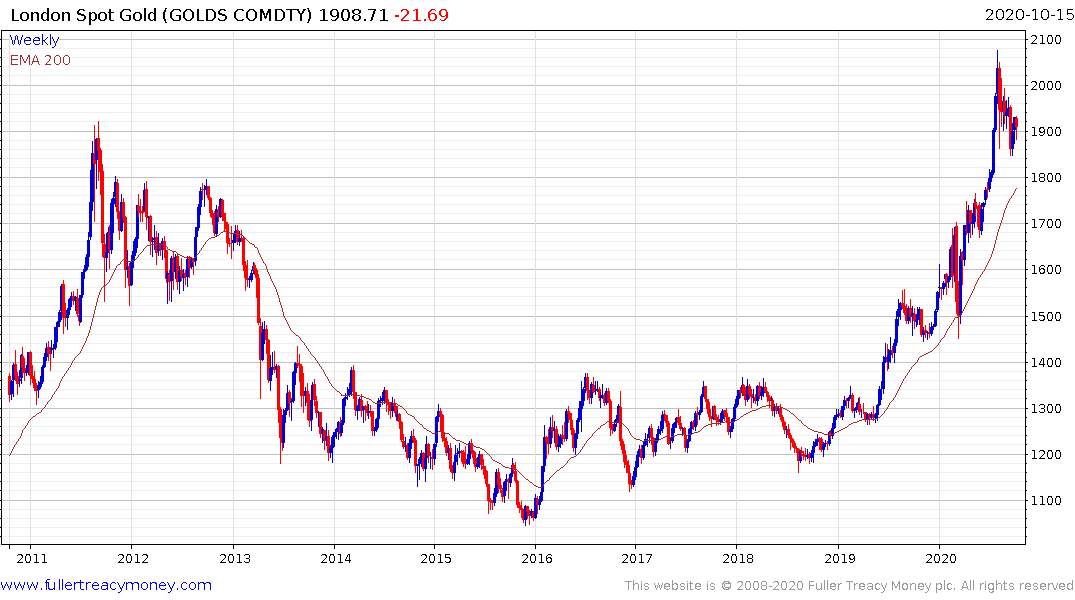 If bond yields continue to firm, it will necessitate swift aggressive action by the Fed to stop the rot. That could support all asset prices. We are nowhere near a conventional response to an economic shock and therefore it is unreasonable to look at past recession. The only parallel I see is with the debt monetisation that occurred after social unrest in the 1960s.

Back then inflation came in waves and the interest rate response everyone remembers today was a long time coming.