The Uncomfortable Truth by Eoin Treacy

Beyond just central bank intervention creating downward pressure, we do expect aging demographics, excess capacity (e.g., China), and technological innovation to continue to put a lid on interest rates. Consistent with this view, our work shows that wealthy individuals, particularly in the U.S., are saving more, and in doing so, are recycling more of their assets into yield-oriented securities. Meanwhile, real yields and inflation expectations are falling as we increasingly hear about price competition linked to Asian excess capacity in sectors such as industrials and commodities – and this is happening at a time when global nominal GDP is structurally slowing down (Exhibit 15). Finally, as we detail below, Moore’s Law is leading to – by some estimates – a 40 basis point decline in annual U.S. inflation (Exhibit 21). Our bottom line: If we are right about all of these key drivers of current yield compression, then this backdrop should give us confidence that the overall global interest rate curve will remain low relative to historic levels.

However, from a theoretical asset allocation perspective, we must all respect that governments are trying to boost nominal GDP by holding down nominal interest rates (Exhibit 35). In the past, this strategy has been an important tactic for defeasing long-term liabilities by putting more inflation in the system. Importantly, as we detail below, we do not see inflation as a near-term threat, but we think some protection in the portfolio is warranted as there will continue to be occasional spikes driven by geopolitical tensions. As such, we do advocate shortening portfolio duration and owning more collateralized assets linked to nominal GDP. At the moment, our favorites are U.S. two-year notes and short-term housing-related loans in the United States and Europe. We also like some of the structured product deals that we are now investing behind in Asia, especially in developed markets (e.g., Singapore and Australia).

We believe strongly that holding nominal GDP above nominal interest rates also argues for investors to own some form of an overweight to longer duration Real Assets, especially those investments with upfront yield. As we describe in more detail below, we are big fans of low to modestly leveraged Infrastructure, including “last-mile” fiber assets, mid-stream energy assets, cell tower assets, renewable energy, and power, water and utility assets. We also see potential in select public to private ideas that we are now uncovering in Asia.

The Fed listened to the message being sent by the market and stopped raising rates. This chart of the correlation between the median age of a population and respective government bond yield suggests there is a solid argument for thinking that yields are not going to rise meaningfully in the short term. 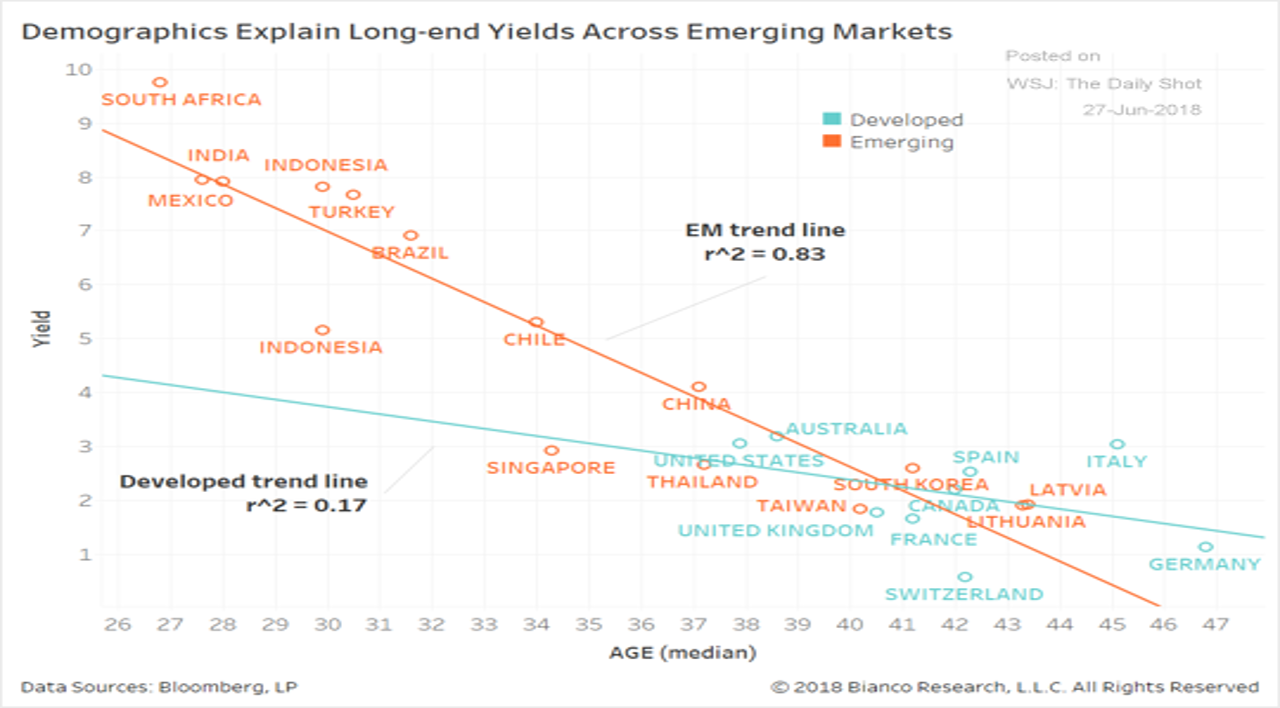 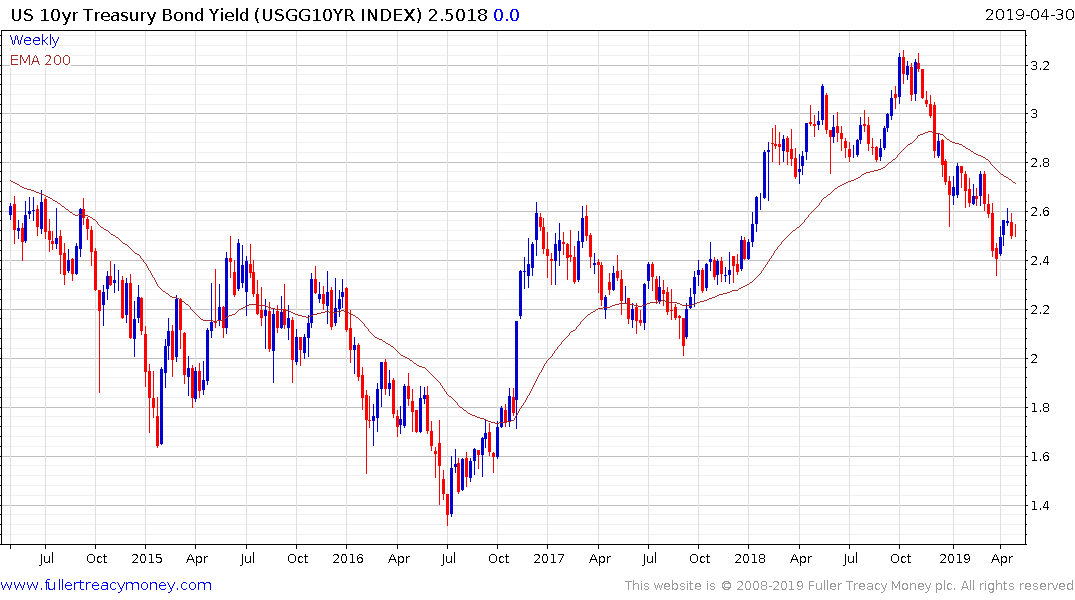 What that tells us is the abuse of the monetary base is going to persist indefinitely and savers will be forced into paying up for yield regardless of whether that is in public or private assets. The much-anticipated buyer’s drought for new debt, including by me, has not materialised and a sustained move above 3% on the 10-year Treasury will be required to lend credibility to that argument. 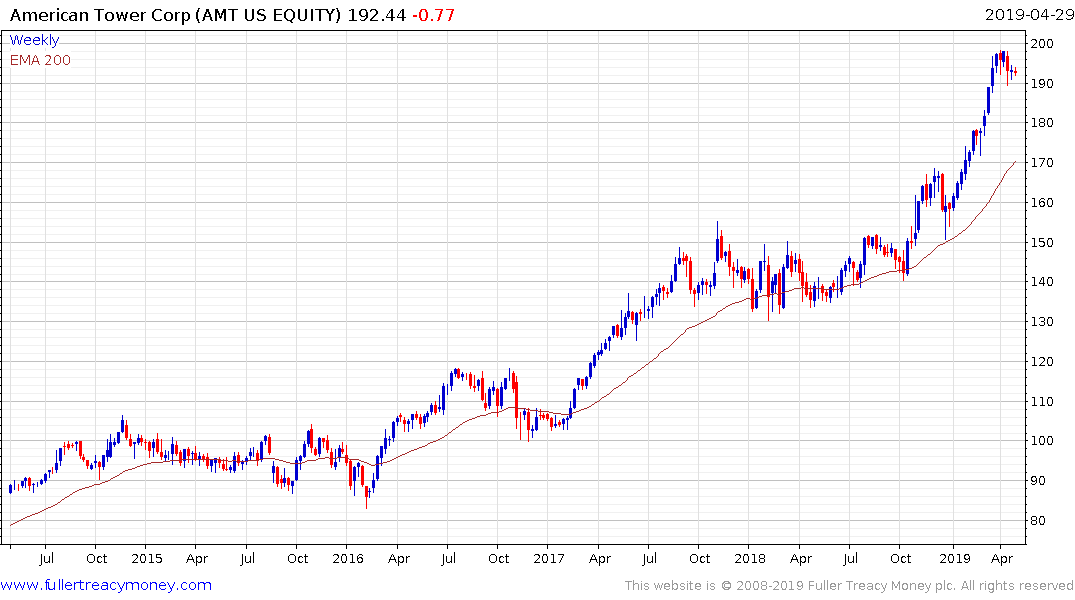 Meanwhile long-term income producing assets like American Tower continue to have some of the most persistent trends in the market.