The current account deficit, which last year widened to almost 3 percent of gross domestic product, remains a key vulnerability for the economy. It makes Indonesia reliant on foreign capital to fund its import needs, inflows that can be volatile as investor sentiment swings.

The deficit was one of the main reasons why Indonesia was targeted in an emerging market sell-off last year, triggered by rising U.S. interest rates and a stronger dollar. The rupiah slumped more than 5 percent against the dollar in 2018, dropping to its lowest levels since the Asian financial crisis two decades prior, as investors pulled out of the nation’s stocks and bonds.

The rupiah has bounced back in 2019, helped in part by the central bank’s swift action in raising interest rates by 175 basis points and the U.S. Federal Reserve’s shift away from policy tightening this year. The current account remains a risk though, and the government has imposed a number of measures to curb imports and spur exports to lower the deficit.

Data on Monday showing a second consecutive monthly trade surplus in March suggests the current account deficit probably narrowed in the first quarter. Economists surveyed by Bloomberg had predicted a $177 million trade deficit in the month.

Any politician from a democratic country, with a population of hundreds of millions, the majority of whom are entering the workforce is unlikely to succeed without at least posing as a pro-growth candidate. Both candidates in Indonesia are running on differing platforms aimed at promoting growth. In India, both the BJP and Congress Parties are showing support for small business and credit growth. In Nigeria’s last election last February, more than a few of those who have been holding office for decades lost their seats as the youthful population demand jobs and less graft. Those are all positive stories for the long-term trend of improving standards of governance in emerging markets.

This report from Vanguard discussing the merits of an international portfolio may be of interest to subscribers. Here is a section:

One common question about exposure to stocks outside one’s home market is whether domestic multinational companies have enough coverage of foreign markets embedded in their prices. The thinking goes that, because many large domestic firms generate a significant portion of their revenue from foreign operations, the diversification benefits of global investing are already reflected in their prices and performance. While this aspect of globalization cannot be ignored (and certainly can have an impact on investors’ portfolios), we believe it still makes sense for investors to hold international equities, for several reasons. First, simply focusing on domestic companies means an investor has no stake in leading global companies that are domiciled outside their home market. Second, many firms seek to hedge away currency fluctuations of their foreign operations. Although this can help smooth revenue streams, foreign exchange can be a diversifier for an investor’s portfolio. Finally, a portfolio made up solely of domestic firms is likely to have less-diversified sector exposures than the global equity market portfolio. 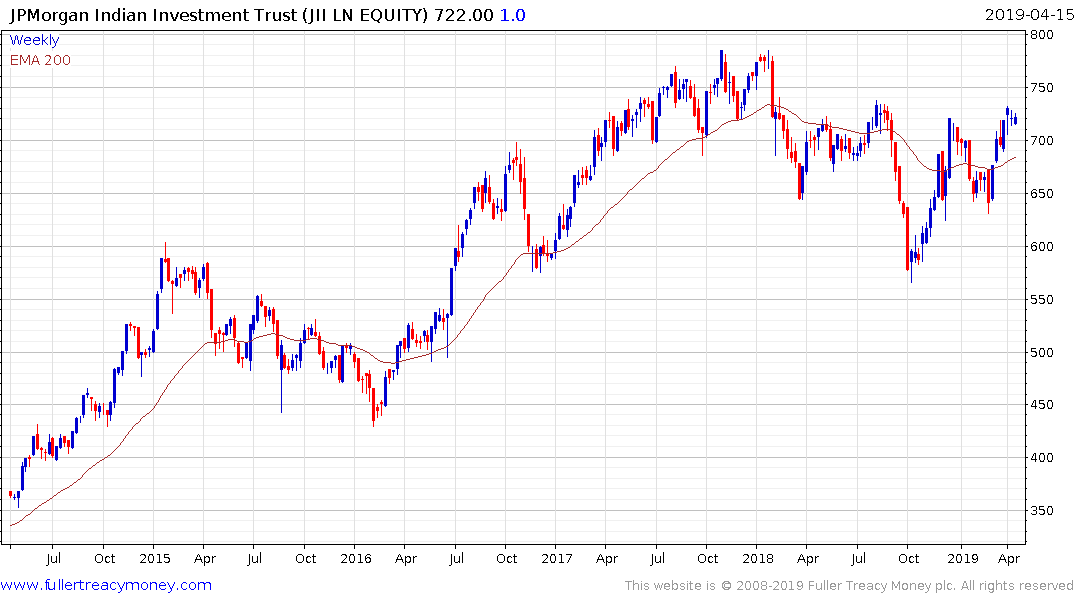 The JPMorgan India Trust is back testing its highs over the last 12 months and a sustained move below trend mean will be required to question medium-term scope for continued upside. 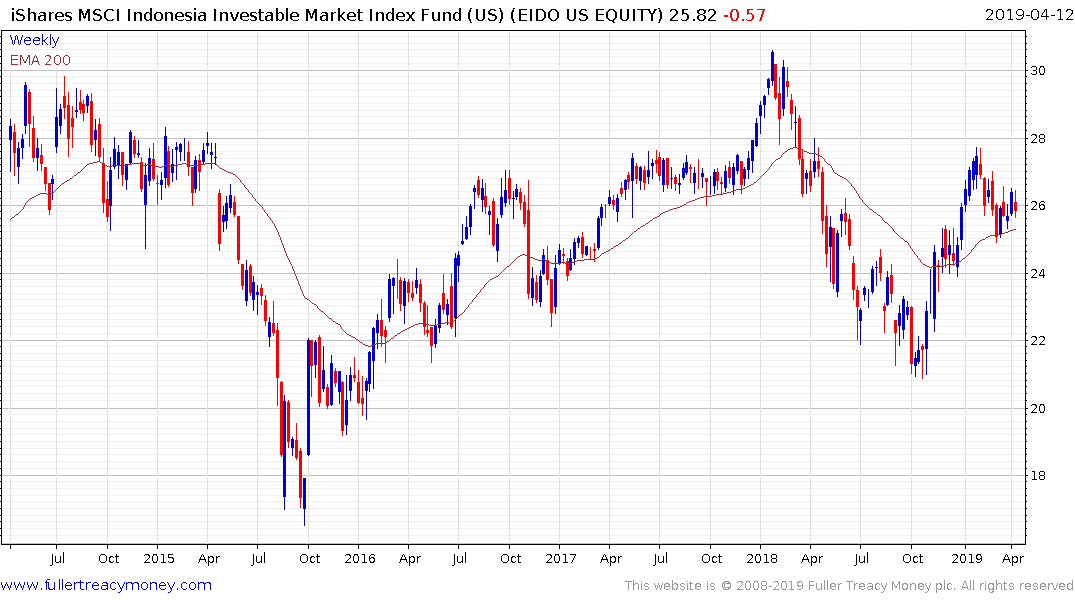 The iShares MSCI Indonesia ETF continues to consolidate above its trend mean but has been ranging below $30 since 2014. There is near-term scope for a rally back towards that level would a sustained move above will be required to confirm a return to medium-term demand dominance. 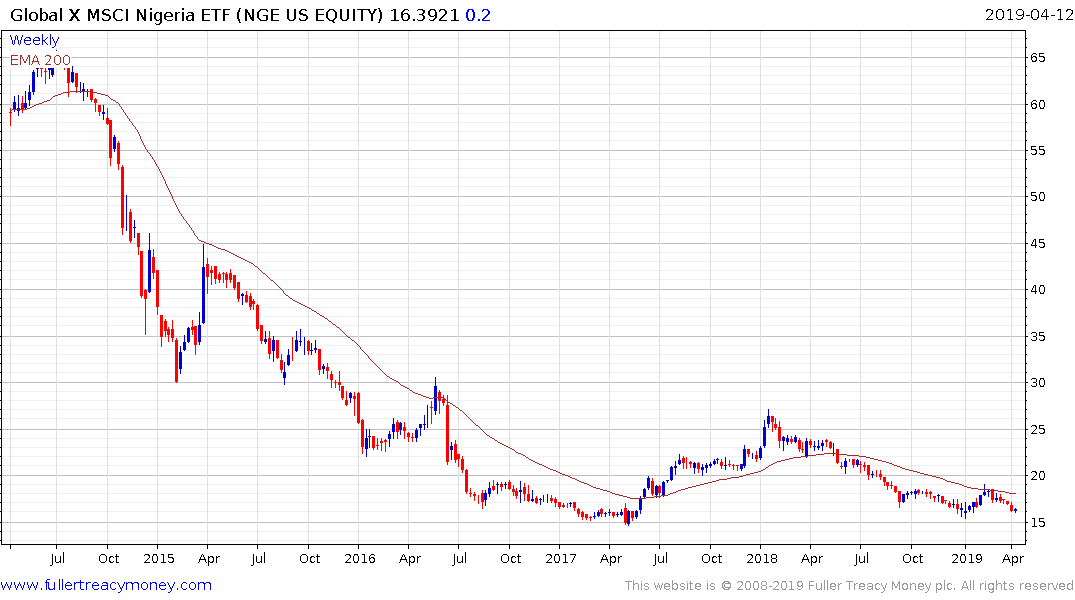 The Global X MSCI Nigeria ETF is back testing the lows from early this year and 2017. It will need holt the $15 area if support building is to given the benefit of the doubt.