Political scientist Joseph Nye believes that the key trigger in the Thucydides trap is an excessive reaction to the fear of losing one’s power status and prospects for future development. In the case of Washington and Beijing, the relative decline of America’s power and the rapid rise of China’s power destabilizes their relationship and makes it difficult to manage. Gen. Martin Dempsey, then-chairman of the Joint Chiefs of Staff of the U.S. Armed Forces, even admitted in May 2012 that his primary task was to ensure that the United States did not fall into the Thucydides trap.

As a result of the slow but noticeable erosion of the U.S. position in the Western Pacific, it is highly conceivable that a scenario could emerge in which the current hegemon is tempted to conduct a strategic counteroffensive in response to an incident, even a trivial one, in the South China Sea or East China Sea, believing falsely that it has the edge over its inferior rival. This would trigger a modern Thucydides trap.

An in-depth reading of Thucydides’ work reveals a second trap, even more complex and dangerous than the first. Thucydides clearly warned that neither Sparta nor Athens wanted war. But their allies and vassal states managed to convince them that war was inevitable anyway, which meant that both city-states would need to gain a decisive advantage at an early stage of the escalating confrontation. Thus, they decided to enter the war after being urged to do so by their vassal states.

The discussions of the Great Game between China and the USA and many interlinkages across the global economy has been fodder for analysts for much of the last five years. I believe a much greater intensification of the competition between the USA and China is likely. Arguably it is already underway. However, for outright war to take place a number of additional conditions would need to be met.

Nuclear weapons changed the calculus of great power politics and competition. Mutually assured destruction is a powerful motivation to avoid open conflict. Additionally, the ability of modern armies to quickly dispense with large troop formations means in many respects the large standing army is obsolete.

Therefore, it is reasonable to conclude that the wars of the future will be nothing like what we have seen previously. The nuclear calculus suggests escalating open conflict is out of the question unless new technology subverts it. Meanwhile the expanding cyber and space theatres have yet to be fully explored.

The vassal state angle is a possible vector for conflict however. Taiwan and Japan both have mutual defence agreements with the USA. The Philippines has been trying to play one side against the other and India is presently attempting to de-escalate a conflict with China. These are both potential areas of escalation in future. 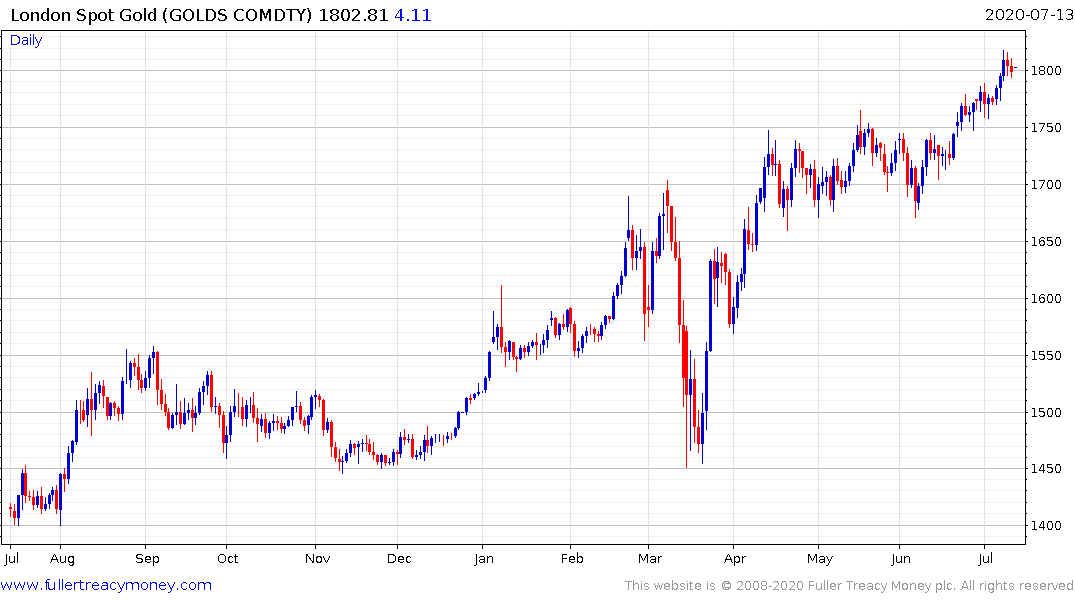 The rising geopolitical stakes are an additional reason why interest in gold continues to rise. The price continues to hold the move above $1800 and silver is now beginning to play catch up. 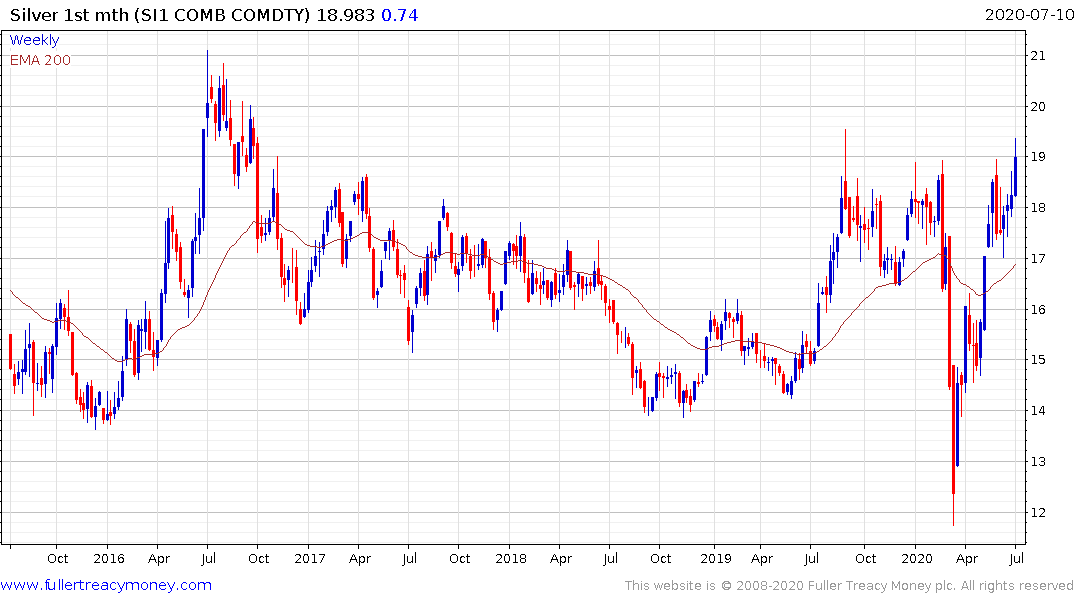 Silver needs to hold a move above $20 to complete the base formation but that is looking increasingly likely as conviction in the new gold bull market intensifies.