The Stock Market Is Suffering From Bad Breadth by Eoin Treacy

The problem for money managers is that when the returns of the market are being driven by a handful of stocks, they must own those stocks or risk underperforming the market, which creates continuous demand for those stocks that are leading the market higher no matter what their prices. And it was clear during the small correction late last month that so-called market neutral players had been using Apple, Microsoft and Nvidia as a hedge, because as the market declined, those stocks actually rose, as hedges were unwound.

There have been episodes of declining breadth in the past, and those usually presage large corrections or bear markets. The Nifty 50 episode in the 1960s is one example. But even in the dot-com bubble, breadth declined steadily until March of 2000, at which point there was only one stock standing: Cisco Systems Inc. When Cisco broke on an earnings report, that was it for the dot-com bubble.

This talk of declining breadth has been pervasive over the last month and has led to a great deal of hand wringing among market participants. At least part of the reason for that has been the significant underperformance of the “innovation” stocks relative to the mega-caps. These were sold on the basis of being the next big thing a year ago and have significantly underperformed in 2021.

This screen grab from Bloomberg highlights what percentage of shares are trading above their respective 200-day MAs in various global markets. The 26% reading for the Nasdaq Composite is low. However, what is less remarked on is the 2020 period, when a large number of Nasdaq stocks traded about the 200-day MA, was an outlier. 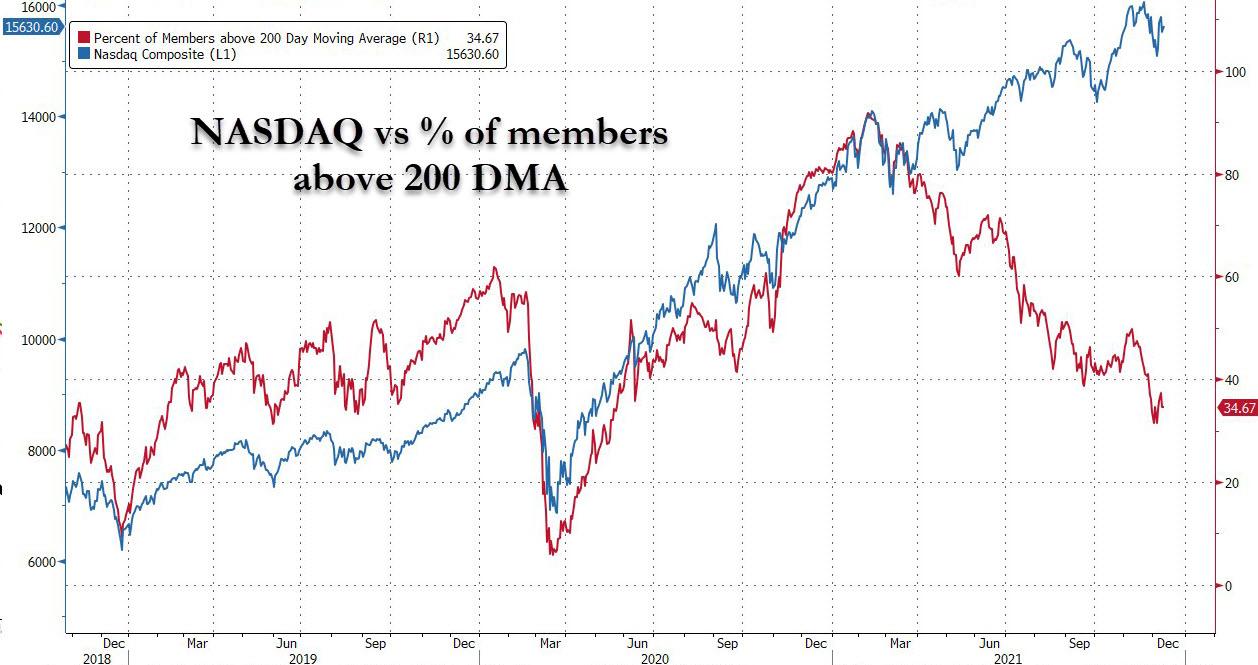 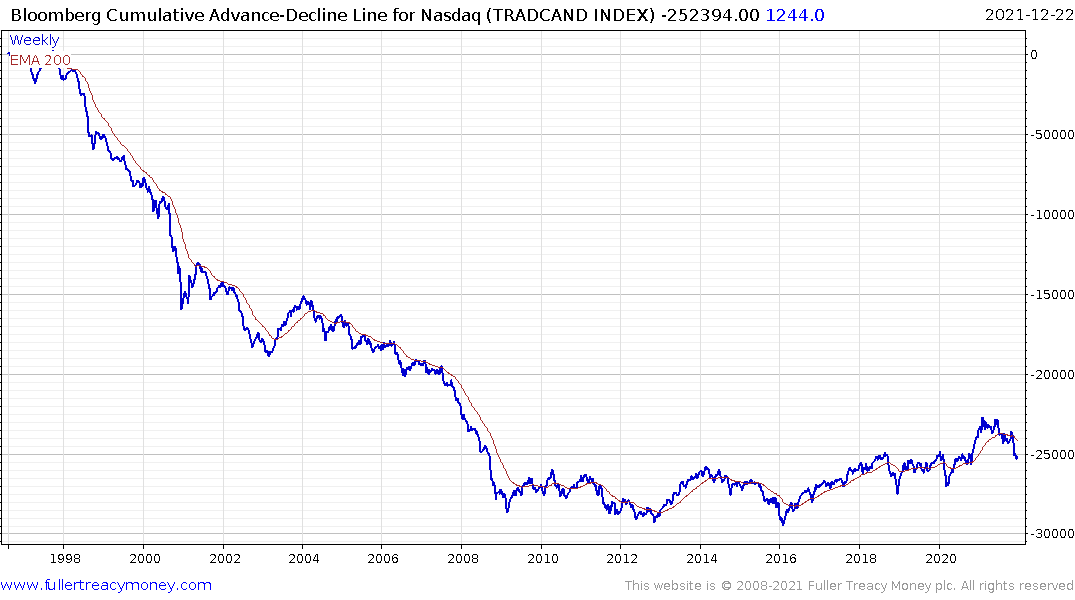 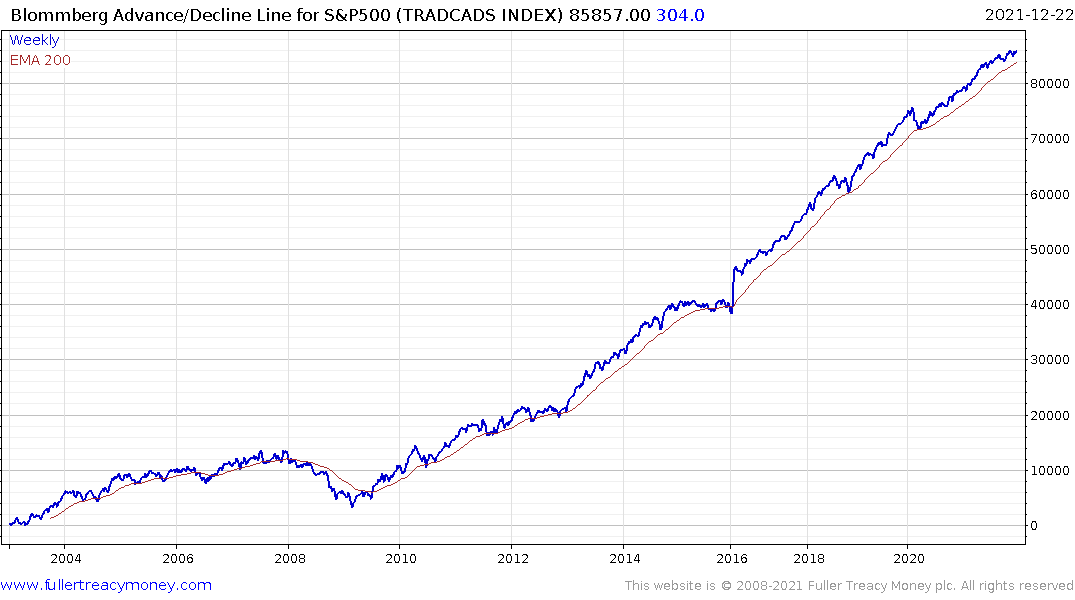 The Advance/Decline Line for the Nasdaq looks totally different from that for the NYSE or the S&P500. The reason for that divergence is small cap stocks. The NYSE is a much larger cap grouping than the Nasdaq Composite. 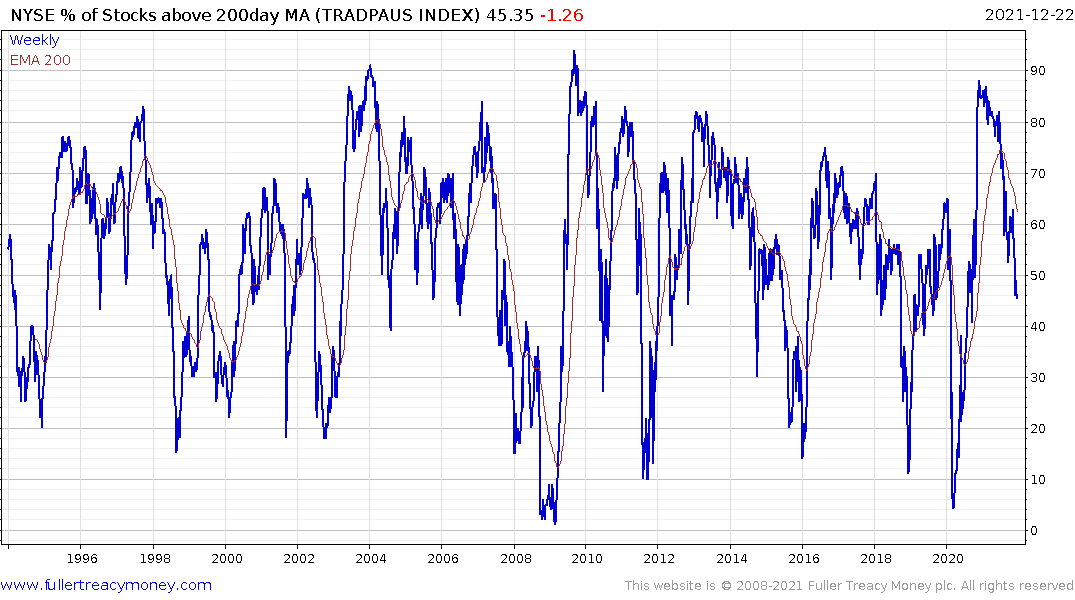 It is normal for some form of sorting process to evolve following the rebound from a big decline. Combined monetary and fiscal stimulus lifted values for everything. As that fountain of liquidity is dialled back, it is reasonable to expect a lot greater divergence in performance. That’s why the number of shares trading above their trend means declines. It did the same thing in 2010. 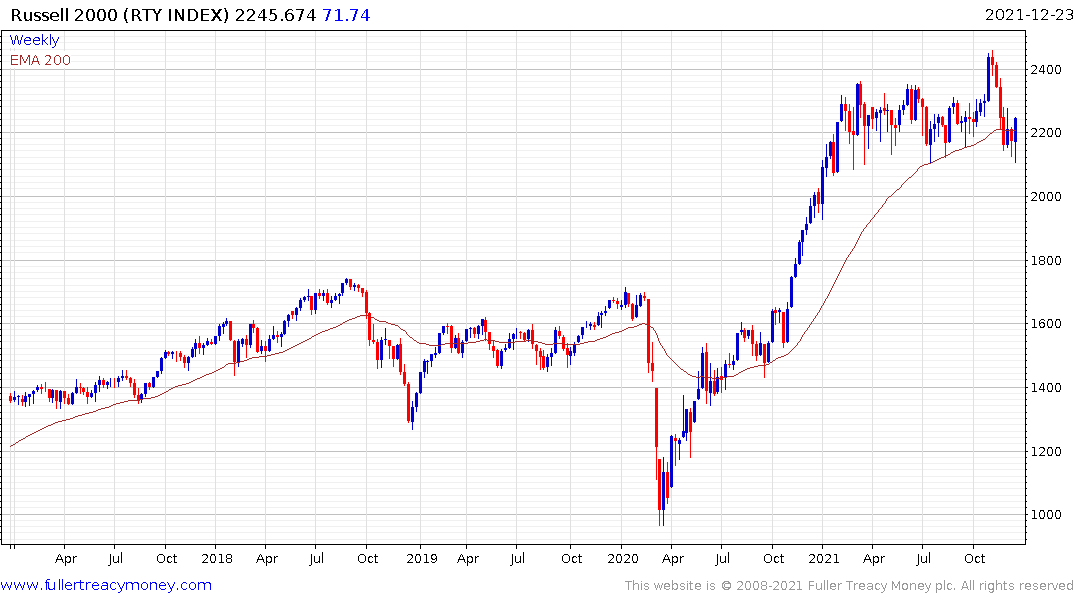 With the Russell 2000 finding support this week. I believe it is quite plausible to expect market breadth to improve in Q1 2022.