The Sharing Economy Was Always a Scam
Comment of the Day

The Sharing Economy Was Always a Scam by Eoin Treacy

In some instances, the sharing economy appeared to inflame the very problems it purported to solve. The supposed activation of underutilized resources actually led to more, if slightly different, patterns of resource consumption. A number of studies have shown that the ease and subsidized low cost of Uber and Lyft rides are increasing traffic in cities and apparently pulls passengers away from an actual form of sharing: public transportation. Students at UCLA are reportedly taking roughly 11,000 rides each week that never even leave campus. In putting more cars on the road, ride-hail companies have encouraged would-be drivers to consume more by buying cars with subprime loans or renting directly from the platforms themselves.

Early sharing champions were ultimately correct about technology enabling a shift away from an ownership society, but what came next wasn’t sharing. The rise of streaming services, subscription systems, and short-term rentals eclipsed the promise of nonmonetary resource sharing. The power and control wasn’t decentralized; it was even more concentrated in the hands of large and valuable platforms.

Why go through the trouble of swapping your own DVDs for a copy of Friends With Benefits, after all, when you can stream it through Amazon Prime Video for $2.99? The idea of paying for temporary access to albums rather than outright owning them may have been galling at first, but we’re increasingly comfortable with renting all our music, along with our software, and our books. Downloading and sharing the materials that live on these streamed resources is impossible, illegal, or both.

The evolution of the subscription business model has helped to streamline balance sheets and has essentially turned the lumpy cashflows of technology companies into the equivalent of consumer staples. That is one of the primary reasons they have continued to be able to command such high valuations.

My mother was a camogie coach for girls, many of whom were from families that were a lot poorer than ours. I remember visiting houses as a child where electricity was coin operated. One of our family friends had a furniture store and a big part of his business was renting tables, chairs and beds. Even as a child I had trouble understanding why anyone would rent a table rather than buy one, but access to liquid funds was a major obstacle to any big purchase. Credit unions are still one of the ways people get out from under the usurious demand on their cashflow because as my mother used to say, "at least they won’t take your home".

Ikea started out as providing cheap flat pack furniture but today is getting into the rental business. Imagine that, paying for Ikea furniture, not even on lay away, but forever.  Travis Kalanick is now competing with Uber to rent kitchens to restauranteurs so they can supply UberEats. Apple and Disney’s streaming services launch later this month.

Corporations have concluded that the ownership model is dead, not for any high-minded idealism about sharing, but because they believe fewer people will have the cashflow to buy goods outright. That’s the real reason behind the embrace of the subscription model. It is already evident in the preference for building apartments over single family homes and it is also behind the rise of the ride sharing model over car ownership.

The big challenge for ride sharing is it doesn’t make a profit and it is questionable whether that is possible as long as they are employing drivers. Uber claims 3 million drivers and Lyft about 1.4 million. There is obviously some cross pollination since many drivers use both apps. However, I think it’s reasonable to conclude there are approximately 1.5 million drivers in the USA.

There has been much speculation about the rise in the number of car loan delinquencies over the last few months. I think it is quite likely that many drivers cannot make ends meet when they get to the end of the year and start totting up what they spend on gasoline, insurance, maintenance and taxes compared to what they make from ferrying people around. Little wonder Lyft and Uber are now in such a hurry to IPO. 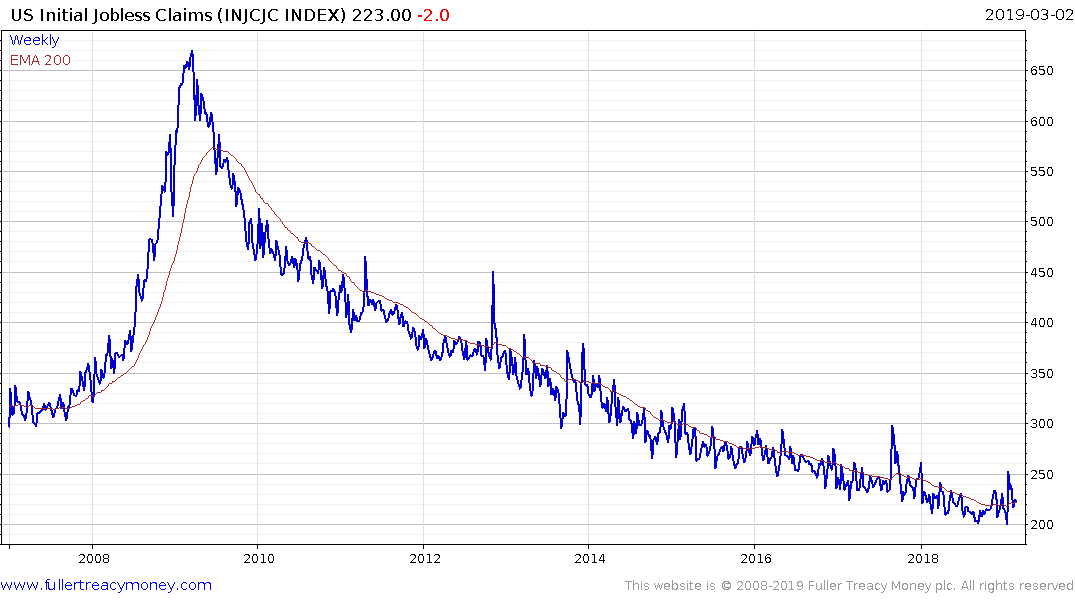 A question I have not seen explored is how much Uber and Lyft have contributed to the fall in unemployment in the last decade? One would have to assume it is pretty considerable considering the number of drivers they have. That suggests they represent a significant risk to the economy if they lose the faith of investors in their potential to reach profitability.