In absolute terms, the opportunity set is extremely challenging. However, when assets are priced for perfection as they currently are, it takes very little disappointment to lead to significant shifts in the pricing of assets. Hence our advice (and positioning) is to hold significant amounts of dry powder, recalling the immortal advice of Winnie-the-Pooh, “Never underestimate the value of doing nothing” or, if you prefer, remember – when there is nothing to do, do nothing.

Markets appear to be governed by complacency at the current juncture. Indeed, looking at the options market, it is possible to imply the expected probability of a significant decline in asset prices. According to the Minneapolis Federal Reserve, the probability of a 25% or greater decline in US equity prices occurring over the next 12 months implied in the options market is only around 10% (see Exhibit 12).

Now we have no idea what the true likelihood of such an event is, but when faced with the third most expensive US market in history, we would suggest that 10% seems very low. But, one thing we have a high degree of confidence in is that Trustee Smith’s recommendation to concentrate his portfolio into indexed US equites, shun diversification, and sell international equities will ultimately increase the real risk in his portfolio, i.e., losing money, and make it even more difficult to meet the required rate of return. Good luck to you, Trustee Smith. It seems you are going to need it.

The stock market has been rallying since 2009 and it is natural at this stage to question where are we in the cycle as a way of determining what we might hope to expect next.

Extraordinarily low interest rates, which have persisted for longer than many ever believed possible, have distorted how valuations are calculated. For example, one of the reasons not even one US stock complies with Benjamin Graham’s deep valuation metric as described on page 6 is because zero interest rates have created an undeniable incentive to increase debt issuance. That debt has been used to refinance old loans, buyback stock and pay dividends all of which have contributed to higher prices and therefore a higher P/E ratio because financial engineering does not tend to boost real earnings. That supports the argument the market is expensive.

However, we are also now back in a period of synchronised global economic expansion, central banks are only really just beginning to talk about how to remove some of the extraordinary largesse they have poured into the market, there is still potential for US tax reform and the tailwinds of the energy revolution, technology innovation and the rise of the global consumer remain powerfully bullish characteristics. That doesn’t mean the market is cheap but it questions whether it will stop going up.

Regarding to the cyclical bull market which began in 2009, we may be entering the third psychological perception stage, which is often characterised by euphoria. However, that also helps to highlight the fractal nature of markets because the cyclical bull stands within a wider secular bull market that is nowhere near peaking if the Dow/Gold ratio is any guide. 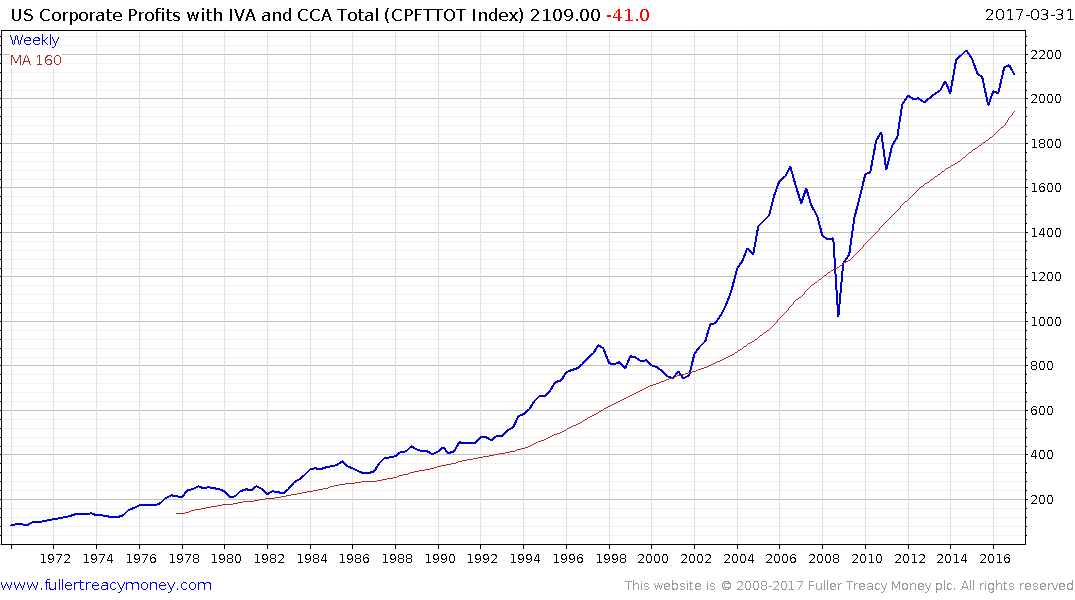 Meanwhile US Corporate Profits hit a peak in 2014 and will next be updated on August 30th, for the second quarter. Without a move to new highs valuations can only move higher if the price is to be sustained at current levels. 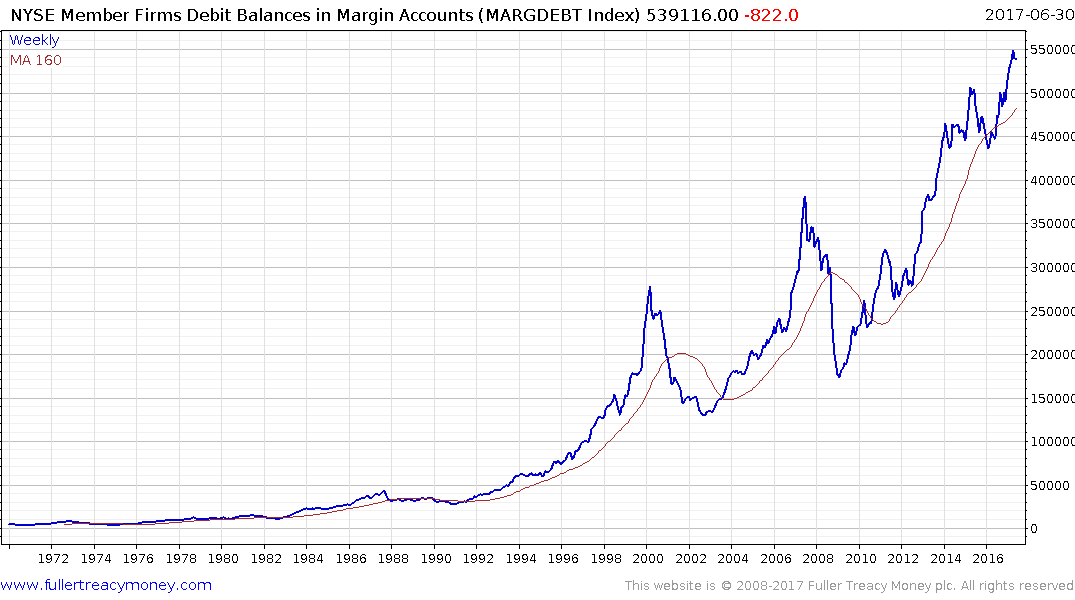 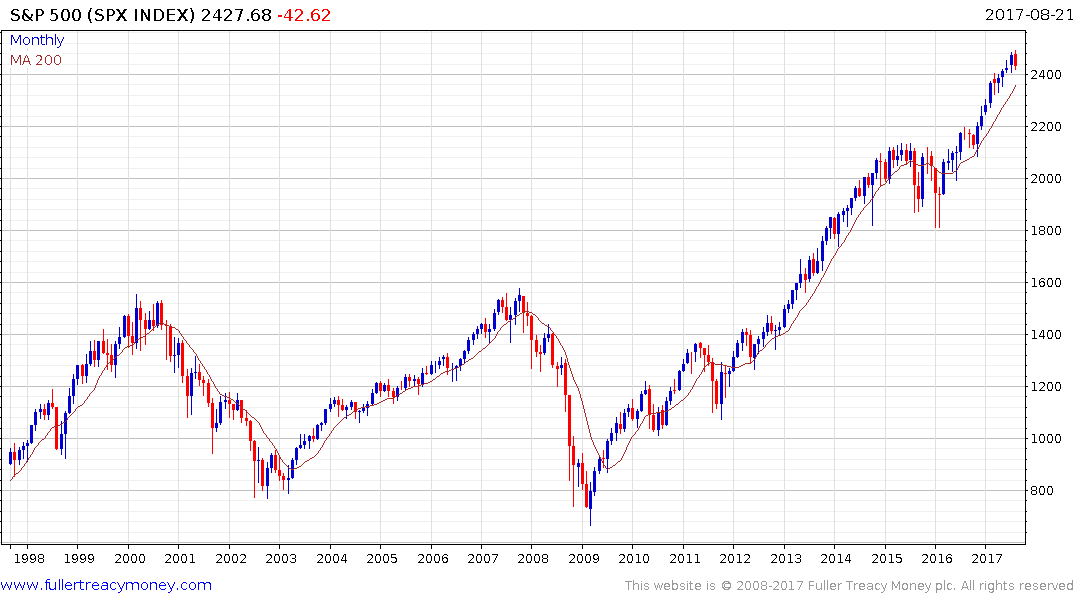 The S&P500 has experienced an incredibly consistent rally since the Presidential election in November but is susceptible to a somewhat larger reaction from the region of the psychological 2500 level and to unwind its overbought condition relative to the trend mean.