The rally since January has added more than $893 billion to the value of the country’s equities, lifting Shenzhen’s risky startups and state-backed giants alike. The rebound has been so quick and widespread that it’s already triggered signs of overheating in four of China’s major benchmarks. The CSI 300 Index’s 15 percent rally is its best start to any year in a decade, and turnover across all exchanges is near the highest since March.

While valuations have been low for months, Chinese equities really took off only after another set of weak economic data made monetary policy easing almost a certainty. Gains intensified when the new securities watchdog eased restrictions on trading, encouraging an increase in leveraged bets. Ample liquidity and a streak of foreign buying have fueled volumes.

“It’s essentially a reflection of change in investor expectations,” said Wang Chen, a Shanghai-based partner with XuFunds Investment Management Co. “The rally’s been driven by a return in risk appetite and a valuation catch-up.”

The campaign to reduce leverage and the influence of the shadow banking sector has been underway for two years and has resulted in a significant economic deceleration. The slowdown has hit consumer sentiment and spending has been contracting as people defer purchases. That is showing up in the performance of automakers, supplement producers but less so in luxury goods. This suggests the change in consumer behaviour is more about the actions of middle class rather than wealthy individuals.

If they are to avoid a recession now is the time for China’s administration to start easing and there is increasing evidence that is what’s happening. The rebound in the stock market has broken the downtrend. 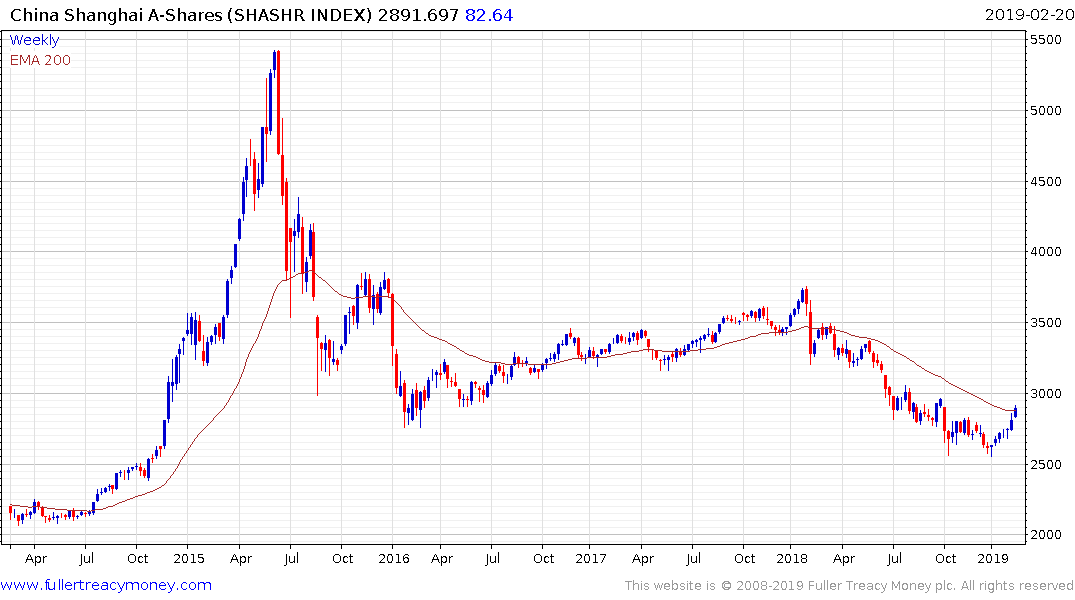 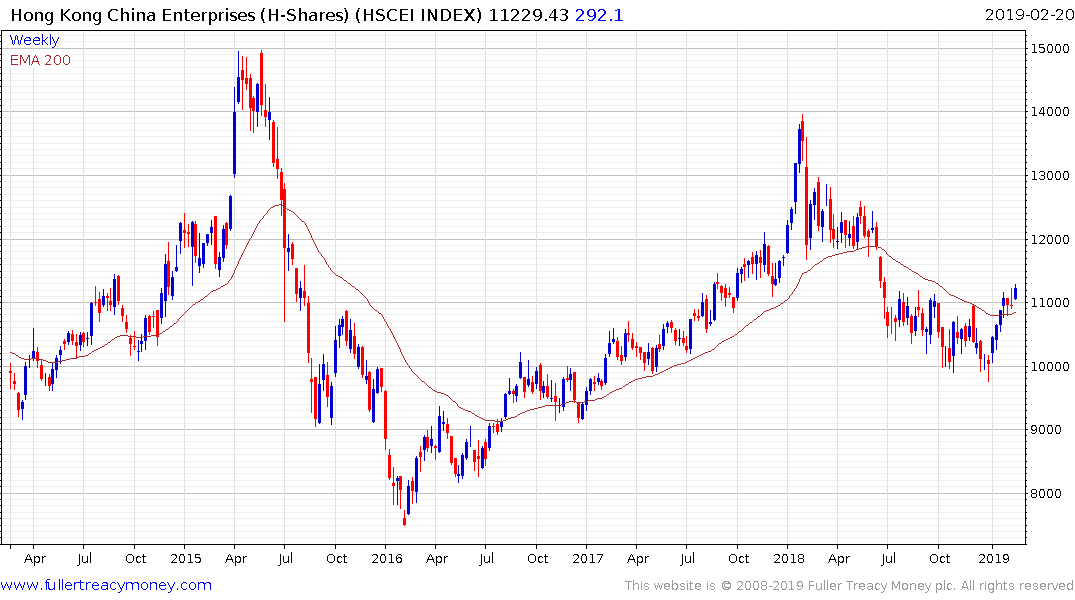 Meanwhile copper has broken out of its seven-month range suggesting improving optimism about the outlook for a Chinese stimulus. 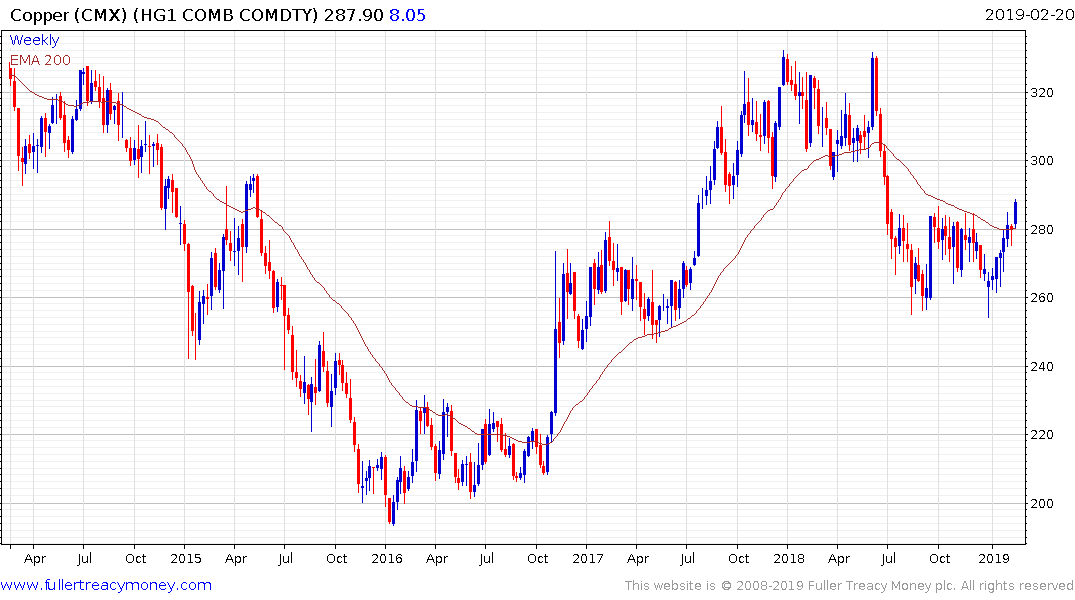 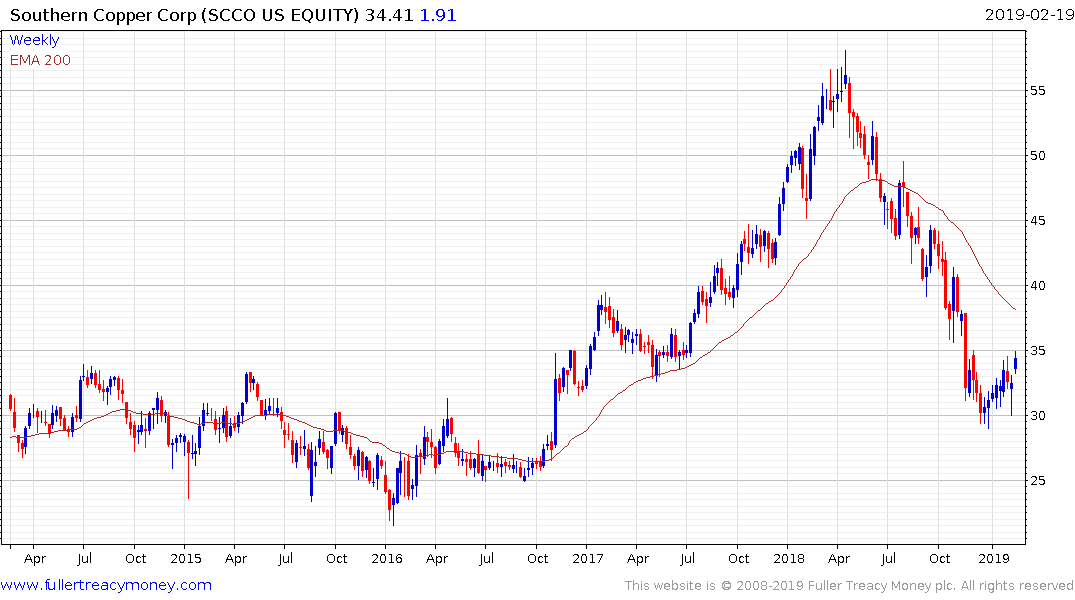