The need for nickel investment now
Comment of the Day

The need for nickel investment now by Eoin Treacy

The situation with Indonesia is that I don’t think that anybody saw that Indonesia was going to ban all exports in totality. The general thinking was that there would be allowances for those that were looking to build smelters within Indonesia to continue ore exports beyond January 12 and the ban. Clearly what didn’t happen, they completely banned all exports as of January 12 and that seems to be holding. That means that everybody has been caught slightly on the hop and it does change the dynamics of the nickel industry completely in that we’ve gone from a situation of potentially being oversupplied for the next five or six years in terms of nickel supply because of the growth in nickel pig iron production, to a situation where at some point in time potentially taking out at least 300,000 tons of nickel production, that brings a whole new dynamic to the nickel industry and in terms of the supply requirements going forward. In terms of the ban itself… is it going to hold? There is still some uncertainty around the fact, there are elections coming up and there’s a certain thinking that maybe the change in government, there may be a change of heart and that the export ban will be rescinded. Our view right now is that won’t be the case and the ban will stay in place and it’s now a new era for nickel… having seen nickel pig iron come to fruition back in 2005, now we have a big sea change of actually taking nickel pig iron out again by virtue of this ban. So, it’s going to be an interesting dilemma going forward.

Over the last decade we have seen a number of instances where high prices encourage previously uneconomic ventures to blossom. China’s development of the nickel pig iron sector is one such instance, where a previously ignored segment of the market grew to become the marginal producer; hitting a capacity of as much as 8 million tonnes last year. Surging supply from this sector then helped to overwhelm demand and prices collapsed.

Smelting is generally a dirty business but the low tech methods employed by large numbers of Chinese operations, not just in nickel but in a range of other metal fabrications, are major contributors to the nation’s pollution. When the administration speaks of rationalising heavy polluting sectors, the smelting sector is close to the top of their list. This would suggest that inefficient producers will be forced to either innovate or close which is likely to remove supply from the market.

The collapse in industrial metal prices was of particular concern to Indonesia which saw its revenues deteriorate. Additionally, with a large young population Indonesia has a vested interest in fostered domestic metal fabrication in order to boost its manufacturing sector. The ban on ore exports is aimed at creating a domestic industry and the outlook for metal prices is likely to hinge on whether the policy is sustained after the upcoming election. 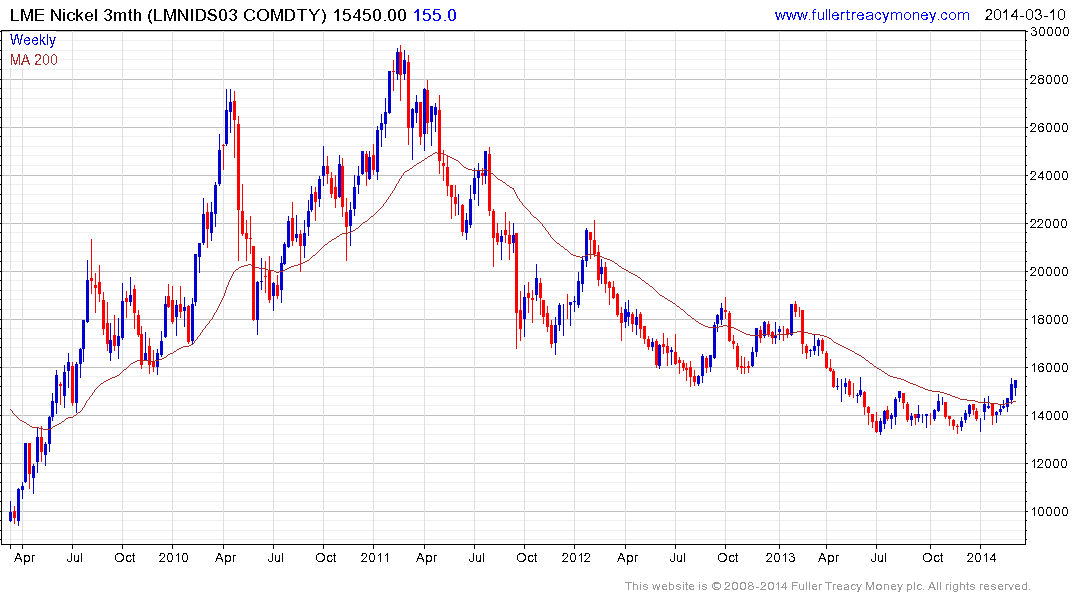 Nickel prices stabilised below $15000 for much of last year and broke out two weeks ago to suggest a return to demand dominance beyond the short-term. 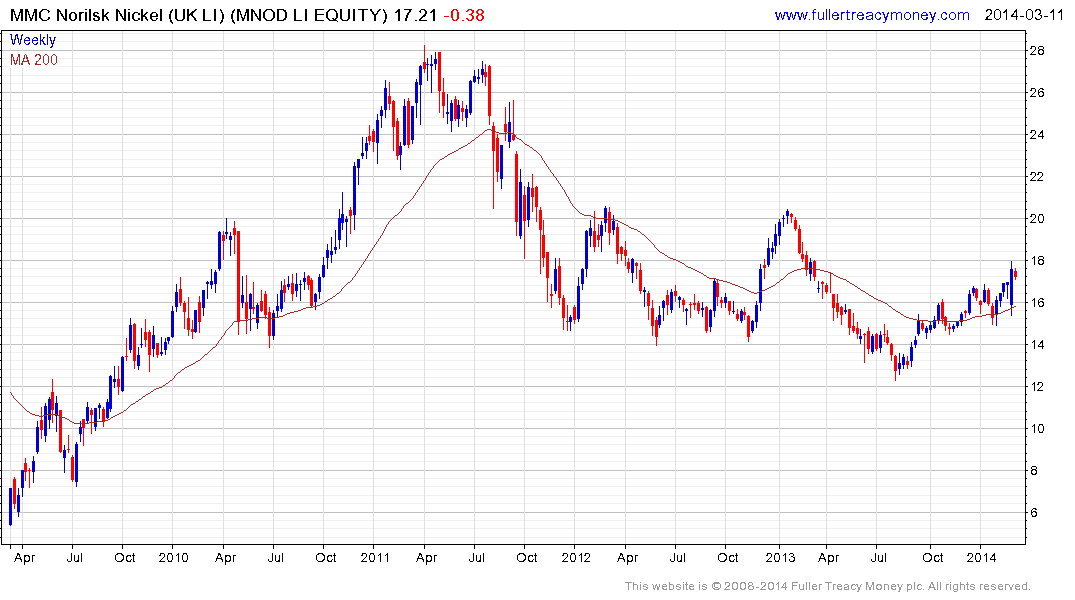 Russia, London and US listed Norilsk Nickel has held a progression of higher reaction lows since August and a sustained move below $15 would be required to question current scope for additional upside. The company is also among the world’s largest producers of palladium. 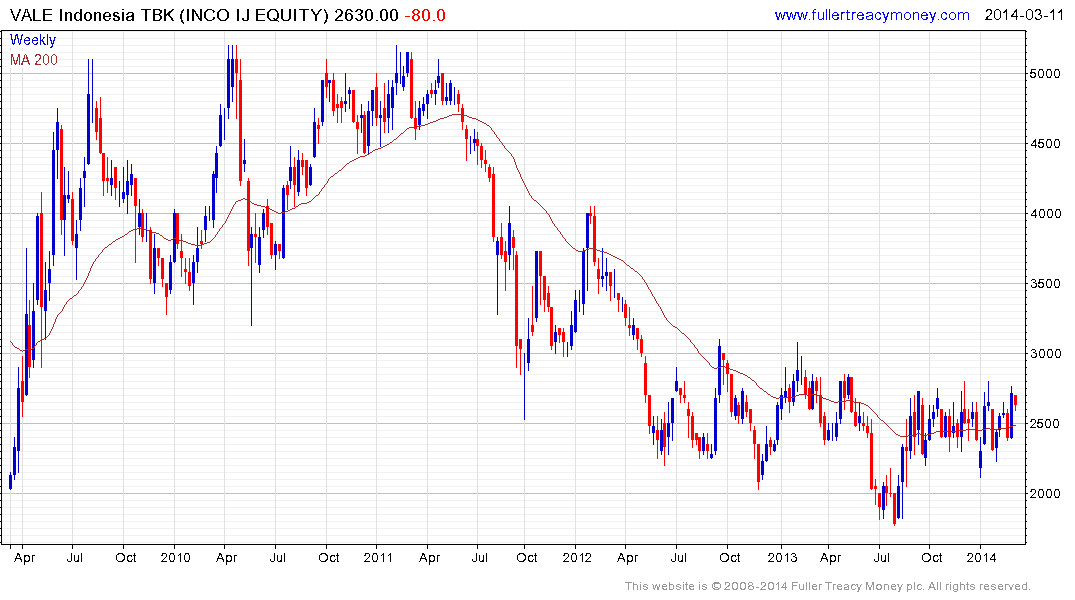 Through its acquisition of Inco, VALE took control of significant Indonesian nickel resources. VALE Indonesia has been forming a base above IDR2000 since 2010 and a break above IDR3000 would confirm a return to medium-term demand dominance.