The Navy Says Those UFO Videos Are Real by Eoin Treacy

That terminology is important. "Unidentified Aerial Phenomena" provides "the basic descriptor for the sightings/observations of unauthorized/unidentified aircraft/objects that have been observed entering/operating in the airspace of various military-controlled training ranges," Gradisher told The Black Vault.

In other words, the Pentagon says the aerial objects in the videos are simply unidentified, and for now, unexplained. The Navy is pointedly not saying the objects are flying saucers or otherwise controlled by aliens.

Earlier this year, the Department of Defense told The Black Vault that the videos were unclassified, but never cleared for public release, and that there had been no review process within the Pentagon for releasing them.

This is either a big piece of technological news or one of the best pieces of counter intelligence in recent times. 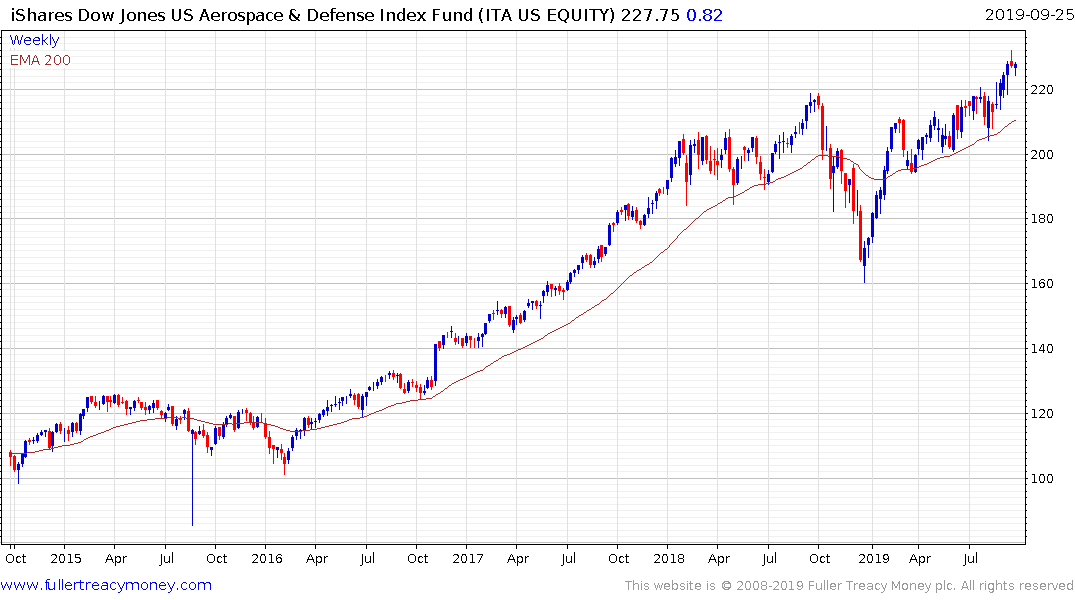 The iShares US Aerospace & Defense ETF continues to extend its breakout to new highs and while somewhat overbought condition, a sustained move below the trend mean would be required to question medium-term scope for continued upside.