Republicans in Senate and then House did the opposite this past week, voting along party lines to reverse the consumer protections. Comcast, AT&T, Verizon, and other companies have long wished to leverage personal data, seeing Google and Facebook making billions from it through customized advertising revenue. Most web sites, including Bloomberg.com, track Web use in order to deliver relevant advertisements to users.

The ISP’s could not win a policy argument before the FCC, but Congress was willing to act quickly amid the flurry of big issues confronting the public in the first 100 days of the new administration.

Once President Trump signs this bill into law, as he has pledged to do as part of his assault on Obama-era regulation regardless of their value, these telecommunication companies will be able to monitor all sorts of data use and cross-reference it with a user’s location, the time of day, and even the concentration of other service users. As more commerce occurs through phones, these companies could launch payment applications that muscle out similar services from Apple or Google. That kind of consumer data is especially valuable. Then, telecommunication companies could sell ads on the locked or home screen of a phone -- something even Google and Facebook can’t do.

Beyond that, Congress is also removing regulations that made telecommunication companies responsible for the leads of valuable -- and possibly dangerous -- private information through security breaches.

I can imagine that many US citizens are not particularly happy with the move to allow internet service providers to sell our household’s browsing history. Nevertheless, if this does in fact pass into law it will afford a number of, what are otherwise considered rather staid, companies the opportunity to compete for ad revenue with the likes of Google and Facebook. 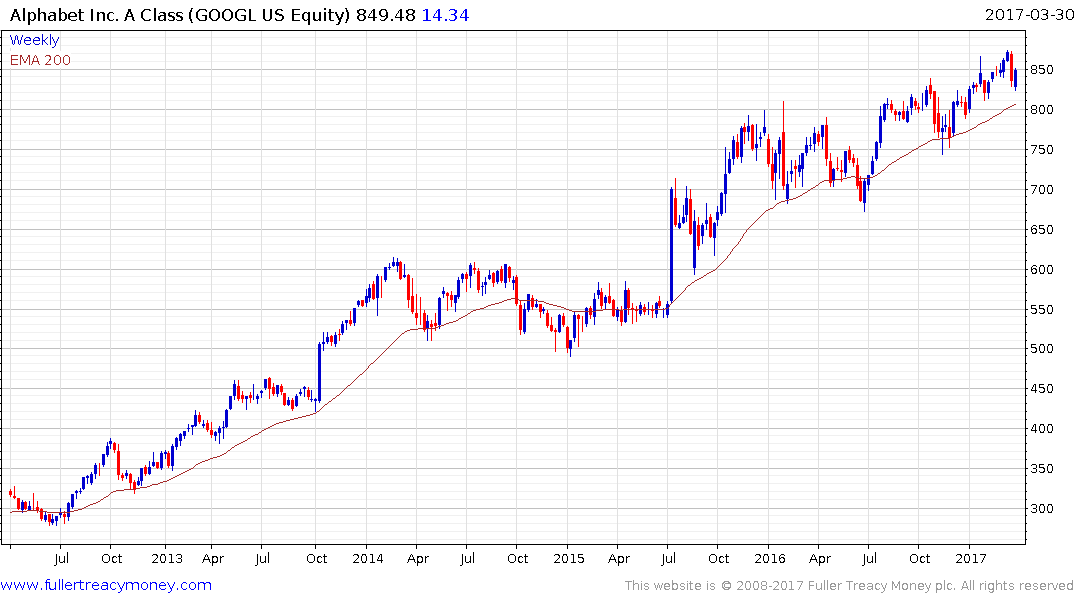 Alphabet’s chart pattern has transitioned from what had been a reasonably consistent step sequence uptrend with a series of $100 ranges and $100 rallies into a less consistent advance which is developing wedge-like characteristics. That suggests the relationship between supply and demand has changed and a sustained move below the trend mean would confirm medium-term top formation completion. 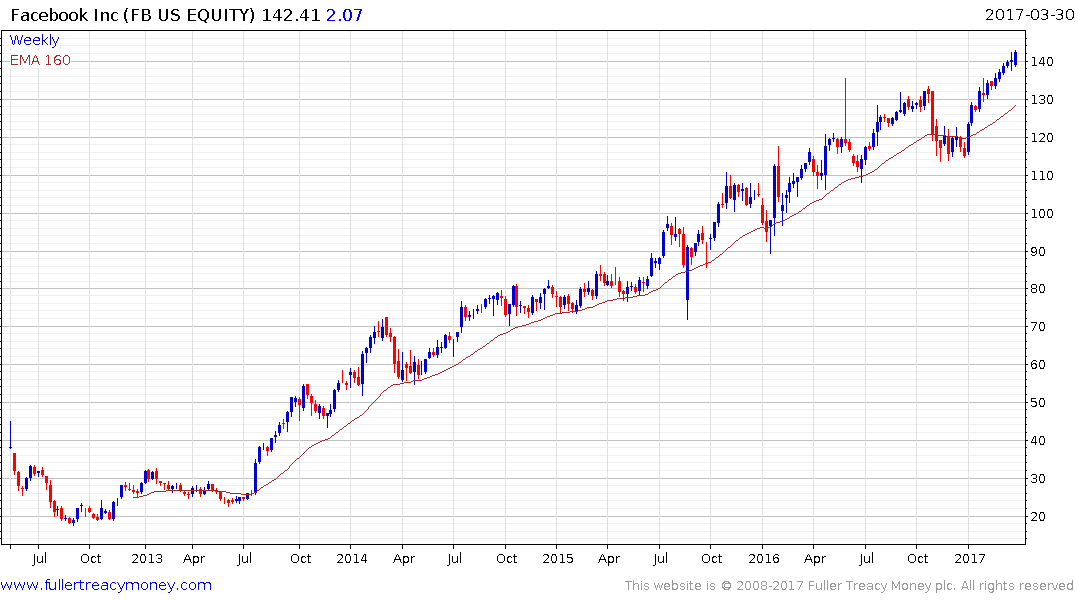 Facebook is overextended relative to the trend mean and every other time it has been this overextended it has pulled back. Therefore it is reasonable to expect that the risk of at least some consolidation is more likely than not. 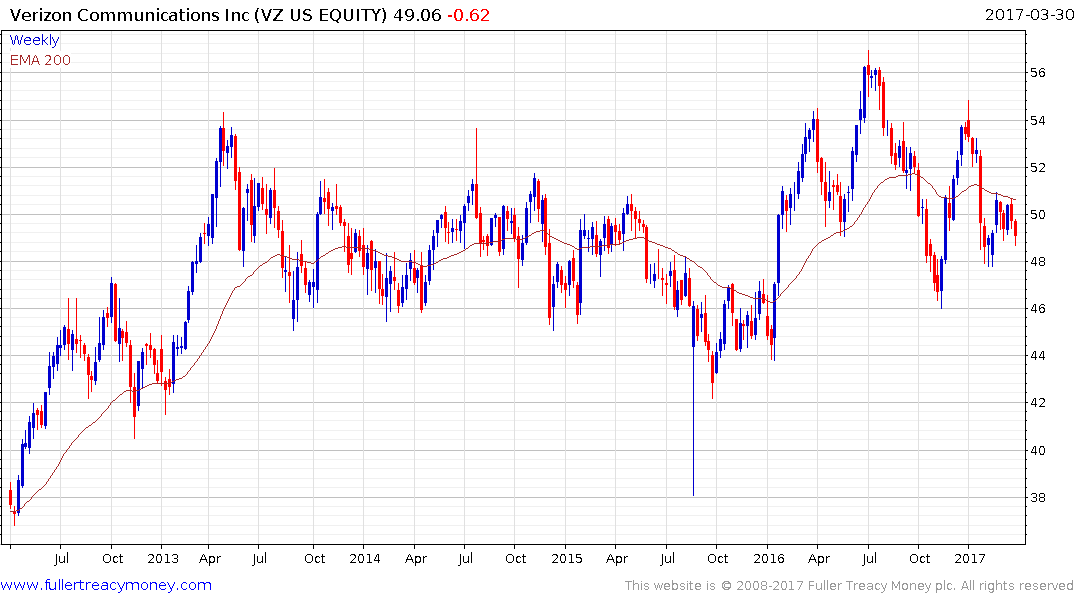 Verizon has been largely rangebound since early 2013 and experienced a great deal of volatility in 2016. The share needs to hold the $48 area if potential for higher to lateral ranging is to be given the benefit of the doubt. 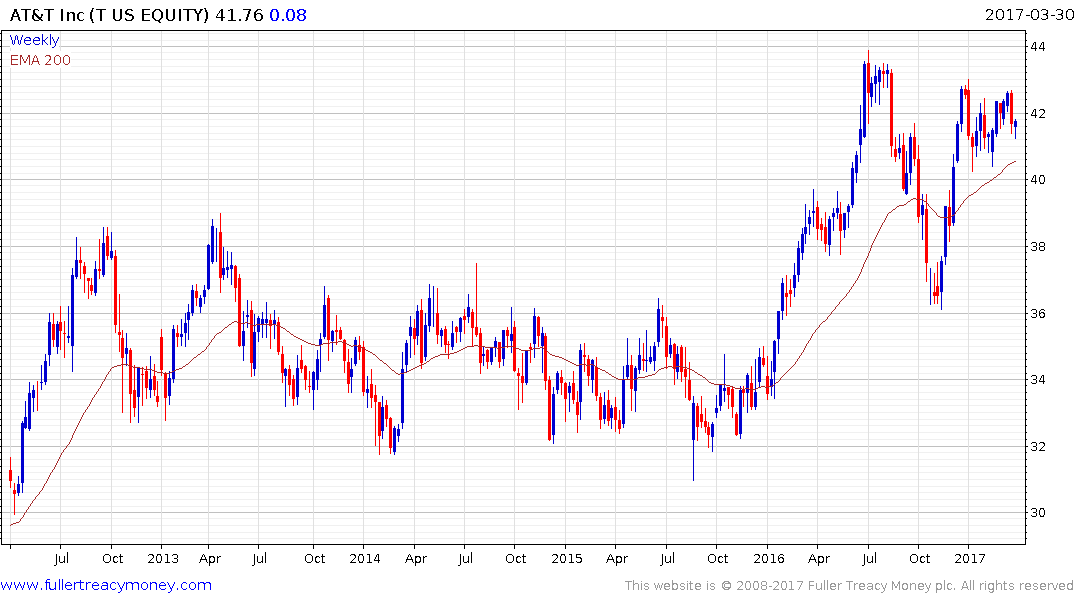 AT&T bounced from the November lows to retest its recovery peak and has been consolidating above $40 since December. A sustained move below that level would be required to question potential for a successful upward break. 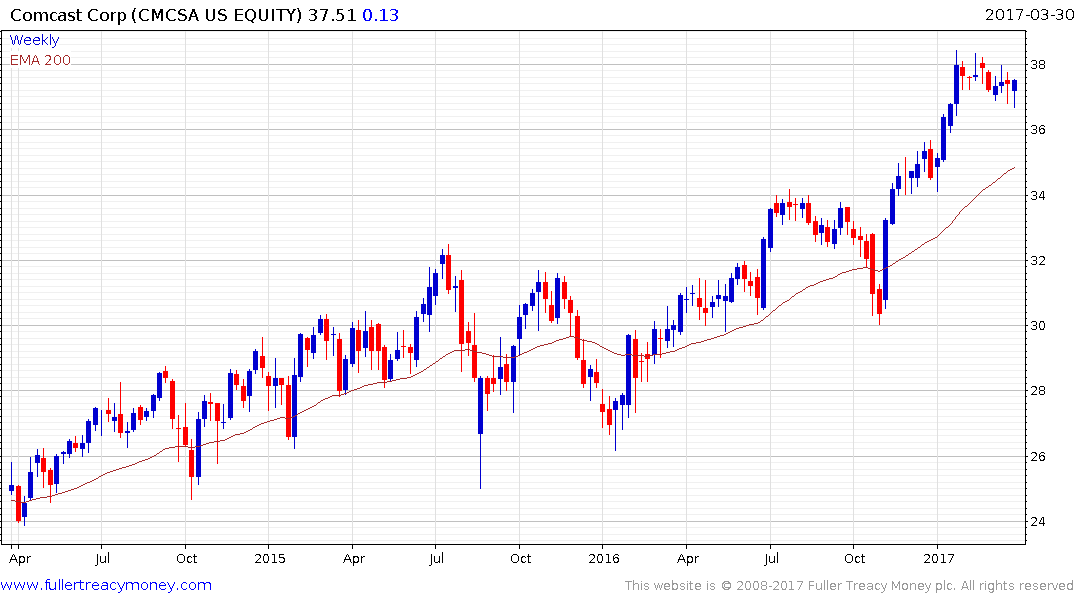 Comcast has been trending higher in a reasonably consistent manner since 2009 and a sustained move below the trend mean would be required to question medium-term upside potential. 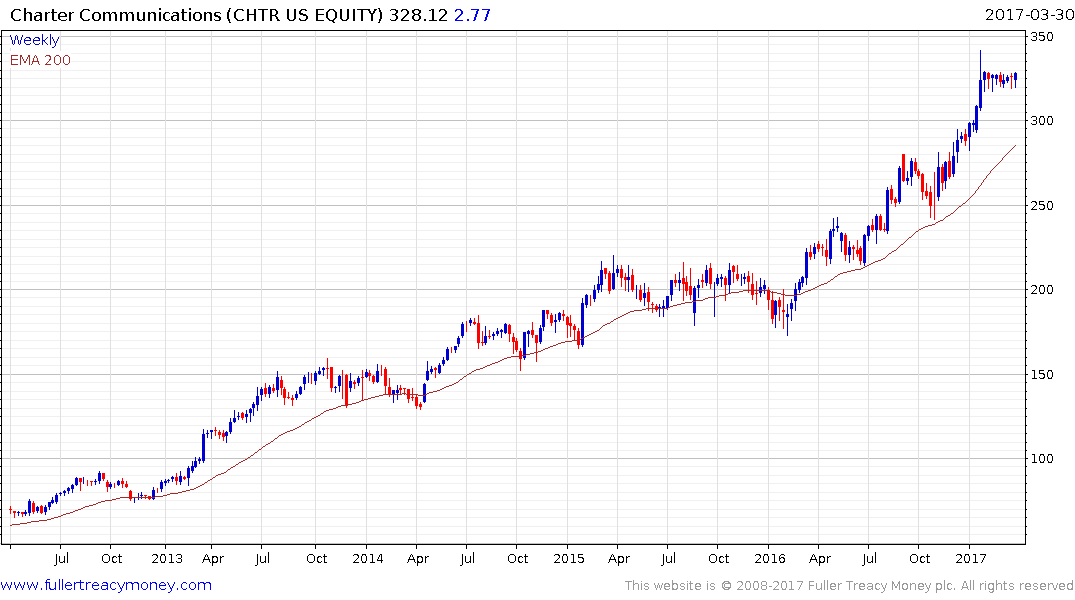 Charter Communications accelerated to its January peak and has so far held the majority of the gain which has allowed the overextension relative to the trend mean to be at least partially unwound.