The Macro Case for Precious Metals
Comment of the Day

The Macro Case for Precious Metals by Eoin Treacy

As inflation continues to develop in the economy, see below the incredible link between gold and CPI since the GFC.

Note how after the pandemic lows, gold front ran the potential risk of a rise in consumer prices and the entire precious metals market appreciated sharply.

It is important to remember that before recently peaking, gold had been going on a streak for two years already.

The metal was up more than 75% from August 2018 to August 2020 and even reached historical highs during this period.

Back then, with CPI around 1%, very few investors foresaw inflation as a risk to the economy. Now it is a real problem.

We think gold likely appreciated too quick and too fast becoming what some thought as an obvious trade.

​Extreme sentiment probably explains the reason for its recent weakness after signaling way earlier than any other asset the possibility that an inflationary environment could be ahead of us.
We are now on the other side of this extreme.

I have a lot of sympathy with the view that gold ran ahead for almost two years so it was due a pause. We also know that medium-term corrections in gold can last up to 18 months so it is a good time to start looking at the sector again since the peak was in August 2020.

There is no question that gold shares are cheap and have enviable free cash flow yields. At some stage there will need to be a new exploration and development cycle, but there is no sign of appetite for that kind of financial risk at present.

Company boards have been chastened following a crushing bear market and want to ensure they are in a financial position to survive regardless of what may come. That suggests, it will be a while before we see them scrambling to buy. That supports the argument they will become magnets for value investors looking for bargains and potential for dividend increases.

Let’s also examine the counter argument. If gold priced in the rise in inflation by rallying so impressively to the peak almost 15 months ago, doesn’t that also imply inflationary fears are going to ease in the coming year? Since gold has been ranging rather than significantly declining that’s pricing in a lull rather than a reversal. 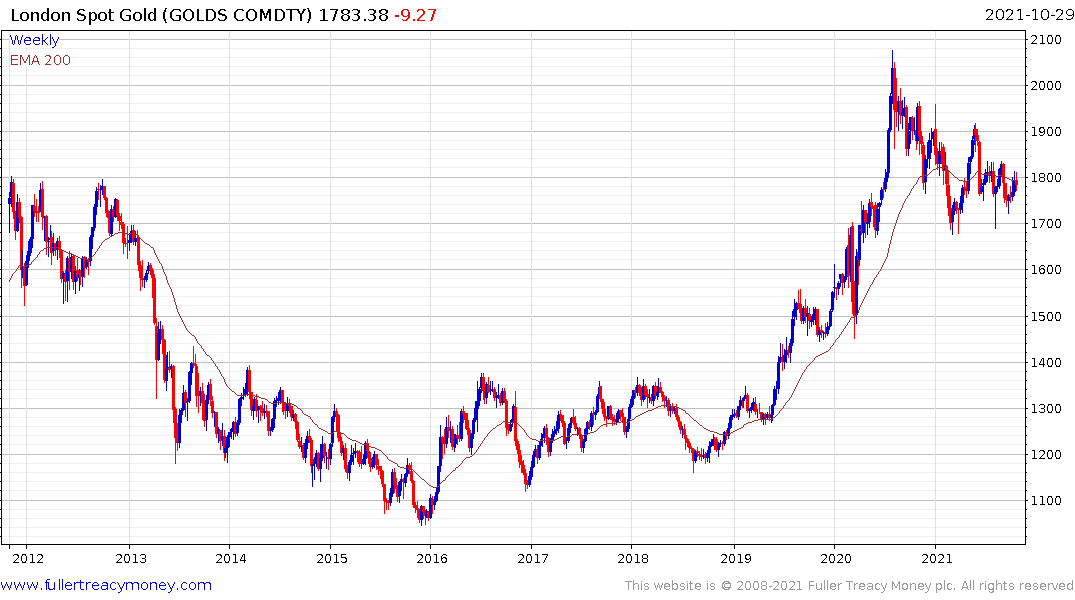 Gold has been forming a triangular pattern for the last five months and volatility has moderated. That suggests a war between supply and demand is underway where we still see stabs on the downside but they are getting smaller and are not being sustained. Those willing to buy the dip are stepping in at successively higher levels even as sellers are willing to provide supply at $1800. Eventually, one side or the other is going to gain precedence and a big breakout will occur, as the opposite side scrambles to unwind leverage and new participation is encouraged.

I remain of the view the breakout will be on the upside because I don’t see people suddenly accepting lower wages and I believe inflationary pressures are here to stay. It is going to be very difficult for central banks to raise rates because the quantity of outstanding debt has increased so much during the pandemic.

The biggest risk to that view is a slowdown in Chinese growth. The effort to unwind overleverage in the property sector is part of a wider effort to gauge just how much outstanding debt there is. Municipal governments have been issuing off balance sheet paper for years and no one knows how big the liability is. Debt is now officially a national security issue so this question is not going away. 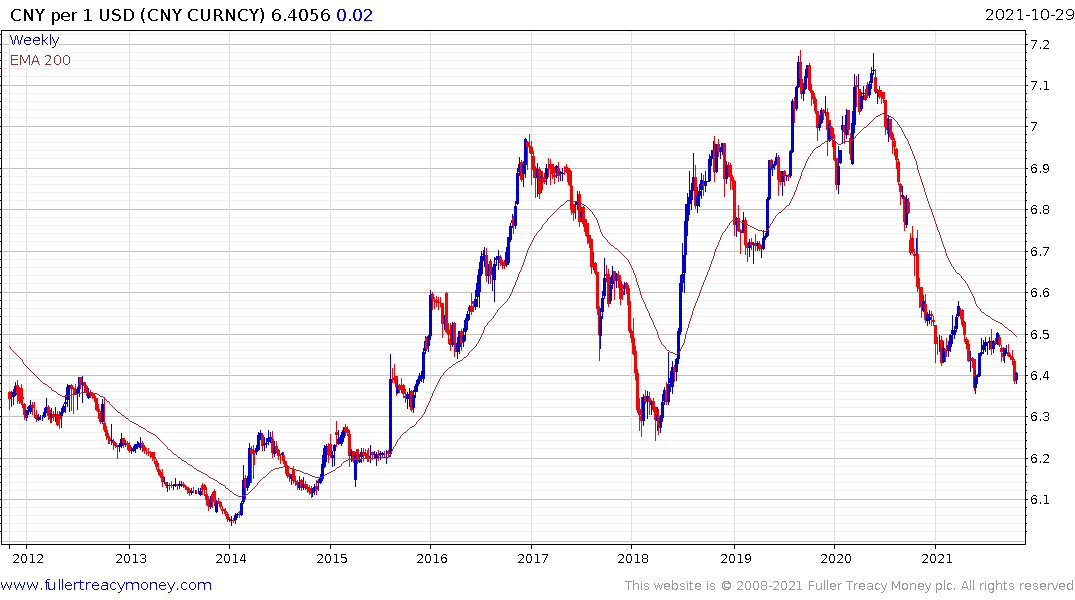 If China decides a voluntary deleveraging is preferable to an enforced one, it represents a significant short-term deflationary shock. It also represents a medium-term inflationary shock because the cost of producing just about everything would increase. The Renminbi would have to be devalued. 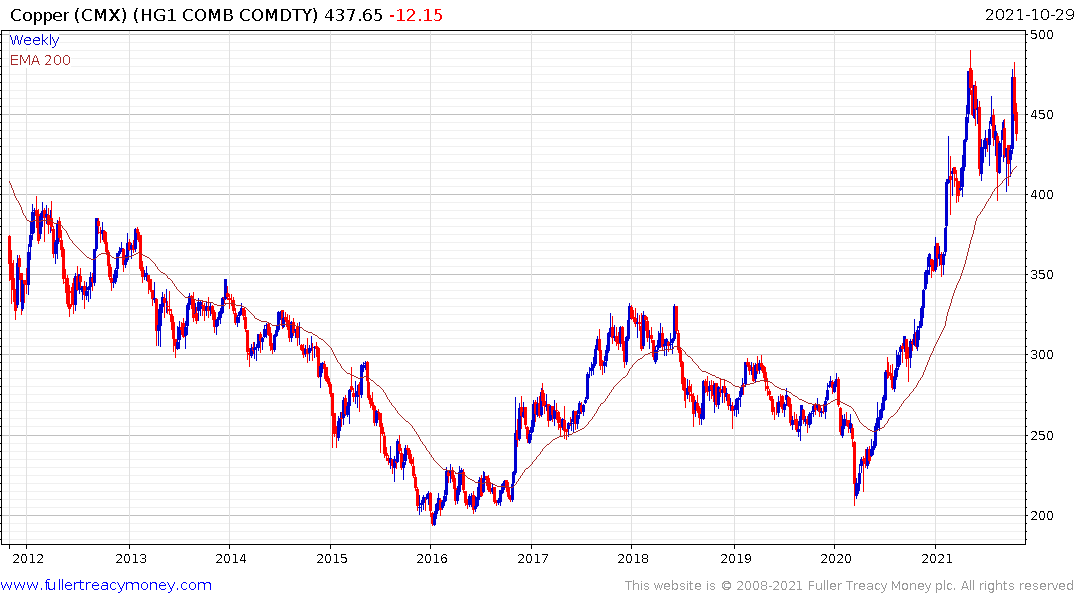 Copper is being supported by demand from the global electrification theme, but Chinese demand is also a significant portion of the market. The extent to which it continues to hold the $4 area will be a big signal as to how healthy the Chinese economy is.