The Last Innings by Eoin Treacy

While it is hard to gauge the extent to which these three factors have slowed this recovery we believe that they have had some impact. The long-term benefits of information technology will likely more than offset such short-term disruptions to fixed asset investments. Similarly, we think the drag from offshoring to China has run its course as China has become a less competitive exporter.

With respect to the excess capacity from China and the drag on global growth, we believe that China’s ongoing investments in new industries such as airplanes and arms will affect the profitability of other multinational companies, reduce their prospective growth trajectories and indirectly lower growth in fixed asset investments.

Finally, we conclude with some data from the seminal work on financial crises by Carmen Reinhart and Kenneth Rogoff, This Time is Different: Eight Centuries of Financial Folly, which shows that the recoveries from financial crises are systematically more muted.44 What is most relevant in the context of our cautiously optimistic outlook for growth and financial markets is the fact that in the 10-year windows following severe banking crises that Reinhart and Rogoff examined, growth picked up substantially in the second five year period relative to the first. In the post-WWII era, on average, developed economies grew 2.1 percentage points faster in the second five-year period relative to the first five years after the onset of the crisis. Similarly, emerging market economies grew an average 3.2 percentage points faster.

The news headlines are afire with tales of terrorism, war, environment disaster and human misery and yet the stock market has been rallying for more than six years. There is no doubt geopolitical tensions have increased and the Fed is raising rates, from incredibly low levels, for the first time in almost a decade.so there is some justification for anxiety. However that does not mean all stocks are performing in a similar manner. 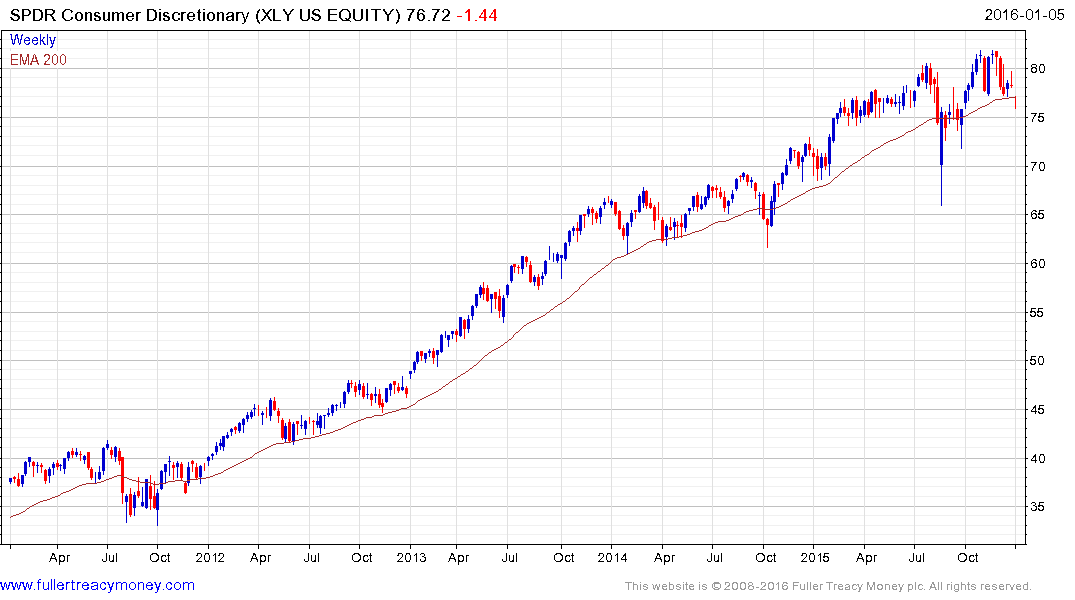 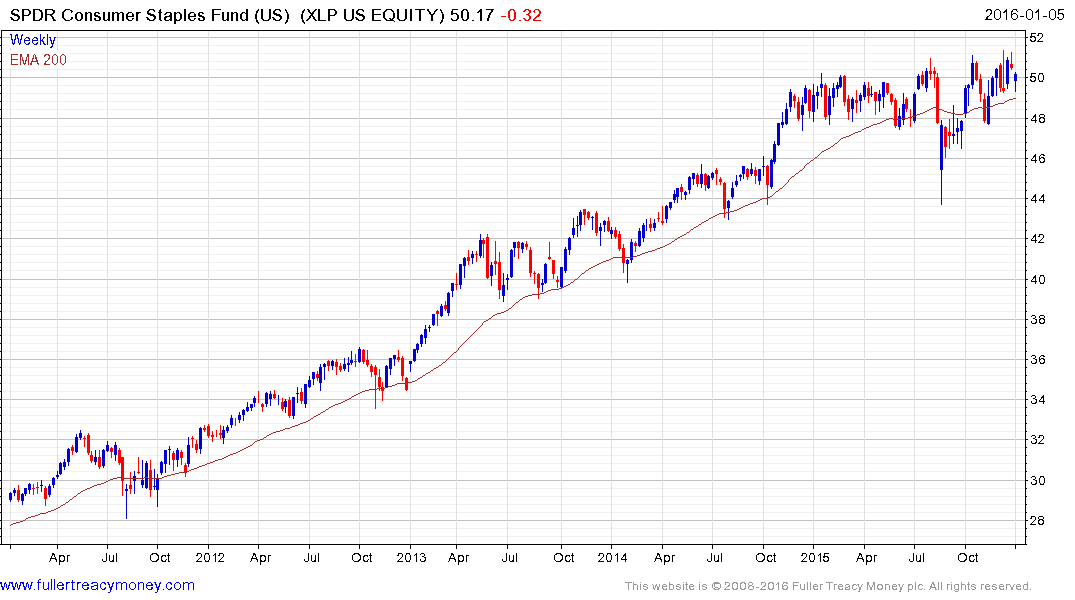 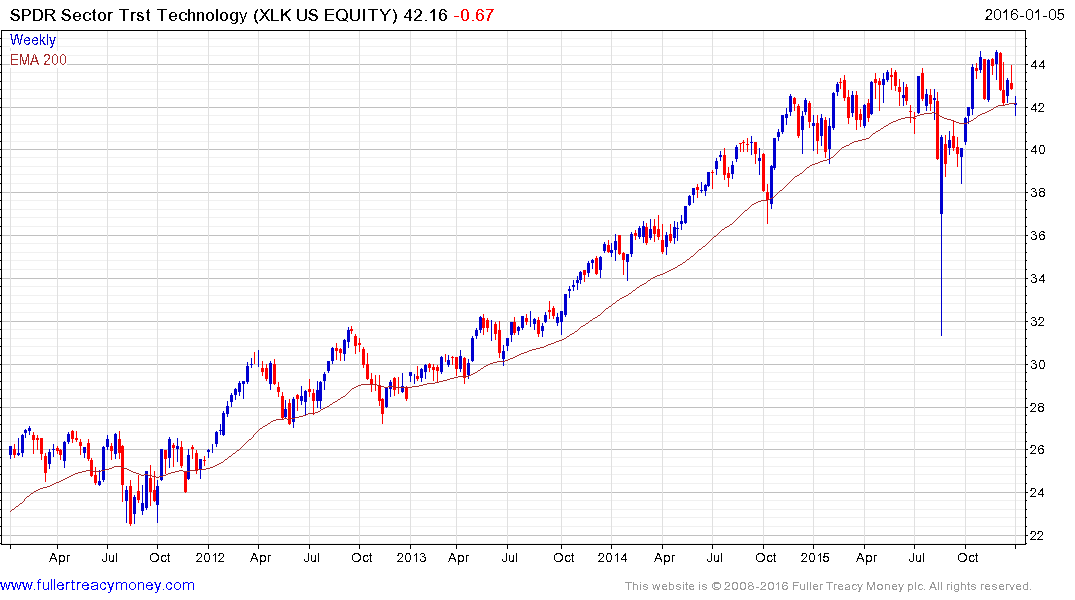 Looking at the primary US sector ETFs it is worth considering that the Consumer Staples, Consumer Discretionary and Technology are all trading above their respective 200-day MAs. This suggests that while there is stress in other sectors the consumer is recovering which justifies the decision taken by the Fed to raise rates.