The week ahead: Vale to post delayed Q4E
Vale was scheduled to post belated Q4E results after market close on Wednesday, and we expect the earnings call the following day to focus on updated production plans and how much lost production it may be able to offset with supply ramp up plans. Last week, it reportedly got the final environmental license required to restart the involuntarily closed Brucutu mine, with an annual 30Mt/yr, yet its 10Mt/yr Alegria mine was separately required shut. Keeping up with Vale’s production changes has been a deterrent to some investors, but others seem more focused on eventual timing of cash returns. Meanwhile, U.S. April scrap prices likely find direction this week with the latest reports anticipating a sideway market but with the South weaker m/m and support shortfalls elsewhere.

Musings: Responses to SteelmageddonTM pushback
Last week, we spelled out our SteelmageddonTM thesis, elaborating on U.S. steel oversupply concerns from our research over the past several quarters. We remain constructive on near-term market conditions, but foresee a sharp drop in prices in 18-24 months due to 20-25% installed new supply. We received little pushback from investors on the theme, but 2/3rds of steel buyers responding to a Steel Market Update poll said they did not expect new supply to hurt prices. The biggest argument was that demand is more important than supply (Chart 1), to which we wonder if these respondents actually expect a 20-25% increase in demand in the mature U.S. economy? Some of the mill defense of the new supply centered around replacing imports, and we illustrate in Chart 2 that annual net imports ex semi-finished steels (i.e. slabs) averaged 14M tons. Even if we take the unlikely scenario that imports just fall to zero, the new capacity is more than the imported tons on average. Also, for imports to retreat, prices would have to drop substantially so as not to be an incentive to ship to the U.S., hence prices still fall. 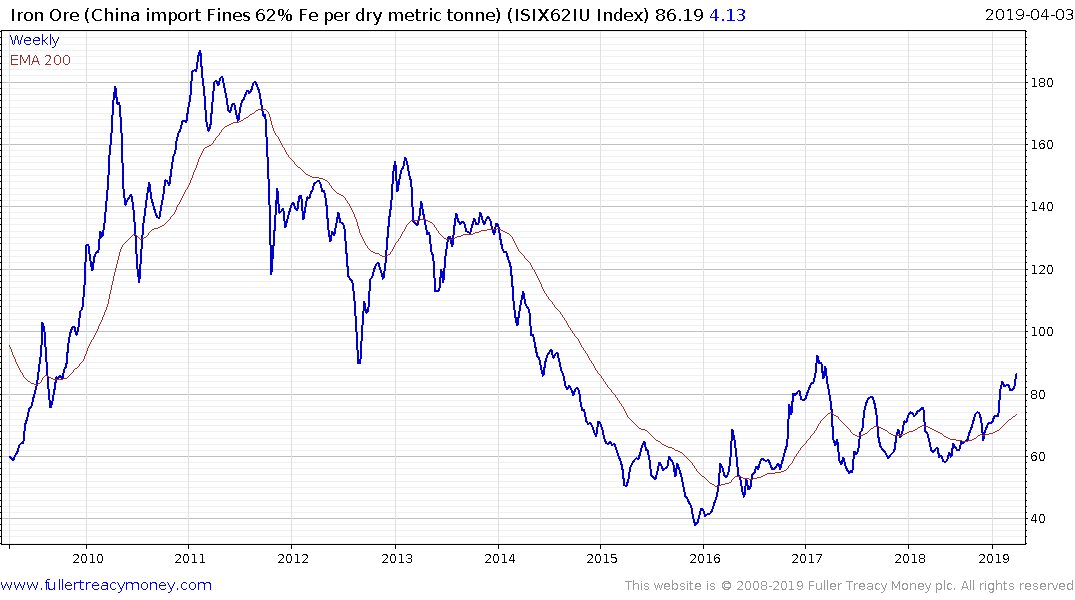 There have been a lot of headlines about the surge in iron-ore prices but the chart tells a more nuanced story. Spot prices at Qingdao port have been ranging below $80 since early 2007 and have bounced from the $60 area since the initial rebound in 2016. The price is now trading back above $80 and a sustained move below the trend mean would be required to question recovery potential.

Chinese steel demand, fueled by infrastructure demand resulting from a return to credit growth is the medium-term story which is likely to support prices in the medium term. Meanwhile, Vale’s issues with environmental and safety issues from the mismanagement of tailings dams is the short-term supply story which is supporting prices. 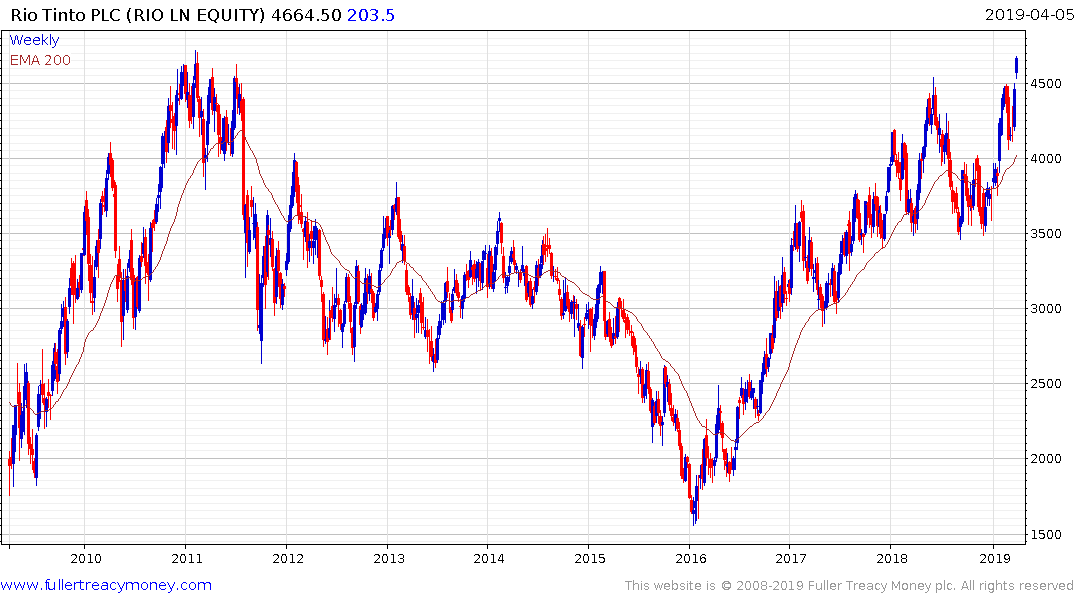 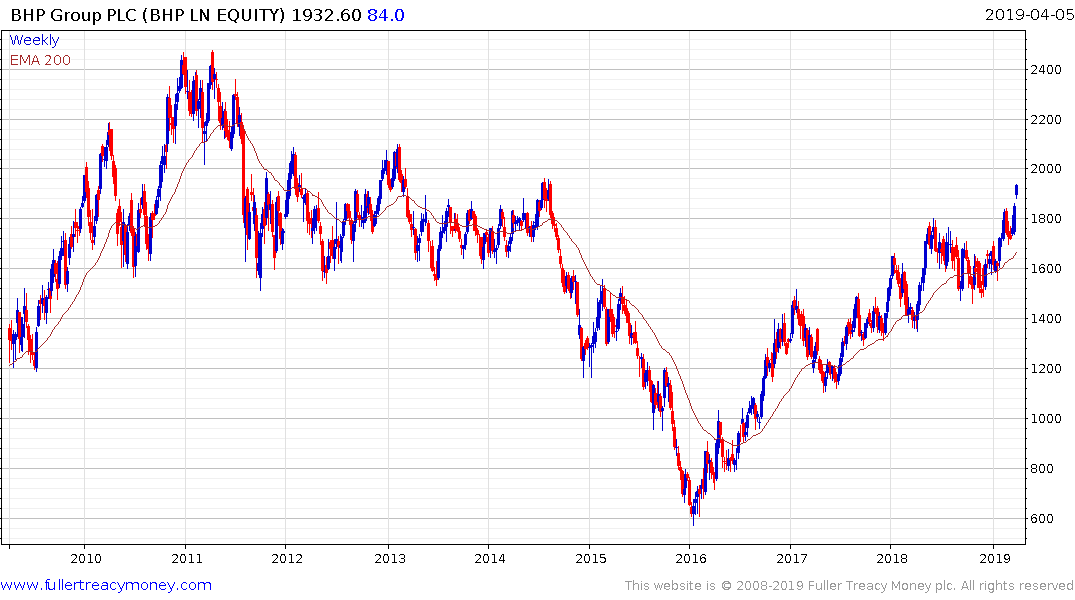 Rio Tinto and BHP have both broken out to new recovery highs over the last week. 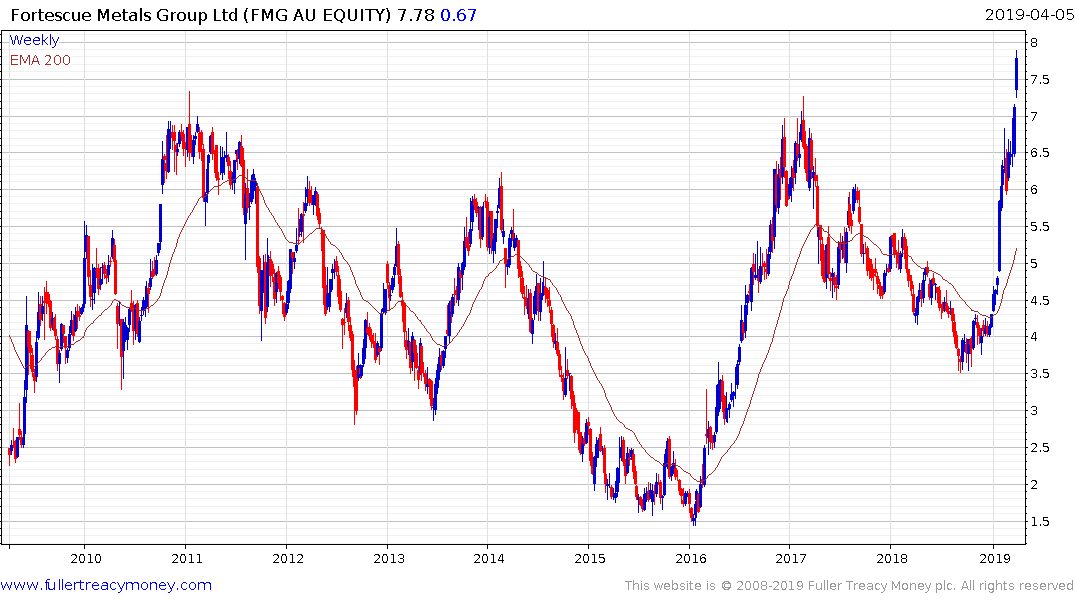 Fortescue Metals broke out to new 10-year highs this week to complete a lengthy and volatile base formation. 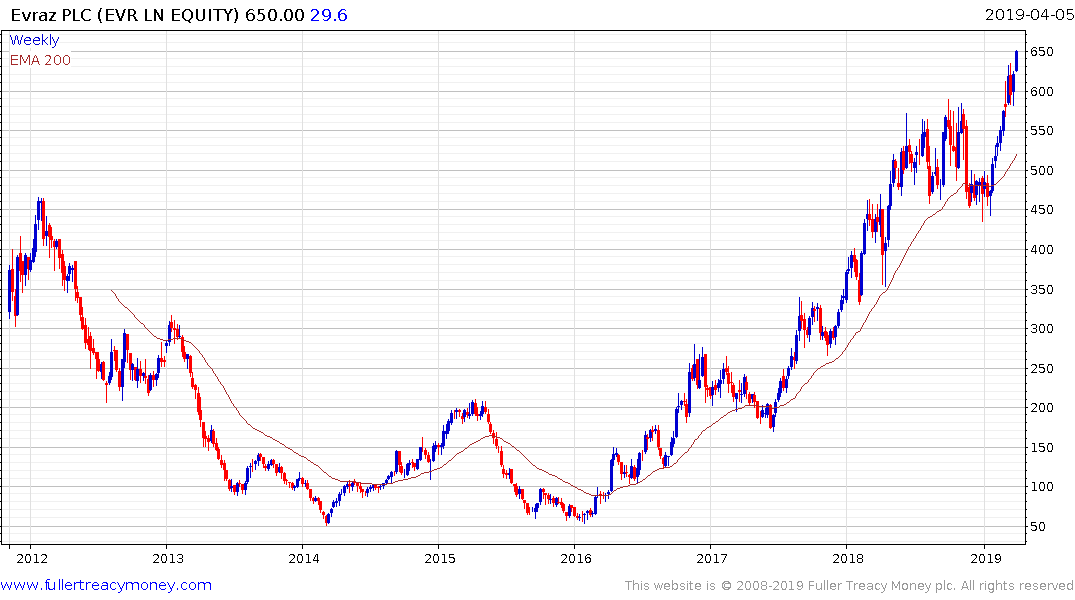 Evraz also broke out to new highs in the last couple of weeks. 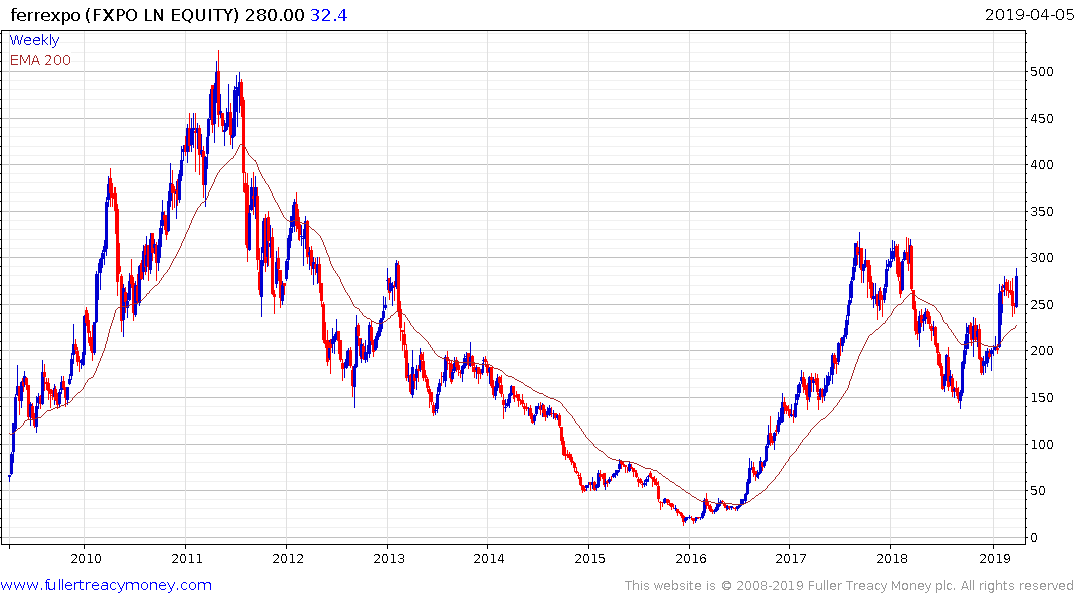