The irony is that both Republicans and Democrats are partially right. Presidents and Congresses of both parties have delayed for so long in addressing these problems that there is no gentle way to push the budget back toward balance without inflicting real pain: deep spending cuts and higher taxes. In the 1990s and early 2000s, a less disruptive approach might have been possible. There were many warnings and almost no action.

The best we could have expected is that the president and Congress wouldn’t make the problems worse. But they are. The implicit hope of present policy is that the world’s demand for “safe assets” — mainly U.S. Treasury securities — means that we can spend more than we tax, with the shortfall being made up by perpetual borrowing.

This is a high-stakes gamble. The possible ways in which a world sated with dollar securities could trigger a financial or economic crisis are many. The consequences of a run on the dollar — the currency most held by multinational firms, international banks, investors and traders — would clearly destabilize the world economy. A prudent society would recognize this and take preventive steps.

The Fed’s balance sheet run-off which began in earnest at the beginning of 2018 is still underway with the total hitting a new reaction low last week despite Fed claims to the contrary. Maturing mortgages and early prepayments, in part driven by low interest rates are the most likely reason, with a disparity between redemptions and the quantity reinvested in Treasuries. That suggests a shortage of Dollars internationally. 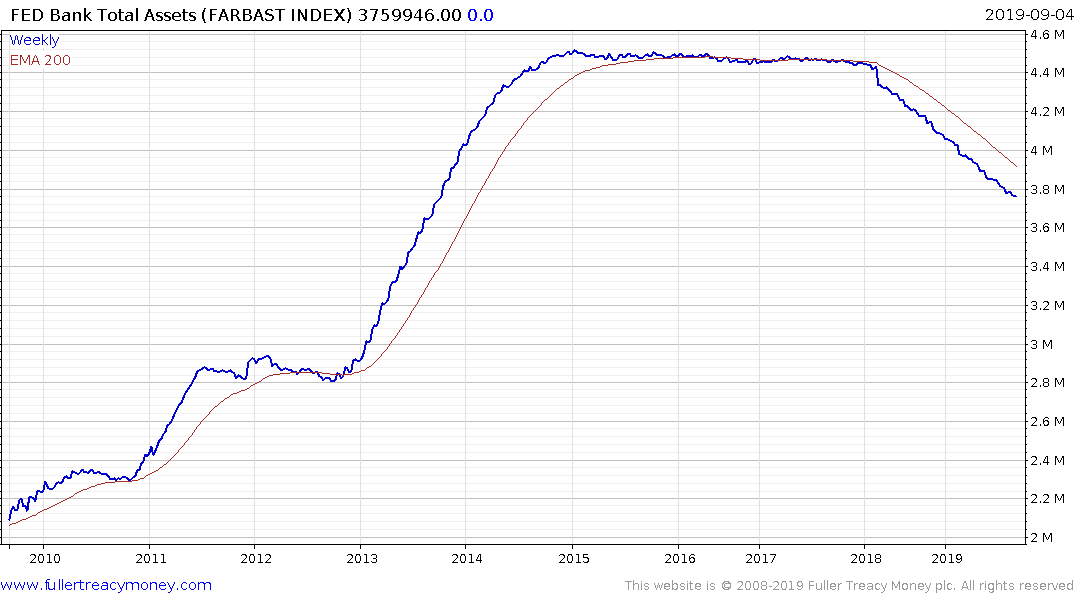 The Dollar Index pulled back today from a short-term overbought condition. Over the course of the last year breakouts, in both directions, have not been sustained. A sustained move below the trend mean will be required to signal change in the choppy sequence of higher reaction lows. 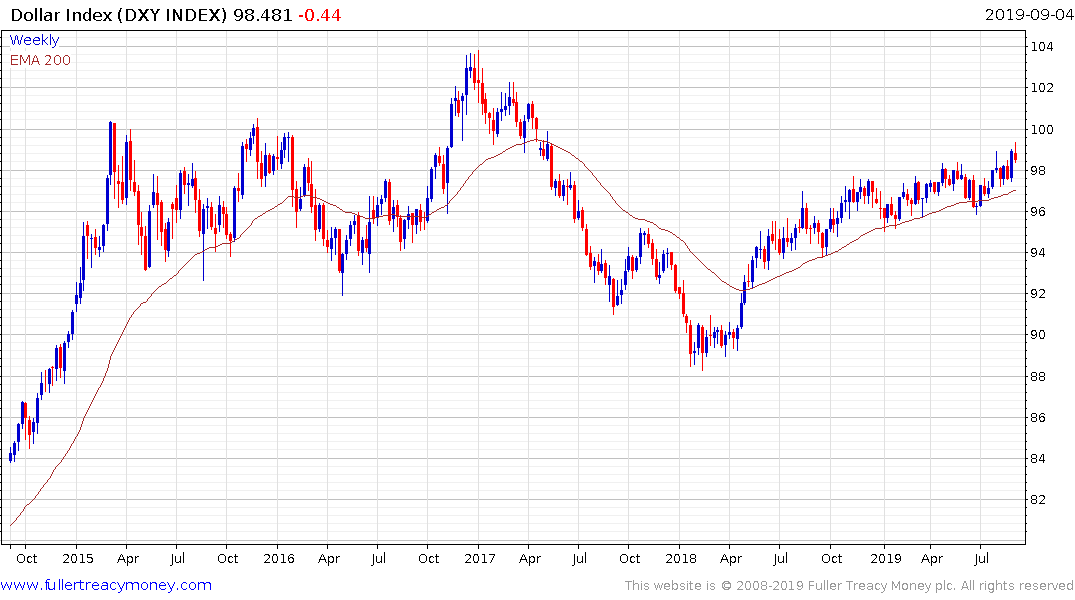 The biggest challenge for countries running deficits like the USA’s is that borrowing costs remains low as spending rising. The shortage of Dollars and US initiated geopolitical uncertainty is creating ready markets for its debt not least because of speculation US yields will also go negative. Whether that is by happenstance or design is beside the point.

The Fed Funds rate is above every bond on the yield curve so the bond market is definitely pricing in additional rate cuts. The Swaps curve is even more inverted. The big question is how well the Treasury will sell its debt against that background. That answer probably lies in just how low yields are elsewhere.