The good news is the same as the bad news: This market looks just like 1998
Comment of the Day

The good news is the same as the bad news: This market looks just like 1998 by Eoin Treacy

A yield curve inversion? International weakness triggering a broad manufacturing slowdown? A potentially overconfident consumer and a Federal Reserve caught up in a brief interest-rate cutting cycle, regardless of steady GDP growth? And, of course, an impeachment inquiry.

Does this sound like a recipe for a strong fourth-quarter rally?

Well, in 1998, it sure was, says BTIG strategist Julian Emanuel, who points out the similarities between then and now are “too striking” to ignore.

In our call of the day, he suggests the pent-up caution that’s “bordering on pessimism” due to mounting political tensions at home and abroad could lead to an end-of-year run should outcomes prove more positive than expected.

“Similar to 1998, where stocks rallied for 18 months (advancing 68%) from the cyclical low to the point of maximum public bullishness, the 3/2000 ‘Tech Bubble Top,’” Emanuel explained in a note, “we expect the current four-month S&P 500 trading range to resolve with new all-time highs as the prospect of higher interest rates... results in fund flows to stocks and the public’s eventual embracing of the ‘most hated bull market of all-time.’”

The central banks of the world are sufficiently scared of a recession that they are willing to do whatever is necessary to sustain the current expansion. We already have a bubble in sovereign bonds and it is quite likely this cycle will eventually climax with a bubble in equities as well. 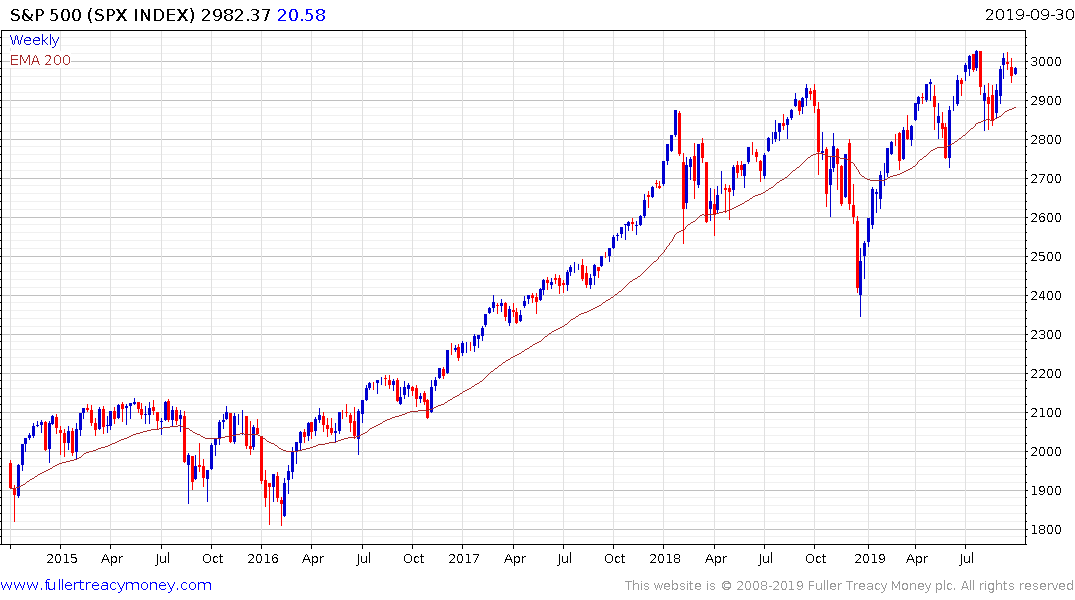 The S&P500 continues to consolidate in the region of its peak. Even a whiff of positive news about the trade war is likely to be a catalyst for a breakout.