The Future of Space Is Bigger Than Bezos, Branson or Musk
Comment of the Day

The Future of Space Is Bigger Than Bezos, Branson or Musk by Eoin Treacy

Here are just a few of the less remarked-on recent stories out of the private space industry. First was the stock market debut of a company called Astra Space, which, backed by venture capitalists, built a viable orbital rocket in just a few years. Its goal is to fly satellites into orbit every single day. Shortly after Astra went public at a value of $2.1 billion, satellite maker Planet Labs—which uses hundreds of eyes in the sky to photograph the Earth’s entire landmass daily—announced its plans to do the same, at a value of $2.8 billion. Firefly Aerospace has a rocket on a California pad awaiting clearance to launch. OneWeb and Musk’s SpaceX are both regularly launching satellites meant to blanket the planet in high-speed internet access. Rocket Lab, in the previously spacecraft-free country of New Zealand, is planning missions to the moon and Venus.

The SPAC frenzy has been particularly kind to the private space industry, including some of the companies named above. Easier access to public markets has helped draw billions of dollars from excited investors to an industry once dependent on governments with vague military objectives or expansive views of public works. Partly as a result, the number of satellites orbiting the Earth is projected to rise from about 3,400 to anywhere between 50,000 and 100,000 in the next decade or so—and that’s even if these companies just fulfill the orders they’ve received so far.

It seems likely the estimates will slide a bit, given that those kinds of numbers would require rockets to blast off one after another from bustling private spaceports all over the globe on an extremely frequent basis. But whatever the precise timing, the message will remain unchanged: Private space is here. This month’s space tourism race is just escape-velocity window dressing on a much bigger, more transformative set of changes. The results of these shifts will be unpredictable, except that ego and greed will likely be as present as ever. Nonetheless, the evidence on the non-ground suggests we should consider the possibility that this emerging industry might turn out OK.

The pace of innovation in lift (to space) technology is blisteringly quick. The size of rockets and payloads they carry continue to introduce economies of scale to a sector that has never known them. That’s an incredible change and opens the whole sector to waterfall of new ideas on how to commercialise the space.

The ground penetrating radar developed for military purposes is being redeployed for intelligence gathering for the agriculture, forestry, environmental and mining sector. The mining sector potentially has the most to gain.

The accuracy of prospecting can be greatly enhanced with satellite imagery and that means the junior mining sector should have an easier time raising money for drilling programs. Gold Corp showed the way by open sourcing its drilling results nearly 30 years ago. It’s high time for that trend of innovation to accelerate. 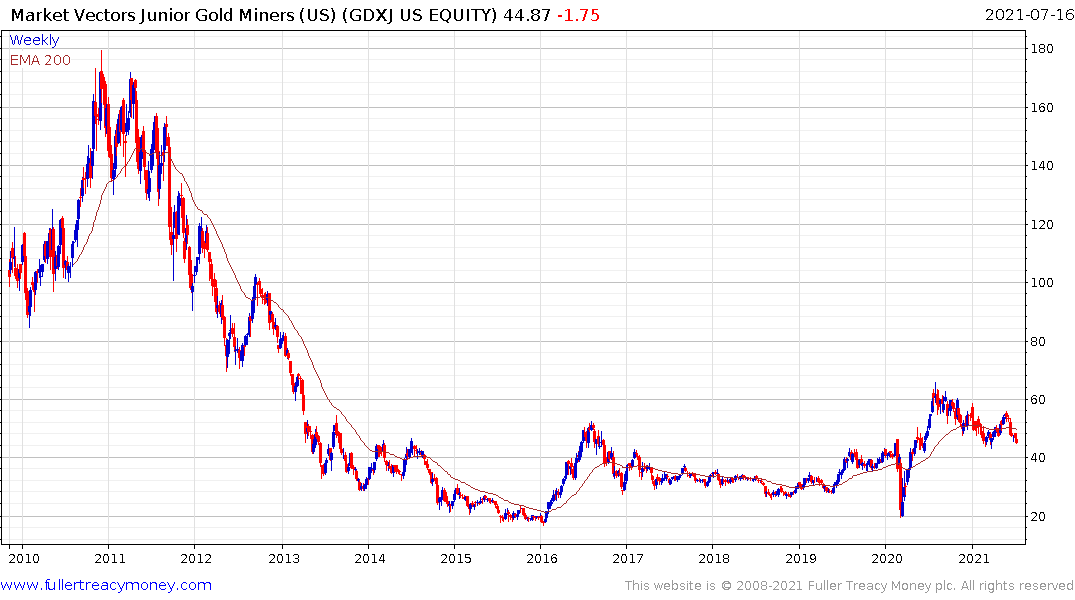 The junior gold mining sector remains a high beta play on the gold price but that could change as innovation for prospecting improves. 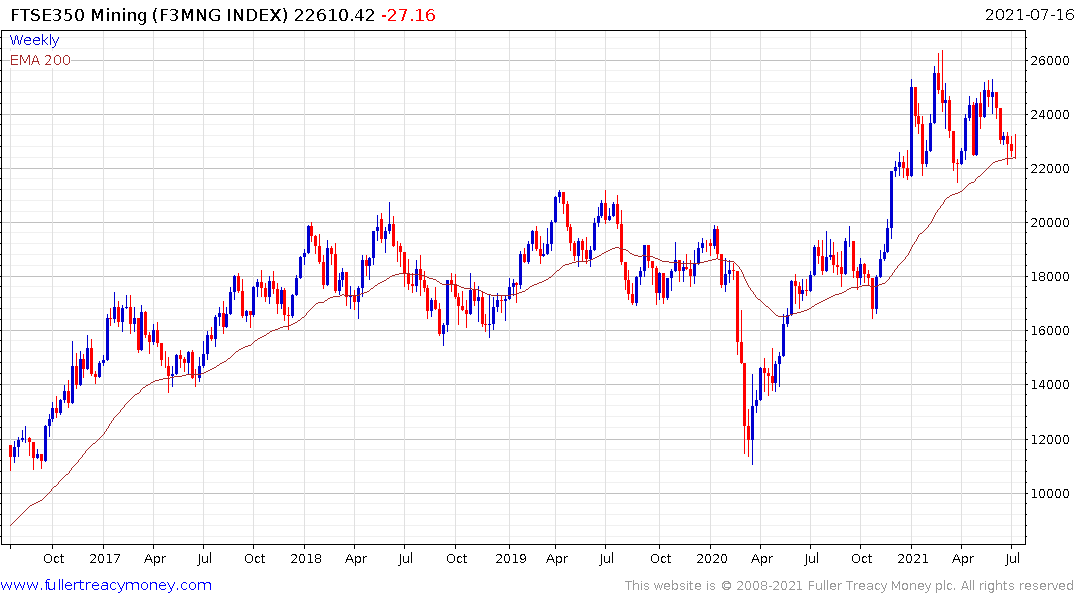 The FTSE-350 Mining Index is now testing the region of the trend mean and will need to bounce soon if the medium-term recovery is to remain consistent.

The challenge for investing directly in the space sector is most of the newly listed companies are loss making. The impending listing for Planet Labs may attract interest because of its success in securing government contracts but SpaceX and Blue Origin do not appear to have plans to list. Meanwhile the legacy satellite companies are deeply at risk of being overwhelmed by competition. 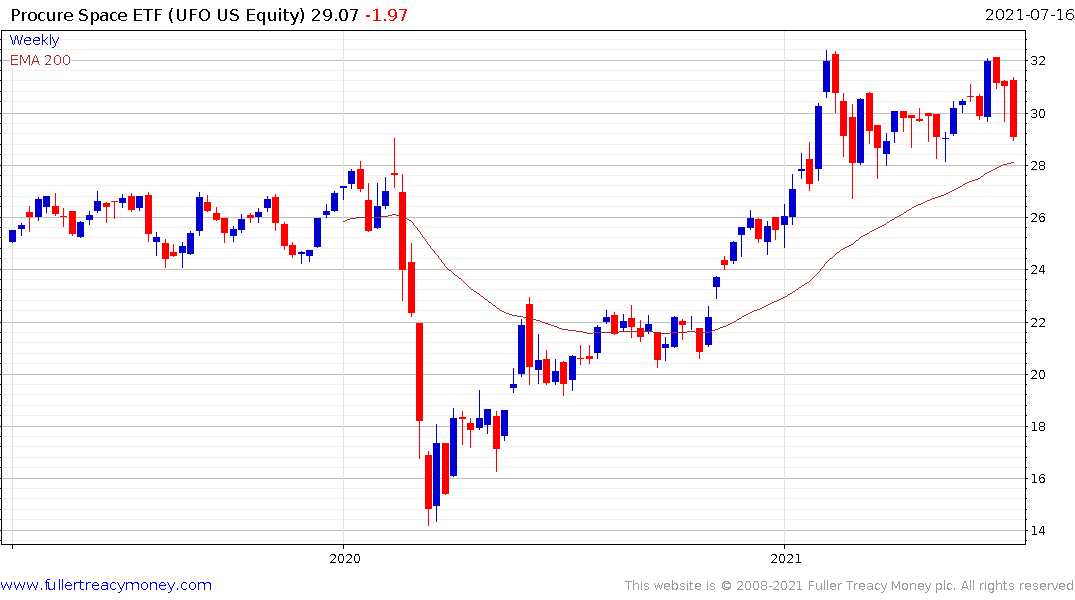 The Procure Space ETF is currently has been ranging for the last six months and unwound the overextension relative to the trend mean. It will need to find support soon if the recovery is to remain credible.