The 'Fed story' will win out over second wave and election fears, UBS says. It's time for investors to get off the sidelines
Comment of the Day

The 'Fed story' will win out over second wave and election fears, UBS says. It's time for investors to get off the sidelines by Eoin Treacy

The analysts, led by chief investment officer Mark Haefele, said three narratives were currently driving markets; the ‘Fed story’ — ongoing central bank stimulus — the second-wave story, and the U.S. election story. Fears of a second coronavirus wave have come to the fore in recent days, with spikes in Beijing, Germany and a number of U.S. states. The UBS team said that U.S.-China tensions fed into the election narrative, which would come into focus over the next four months.

“Overall we see the second-wave and U.S. election stories as contributing to market volatility as headlines feed investors’ hopes and fears about the speed and strength of the economic recovery. But it is the Fed story that will endure over the medium term,” they said in a note on Monday. They said they were positive on the outlook for both equities and credit, preferring USD high yield, Asian high yield and USD-denominated emerging market sovereign bonds as well as stocks in sectors that have so far lagged behind the market.

“Against this backdrop, we think the most important thing an investor can do is to be invested, rather than sitting on the sidelines. As earnings are likely to recover in the second half of the year and excess liquidity continues to support risk assets, we see further upside potential in global equities, in particular among sectors that have lagged the rally so far,” they added.

“Monetary policy beats most other factors most of the time” was one of David’s favourite sayings and it has certainly helped to inflate asset prices over the last 12 years. The process began another upward cycle when the Fed reversed its quantitative tightening program last year in response to the illiquidity in the repo market. It went into overdrive when following the imposition of the lockdowns.

We had an inverted yield curve last year which is generally at least a six-month lead indicator ahead of a recession. That suggested a recession was likely sometime this year and the Fed was already adjusting policy before the coronavirus hit. The remediation process is now akin to what we would expect at the beginning of a new cycle but the price of stocks have not adjusted lower. That greatly increases the potential for the massive liquidity being pumped into the global economy to inflate a bubble. 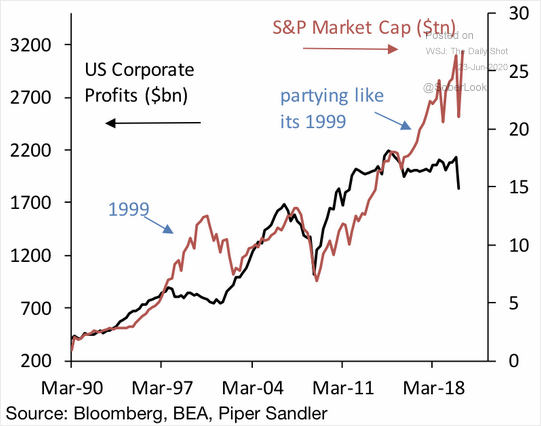 The wide divergence between corporate profits and the market cap of the S&P500 suggests the trends of valuation expansion and earnings agnostic investing are already well established. The bigger point is we cannot predict how far a bubble will go but a peak is unlikely without central banks removing the abundant liquidity which is supporting the move. 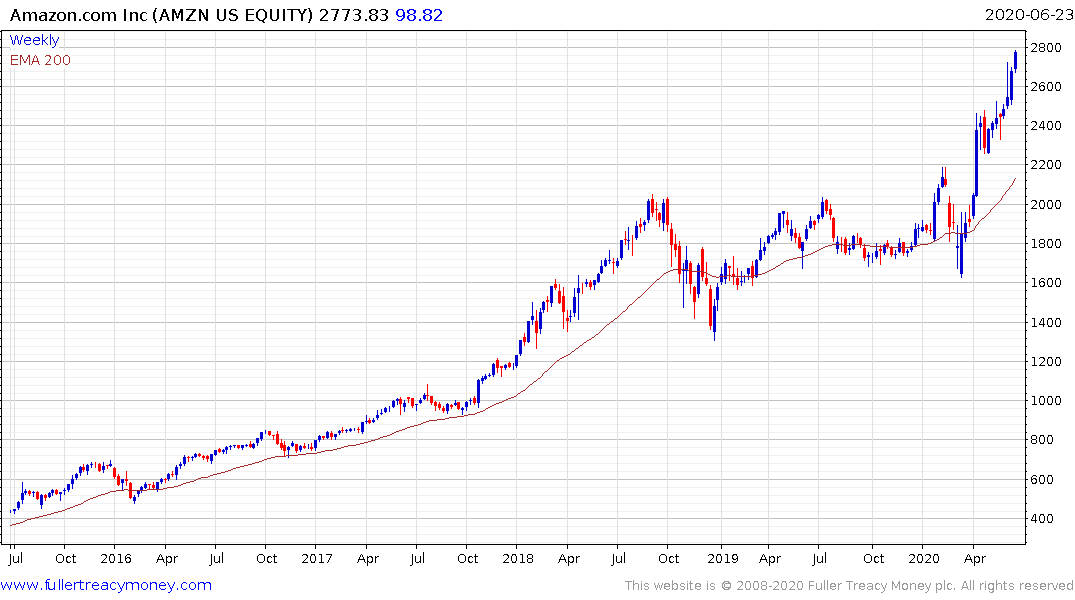 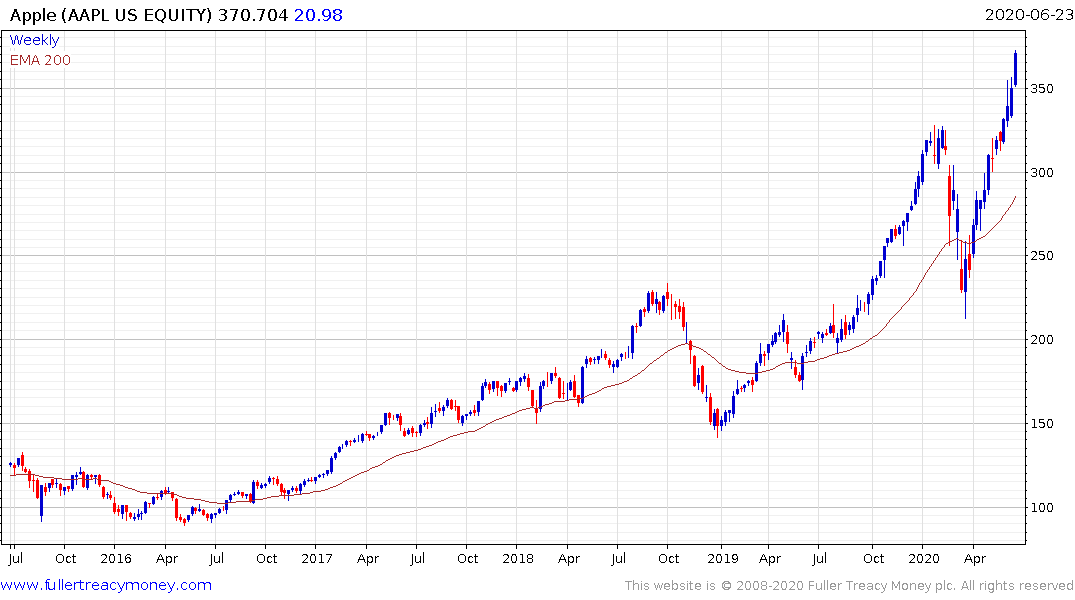 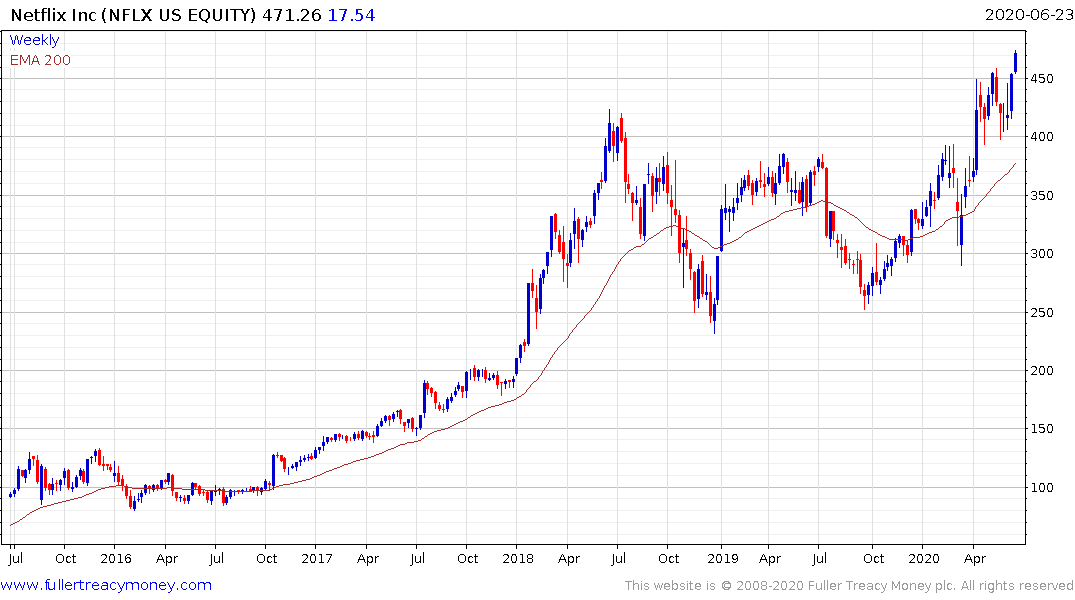 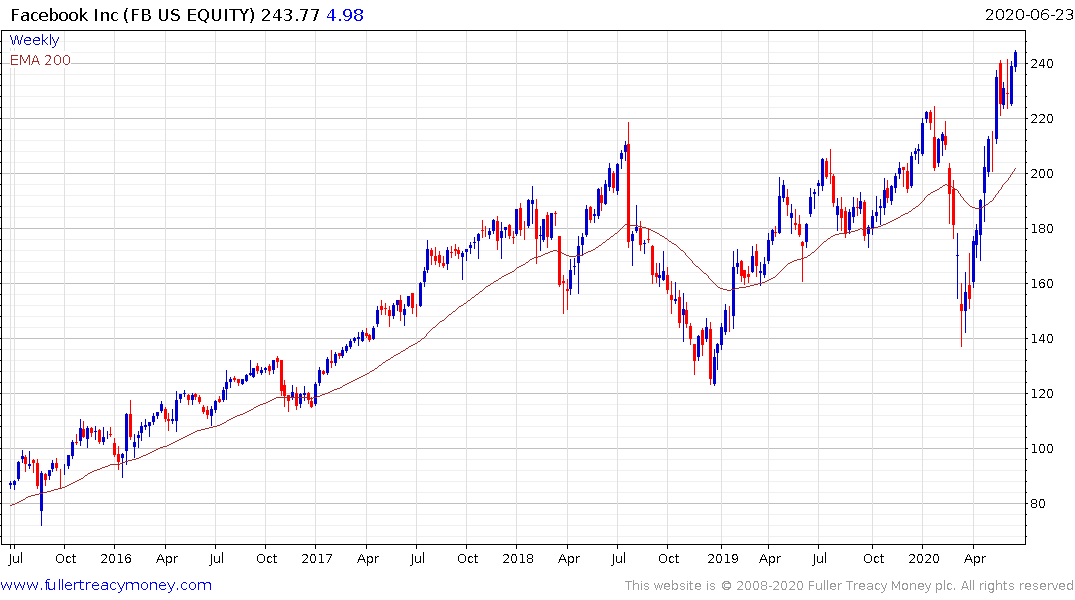 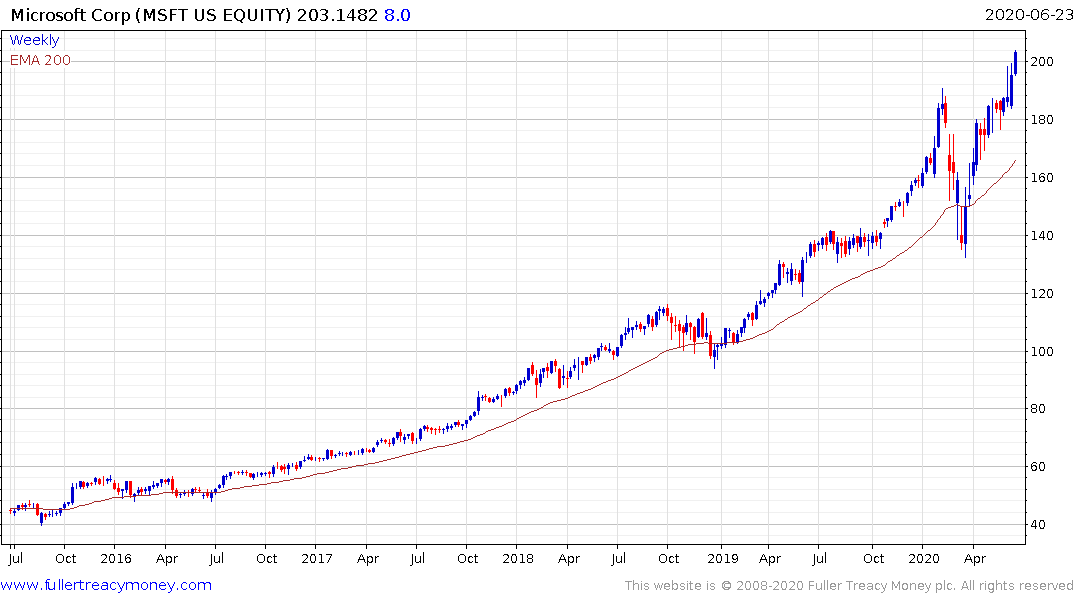