The Fed: No longer to the rescue
Comment of the Day

The Fed: No longer to the rescue by Eoin Treacy

In the past, soft growth, tightening financial conditions and falling inflation expectations would have at least provoked a response from the Fed. Although we still believe that central banks in Europe, Japan and probably China will continue to ease, the Fed is in a bit of a bind. Economic data, particularly manufacturing, are soft while inflation expectations remain near multi-year lows. That said, most measures of realized inflation are improving. U.S. core inflation is now running at 2.2%, the fastest pace since the fall of 2008. Prices on imported goods, both oil and non-energy-related products, continue to fall, but housing and medical inflation are accelerating.

The Fed is unlikely to raise interest rates four times this year, as it suggested last December, but will the central bankers wait out all of 2016? Probably not, yet this is exactly what the futures market is suggesting. As such, any hikes would represent a more hawkish stance than the market is currently discounting. If this occurs in the context of a stronger dollar, it will represent a further tightening of already challenging financial market conditions.

For investors, there are several implications. First, the Fed is unlikely to provide the same backstop for asset prices as it has in recent years. Second, in a world in which central bank policy is both less available and less potent, volatility is more likely to remain above its historical average.

Finally, today's inflation expectations are most likely too low. Even in a world of slow growth, weak productivity and diminishing labor market slack, inflation may be higher than today's diminished expectations suggest. Under this scenario, Treasury Inflation Protected Securities (TIPS) may represent a good long-term opportunity.

This is a useful summary of some of the background issues that are currently affecting investor confidence. The Fed is now less likely to step in to support prices at the first sign of trouble and that represents a change to the status quo which has prevailed since 2009. That’s a major evolution and helps to explain why the main Wall Street indices have been largely rangebound for more than a year. 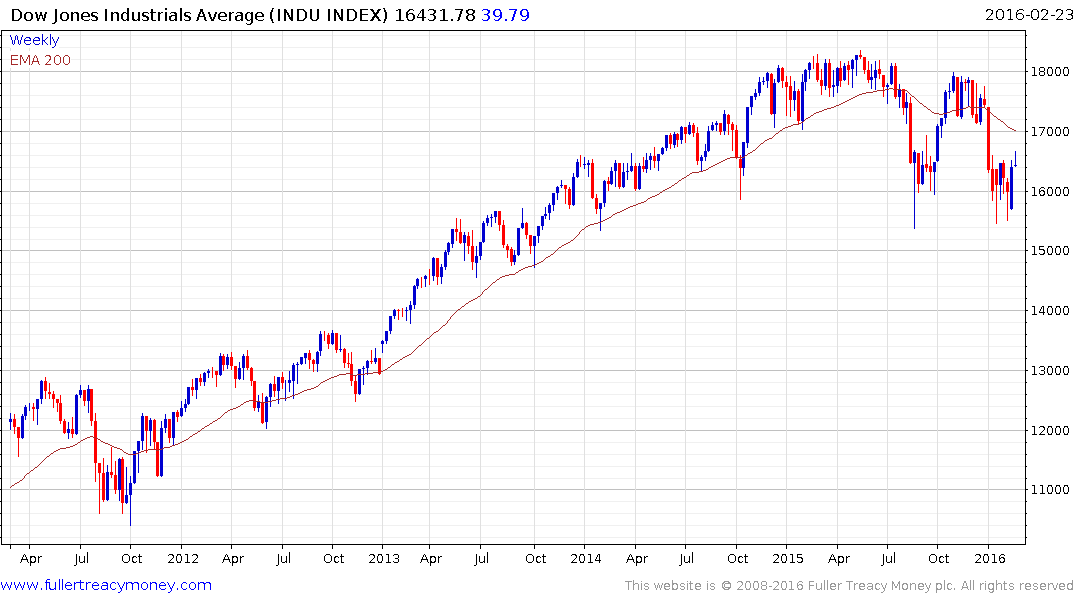 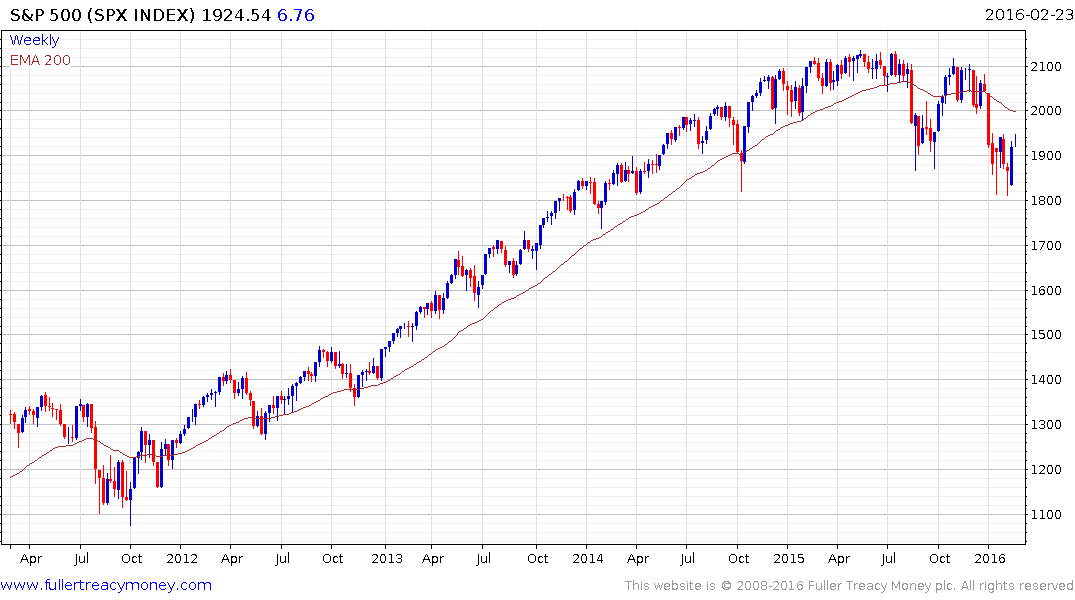 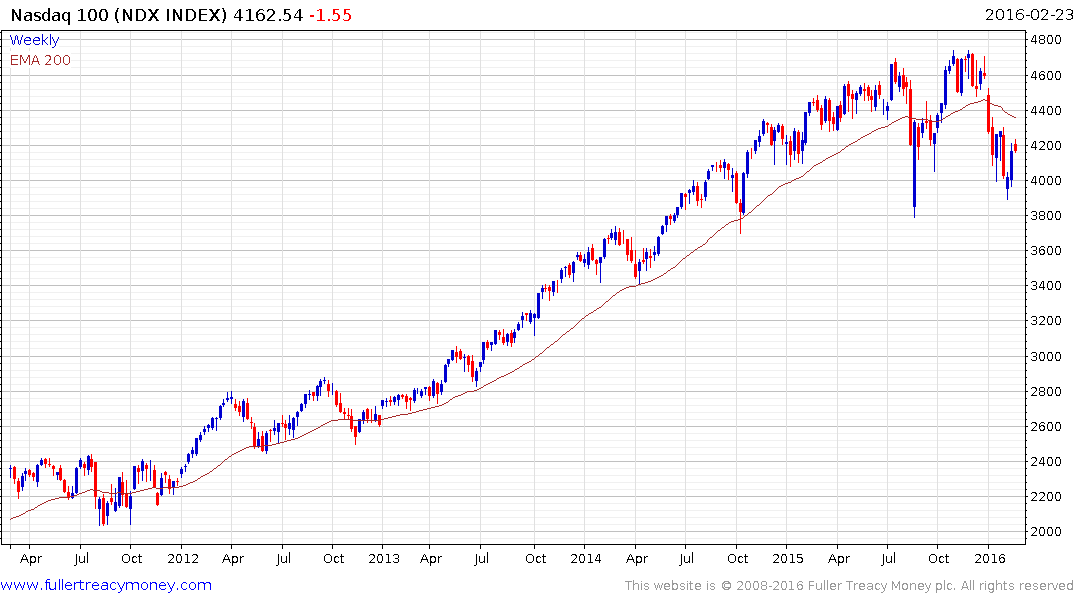 Having unwound the majority of their short-term oversold conditions, the big question facing the Dow Jones Industrials, S&P 500 and Nasdaq 100 is how well they can hold their lows on the next pullback because a sustained move to new lows would represent another lower low and would confirm top formation completion.