The Death and Birth of Technological Revolutions
Comment of the Day

The Death and Birth of Technological Revolutions by Eoin Treacy

That seems awfully descriptive of the current era, no? Products that break through reach saturation in record time (see TikTok reaching a billion users in three years, or DTC companies that seem to max out in only a couple of years), while the future of established companies seems to be quagmire in legislators and the courts, even as profits continue to pile up without obvious places to invest. And if the government’s response to the revolution has been disappointing, that also may be because of the revolution itself.

Moreover, to the extent the dystopian picture above is correct — that the real synergy has been between centralized governments and centralized tech companies, to the alarm of both those abroad and in the U.S. — the greater the motivation there is to make the speculative investments that drive the next paradigm, especially if that paradigm operates in direct opposition to the current one. To be sure this framework does imply that crypto is full of scams and on its way to inflating a spectacular bubble, the aftermath of which will be painful for many, but that is both expected and increasingly borne out by the facts as well. What will matter for the future is how much infrastructure — particularly wallet installation — can be built-out in the meantime.

For what it’s worth my suspicion is that the current Installation period for crypto — if that is indeed where we are — has a long ways to run, which is another way of saying most of the economy will remain in the current paradigm for a while longer. The time from the Intel microprocessor to the Dotcom Bubble bursting was 30 years (and, it should be noted, there were a lot of smaller, more localized bubbles along the way); Satoshi Nakamoto only published his paper in 2008. Thirteen years after 1971 was 1984, the year the Mac was introduced; the browser was another 9 years away. It’s one thing to see the future coming; it’s something else entirely to know the timing. On that Perez and I can certainly agree.

Technology is a constantly moving feast so there is always some portion of the market maturing and another portion evolving. Arguably we are close to the peak of social media proliferation since just about anyone who wants an account has one and the number of legal, regulatory and competitive challenges is only increasing. 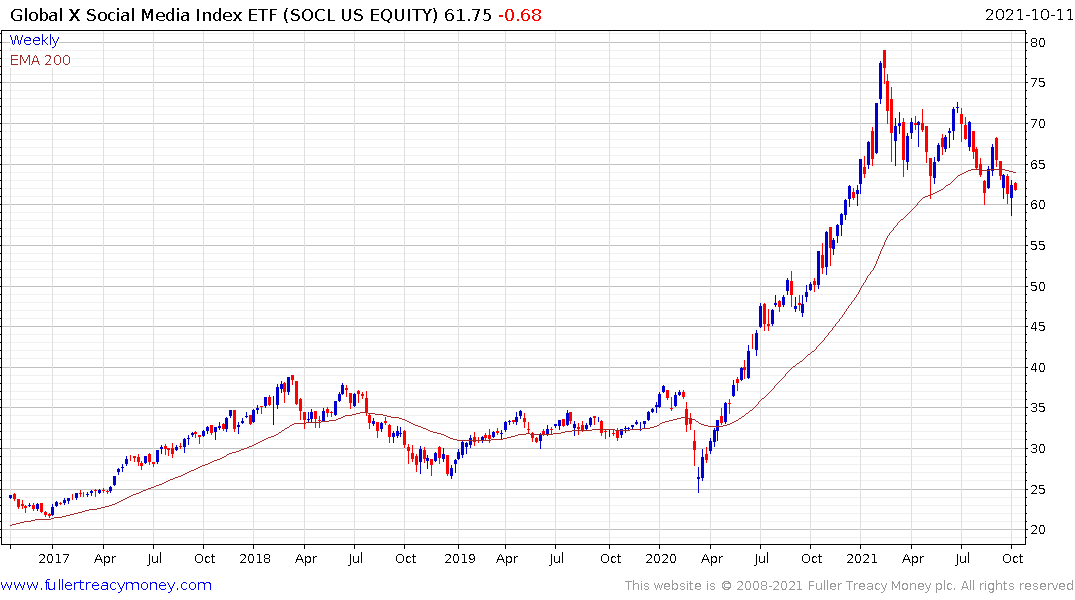 The Global X Social Media ETF accelerated following the pandemic low and has held a sequence of lower rally highs for the last eight months. A sustained move above $70 is the minimum required to signal a return to demand dominance.

Cloud computing got a massive one-time boost from the pandemic and will be hard pressed to sustain that growth rate over the next few years.~ 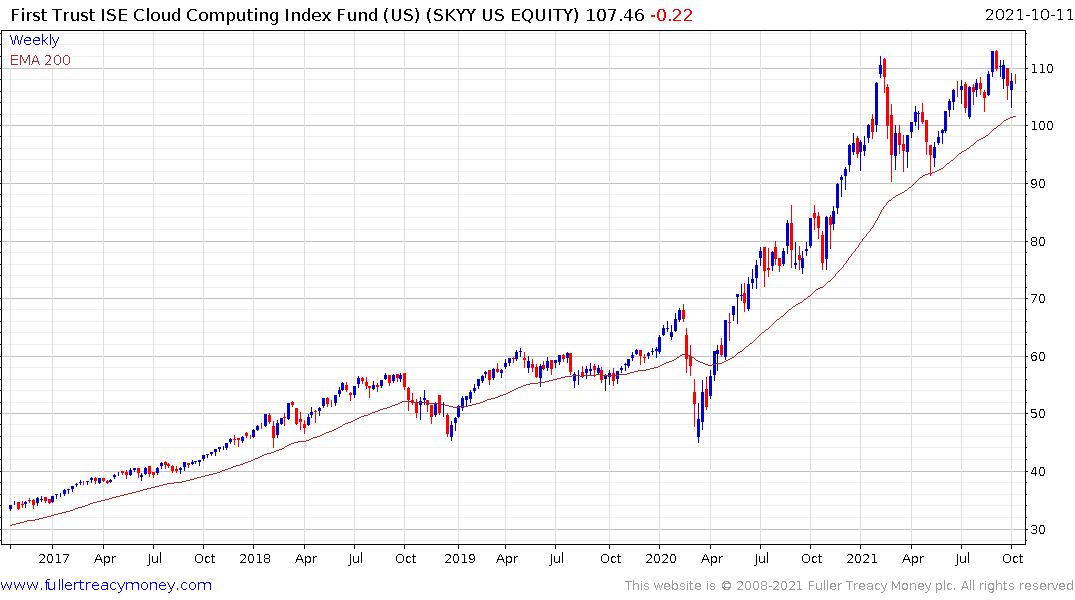 The First Trust Cloud Computing ETF remains in a reasonably consistent uptrend as it continues to hold a sequence of higher reaction lows.

Consumer electronics had a similar bulge in orders during the pandemic and the chip sector is relying on outsized demand continuing from new entrants like auto manufacturers to sustain growth. As a hardware dependent sector, it is much more susceptible to wild swings as supply deficits turn to surpluses as new factories open.

The Philadelphia Semiconductors Index is testing its sequence of higher reaction lows and will need to hold support in the region the 200-day MA to confirm a return to demand dominance.

If the last decade in tech was about social, phones and connectivity, cloud and the retail apocalypse, the next decade is likely to be about autonomy, AI, automation and financial sector disruption.

The big challenge for all new technologies is they rely on access to liquidity to fund growth. Rising interest rates introduce a hurdle over which only the best ideas can rise. That’s the challenge today. As bond yields reintroduce a discount rate it pressures loss making companies reliant on access to cheap liquidity. That suggests a shakeout is possible to reduce valuations to more reasonable levels. 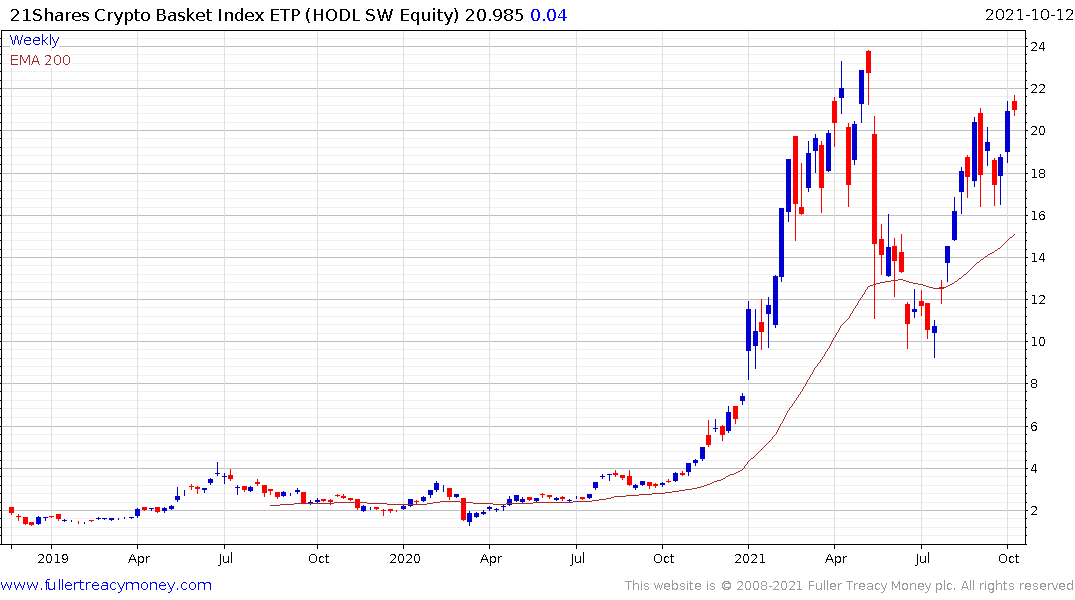 Right now, the vast majority of crypto transactions are for trading than for real world applications. That’s a hurdle to wider adoption since most people will not create a wallet until they have to.