Another coincidence is that the amount of gold that has flowed into COMEX since early April that is reported as eligible for the new COMEX 400 oz gold futures contract totals 155.67 tonnes of gold. Very similar to the total amount of gold ready to be delivered for the June 100 oz contract.

The next article will look at the flows into the COMEX gold vaults since 23 March, which have totaled a huge 694 tonnes, comprising 363 tonnes in eligible and 331 tonnes in registered. This has brought registered stocks up to 387 tonnes and eligible stocks to 578 tonnes, for a combined total of 965 tonnes.

Could it be that the entity or entities that were looking for gold in London on 23-24 March and didn’t get it, switched their attention back to the COMEX and demanded delivery through futures, the delivery of which is now panning out? A trans-Atlantic shock that left bullion banks scrambling.

Ensuring there is enough gold on hand to supply a newer larger contract size is just part of doing business as a commodities exchange. The spike in the spread between London and New York gold prices witnessed in March and April was probably a result of trying to source this supply during the lockdowns. The bigger questions will be if investors are now willing to take delivery, rather than roll their contracts, will that reduce supply in the physical market and where will those tons of gold be stored? 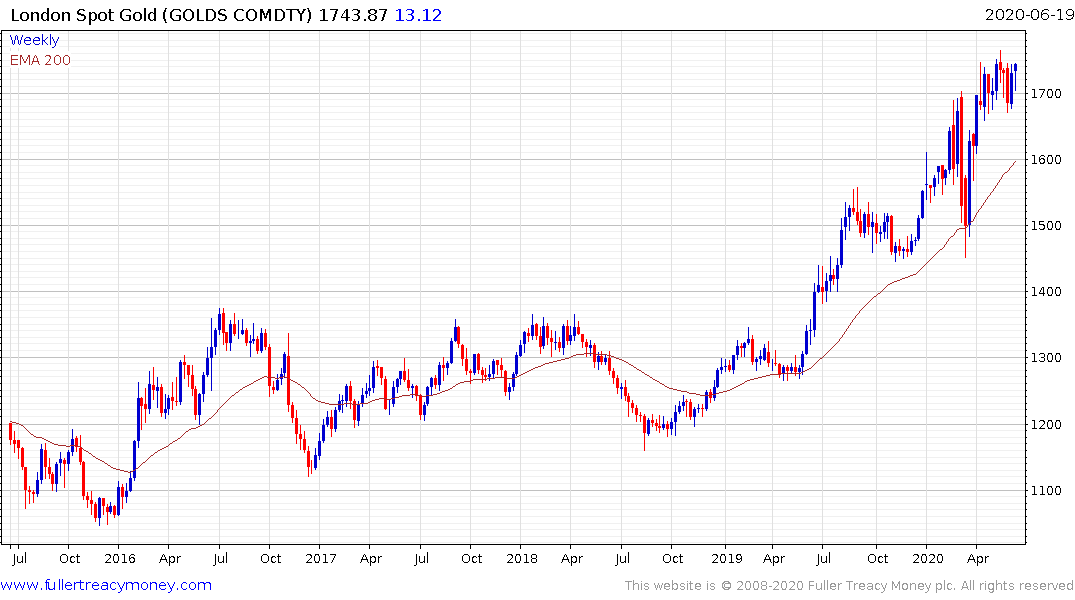 The price of gold has been ranging in an inert manner for two months. The hiatus in the overall advance has puzzled some investors, not least because of the massive money printing that has overtaken the global economy. I suspect there are two primary reasons for the pause.

The first is the proximity of the psychological $1800 level which represented meaningful resistance in 2011 and 2012. The second is competition from stocks markets. With massive monetary and fiscal stimulus inflating all asset prices gold has had a lot of competition. The primary argument for favour precious metals is they are cheap relative to other assets and they offer a hedge against the diminishing purchasing power of currencies being devalued in real time.

The Gold/Silver ratio offers one important instructive lesson. It is that silver lags gold in the early stages of bull markets but outperformers later. The lag is often around two years and it has been almost two years since gold began to trend higher. A return to outperformance of high-beta precious metals plays like silver, platinum and gold miners would represent confirmation of the medium-term bull market hypothesis. 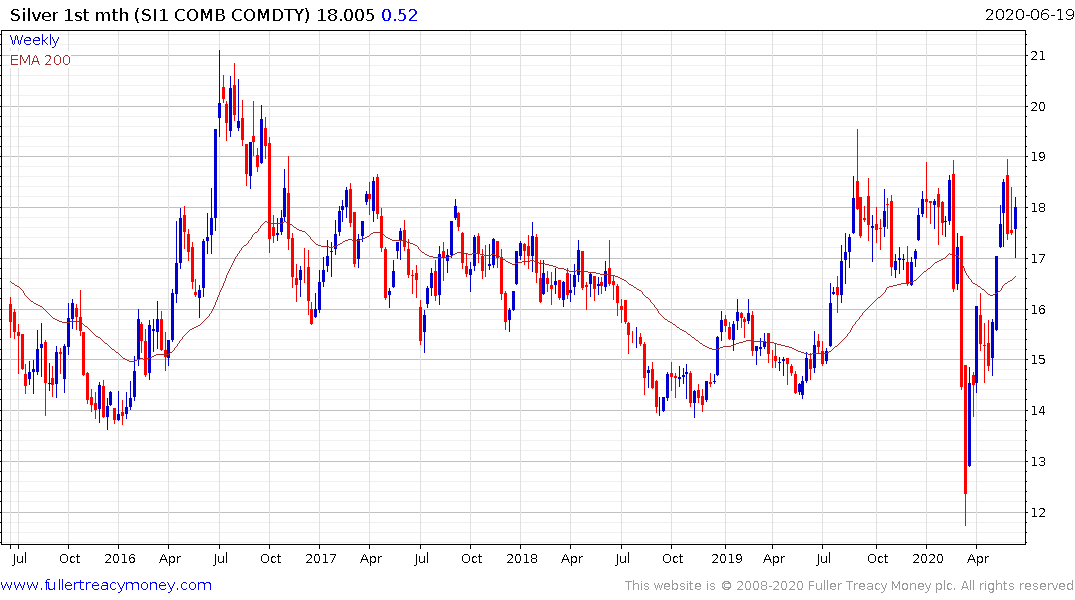 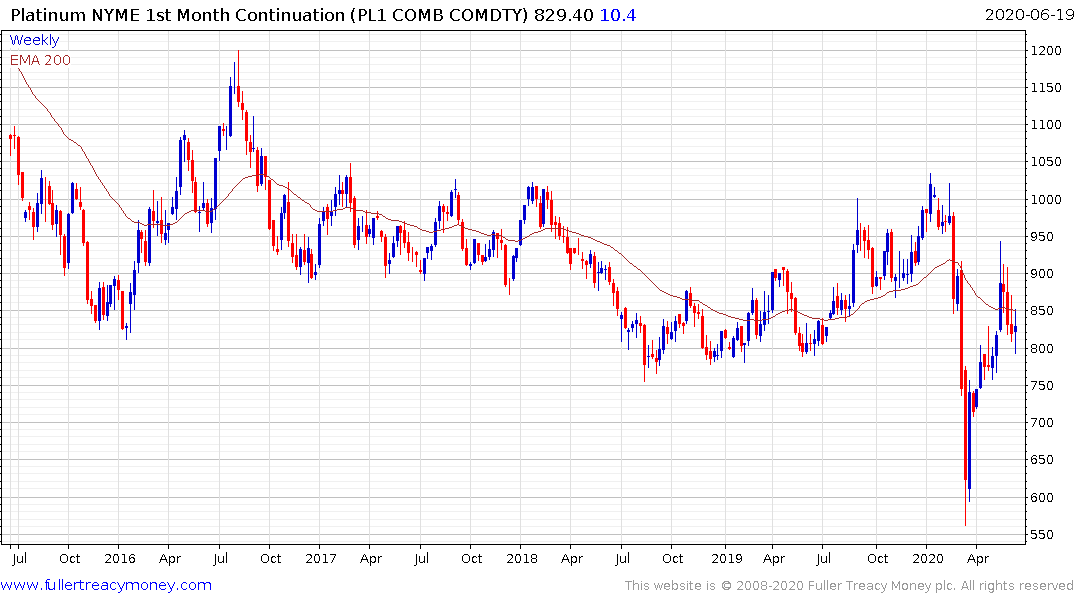 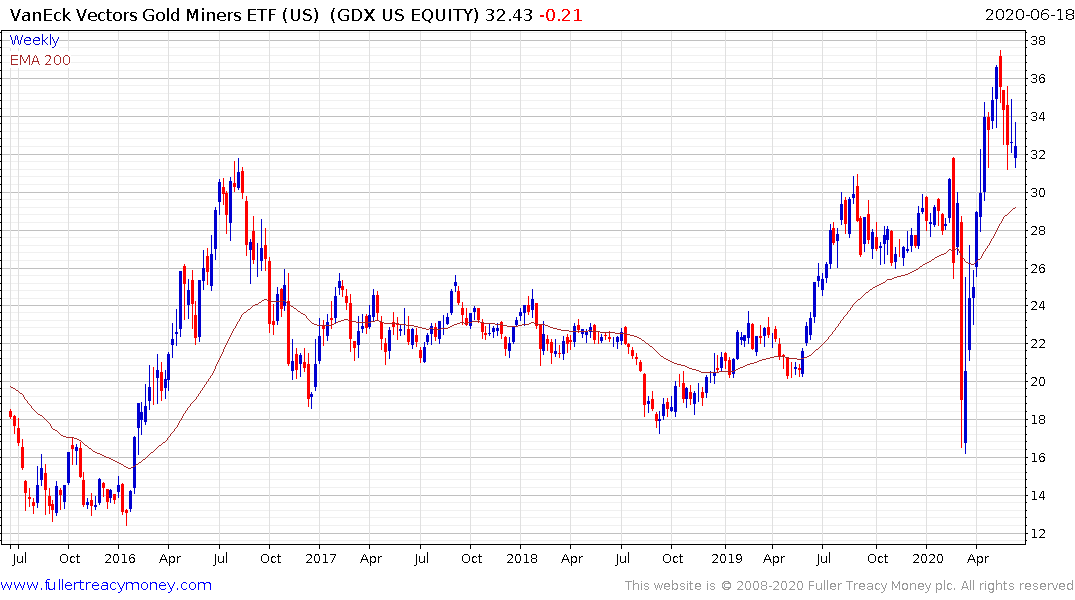