The Challenge in Valuing Gold
Comment of the Day

The Challenge in Valuing Gold by Eoin Treacy

Yet, in periods when both budget deficits and monetary aggregates have rapidly grown, gold has historically outperformed—and it is doing so now. At such times, gold also adds diversification benefits to portfolios.

Over the past few years, we have argued in numerous pieces that gold has started a bull run. And once they start, gold bull markets tend to run until either the US dollar strengthens meaningfully, and/or the Federal Reserve tightens monetary policy. Right now, neither of these two outcomes is likely. Hence, the gold bull market looks set to continue.

The Dollar declined in a meaningful manner as soon as combined monetary and fiscal stimulus kicked off in March. It staged a modest rebound in September when doubt arose about the persistence of the fiscal portion of that program.

It looks like President Trump tried to deploy the negotiation tactic of walking away from the discussions earlier this year, only to come back today. Quite whether that is going to be succeed in helping to close a deal remains to be seen. At least the difference in sums being suggests has narrowed. 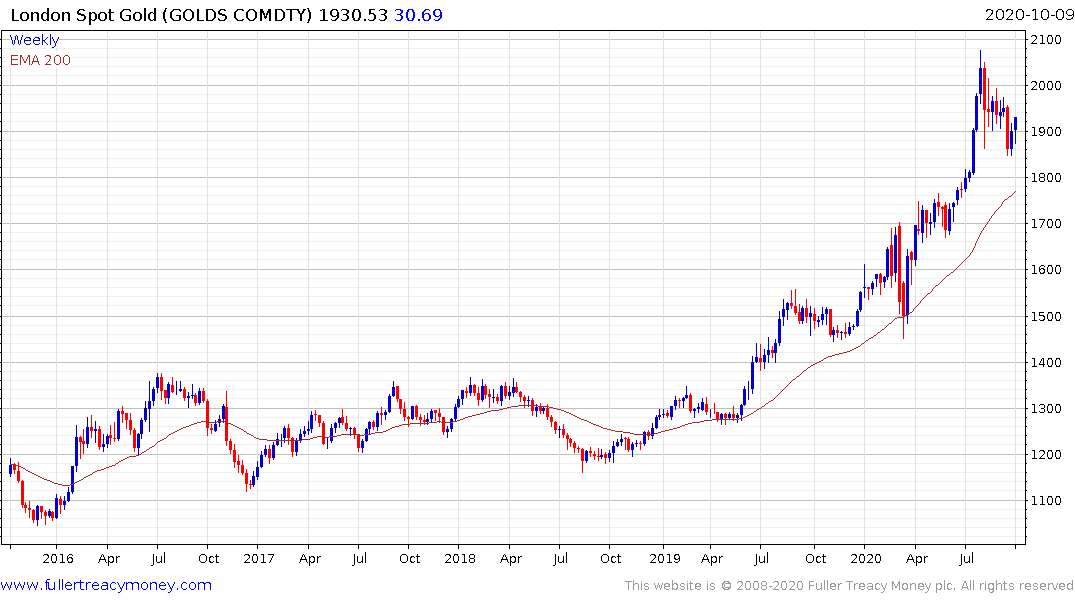 Gold rebounded on the news and has now done enough to break the short-term sequence of lower rally highs. That bolsters the argument that a full reversion towards the mean may be avoided and confirms support in the region of the 2011 peak. 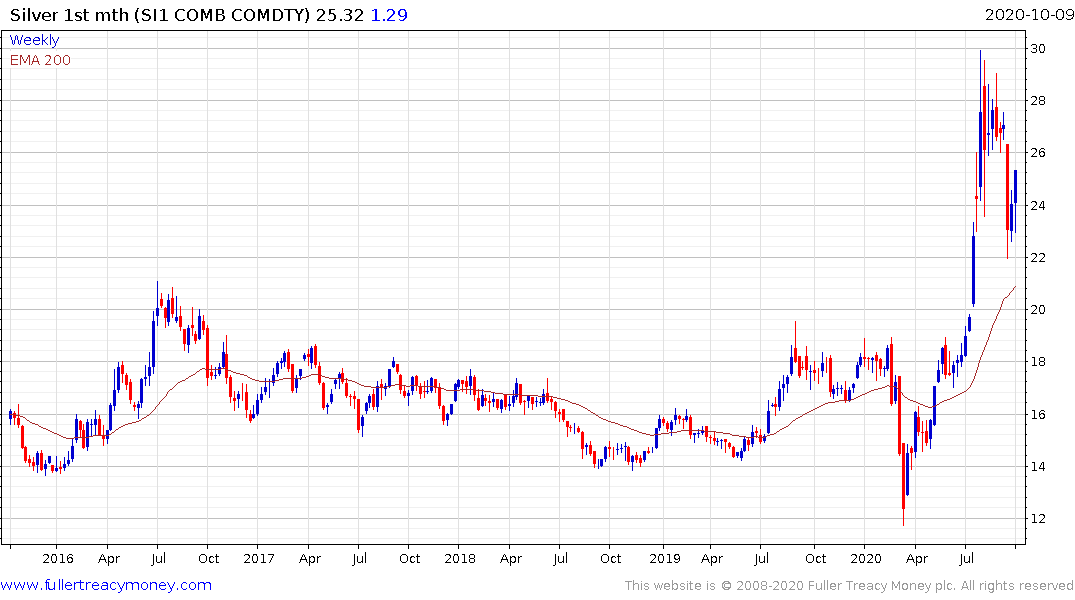 Silver rebounded back above the psychological $25 level and a clear downward dynamic would be required to question near-term scope for continued upside. 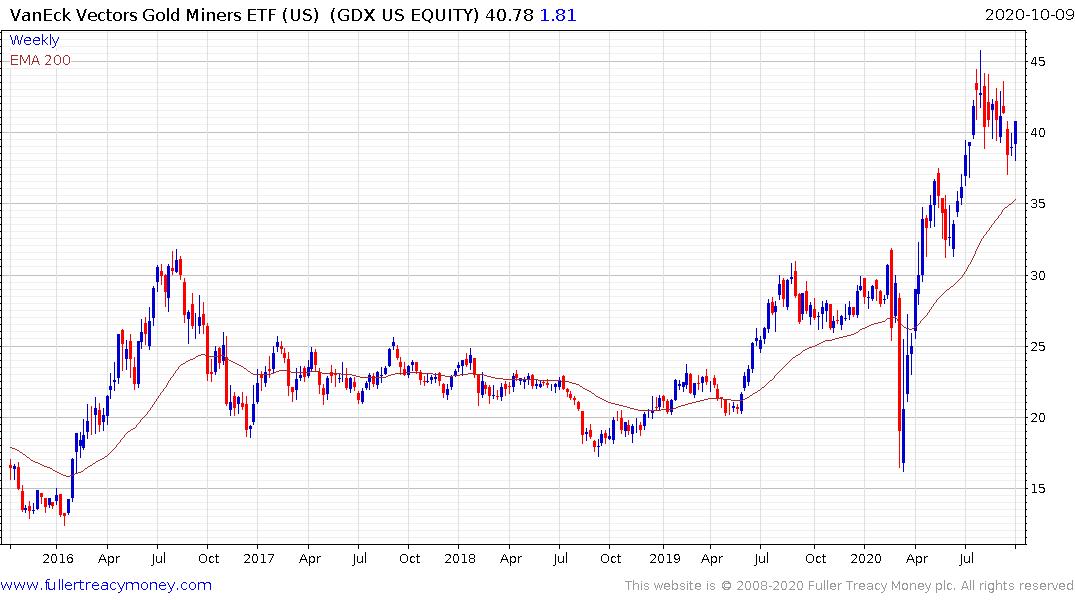 The VanEck Vectors Gold Miners ETF (GDX) also rebounded today to break the short-term sequence of lower rally highs. From a medium-term perspective it remains in a staircase sequence uptrend of ranges one above another.