The Age of Disorder by Eoin Treacy

Assuming life does not become more economically favourable for Millennials as they age (many find house prices increasingly out of reach), this could be a potential turning point for society and start to change election results and thus change policy. This is particularly the case when we recognise that the votes for Brexit and Trump in 2016 left many younger people feeling angry and alienated by political decisions that a sizable majority of them were against.

Such a shift in the balance of power could include a harsher inheritance tax regime, less income protection for pensioners, more property taxes, along with greater income and corporates taxes already mentioned, and all-round more redistributive policies. The “new” generation might also be more tolerant of inflation insofar as it will erode the debt burden they are inheriting and put the pain on bond holders, which tend to have an ownership bias towards the pensioner generation and the more wealthy. The older generation may also have to be content with lower (or even negative) asset price growth if the younger generation does not have a sudden income boost.

Whether or not individuals see the above as 'good' or 'bad' is not necessarily the point. Rather, it seems clear that this will be a big break from the status quo and lead to far more disorder than in the prior era of globalisation.

Amidst the clash between the young and old, an increasingly fraught issue will be climate change – something that increased during and because of the recent globalisation era. This is our seventh key theme and is one where heavily polarised opinions exist – not just about the extent of the problem, but around the various options available to respond. Although the pandemic has displaced climate change from the front pages for now, as the size of the pro-climate younger generation grows, so too will the pressure on leaders to act.

We are likely to see huge pressures for a greener response to the post-pandemic economic rebuild. To move the world to a consumption-driven model of measuring and judging carbon emissions, we believe a carbon border adjustment tax is needed and this will likely be implemented this decade. Given more Millennials will be elected into positions of power over the coming decade, this tax will probably not suffer from the same watering-down as other environmental legislation. As such, a strong carbon border tax will reinforce the disruption to the status quo and create disorder for both companies and countries in terms of the relationships between them that in the era of globalisation were relatively calm.

The fall of the Iron Curtain and ensuing spread of liberalism greatly enhanced the argument for globalisation and offshoring. The process lifted billions out of abject poverty and into the middle classes. Unfortunately, it also had a levelising effect which robbed lower middle class, less educated people in developed markets of their likelihoods.

The low-end service jobs that replaced manufacturing and mining do not offer the same compensation. That has hollowed out the middle class in much of the developed world. More reliance on social services and debt accumulation papered over some of the cracks but the credit crisis, housing busts and austerity have contributed to the rise of populism. That is a global phenomenon and is at its root a rebellion against the status quo.

The government response to this rebellion has been to boost spending and cut taxes. That’s true of just about everywhere populist governments have taken over, from India to the USA and UK. As long as the flow of liquidity remains intact it will represent a tailwind for asset prices.

However, one factor I have seen little discussion of is the negative cap rates on property in major cities. It is currently much cheaper to rent than buy in cities like New York, London, Los Angeles or Sydney. The monthly rent is often 30% less than the cost of making a mortgage payment on the same property. That is particularly true in the more desirable neighbourhoods.

The argument about political disruption, the end of globalisation and generational change is all credible but the catalyst for it to meaningfully affect financial asset prices resides in inflationary expectations and their impact on interest rates. 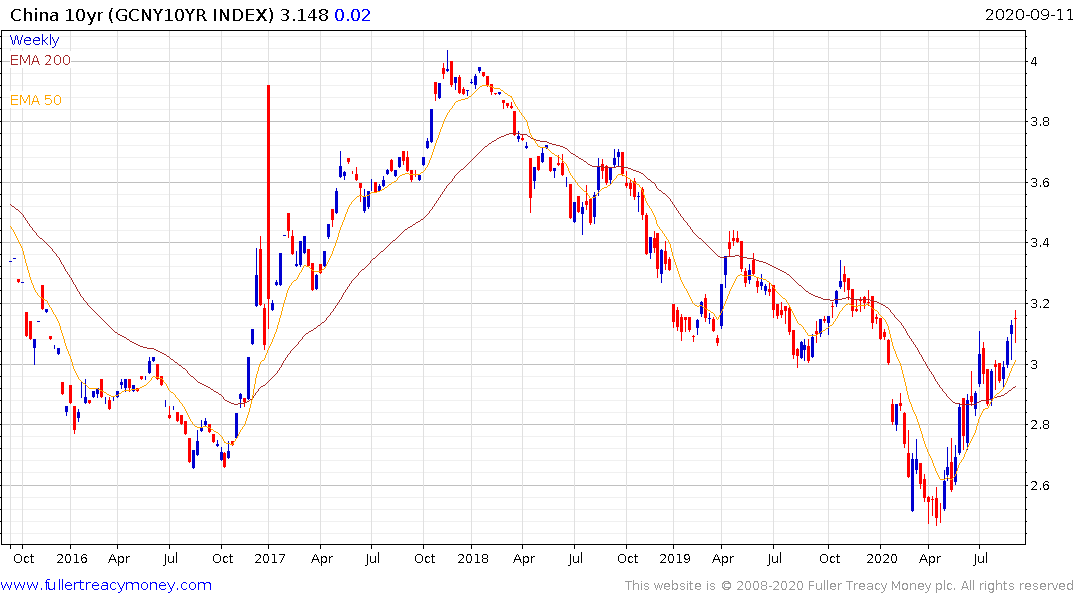 China’s 10-year yield has broken its downtrend. We now have evidence of support in the region of the trend mean and a higher high. This is an uptrend. Inflation is rising in China, led by food and that has the potential to materially affect the price of exports. 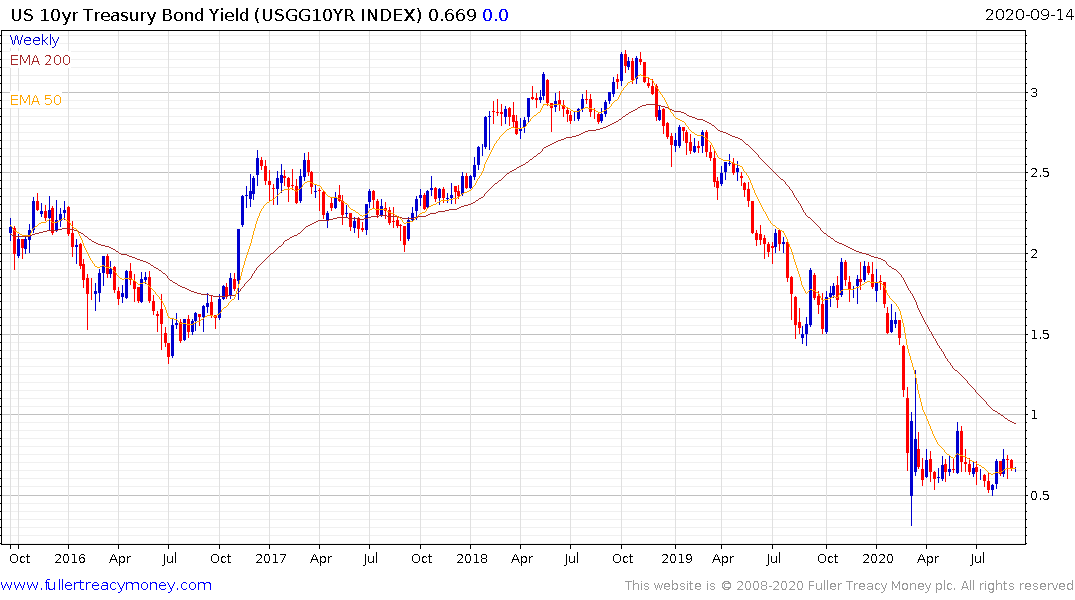 US Treasury yields remain rangebound. The pace of the recovery and how willing the Fed is to leave liquidity in the system will influence inflationary expectations.

For now, real interest rates have not been this negative since the 1970s. That represents a primary tailwind for gold, which continues to hold the $1900 level. 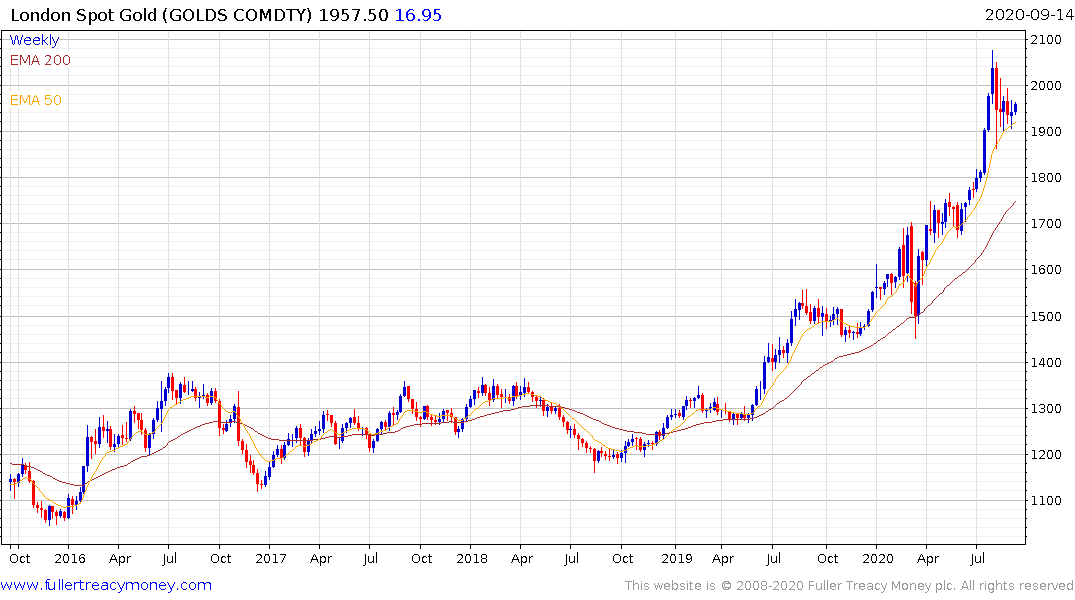