The China Upswing by Eoin Treacy

Tightening starts out as countercyclical, typically when external demand is strong, but it eventually becomes pro-cyclical, sometimes because external demand conditions deteriorate. Once growth decelerates beyond the policymakers’ comfort zone, their priorities shift to stabilising growth and preventing an adverse spill over on the labour market.

In the current cycle, with the sharp pickup in external demand, policymakers stuck to their playbook and tightened macro policies to slow infrastructure and property spending. But the Delta wave-led restrictions further weighed on consumption growth. Continued policy tightening pushed growth lower than policymakers' comfort zone. Policy tightening was also aggressive, with a 10ppt drop in debt to GDP ratio in 2021, a magnitude not seen since 2003-07. Moreover, the rapid succession of regulatory actions has taken markets by surprise, adding uncertainty. Now, with GDP growth decelerating to just 3.3%Y in 4Q21 (4.9% on a two-year CAGR basis), policymakers have hit pause on deleveraging and began to ease both monetary and fiscal policy a few weeks ago.

The Central Economic Working Conference (CEWC) confirms policymakers' resolve and increases our confidence in an upswing. Their statement acknowledged that "China's economic development is facing three pressures: demand contraction, supply shock, and weakening expectations," suggesting to us that they recognise the need to revive private business and market sentiment toward China's growth outlook and that policymakers will continue to take action to stem the downturn.

Capital is both global and mobile. China demurred from opening the monetary and fiscal spigot during the early portion of the pandemic. It didn’t need to. Demand for its exports took off and it was possible to keep factories open because of the country’s strict quarantine regime. Using a period of outsized growth in its balance of trade to tighten up on overleverage in the property sector was a sound countercyclical policy. 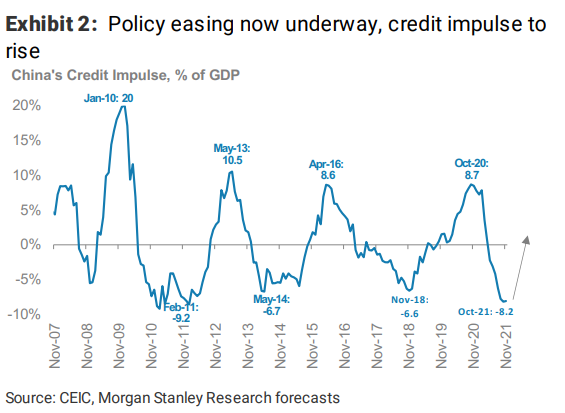 The risk today is whether it will go too far and damage consumer confidence. Property sales have slowly significantly. The omicron variant has not yet arrived in China. There is the significant potential that the rest of the world will have already recovered from the variant before China has to deal with it. That could easily be the catalyst for a change of tack on stimulus. 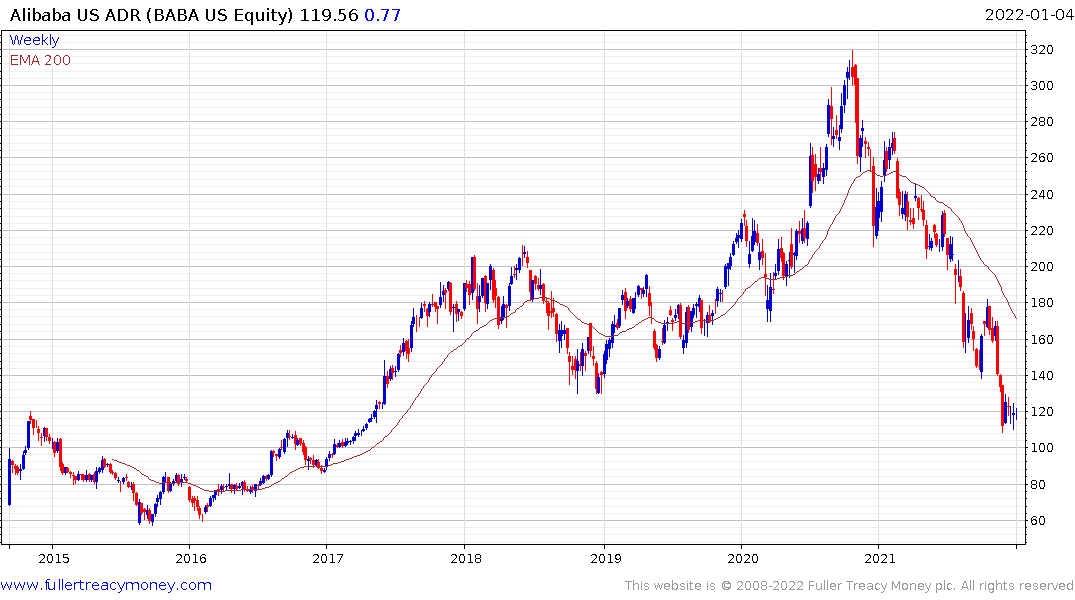 Companies like Alibaba are attempting to bottom and not least because Charlie Munger has been rather vocal in his purchases of the share. 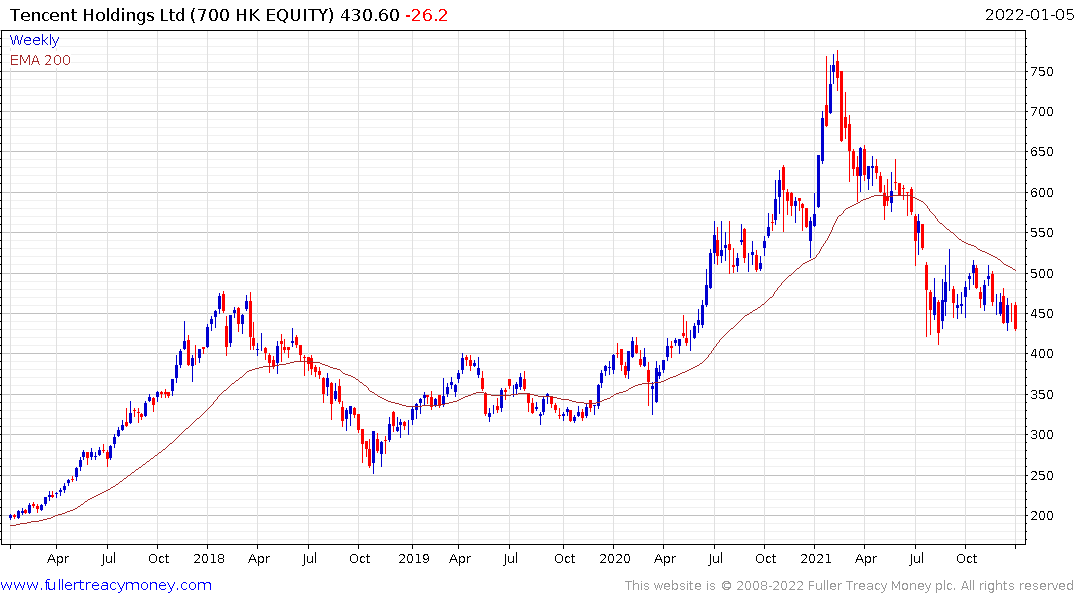 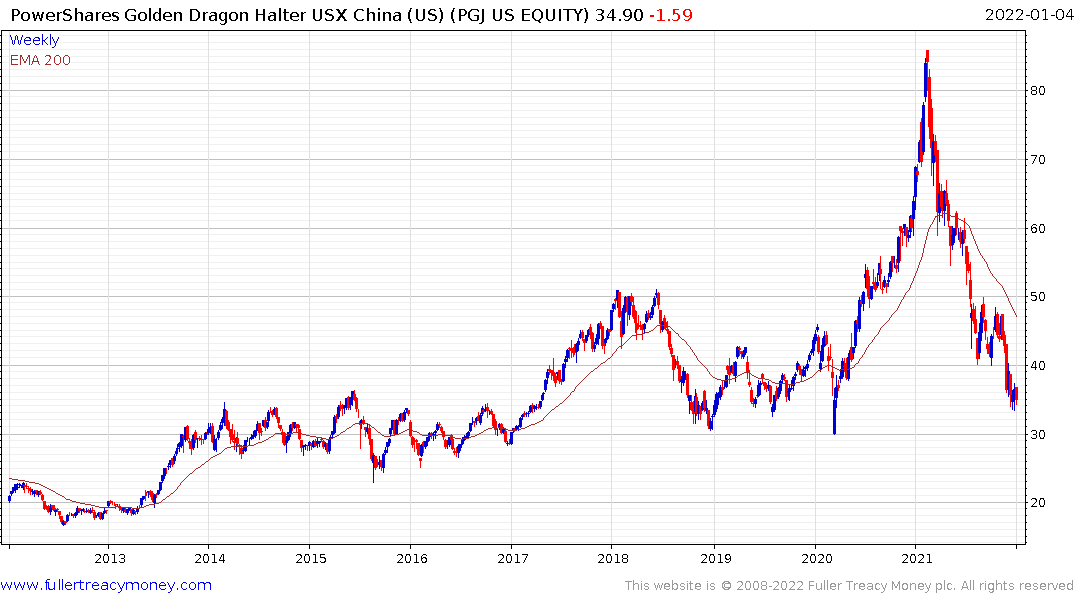 The Invesco Golden Dragon ETF steadied in the week before Christmas but has so far failed to improve on that performance. A short-term oversold condition is evident and it is in the region of a previous area of support but some movement on the monetary/fiscal front may be required to catalyst bullish interest.