"While Tesla is awaiting feedback from NHTSA regarding their investigation of recent fire incidents, the German Federal Motor Transport Authority, Kraftfahrt-Bundesamt, recently concluded its review of the incidents, finding no manufacturer-related defects or need for further action," Tesla said yesterday in an e-mailed statement.

Tesla Motors has a product which has so far been elusive for the electric vehicle sector; a car consumers aspire to own.  This helped fuel the share's rally from obscurity early this year to test the $200 area by October when it encountered resistance and quickly pulled back to close its overextension relative to the trend mean.  Issues with lithium batteries catching fire is nothing new.  Boeing's Dreamliner has had some of the same issues. What is perhaps more important will be the ability of the manufacturer to improve on known issues and to deliver sales growth in Europe and China. 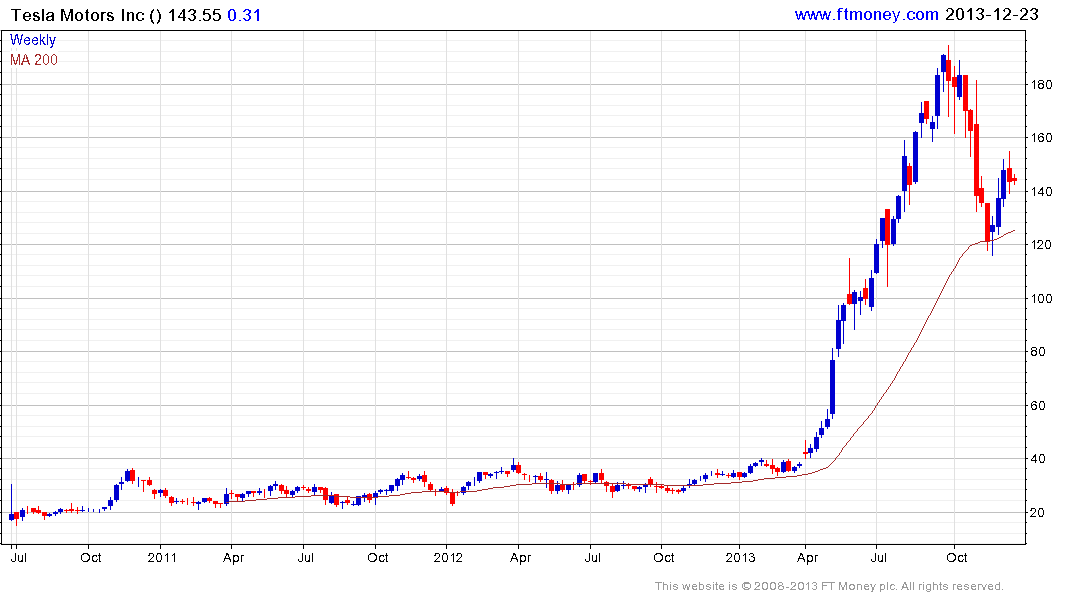 The share found support in the region of the trend mean near $120 from November and has rebounded. However, some additional time is probably required to rebuild confidence before a move to new highs can be sustained.

?If we consider the outlook for 2014, then shares that have already spent time consolidating earlier gains and are now returning to positions of outperformance are probably more likely to draw investor attention than 2013?¡¥s stars which are only beginning to consolidate powerful advances.