Tesla Owner Takes Delivery, Heads for Autobahn Experience – This article by Bill Howard for Extreme Tech may be of interest to subscribers. Here is a section:

If this were a pickup truck video, one of the tags would be “hold-my-beer-and-watch-this,” and in the final frames, the video might appear to be upside down. Now that the European deliveries of the Tesla Model 3 have begun (Feb. 6), we’ll be seeing all manner of Model-3-in-Europe videos.

Here’s YouTuber “Dan’s Tesla,” who apparently took delivery of a Model 3 in mid-February in the Netherlands, then proceeded 80 km (50 miles) to Germany’s Autobahn for a satisfying high-speed Fahrt lasting 213 seconds. Dan does note he’s “not used to driving on the autobahn” and backed off after a bit. Survive to live another day and all.

I took my brand new Model 3 to the german highway, just 80KM away from the Tilburg delivery center. 209KM/h while wifey [“wifey”?] is holding her laptop [and phone], no problem. I was too afraid to keep pushing as I’m not used to driving on the autobahn and it was difficult to judge when to apply brakes.

The most rational people will contend that it is pointless having a fast car when there is nowhere to take it up to speeds that would allow you to experience its full potential. That’s particularly true when you are stuck in traffic on the morning commute. Nevertheless, it is nice to have a burst of speed when you want to overtake or change lanes. Even more relevant is no ever said the choice of what car to own is a rational decision. For many people it’s as much about prestige and one-up-man-ship as it is about utility.

Driving on Germany’s autobahn network is fun and having a car that can comfortably keep up the S-Classes and 7-Series zooming along for a fraction of the price suggests electric vehicles are more of a challenge than the major auto manufacturers are prepared for.

Tesla has bounced from the $300 area, again, and a sustained move below that level would be required to question medium-term scope for continued higher to lateral ranging. 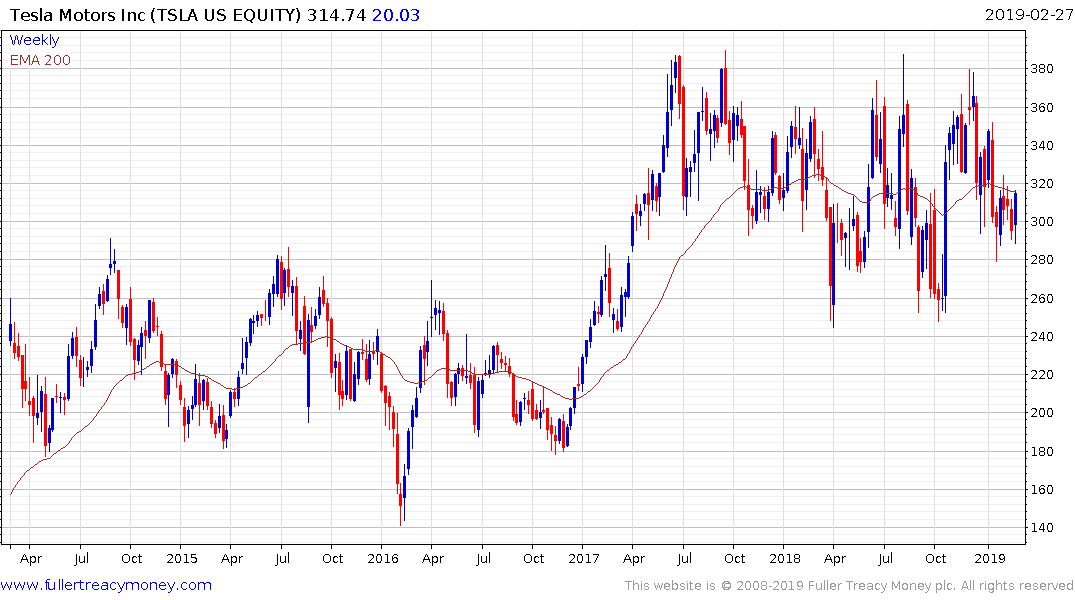 The one big advantage Tesla has is a ready supply of its own batteries. No German car company has its own battery manufacturing capacity. China and South Korea on the other hand have plenty of battery manufacturing capacity and are building a lot more. If there is one major competitor to Tesla it will come from Geely Automotive’s Polestar 2, via Volvo, which is priced below the Model 3.

Geely has rallied since early January to unwind its oversold condition relative to the trend mean. However, it still needs to break the sequence of lower rally highs if it is to break the medium-term downtrend. 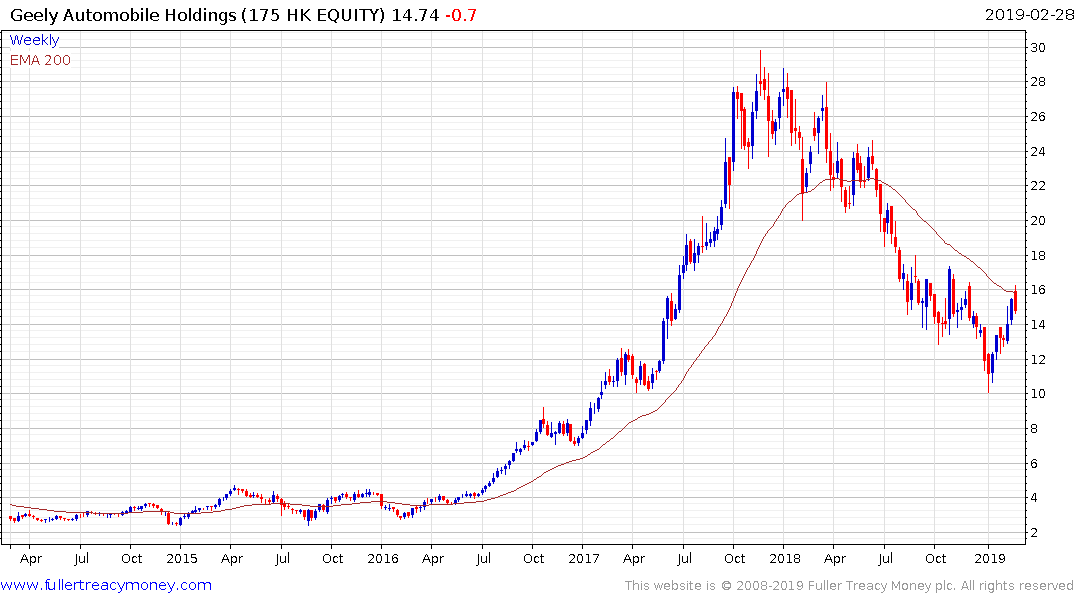 Volvo, which focuses on trucks and construction equipment, has bounced from the upper side of the underlying six-year range but needs to sustain a move above SEK140 to confirm a return to medium-term demand dominance. 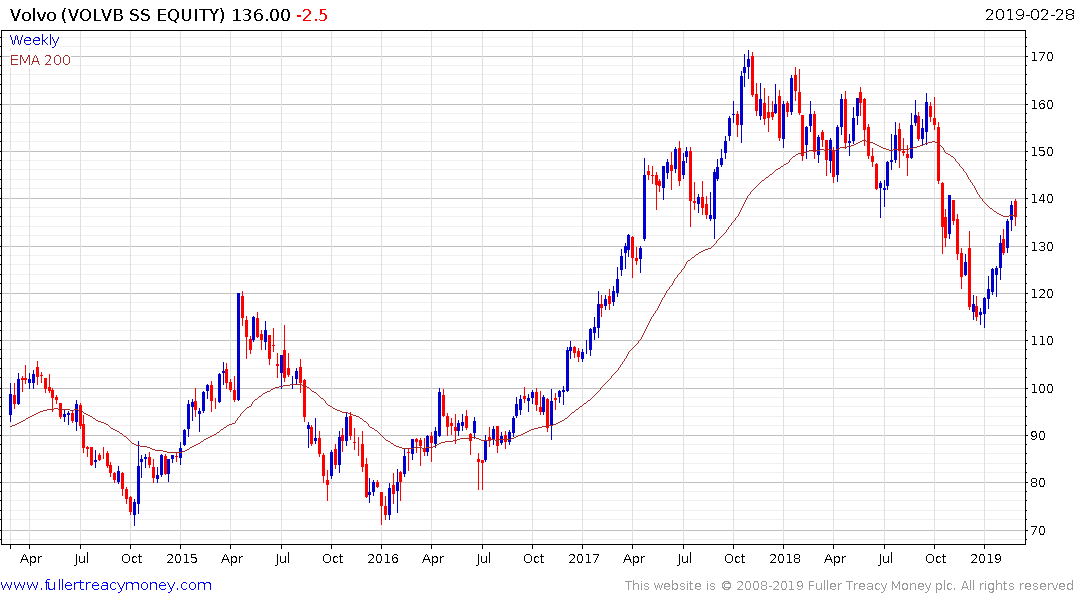