Tencent’s $977 million proposed Sogou deal follows the $6.5 billion private equity-led privatization of 58.com Inc. and a $1.6 billion acquisition of Sina Corp. The backdrop is strained U.S.-China diplomatic ties, with this month’s closing of consulates in Houston and Chengdu. In May, the U.S. Holding Foreign Companies Accountable Act raised the prospect of delisting should a Chinese company be found to have broken tougher rules.

While the CEO’s of the USA’s tech companies are grilled in Washington, China’s tech CEOs face no threat of antitrust measures. In a command economy, a company either fulfils a need in supporting the rule and glory of the Party or it does not. To the extent is assists in supporting the government’s ambition size and scope are encouraged. In fact, complete market dominance is the ambition. 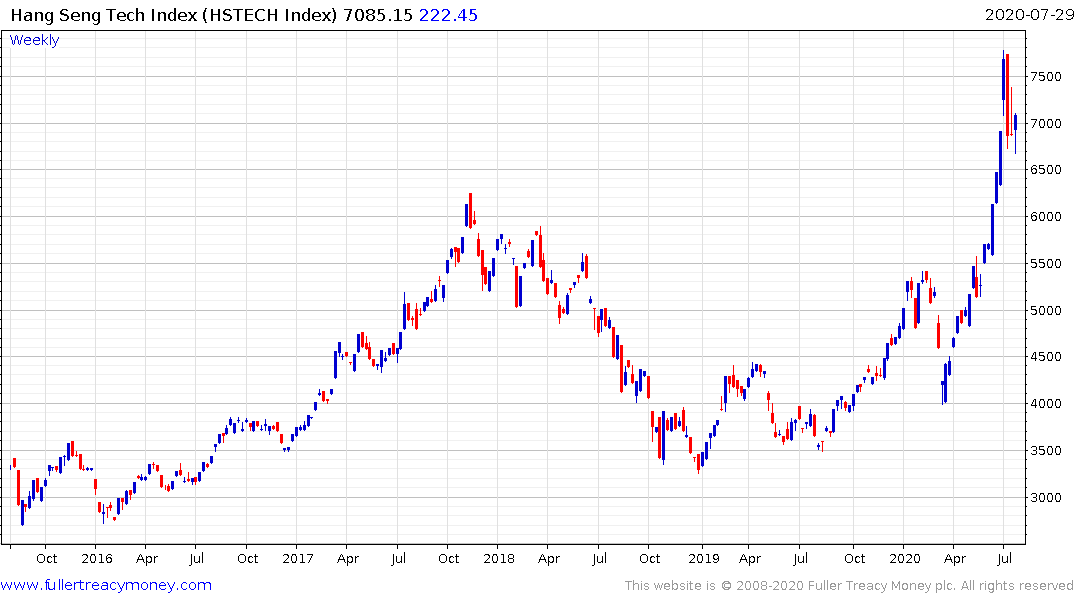 The process of relisting Chinese companies on the mainland and Hong Kong continues apace. The newly formed Hang Seng TECH Index is being touted as a competitor to the FAANG Index and its momentum has a lot in common with Tencent’s recent surge.

The impending IPO of Ant Financial, Alibaba’s financial services crown jewel is an additional sign China is clearly interested in establishing itself as a major centre for both tech innovation and investment.