Heading into the credit crisis, the TED spread and the OIS spread took on almost legendary status as predictors of future troubles in the financial sector. 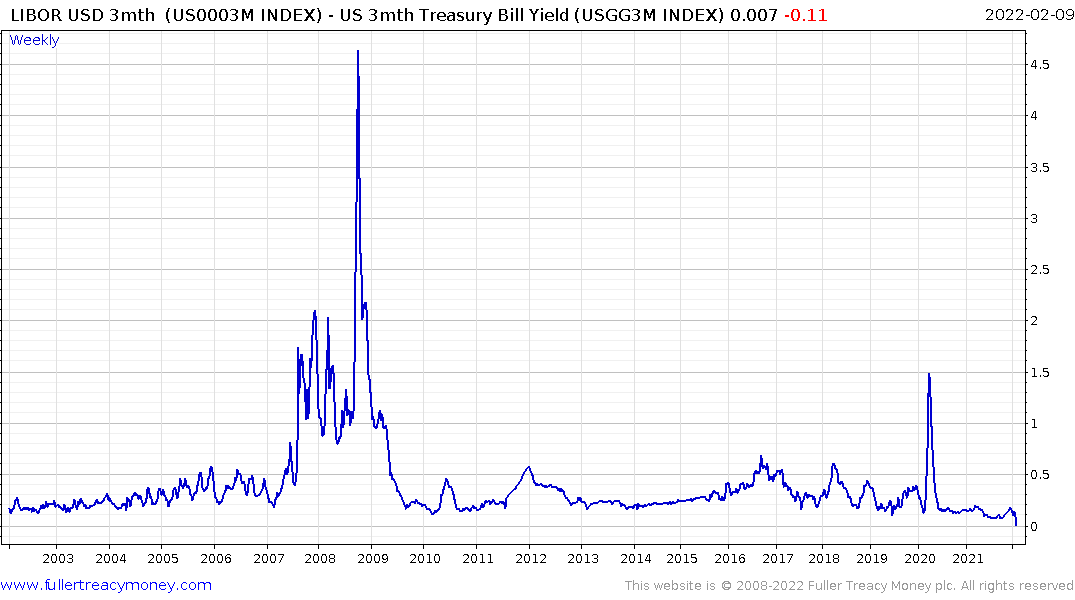 The Ted spread is the difference between 3-month LIBOR and 3-month Treasury yields. Since LIBOR is a measure of what rate banks are willing to lend to one another, when the spread widens it is viewed as a measure of perceived risk in the sector. 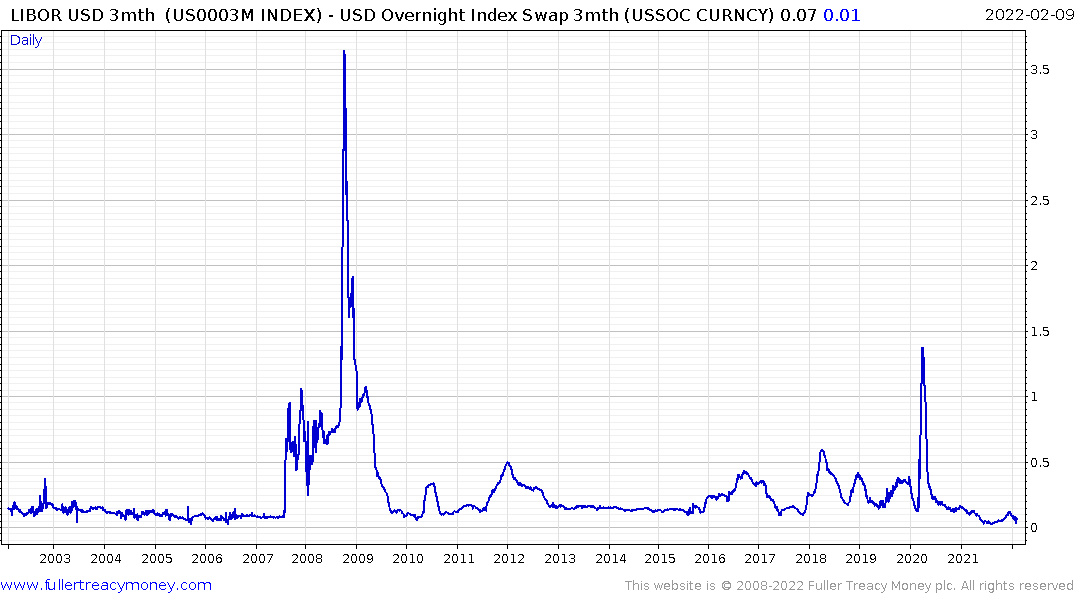 The LIBOR-OIS spread is the difference between 3-month LIBOR and 3-month Overnight Index Swap. It’s another measure of health in the financial system.

Both spreads jumped higher in 2007 and spiked in 2008. Two things are worthy of consideration at present.

The first is the extraordinarily low levels to which the spreads have declined. As investors price in the potential for a 50-basis point hike in March, 3-month government paper yields have jumped much faster than LIBOR. That has resulted in the spread testing the lowest levels since before the credit crisis. 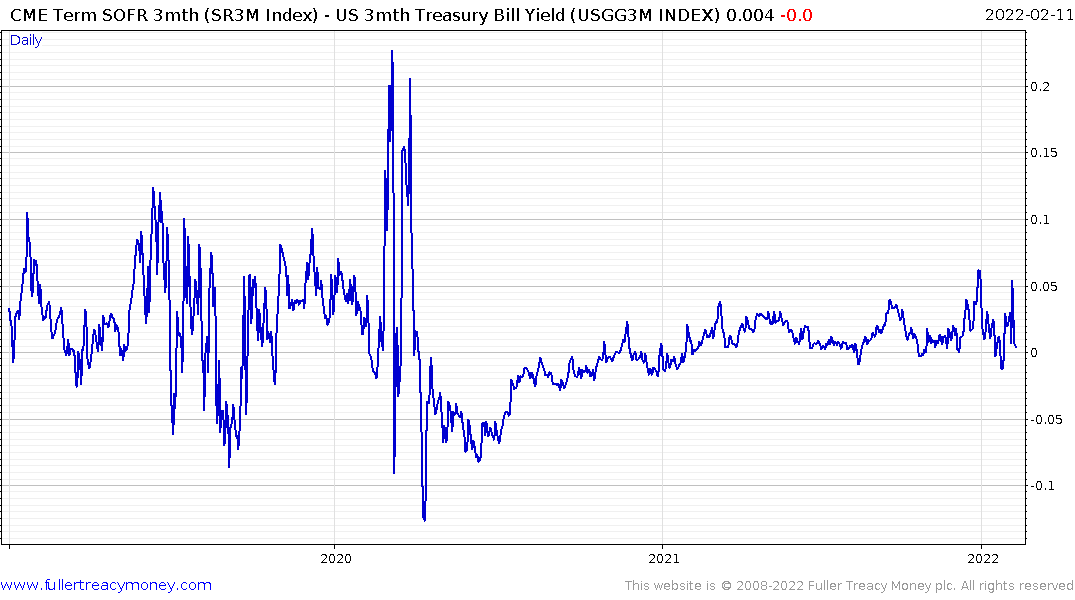 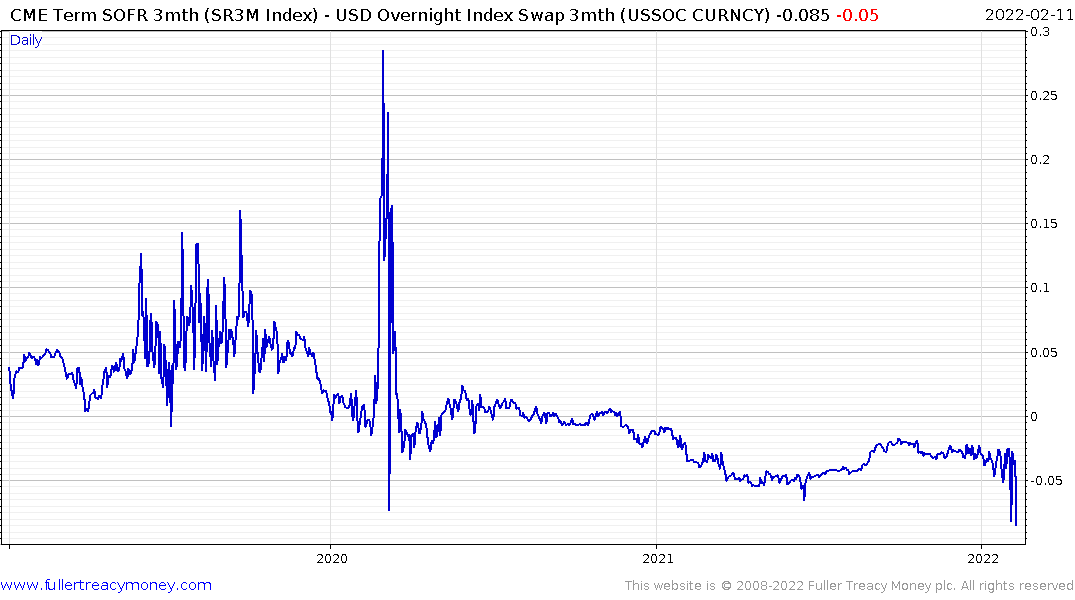 The second is LIBOR is being retired and replaced with SOFR rates. When we adjust the spreads to incorporate SOFR instead of LIBOR we get even tighter levels.

These spreads suggest investors have concluded rising Treasury yields are the government’s problem, not the financial sector’s. That’s might be true at least for the short term but rising yields are pressuring high yield bonds. 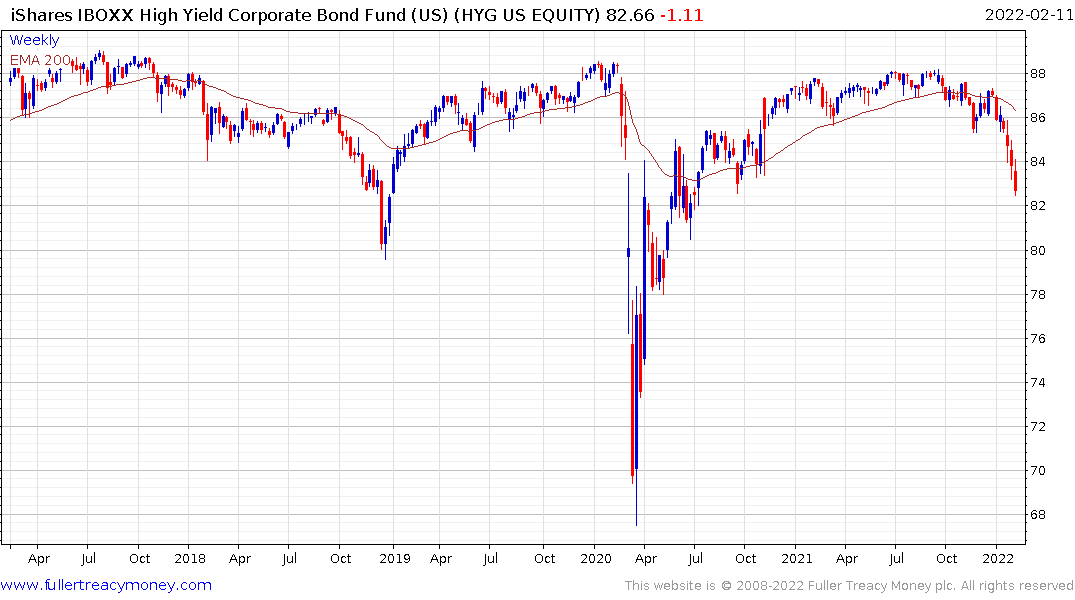 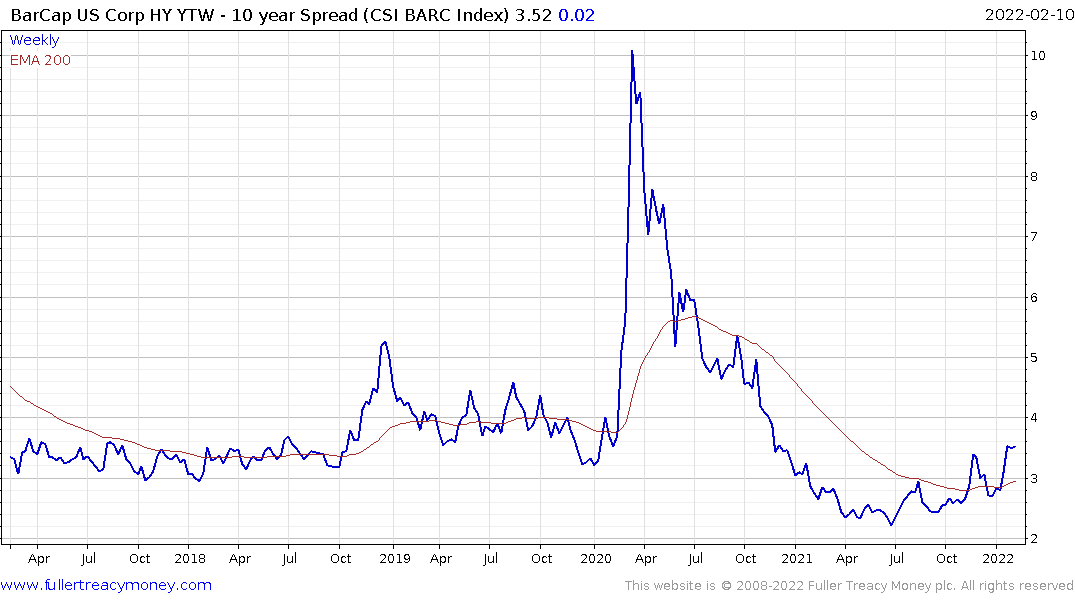 High yield spreads are only beginning to widen. It appears to be only a matter of time before investors are willing to attach a higher risk premium to the sector which suggests there is scope for additional selling pressure and widening of risk metrics. 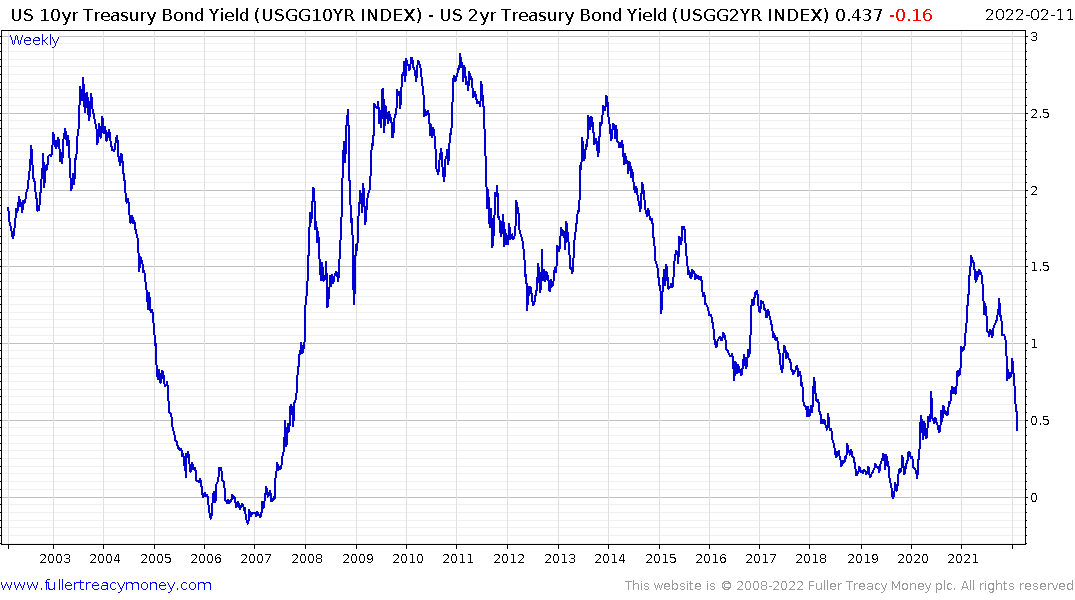 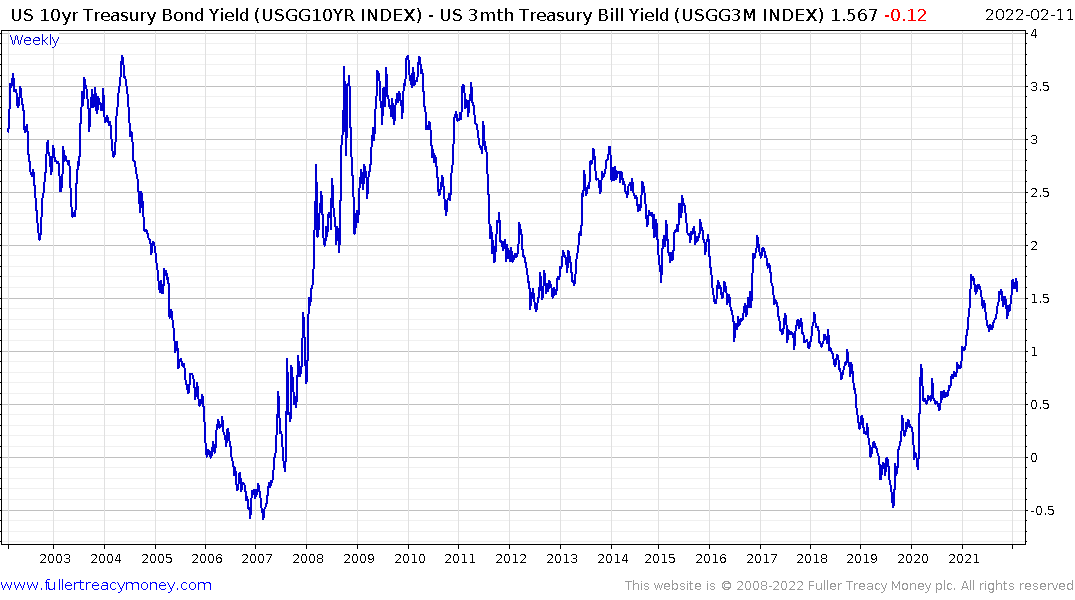 Meanwhile, the rapid jump at the front end of the curve is likely to accelerate as the reality of interest rate hikes is priced in. So far, the 10-2-year yield curve spread has contracted violently while the 10-year-3-month has been expanding. That divergence is no sustainable and it is highly likely the 10-3 spread will contract as rate reality catches up with expectations.

An inversion only occurs when the long-term end prices in deflation while the short end prices in tightening. At present we have evidence of the opposite condition, but the transition from one extreme to the other could happen quite quickly.

These kinds of anomalies were unusual before the era extraordinary monetary policy and have been increasingly evident subsequently. It suggests the system is more fragile than it might appear.