Homegrown auto major Tata Motors on Monday said it has entered into partnerships with leading private banks, including HDFC Bank, ICICI Bank and Yes Bank, to fund its commercial
vehicles.

The tie-ups aim to enhance value offerings for customers of both new as well as pre-owned vehicles throughout the customer lifecycle, Tata Motors said in a statement. The offerings arising out of these tie-ups will include ancillary financial provisions such as fuel financing, working capital financing, aggregate financing and service cost financing. It will enable customers to avail attractive
financial schemes from all the partner financiers with minimal formalities, it added.

India’s positive demographics and massive pharmaceuticals manufacturing capacity puts in a very positive position to come out of the pandemic in a strong position. The USA published its geopolitical template for East Asia last week. India is a big part of that. The Western world wants to build up India to counterbalance China’s dominance of the region. That suggests an easier path to development for India over the coming decade. 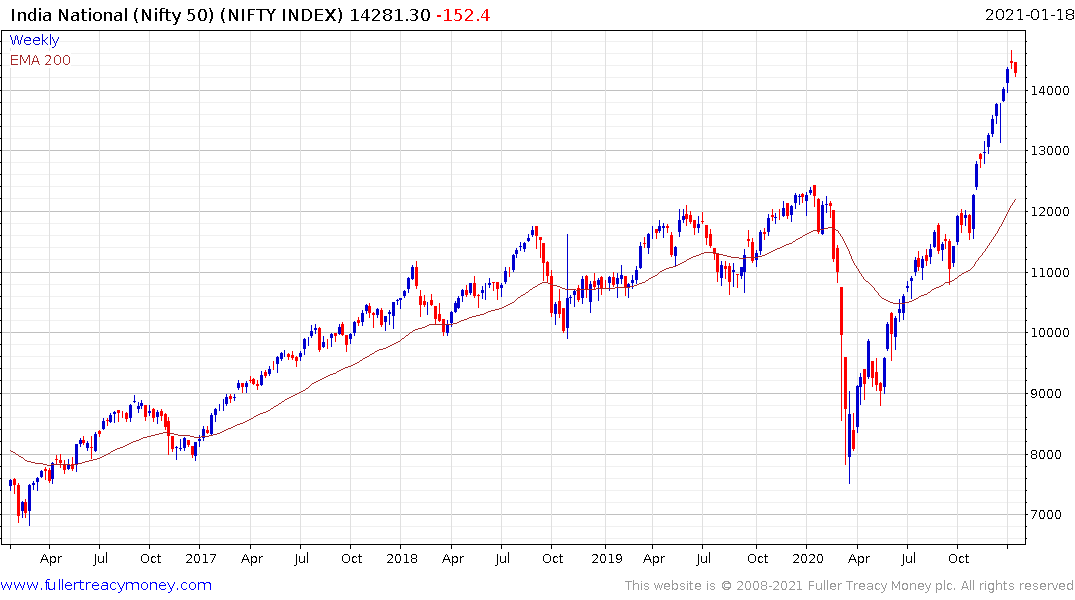 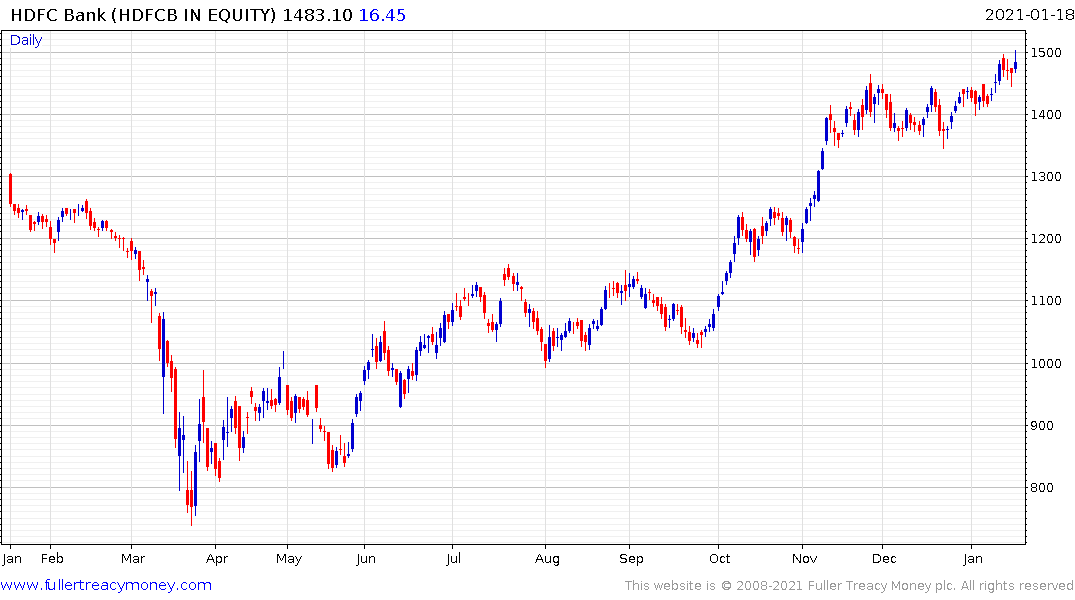 The Nifty Index is somewhat overbought in the short term so there is some scope for a reversion towards in the mean. However, a sustained move below 12000 would be required to question the consistency of the medium-term uptrend. 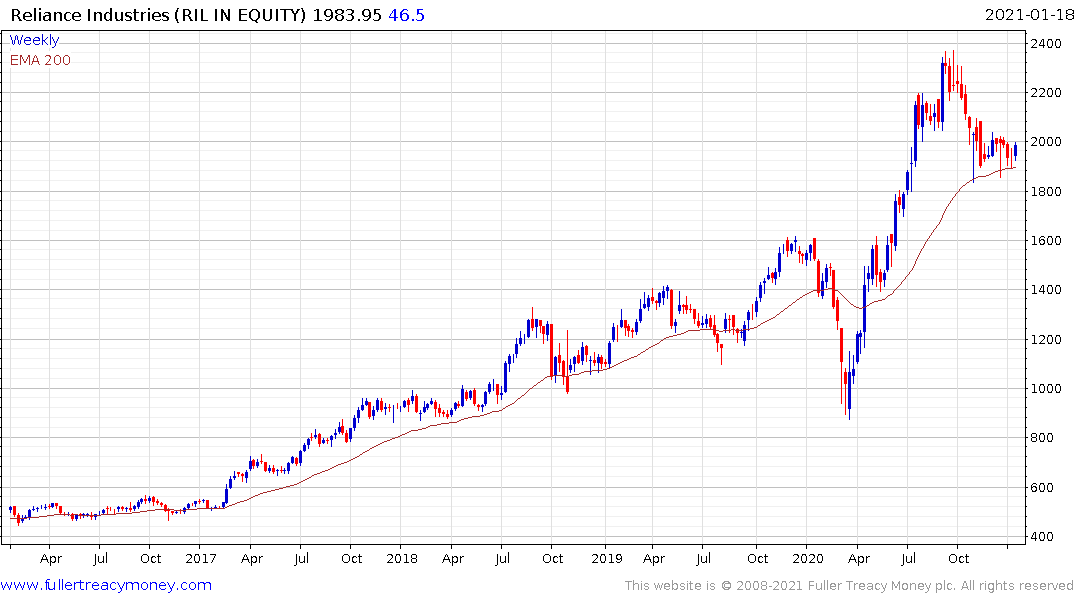 Reliance Industries is currently firming from the region of the trend mean. 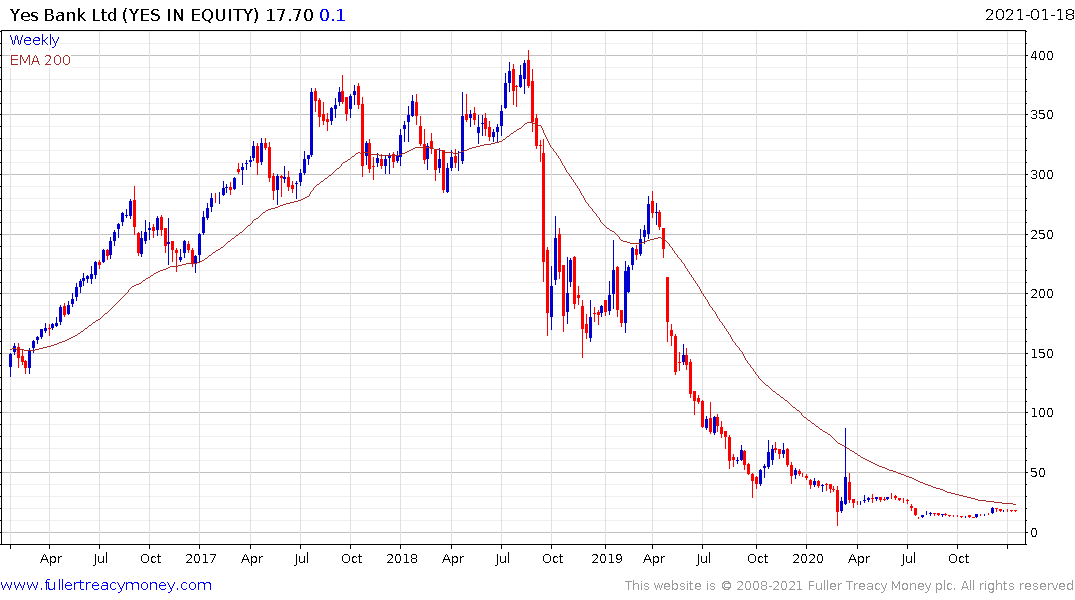 The source of Tata Motors funding from privately held banks is also noteworthy. The ability of the banking sector to prosper lies in access to liquidity and the ability to lend to creditworthy borrowers. Economic growth helps a lot with both those characteristics. HDFC shares a similar pattern with the Nifty. Yes Bank remains in a developing base formation. That is of course assuming the company survives. 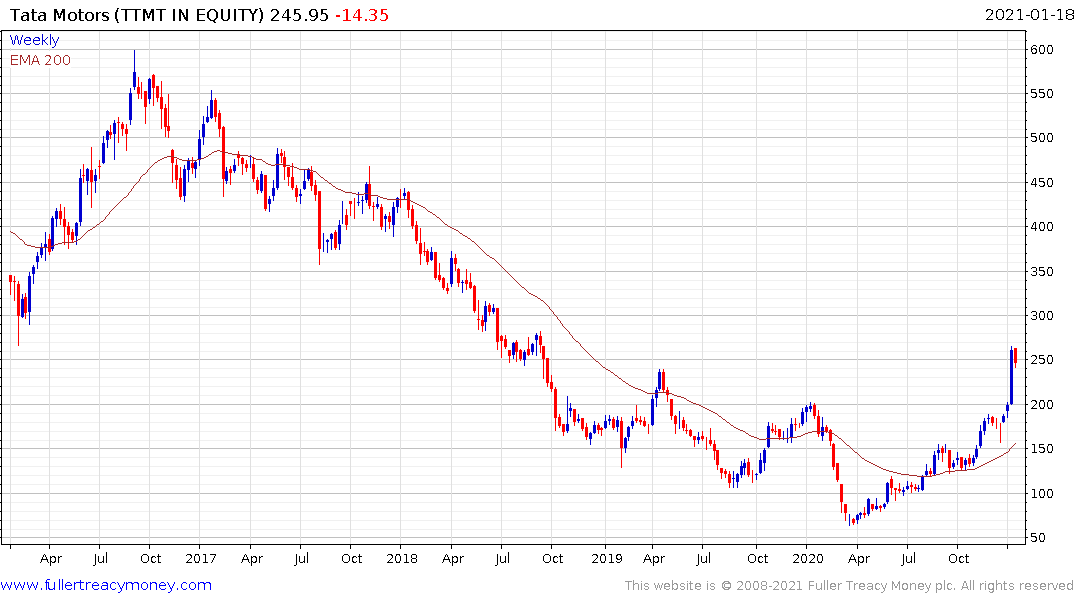