Taiwan stepped up its fight against its worst drought in decades, further reducing water supplies to areas including a key hub of semiconductor manufacturing in the central part of the island in an effort to stop reserves from running dry.

The government issued its first red alert on water supply in six years Wednesday, warning that reservoirs in several parts of central Taiwan are running dangerously low. Authorities will cut the water supply to companies in two major science parks in Taichung by 15%, economics minister Wang Mei-Hua said at a briefing in Taipei.

Water will also be cut to non-industrial users across Taichung and Miaoli County two days a week, Wang said. The measures will come into effect from April 6.

While Taiwan Semiconductor Manufacturing Co. and Micron Technology Inc. both have chip-making operations in Taichung, Wang said the restrictions would not affect their production. TSMC’s headquarters further north in Hsinchu has been spared further restrictions for now.

TSMC says it plans to increase the amount of water it uses from tanker trucks but the new restrictions would not affect operations, according to an emailed statement. A Micron representative in Taiwan declined to comment, saying the company is now in a quiet period.

The relative dry spell is putting pressure on the Hua said government to ensure continued supplies to water-intensive industries, such as its crucial semiconductor manufacturing, at a time when global companies are clamoring for computer chips. A shortage of semiconductors has slowed output at automakers worldwide, prompting TSMC and its peers to run their fabs at close to full capacity to try and keep up with demand.

Taiwan’s usually ample supplies of water have plummeted after a significant drop in rainfall last year. The situation was further exacerbated by the fact that no typhoons made landfall in Taiwan in 2020.

Wang said earlier this month that Taiwan has sufficient water reserves to keep its technology companies operating smoothly until late May, when seasonal rains usually replenish supplies depleted during the drier winter months.

The meteorological situation adds to a new challenge to TSMC just as it’s grappling with competition from Samsung Electronics Co. and Intel Corp., which has unveiled a $20 billion plan to create a foundry business that will make chips for other companies.

The world is swiftly waking up to how dependent the global economy is on Taiwan. Rising geopolitical tensions, a global shortage of chips and water concerns mean there will be concerted efforts to ensure there is significant investment in additional sources of alternative supply.

Taiwan Semiconductor continues to unwind its overextension relative to the trend mean. 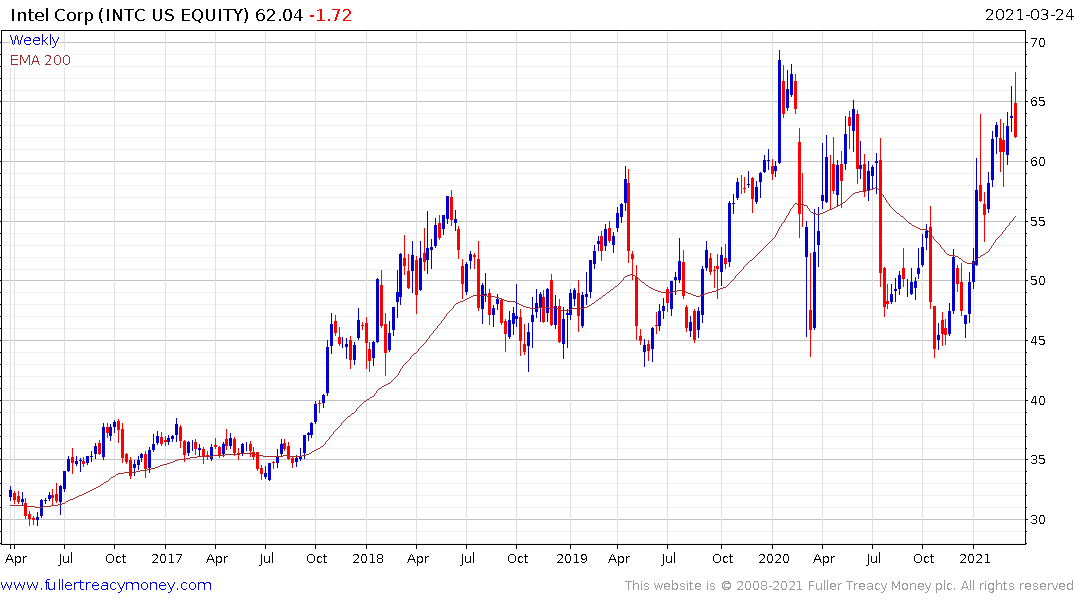 Intel is pausing at the upper side of a three-year range and today’s large downward dynamic suggests at least near-term resistance. 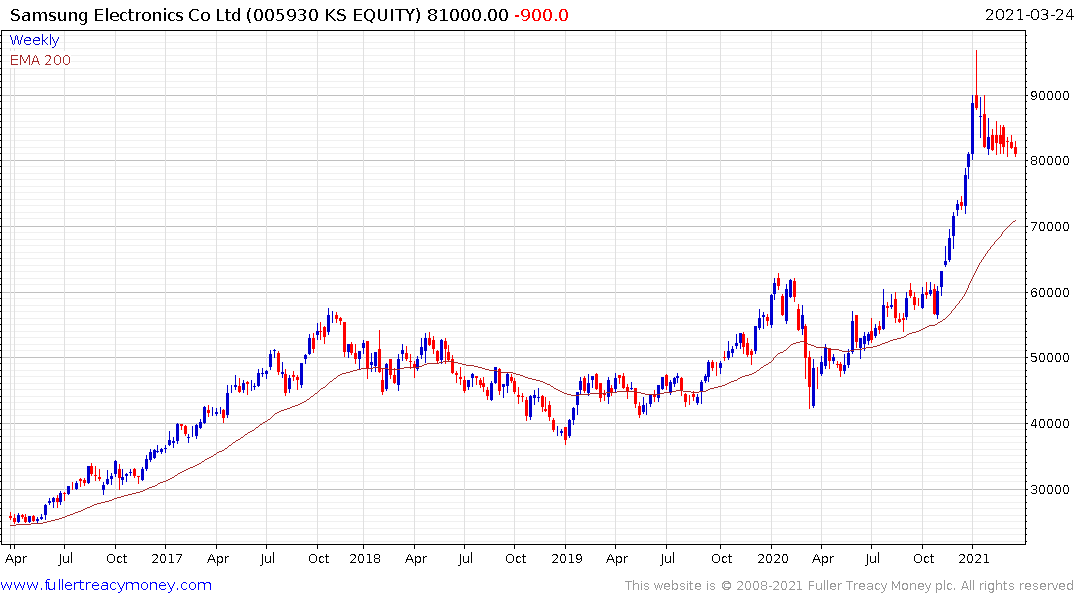 Samsung Electronics’ unwinding of its overextension has been modest to date but there is no sign yet that it is over.

There has been a significant surge in demand over the course of the pandemic, investment in additional supply is now being planned. It is uncertain whether demand growth will still be viable when that supply reaches market. 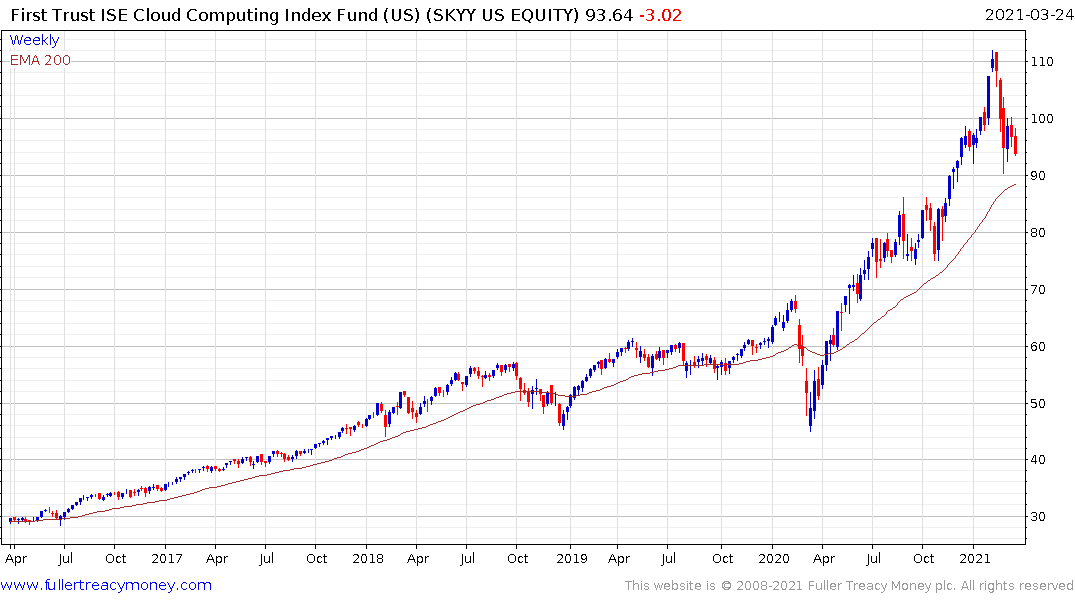 It is exactly these kinds of arguments that are weighing on the cloud and semiconductor sectors.