While stronger over the past quarter, values in the two cities are still down over the year. House values in Sydney are off by 7.7 per cent since August last year while in Melbourne they are down by 8.7 per cent.

There was a solid lift of 1.1 per cent in Canberra house values over the month while in Hobart they increased by 0.8 per cent.

Perhaps the most important point about the Australian financial sector is the Royal Commission has concluded without a knock-out blow for the banks. 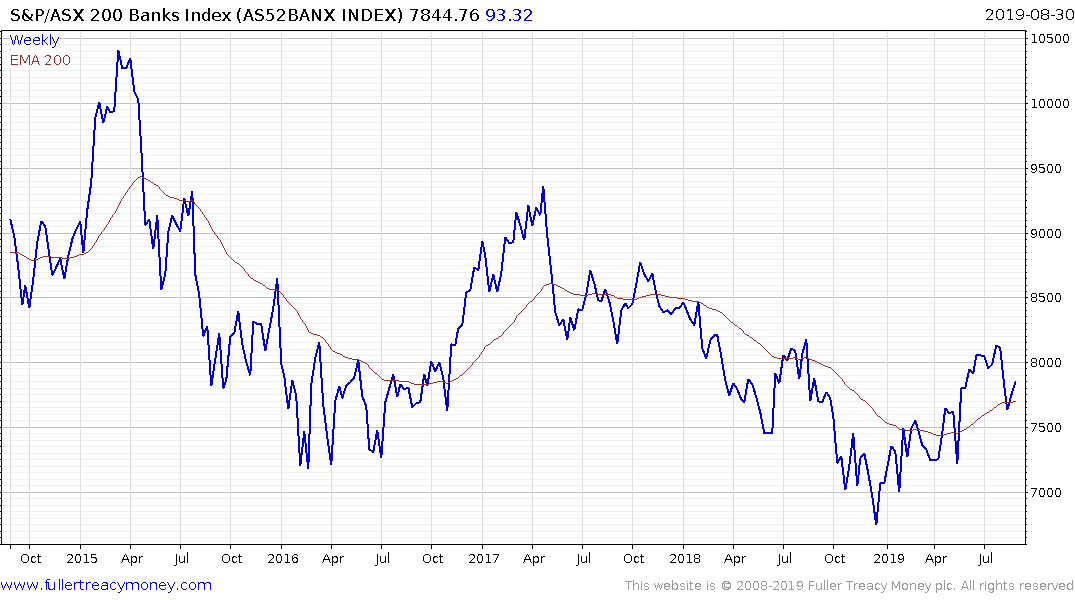 The sector is recovering, bucking the international trend, and that is supportive of the view assets prices are well supported.

With the outlook for interest rates to continue to decline, additional fiscal support measures and efforts to the support the property market there is potential the popping of the property bubble could be delayed. 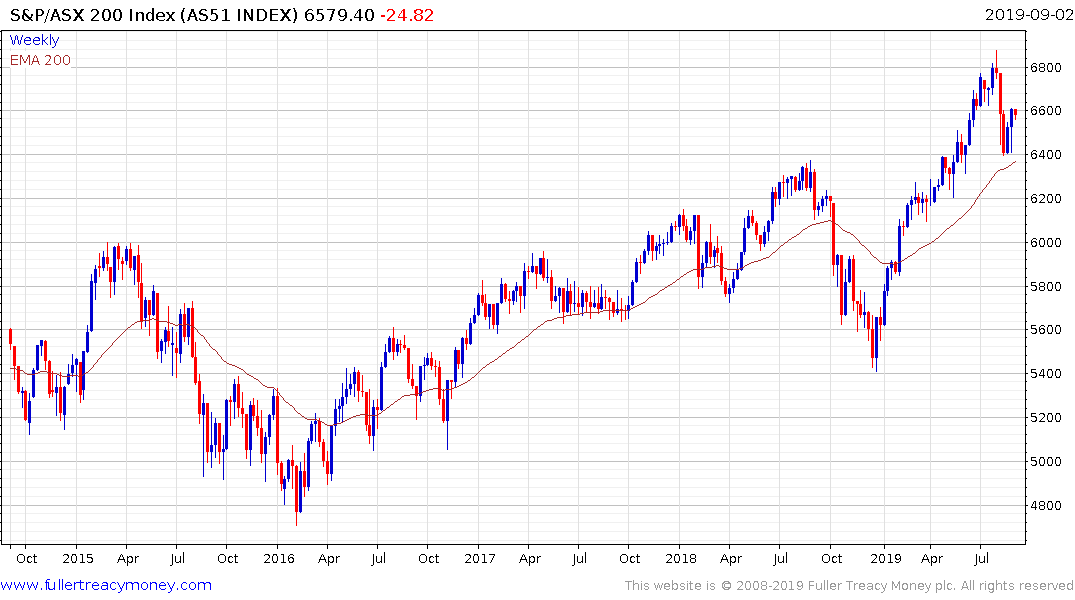 The S&P/ASX Index is steadying from above the trend mean and a sustained move below 6000 would be required to question medium-term scope for continued upside.