An EU attempt to compel Switzerland to agree to the treaty by denying the country’s bourse recognition under EU equivalence rules seems to have had little or no impact, with the benchmark SMI Index closing at a record high on Tuesday. There may be more salvos to come.

The EU could up the ante by refusing to revise an agreement on technical barriers to trade, which would hit several companies, notably in the medical-technology sector. There’s also Switzerland’s participation in EU research programs like Horizon 2020, which would thwart universities and research and development activity.

“They’re in a position where they’re highly dependent on the EU - just look at the map,” said Nicholas Veron a senior fellow at the consultancy Bruegel in Brussels.

Like Brexit
Switzerland’s issues with the EU are not that different from those of Brexit backers in the U.K. Many in Switzerland are upset about high levels of immigration and regard the 28-member bloc as a dysfunctional bureaucracy. Unlike the U.K., however, Switzerland was never part of the bloc, and instead has a special relationship based on 120 agreements, which the EU now wants to consolidate and streamline into one new treaty.

That’s proved to be a contentious undertaking. The EU made concessions on a dispute arbitration panel, but with labor unions up in arms about wages -- fearing they would face downward pressure in high-income Switzerland -- Bern wouldn’t sign on to the so-called framework deal. Certainly not ahead of a general election in October.

How much of the increasing acrimonious relationship between the EU and Switzerland is about the new treaty and how much is about the impending Swiss election and the desire to look strong and independent to a wavering population?

The smart move on the EU’s behalf would be to tread softly, allowing the domestic Swiss narrative to run its course and to hope to get the treaty signed when a new government is in place. The risk however is the EU bureaucracy’s growing confidence in its regulatory straitjacket is leading to a more assertive tone.

What I found particularly interesting is that two days after the stock market equivalency deal ended, the Italian finance minister suddenly decided to drop the fiscal spending plan and is now willing to support the fiscal discipline program. Perhaps Italians are getting the message that the EU is willing to follow through on its threats. Viewed from that perspective, the hard line taken with both Switzerland and the UK are as much about reaching favourable agreements as they are about ensuring no further rebels appear. 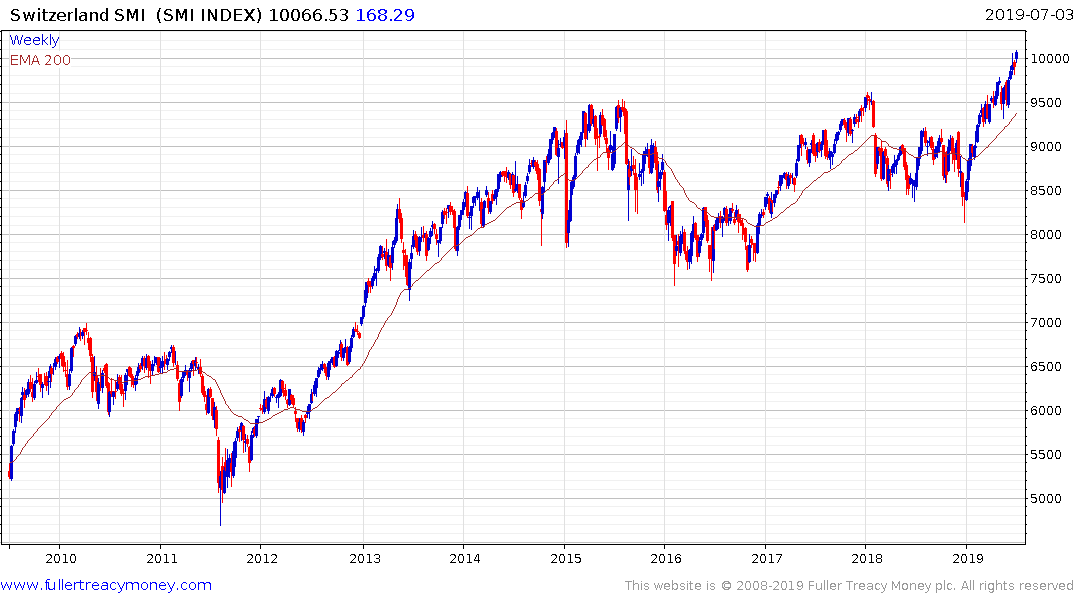 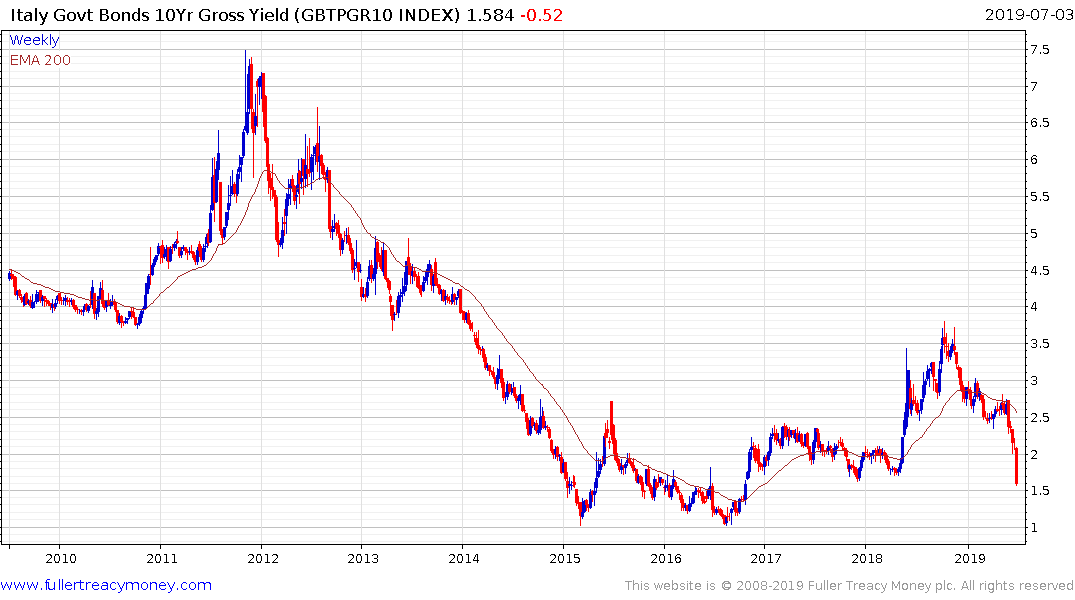 Meanwhile the Swiss Index is at new highs and Italian yields are falling into line with their Eurozone brethren.