One strategy employers are using to soften the increase in health spending in 2015 is adding a low-cost, high-deductible health plan for the newly eligible employees – or for all employees.  Consumer-directed health plans (CDHPs) that are eligible for a health savings account cost, on average, 20% less than traditional health plans. Health reform is clearly accelerating that trend. While about half of large employers offer a CDHP today, nearly three-fourths (73%) say they will have a CDHP in place within three years.  And 20% say it will be the only choice available to employees (today, only 6% of large employers have moved to “full-replacement” CDHPs.)

“The move toward high-deductible consumer-directed plans is spurring other changes as well, such as more voluntary options,” said Ms. Watts. “While some employees are comfortable with a lower level of coverage, offering supplemental insurance alongside a high-deductible plan gives employees access to more protection if they want it.”

The Affordable Care Act is the gift that just keeps giving for insurance companies. The imposition of a 40% excise duty on so called “Cadillac plans” due to come into effect in 2018 is necessitating that employers revise the coverage they offer employees now. Untaxed health, dental and eye care benefits that were an attractive part of the total compensation package for a considerable number of white collar workers are now being rewritten in an attempt to avoid an even greater commitment on behalf of the employer.

The shake-up of the system, the fact that the value of health coverage offered by the employer now has to appear on the W2 (P60 in the UK) and the passing on of costs to the insured potentially means that people expecting a tax refund may not get one while others may get more than they anticipated. The evolution of the high deductible health plan (HDHP) means that upwards of a $1000 in deductibles will be passed onto workers before health coverage kicks in.  A couple of trips to the doctor or a routine test in the space of 12 months will quickly take that money out of one’s account and ensure it won’t get spent elsewhere.

The upshot of these changes is that health insurers have seen premiums grow, the pool of clients increase and coverage deteriorate. This has been the case for the last few years and remains likely to continue as more companies transition their group health plans to HDHPs. The health insurer sector had exhibited a high degree of commonality until last year but more variability in performance is now evident.

I have recreated the health insurers’ section from my Favourites in the Chart Library. 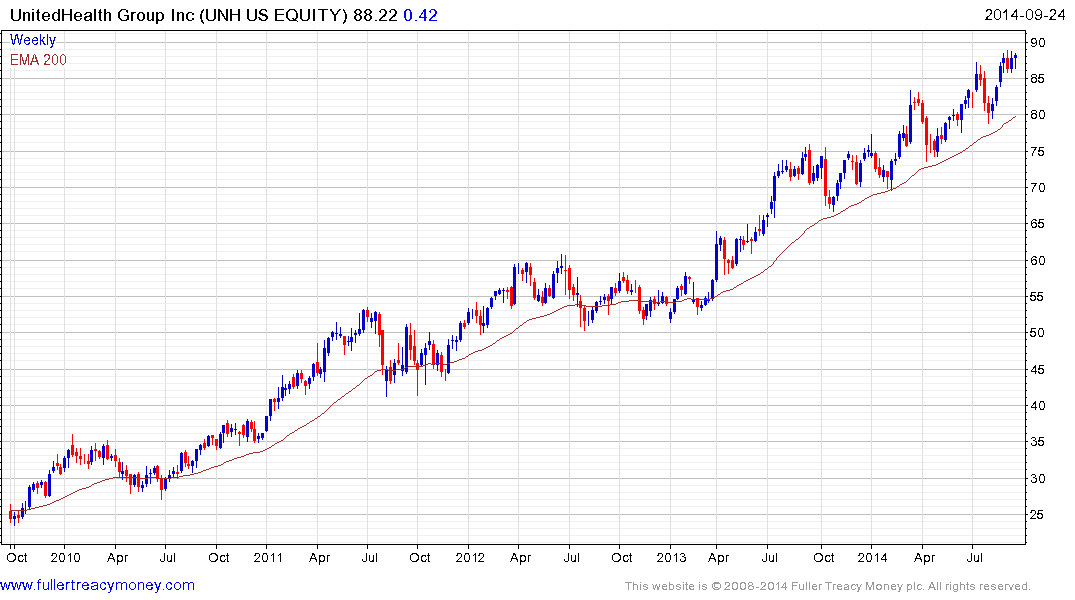 United Health Group remains in a reasonably consistent uptrend and continues to find support in the region of the 200-day MA following pullbacks. 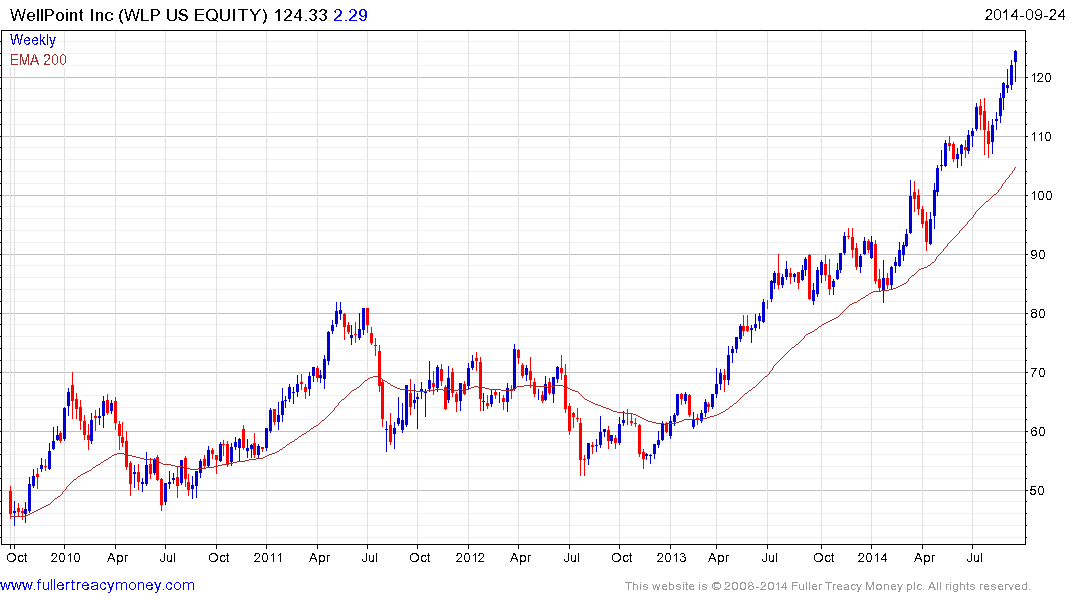 Wellpoint is susceptible to mean reversion following an impressive advance since April. 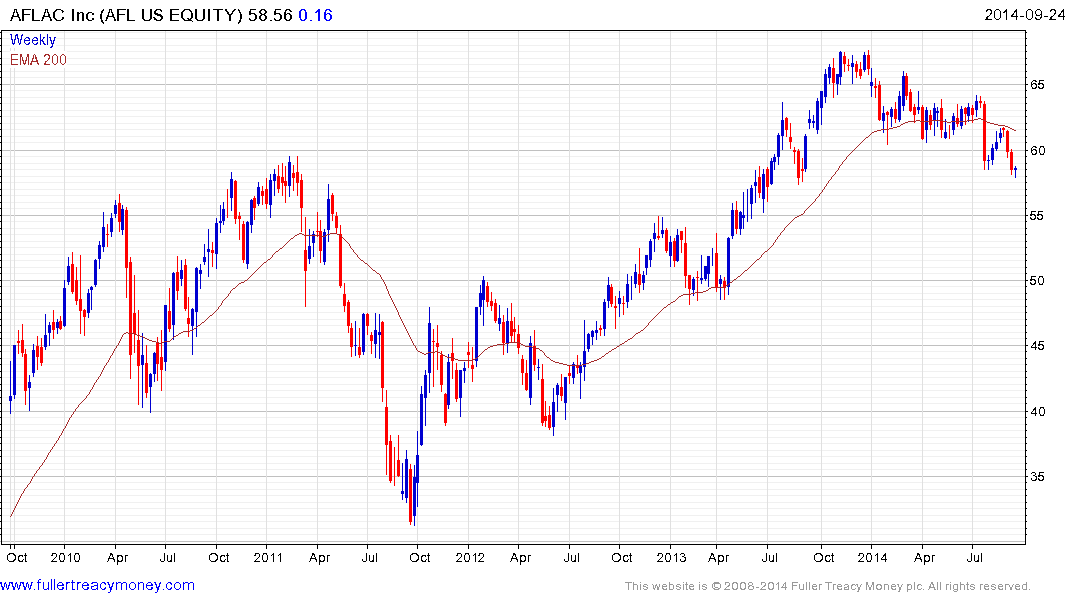 Aflac hit a medium-term peak a year ago and continues to hold a progression of lower rally highs. A sustained move back above the 200-day MA would be the minimum required to signal a return to demand dominance.