Supply Side of the Economy Is Flashing Strength by Eoin Treacy

On Friday the Labor Department will release its monthly job market report. As always, much attention will be focused on hiring and unemployment. Also deserving attention are fresh estimates of the growth of the labor force. In the ﬁrst quarter, it grew 1% from a year earlier, double the rate of growth it registered between 2010 and 2017. An aging population is weighing on growth, but rising wages and more job opportunities appear to be drawing people— particularly women—oﬀ the sidelines and into the workforce, and keeping older workers on the job longer than usual.

Add productivity growth of around 2% with labor force growth of around 1%, and you might have a formula for lasting 3% growth in economic output that doesn’t require a Fed response to slow it.

Productivity growth is the holy grail for economic expansions and technological innovation is a major component in delivering it. Record low unemployment, workers staying on the job later in life coupled with artificial intelligence, cloud computing, the app-based economy and automation are driving this trend of improvement. Productivity growth is a necessary component of a secular bull market and this one will be no different. 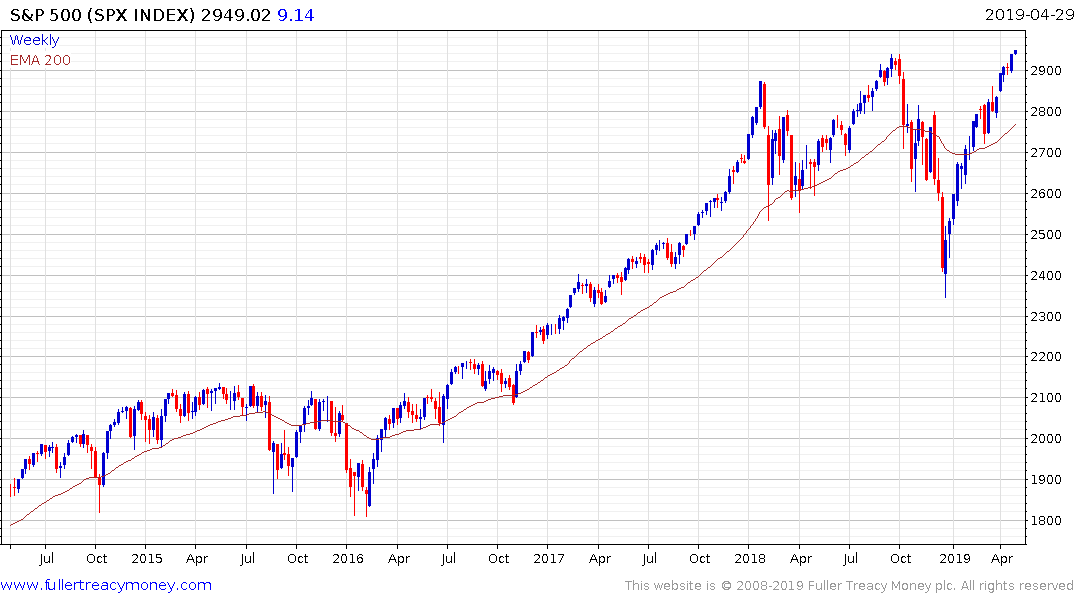 The S&P 500 Index hit a new all-time high today as it marches steadily back towards the psychological 3000 level. A short-term overbought condition has been evident for weeks but a break below 2900 would be required to question current scope for additional upside.

Considering the proximity of a big round number and the overbought condition there is an increasing possibility that any consolidation that takes place could occur above the trend mean which would be the most benign of outcomes. 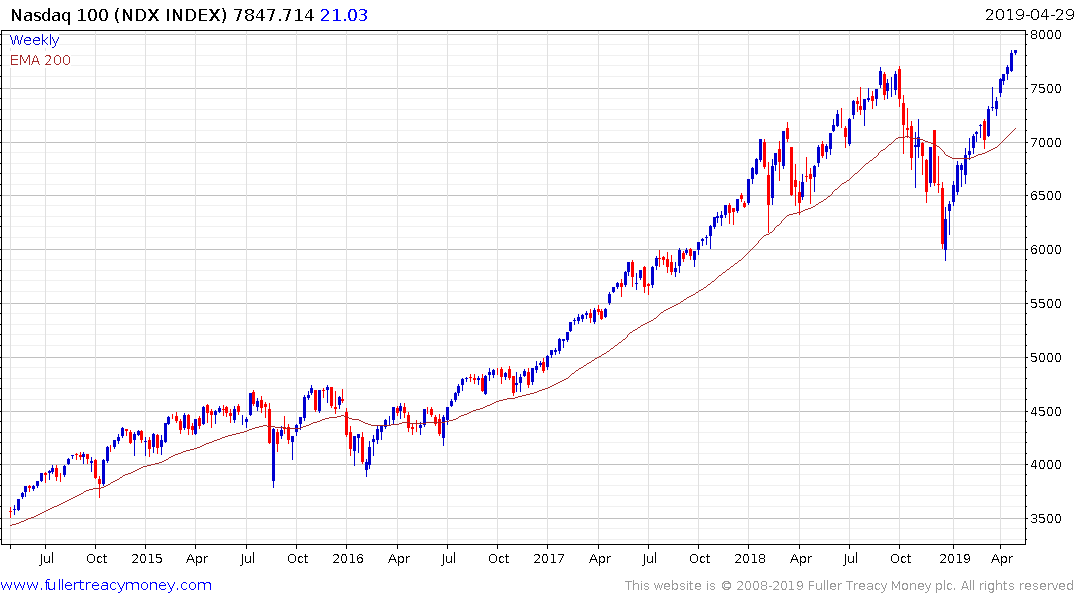 The Nasdaq-100 is even more overextended in the short term but also has room to consolidate and that could even occur above its peak. 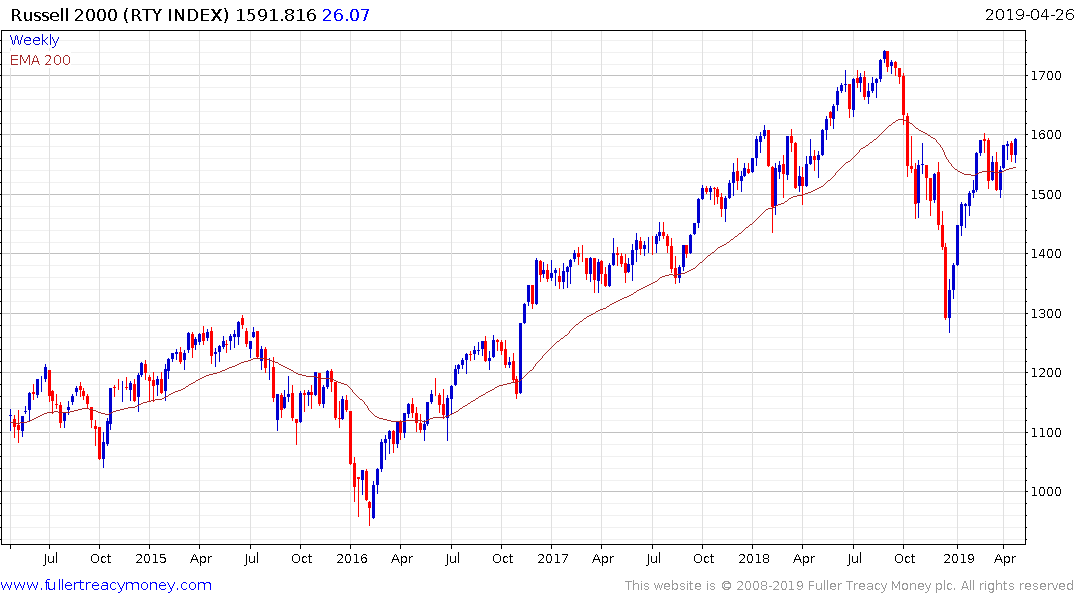 The Russell 2000 has been ranging below 1600 since March and now appears primed to play catch up with larger cap markets.