Spurred by a resilient labor market and income gains, the consumer remains the chief source of firepower for economic growth that’s slowed amid fragile global demand, uncertainty surrounding trade policy and lackluster factory output. The report suggests another solid quarter of household consumption, which grew in the April-June period at the fastest pace since 2014.

“At a time when recession risk dominates most economic discussions, the strength of the U.S. consumer is among the more compelling examples of an economy that is still firing on all cylinders,” Tim Quinlan, senior economist at Wells Fargo Securities LLC, said in a report.

The consumer has been largely shielded from the inflationary pressures of the trade war by the lack of duties on imported apparel and some other manufactured goods. That is now changing with new tariffs on these goods being implemented and the wholly domestic factor of rising health insurance costs pushing inflation higher. 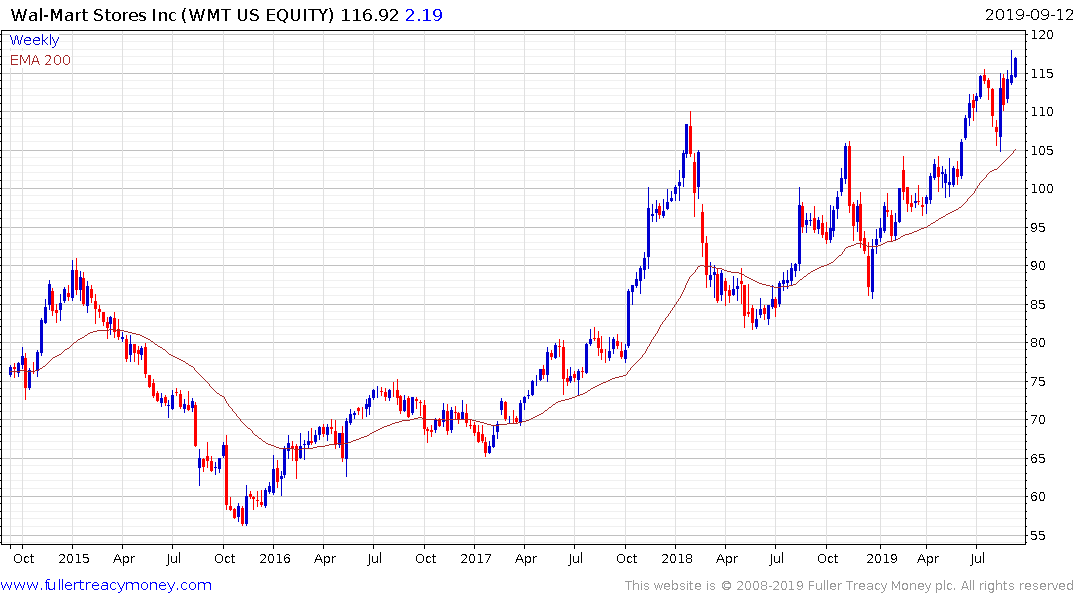 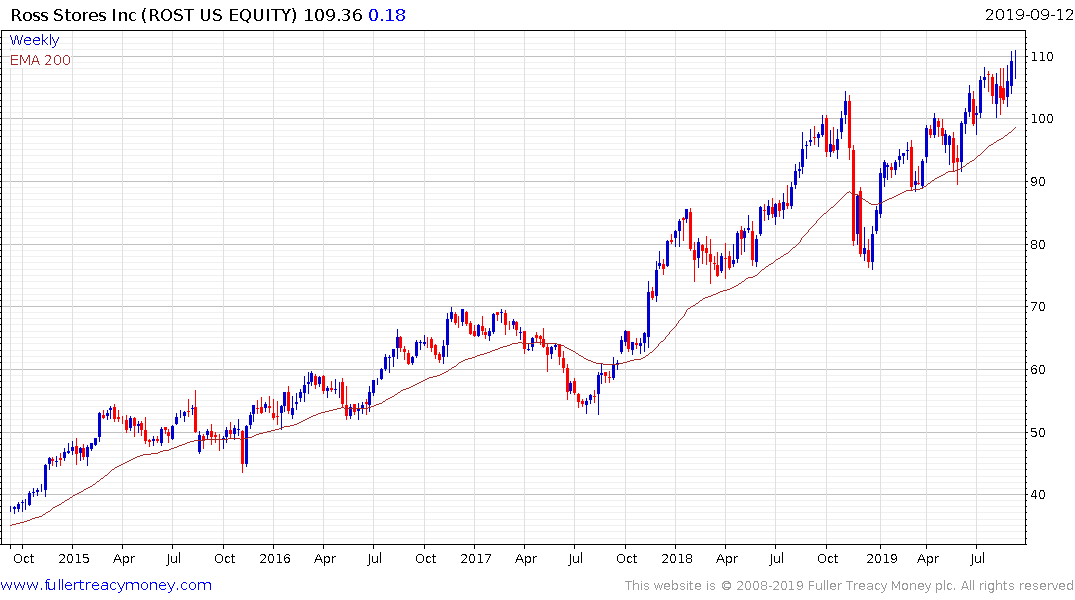 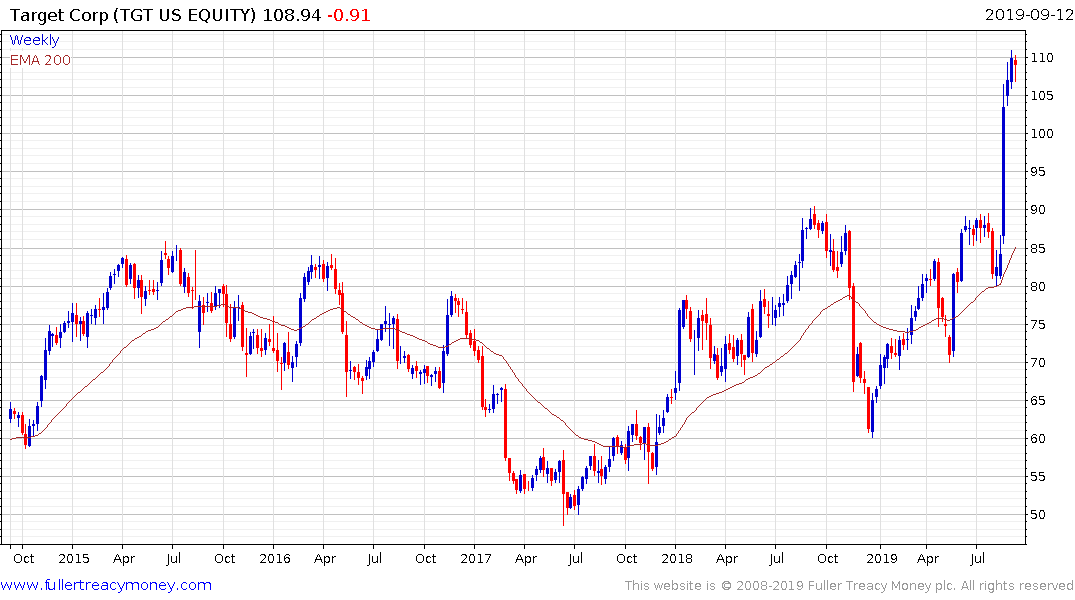 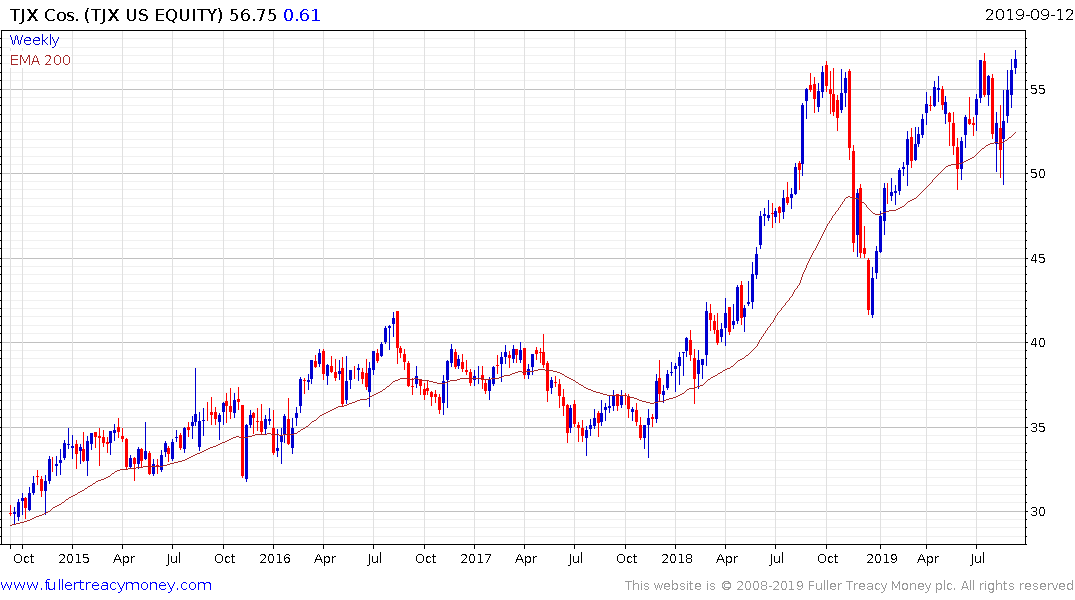 Nevertheless, the trend of clear winners and losers remains evident in the US retail sector. Target, Wal-Mart, Ross Stores and Costco, with a focus on cost, remain strong performers TJX is testing the upper side of its range and appears likely to breakout on a commonalty basis. 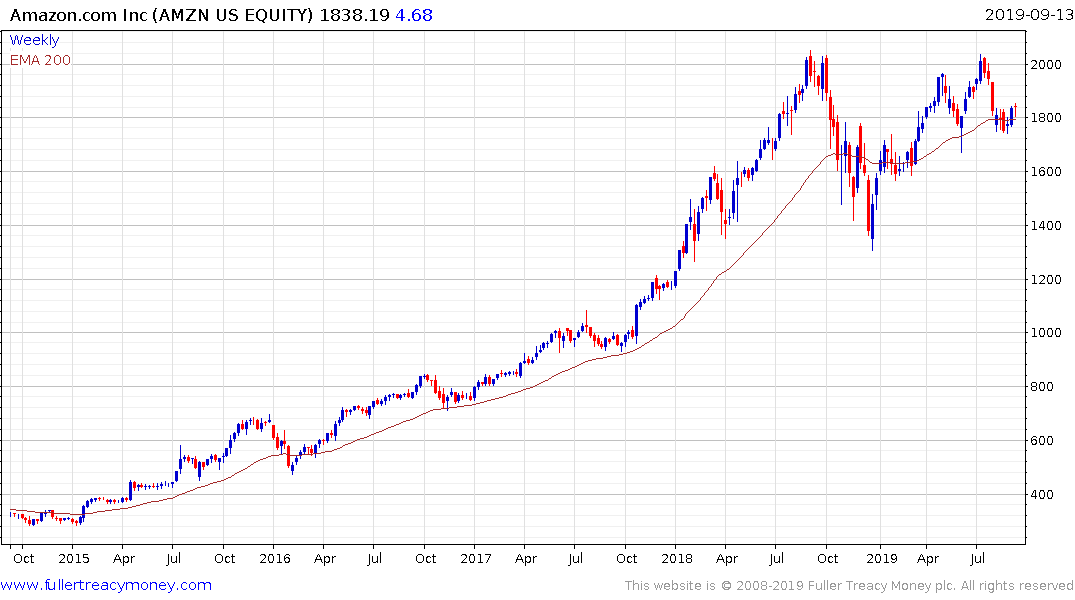 The threat of anti-trust meanwhile appears to be weighing on Amazon as it holds in the region of its trend mean.