“The print shows that the economic cost of the virulent second Covid-19 wave was much lower than the first,” said Gaura Sen Gupta, an economist with IDFC First Bank Ltd. “Details reveal a K-shaped recovery with much stronger growth in industries and muted growth in services,” she said.

A better-than-expected manufacturing performance and a milder hit to services, combined with a robust pace of vaccinations, also helped keep the annual growth outlook for the economy steady at 9.2%, according to a Bloomberg survey. That pace will be the quickest among major economies, surpassing China’s 8.5%.

The rupee completed its biggest monthly gain since May before the data was released, while stock indexes hit a new high amid optimism about the economy’s strong recovery. Bonds were up slightly.

​Latest high-frequency data showed the impact of pandemic restrictions were less severe than last year, enabling demand to recover quickly in the consumption-driven economy. Loans for consumer durables and vehicle purchase, as well as to real estate and small businesses, grew in July, both in terms of month-on-month and from a year earlier, data published by the Reserve Bank of India showed.

India’s large young population and highly developed pharmaceuticals sector have allowed it to come through the pandemic in a stronger position. Simultaneously, the economy should continue to benefit as a primary destination for low-cost manufacturing as companies re-evaluate the wisdom of relying entirely on China’s workshop of the world model. 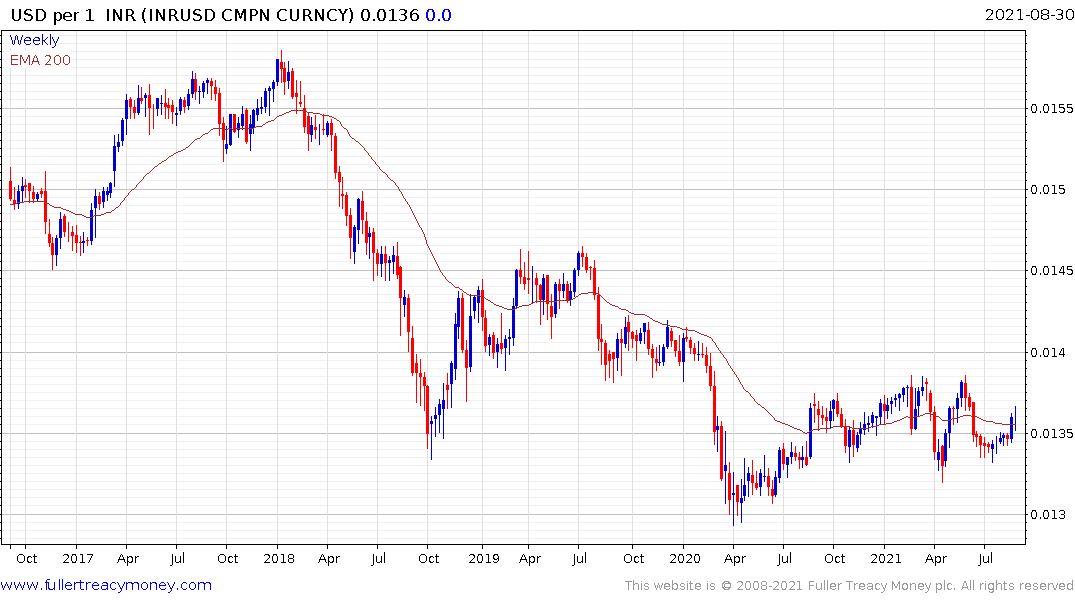 The Rupee hit a meaningful low in late 2018 which was briefly superseded during the March 2020 panic. It continues to build support around the $0.013 level and a sustained move above $0.14 would confirm a return to medium-term demand dominance. 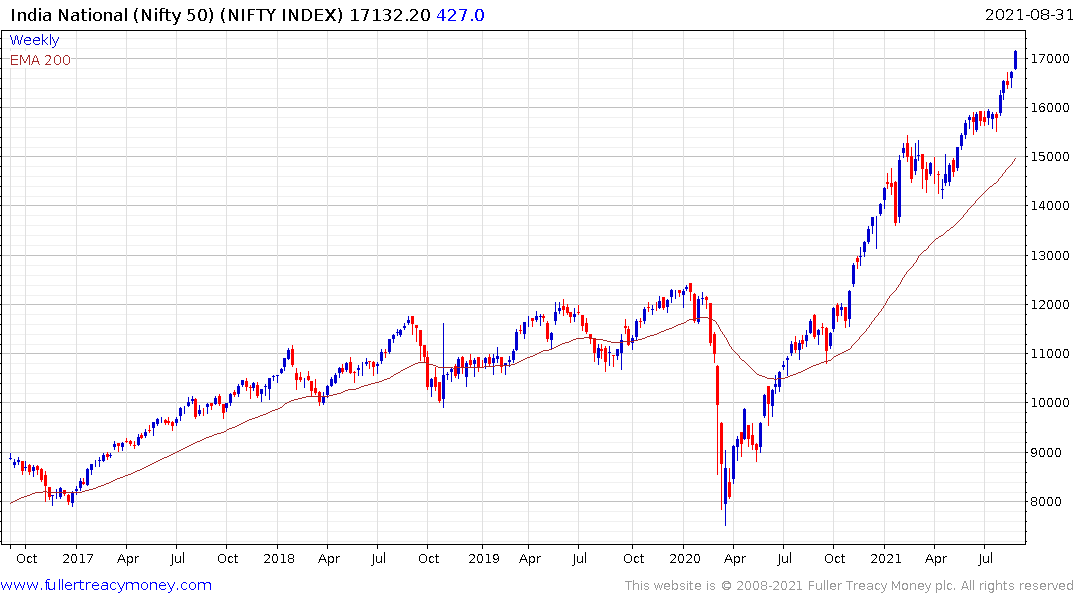 The Nifty Index remains a regional outperformer and the pace of the advance is picking up. The last time the Indian market performed this week was between 2004 and 2007. During that period the Index sustained a wide overextension relative to the trend mean for years at a time. Provided the global monetary environment remains accommodative, the Indian market is likely to continue to be attractive to international investors and not least as a new credit cycle in the banking/property sector gets underway. 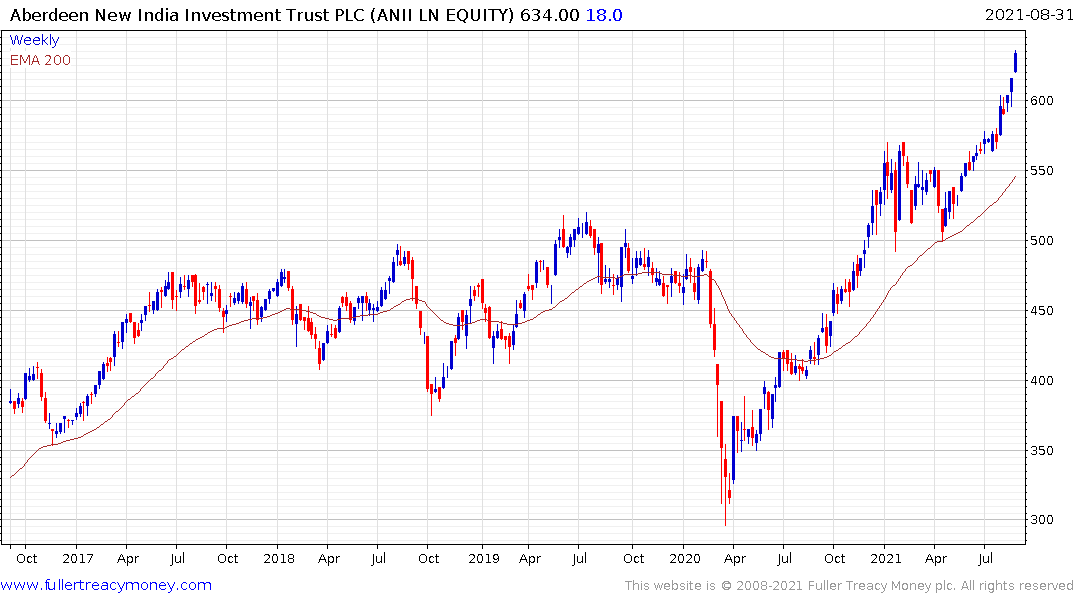 The Aberdeen New India Investment Trust is following the market higher. It is currently trading at a discount to NAV of 10.63% which is a little tighter than average for the fund.