Key Points:
• We are now calling for Fire AND Ice. We have been calling for a mid-cycle correction to happen one of two ways:
• Fire: tightening financial conditions as the Fed signals tapering is coming
• Ice: growth disappointment particularly on the earnings side
• We think it’s increasingly likely these scenarios happen together and we get a >10% correction. The Fed will likely announce its taper plans at its next FOMC meeting just as we expect a disappointment in earnings to materialize.

• Earnings Trouble Ahead. A number of companies have flagged serious supply chain issues in off-cycle earnings reports over the past month. Both forward earnings estimates and price de-rated after many of these reports. We think this will be a pervasive dynamic during 3Q reporting season and expect it to trigger downside in earnings revisions at the index level- a headwind for price. Beyond 3Q, we think the earnings risk comes more from (1) the inability of companies to pass on pricing (2) margin risk related more to higher wages and (3) a reversion (lower) in goods consumption

I don’t mind admitting I have been perplexed by the relative strength of Wall Street against a background of rising bond yields. The 5-year is trading above 1%, the 10-year hit 1.6% today and the 30-year is also running ahead. Meanwhile CPI at 5.2% is back at levels not seen since 2007.

The big weightings in the major indices owe their success to leveraging low borrowing costs into outsized returns and they have been rewarded with rich valuations as a result. That model is threatened by rising yields so it is reasonable to expect underperformance. 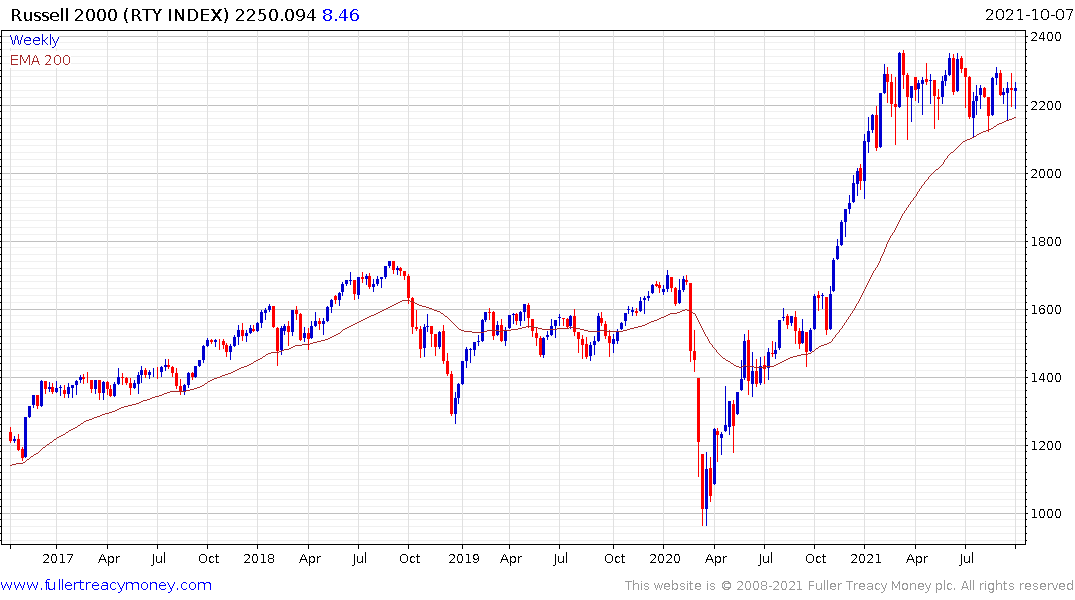 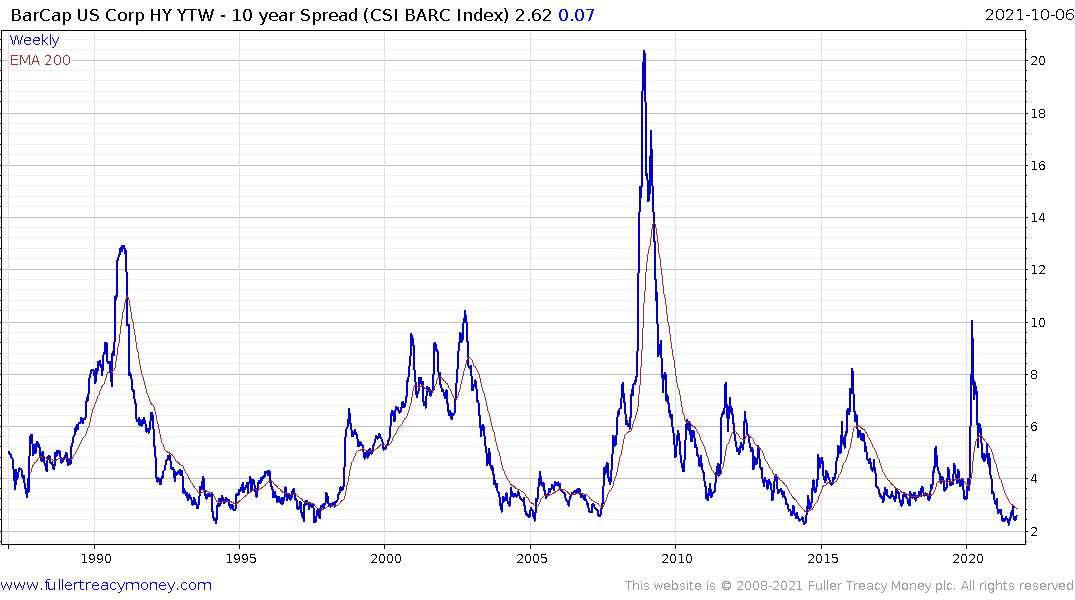 At least the mega-caps have profits with which to cushion any stress they might encounter. Small caps need access to cheap liquidity to fund growth. The Russell 2000 Index has been ranging in a tight manner for the last eight months. At the same time high yield spreads are still at record low levels. That suggests the Index is at particular risk from a repricing of credit as sovereign yields rise.

I posted this chart earlier in the week but I think it is worth repeating. The Nasdaq-100 has experienced two reactions of less than 1800 points in the last 18 months. The most recent dipped into the underlying range briefly but subsequently roared back to a new high. The current reaction is sitting on a maximum drawdown of 1316 points. If it pulls back by 1800, that would put it below the 200-day MA and the upper side of the underlying range. It would also be the largest pullback in more than a year.

At that point, the buy the dip strategy will truly be put to the test because it has prevailed throughout this bull market with the benefit of the expectation of lower rates. The repricing of inflation risk is a potential game changer so it needs to be watched closely. Investors do not seem to have fully appreciated we are now in a stagflationary environment which will prohibit rates from rising initially and will accelerate the trend later. 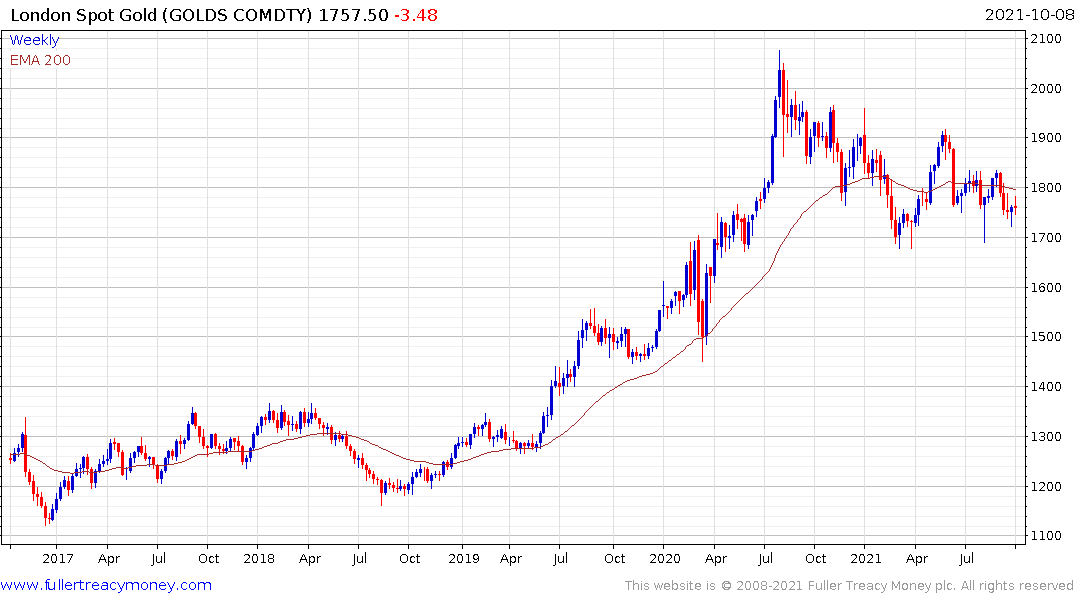 Gold could not hold its rebound today but remains a solid hedge against this evolving trend.