One scenario on how Friday’s event may have boosted share prices was laid out by Charlie McElligott, a cross-asset strategist at Nomura. In a note earlier this week, he attributed buying to traders who sold bullish options on the S&P 500 at strike prices of 2,950.

The muddling effect from quadruple witching may not be over this week, according to McElligott. As the market loses the buying “impulse” from options traders, stocks may fall next week, prompting a narrative that investors are starting to doubt the Fed and setting the stage for the S&P 500 to rally to 3,000, he said.

“The market then risks ‘mis-reads’ this potential flow-centric weakness in equities next week as some sort of ‘fading the Fed’—when in fact it’s almost entirely mechanical in nature,” McElligott wrote. “This type of head-fake could in fact see more shorts added and sentiment purge, which then perversely is the fodder for a melt-up.”

Quadruple witching is usually a storm in a teacup and seldom corresponds with major tops or bottoms. The one thing we do know is when a market makes a new high after a period of ranging, the headline level puts shorts on notice.

There is always a question of whether to buy at the top of the range in anticipation of a breakout or to short in anticipation of a failure. With the S&P500 at an incremental new high yesterday, shorts will be questioning the wisdom of their actions but bulls will be disappointed the move has not gone further. 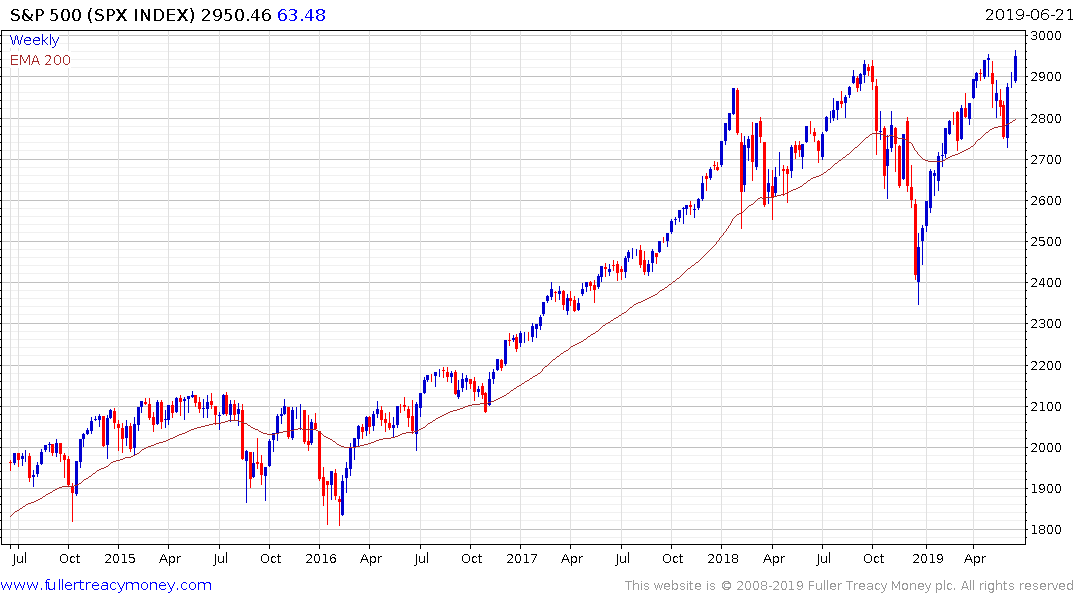 More than any other factor, the large upside weekly key reversal three weeks ago and subsequent follow through boost the potential for a successful upward break and resumption of the medium-term uptrend. A sustained move below the 2750 level would now be required to question that view. 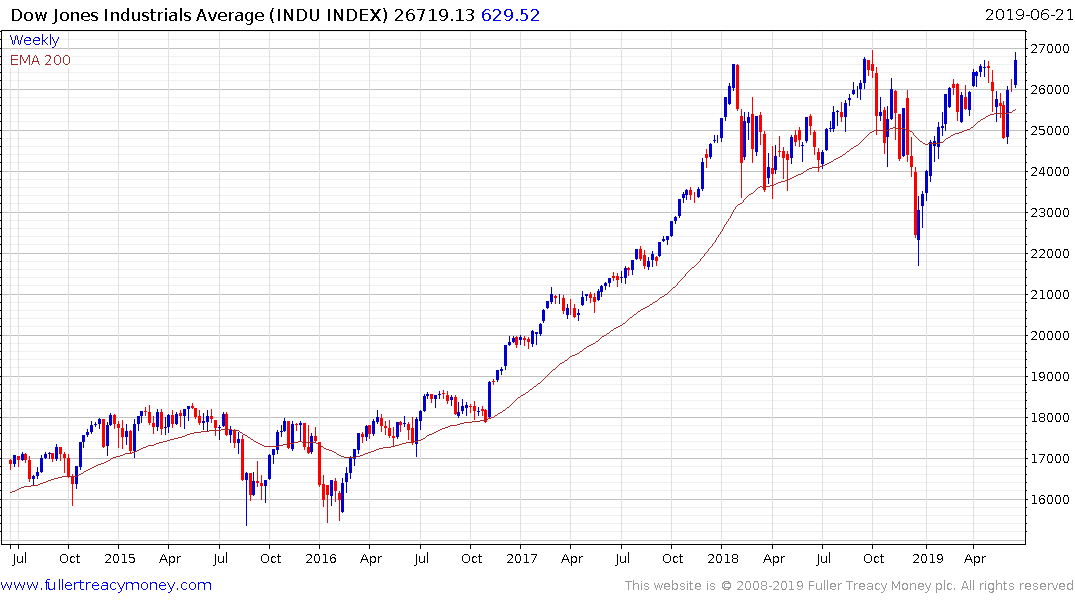 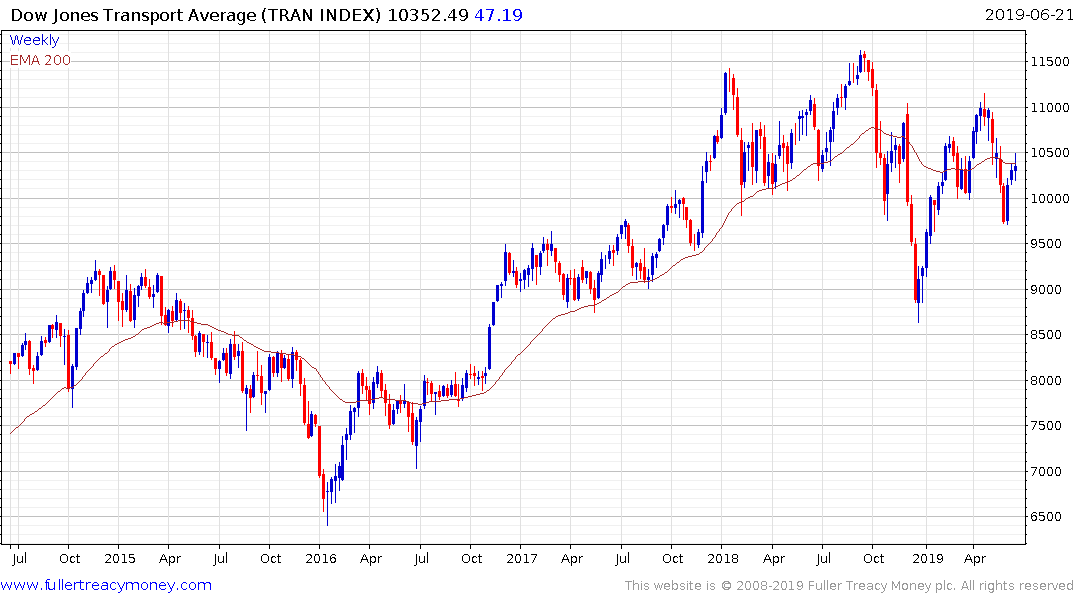 The Dow Jones Industrials is on the cusp of posting a new all-time high but the Transportation Average is a long way from confirming on the upside and is now testing the region of the trend mean. 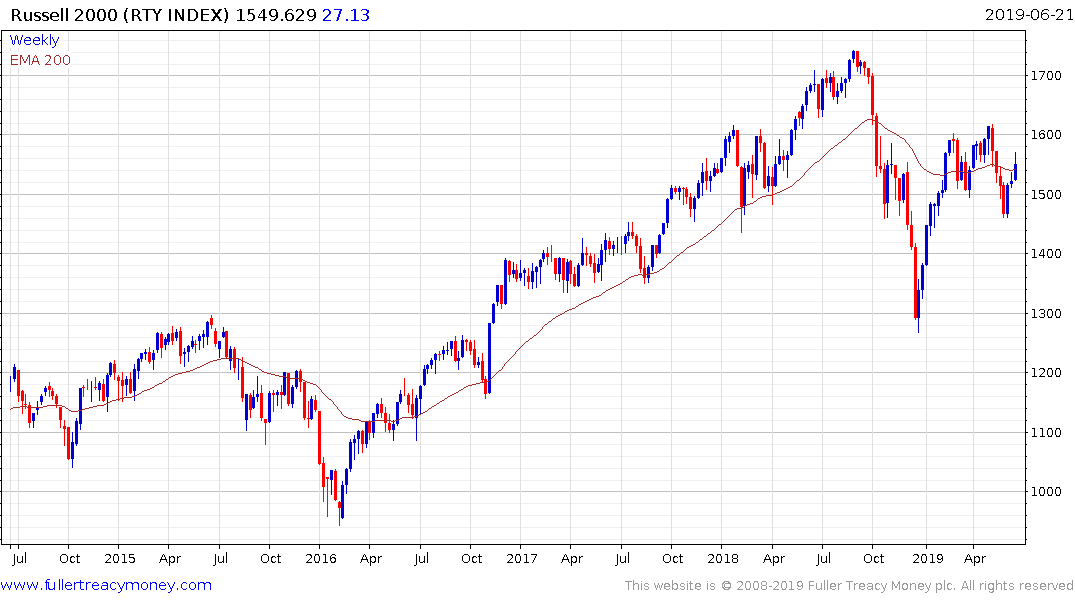 The Russell 2000 Index is back testing the region of the trend mean and will need to hold the low near 1450 if support building is to be given the benefit of the doubt.

The Philadelphia Semiconductors Index is holding in the region of the 2018 highs near 1400. This area also now coincides with the region of the trend mean and will need to hold if the recovery hypothesis is to remain credible. 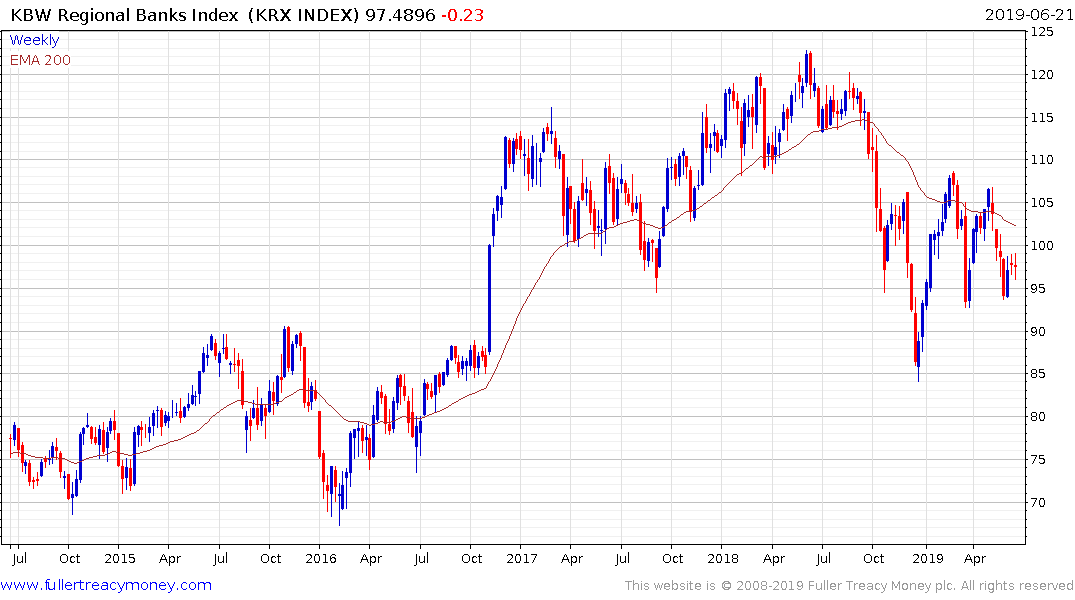 The KBW Regional Banks Index continues to range below the trend mean and has so far lagged on the rebound. Banks are lead indicators and this is an important Index to monitor for the strength of the domestic economy.

The above charts plot an acute divergence between the performance of large cap stocks and just about everything else. An interest rate cut is probably required to steady the latter but is likely to contribute to bubble valuations in the former.