Stocks Tumble on Growing Trade-Tension Pessimism
Comment of the Day

The S&P 500 sank to session lows after the Financial Times reported that the U.S. turned down an offer of preparatory discussions. Chipmakers plunged more than 3 percent, with every member of the Philadelphia Semiconductor Index in the red.

Caterpillar and DowDuPont led declines in the Dow Jones Industrial Average of more than 400 points. “Investors obviously are still a little bit edgy and therefore we would expect periods of volatility to continue,” said Mark Hackett, chief of investment research at Nationwide Funds Group, which manages $60 billion. “As the headlines continue to get more nerve wracking with regards to a global slowdown and trade wars and government shutdowns, it’s easy to spook investors, but we think those are temporary versus permanent.” 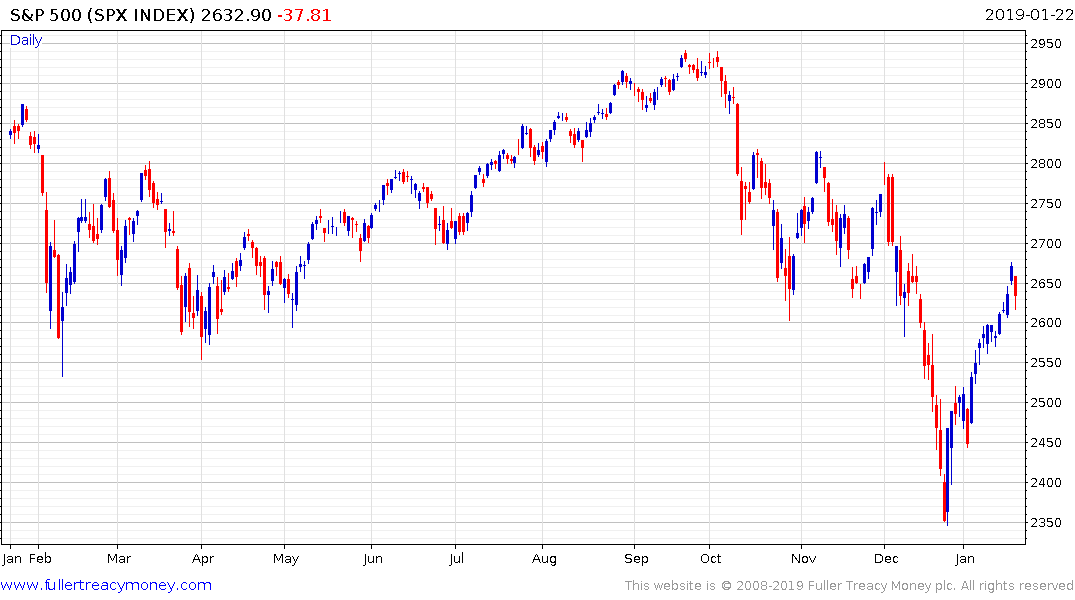 Today’s decline on the S&P500 was smaller than the one-day decline posted on January 3rd. Downside follow through tomorrow will confirm a peak of near-term significance in the region of the trend mean.

If demand is in fact returning to dominance then the major indices will find support above their post- Christmas lows and will subsequently rally back above their respective trend means. 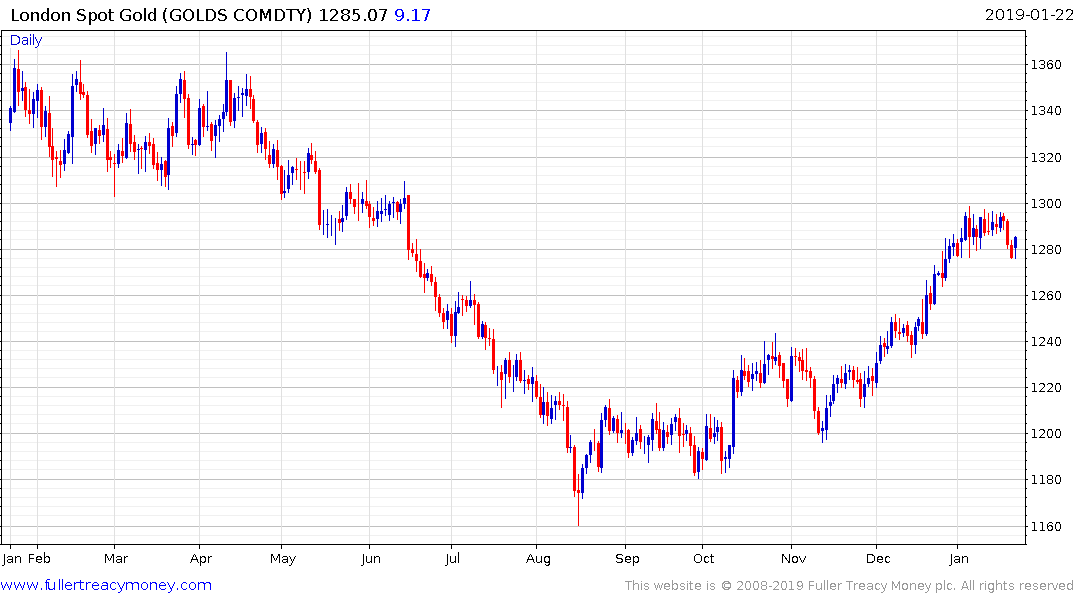 Meanwhile gold prices stabilised today and continues to remain on a recovery trajectory. 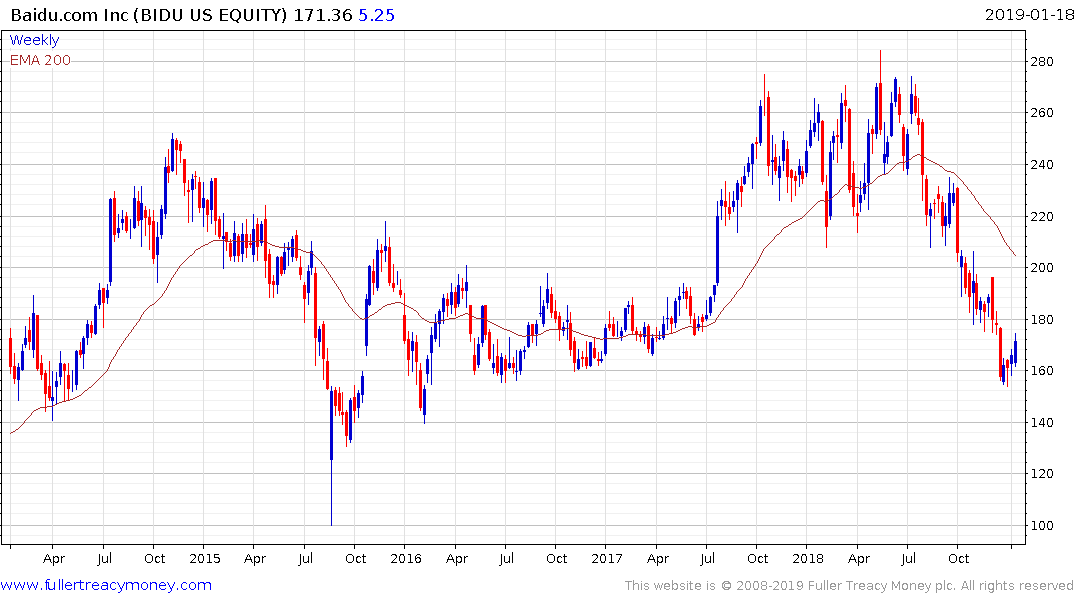 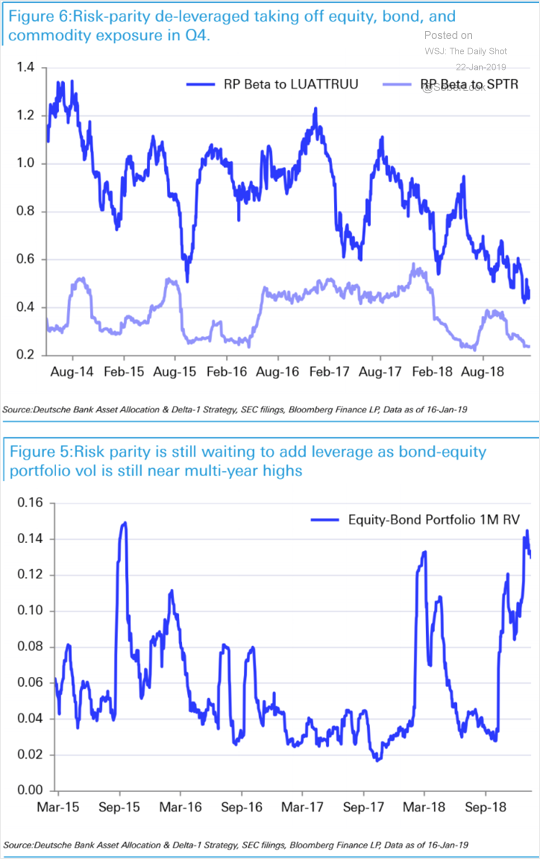 This chart highlights the fact risk parity strategies have reduced the size of their positions as a result of higher volatility. A point I have often made is there are lots of different algorithmic strategies but they all size their positions the same way. When volatility is high, they have no choice but to reduce their positions. That removes a significant source of demand from the market.