“This one comes in pretty close to neutral in terms of the slowdown. It’s not encouraging, it doesn’t look like a re-acceleration in growth, but it also probably puts at bay some of the fears that have come in around the ISM manufacturing and ISM services numbers,” said Luke Tilley, chief economist at money manager Wilmington Trust Corp. in Delaware. “This should make people and investors comfortable that we still have enough job growth to keep consumer spending on the positive side.”

Today’s job numbers followed a string of disappointing economic data this week that had fueled concerns a slowdown in manufacturing could spread to the consumer, and in turn ratcheted up bets that the Fed will reduce rates this month. The burst of rate-cut optimism helped snap a two-day losing streak that reached 3% in the S&P 500 Index Thursday.

The Nasdaq-100 posted a small upside key reversal yesterday from the region of the trend mean and followed through on the upside today. The primary Wall Street indices have been ranging between their trend means and their all-time peaks for much of the last four months and despite a great deal of negativity the potential for a breakout to new highs remains the base case. 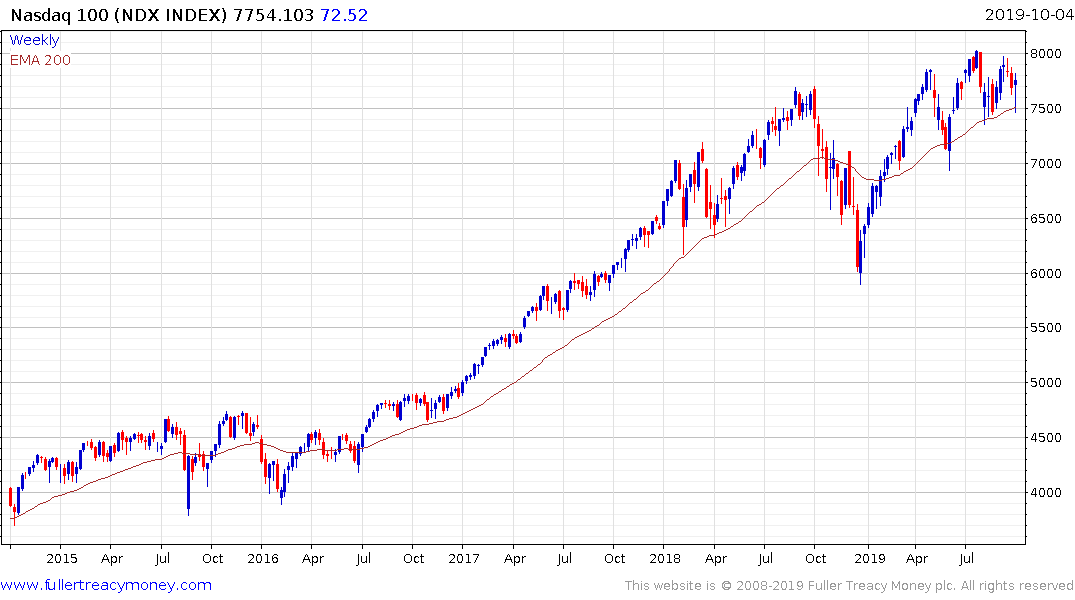 The Dollar Index has been ranging higher in a choppy manner for about 18 months and the upside can be given the benefit of the doubt provided it holds the sequence of higher reaction lows. 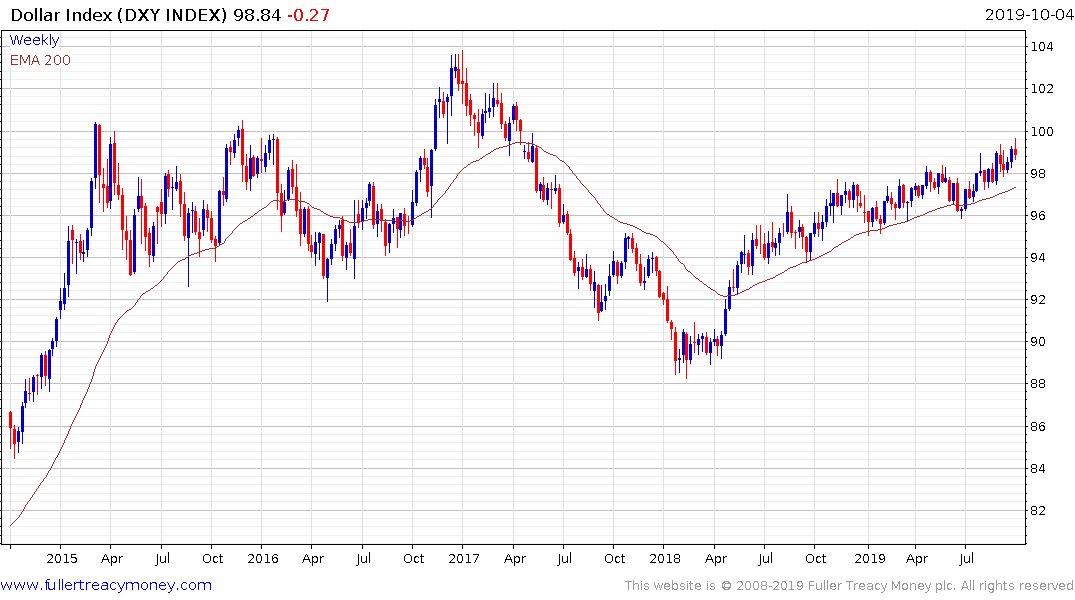