I originally used Occam’s Razor, and decided the likelier explanation lay in utter failure to understand the workings of currency markets and international trade. But it is just possible that Trump is being crazy like a fox.

Either way, stock markets disliked the new tariffs, which spoiled the good cheer that had been spread by surprisingly good Chinese manufacturing data announced over the weekend. The dollar fell, and bond yields rose. Global stocks had one of their worst days in a while, dashing the chance for the MSCI All-World index to set its first record since the January 2018 high. The index reached within 0.12% of the landmark before slipping:

On top of the Chinese news, there was also relatively encouraging news from the eurozone. Germany is particularly reliant on the auto sector, and on exports, and this has made it the most obvious victim of the trade war to date. But the latest Markit purchasing manager indexes for eurozone manufacturing show a pattern of clear recovery from a very low base. (As is usual, the indexes are set so that 50 should be the border between expansion and contraction):

All of this was enough to help European stock markets open a tad higher, and should have been enough to bring world stocks to their record. Then came the presidential tariff-by-tweet, followed by some deeply disappointing U.S. manufacturing data. Thanks to the U.S. consumer, the American economy remains in good health, but the manufacturing sector looks more and more as though it is in recession. There are some idiosyncratic factors to explain this (the troubled aircraft-maker Boeing Co. being the greatest one), but the PMI is now at 48.1, and has been below 50 for four months in a row. So far, this manufacturing downturn is comparable to the one at the beginning of 2016, which also lasted four months and bottomed at 48. That one ended with Chinese stimulus and a recovery, without a recession.

I don’t think there is any mystery to the way in which Donald Trump conducts policy. All one has to do is listen to what he is saying. He wants a level playing field for US exporters and he wants a weaker Dollar. He has said repeatedly he is not going to sign a trade deal that is not a net positive for the USA. It’s time we take him at his word. The problem is what he wants is quite disruptive to the status quo. 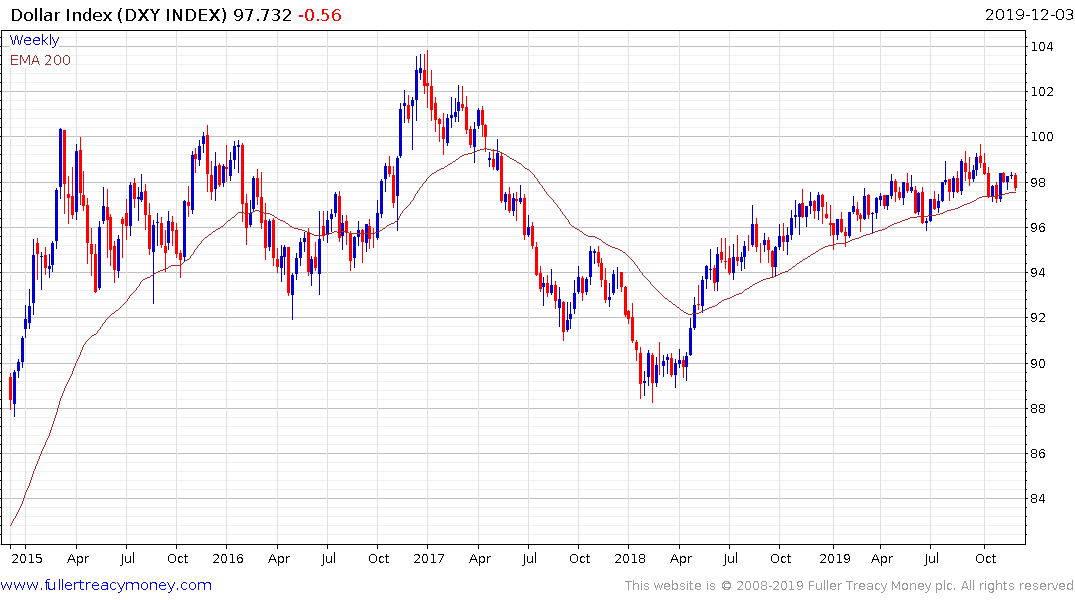 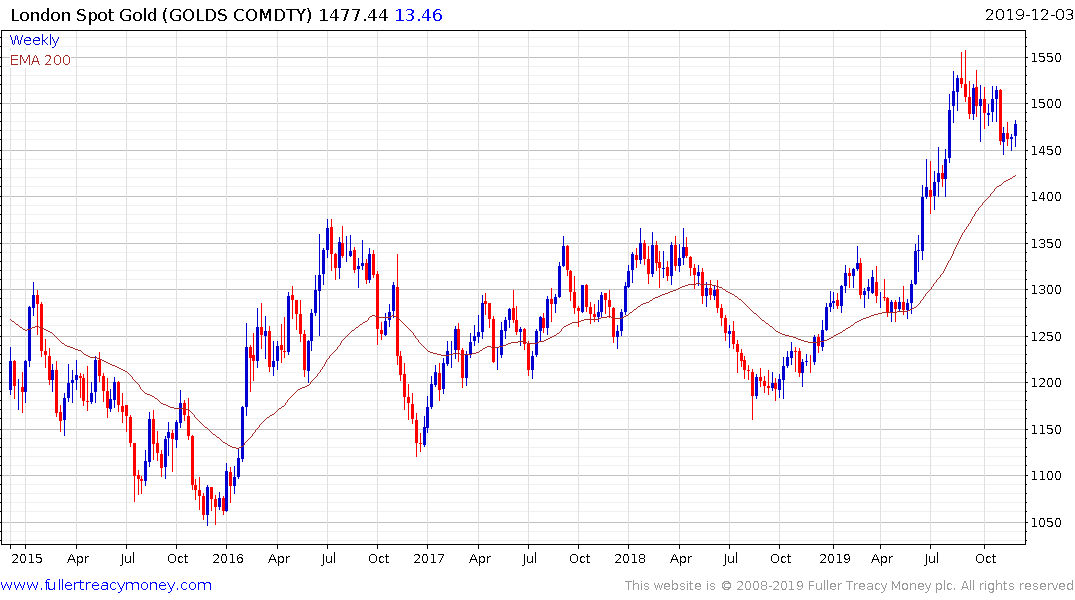 The US Dollar in particular has been trending higher for nearly two years. The clearest support for manufacturing competitiveness is a weaker currency. Meanwhile the continued expansion of the Fed’s balance sheet, three interest rate cuts and massive deficits are at least partly aimed at containing the Dollar’s advance. 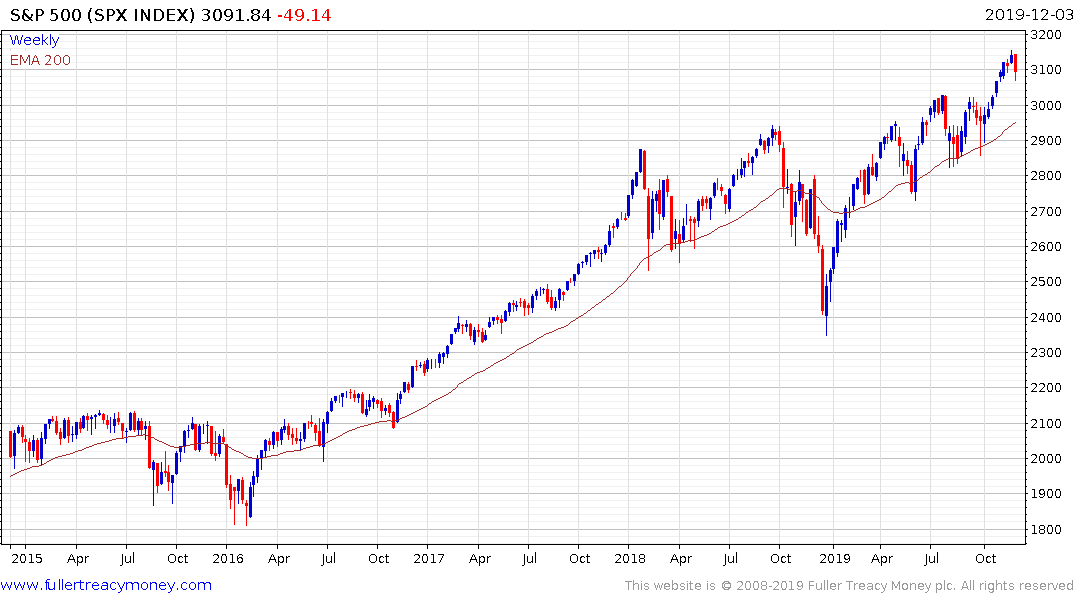 The S&P500 is now unwinding its overbought condition relative to the trend mean.