The last few years have been difficult for the majority of steel companies as uncertainty about the outlook for global growth prompted firms to write down investments in ambitious expansion projects. However as the prospect of China finally beginning to address its oversupply and the threat of additional sanctions against Russia increase, a number of shares are exhibiting interesting chart patterns.

Additionally the recent return to form of at least some steel companies is in line with our contention that basic resources oriented cyclical sectors often move to positions of outperformance in the latter stages of cyclical bull markets. 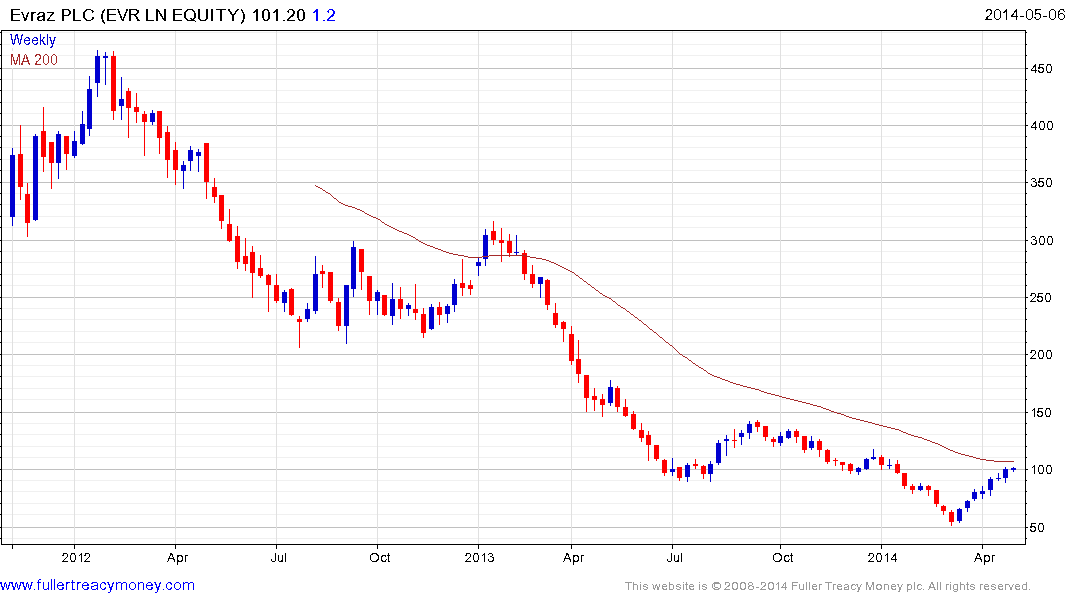 Evraz is listed in the UK and mines iron-ore in both Russia and Ukraine, coal in Siberia and produces steel in a number of countries. The share dropped from 450p in early 2012 to 50p in March and has since rallied back to test the region of the 200-day MA. This suggests that the existential threat which had been priced in during the decline is quite separate from the current stress between Russia and Ukraine. Following eight consecutive weeks to the upside, the question now is whether it can sustain a move above the trend mean.

Rather than expose oneself to the possibility of additional sanctions against major Russian economic interests, international steel companies without exposure to Eastern European production should benefit from any loss of Russian of Ukrainian supply. 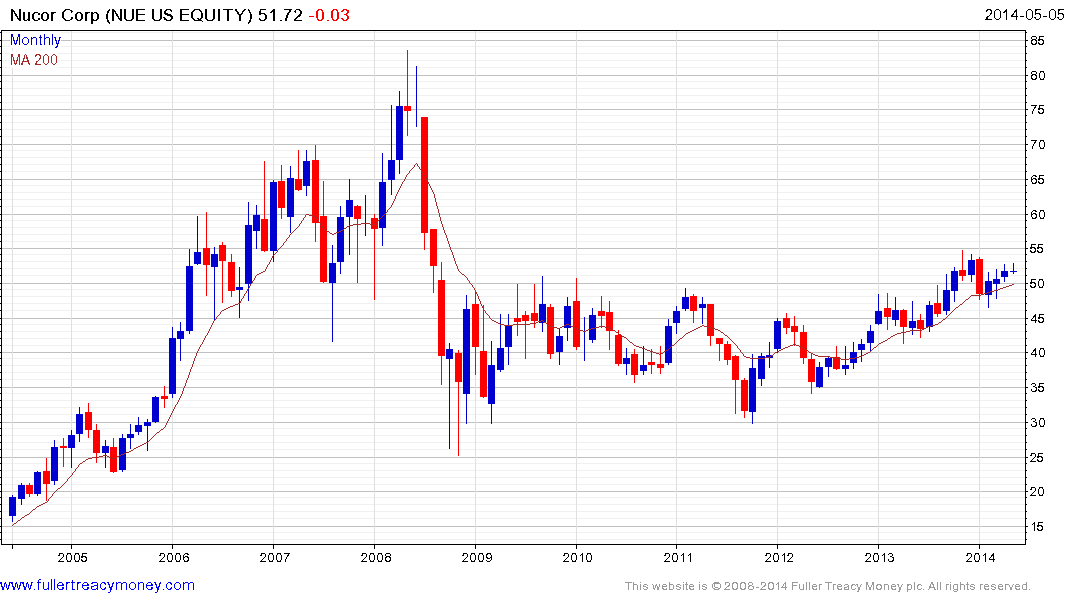 US steel producers have some of the better supported chart patterns. Nucor (Est P/E 22.54, DY 2.86%) broke out of a five-year base late last year and continues to range in the region of $50. A sustained move below that area would be required to question medium-term scope for additional upside. 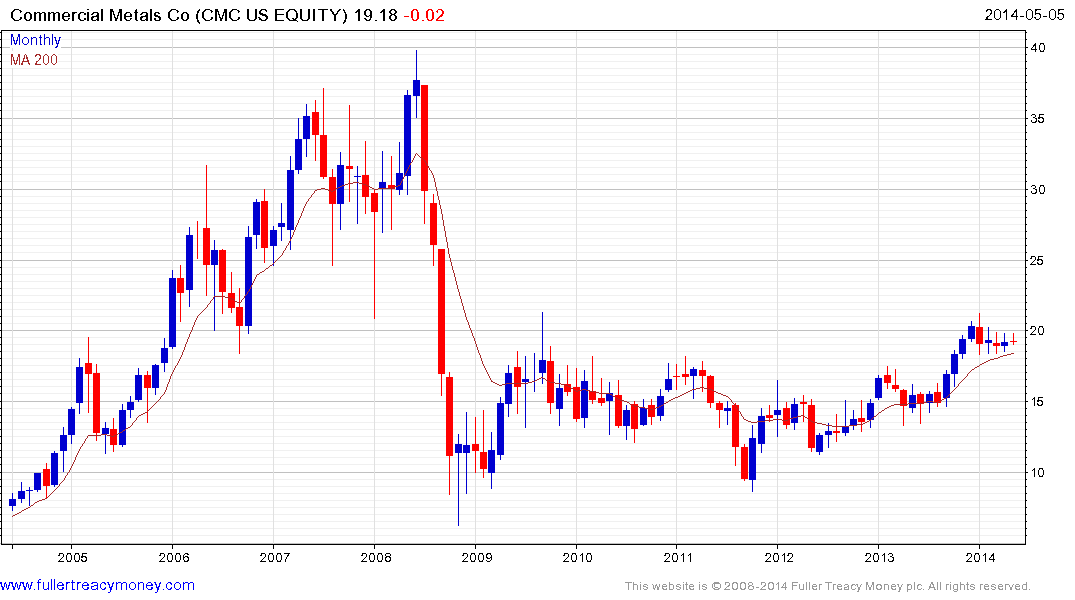 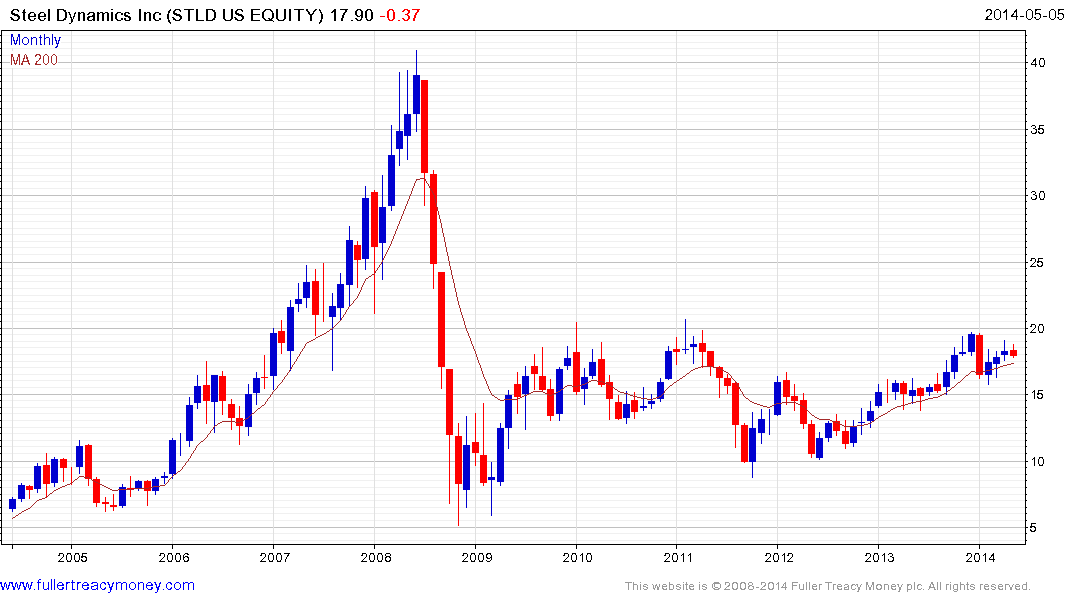 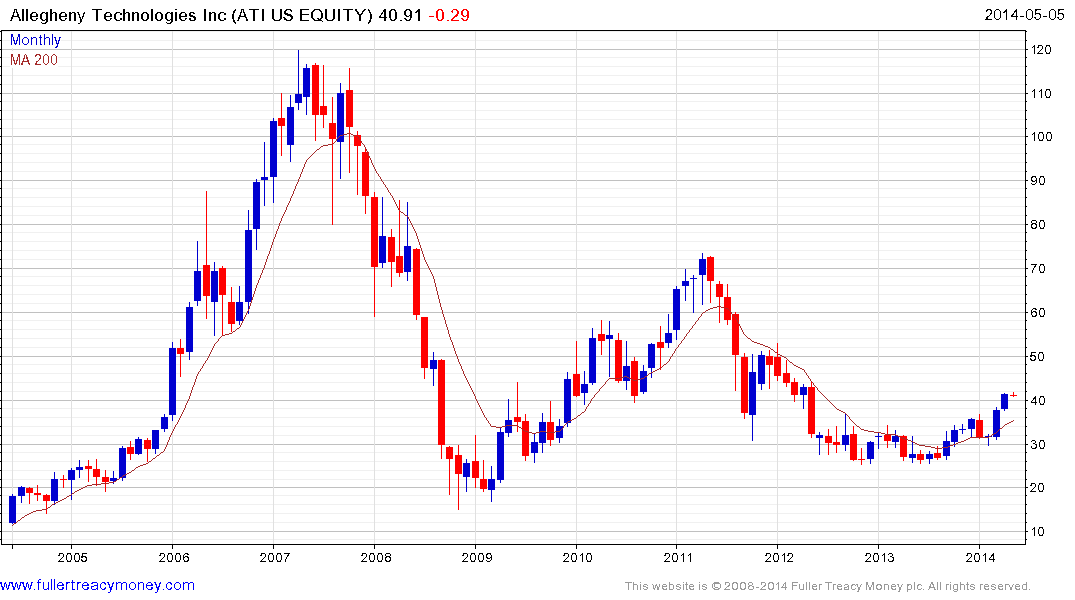 Carpenter Technologies (Est P/E 24.68, DY 1.13%) has been consolidating above a two-year range since November and a sustained move below $60 would be required to question medium-term scope for additional upside. 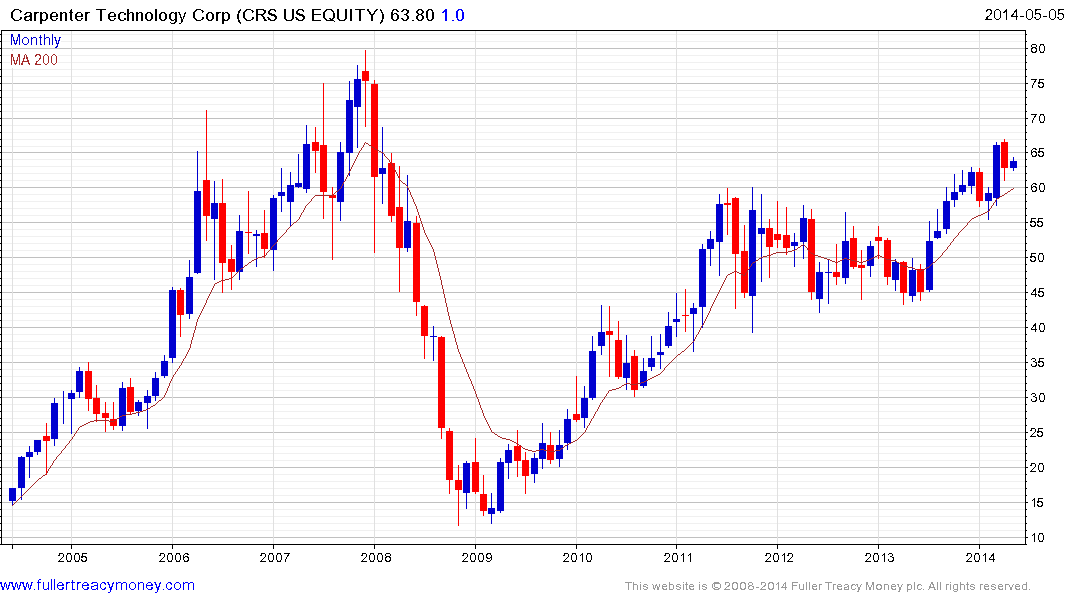