It was hard to believe that people had sent $69 billion in real U.S. dollars to a company that seemed to be practically quilted out of red flags. But every day, on cryptocurrency exchanges, traders buy and sell Tether coins as if they’re just as good as dollars. Some days, more than $100 billion in Tether changes hands. It seemed the people with the most at stake in the crypto markets trusted Tether, and I wanted to know why. Luckily, in June, 12,000 of them were gathering in Miami for what was billed as the biggest crypto conference ever.

At the Mana Wynwood Convention Center, I found the usual cringey crypto signifiers. Models walked the floor body-painted with Bitcoin’s logo. A podcast host screamed, “F--- Elon.” A dumpster full of Venezuelan bolivars was labeled “cash is trash.” The place was full of people who held Tether. Sam Bankman-Fried, a 29-year-old billionaire who was in town to rename Miami’s basketball arena after his cryptocurrency exchange, FTX, told me he’d bought billions of Tethers, using them to facilitate trading other coins. “If you’re a crypto company, banks are nervous to work with you,” he said.

His explanation doesn’t make much sense if you still think of Bitcoin as a peer-to-peer currency, an ingenious way to transfer value without an intermediary. But most people aren’t using cryptocurrencies to buy stuff. They’re trading them on exchanges and betting on their value, hoping to make a real money score by picking the next Dogecoin, which spiked 4,191% this year after Elon Musk started tweeting about it, or Solana, up 9,801% in 2021 for seemingly no reason at all.

Think of crypto exchanges as giant casinos. Many of them, especially outside the U.S., can’t handle dollars because banks won’t open accounts for them, wary of inadvertently facilitating money laundering. So instead, when customers want to place a bet, they need to buy some Tethers first. It’s as if all the poker rooms in Monte Carlo and the mahjong parlors in Macau sent gamblers to one central cashier to buy chips.

The biggest traders on these exchanges told me they routinely bought and sold hundreds of millions of Tethers and viewed it as an industry standard. Even so, many had their own conspiracy theories about the currency. It’s controlled by the Chinese mafia; the CIA uses it to move money; the government has allowed it to get huge so it can track the criminals who use it. It wasn’t that they trusted Tether, I realized. It was that they needed Tether to trade and were making too much money using it to dig too deeply. “It could be way shakier, and I wouldn’t care,” said Dan Matuszewski, co-founder of CMS Holdings LLC, a cryptocurrency investment firm.

The story of tether, what it has invested its reserves in, and how integral it is to the entire crypto universe is intriguing as well as being filled with intrigue. It also helps to highlight just what the term unregulated assets means, when one is accustomed to the norms of dealing in the financial markets.

Last month there were rumours Tether had invested in China Evergrande’s commercial paper. That could well have been behind the significant downdrafts in the bitcoin price in September.

What I found particularly interesting today was this article from Coindesk covering the $1.6 billion purchase of bitcoin on-exchange which helped to spur the rally over the last few of days. Here is a section:

The “Coinbase premium” is an indicator showing the gap between Coinbase’s BTC/U.S. dollar (USD) pair and Binance’s BTC/USDT pair involving the tether stablecoin. When the number increases, it usually reflects stronger buying power on Coinbase, the centralized exchange.

But Willy Woo, an independent blockchain data analyst, disagreed with this narrative. He told CoinDesk that the purchase mostly came from Binance, citing data from another blockchain data firm Glassnode.

One of the only reasons to place such a large purchase on exchange is to make a statement. However, I also wonder whether the use of Binance/USDT to make that purchase may also have been aimed at helping to support Tether? Ponzi schemes generally only come undone when the money stops flowing. 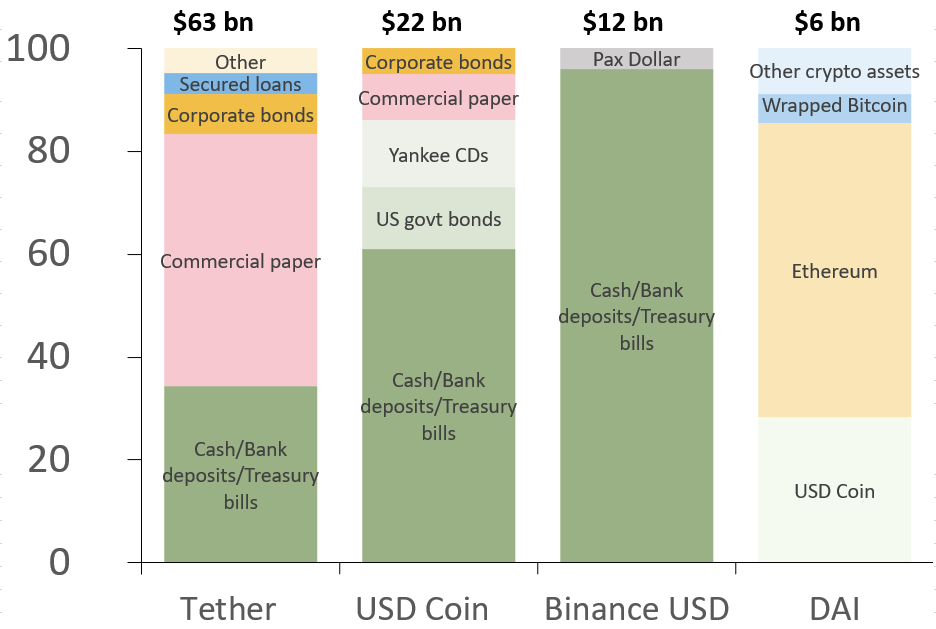 This article from the IMF contains an interesting graphic of how the various stablecoins hold their reserves. It confirms Tether mostly holds commercial paper. That could be totally benign or extraordinarily risky depending on what they are invested in. 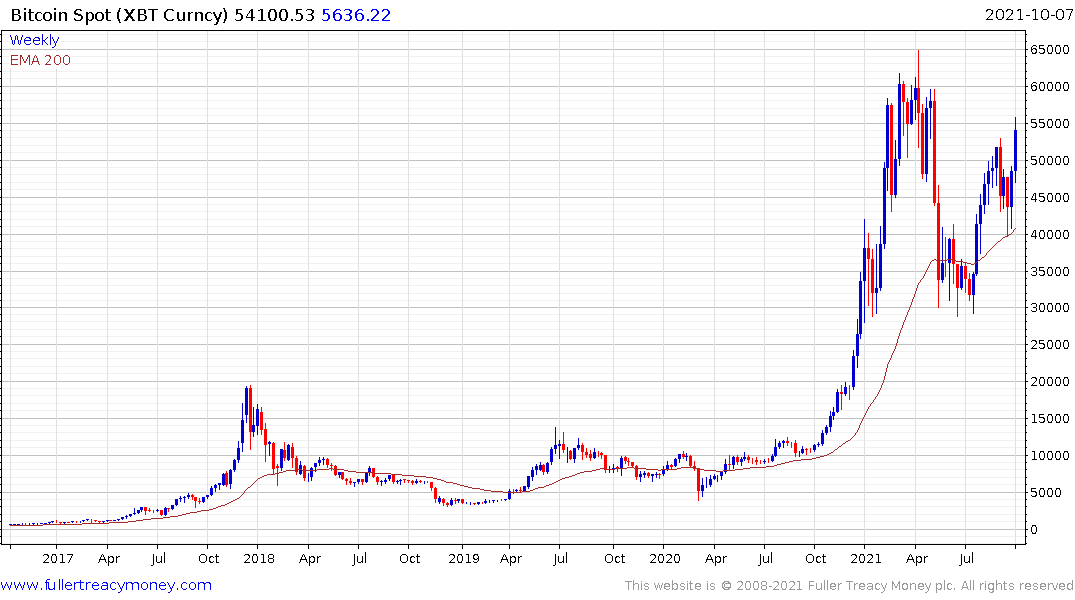 It is increasingly likely stablecoins will eventually be regulated like money market funds. At that point full visibility on what they invest in will be required. We can therefore anticipate a good deal of volatility as they prepare for that eventuality.