The investment data shows how cautious private companies have become, with their spending in the first 10 months of the year at the lowest level since 2016. The continued stability in spending by state-owned firms’ is preventing an even stronger drop in the headline data.

Investment in the property market is one bright spot, with spending by the manufacturing sector barely above the record low recorded in September. Infrastructure investment growth continued to bounce along around 4% as it has all year.

“I’m quite concerned with property investment, the only stable element in fixed-asset investment now,” according to Xue Zhou, analyst at Mizuho Securities Asia Ltd in Hong Kong. “Monetary policy needs to be more supportive on economic growth and there should be more cuts to banks’ reserve ratios to help smaller banks.”

The first couple of months of the year are when the Chinese financial system gets its annual quota for lending and generally makes its full allocation by around Chinese New Year. That sends a surge of liquidity into the market in January and February but the broader question is how much of that is already priced in considering it is so predictable. 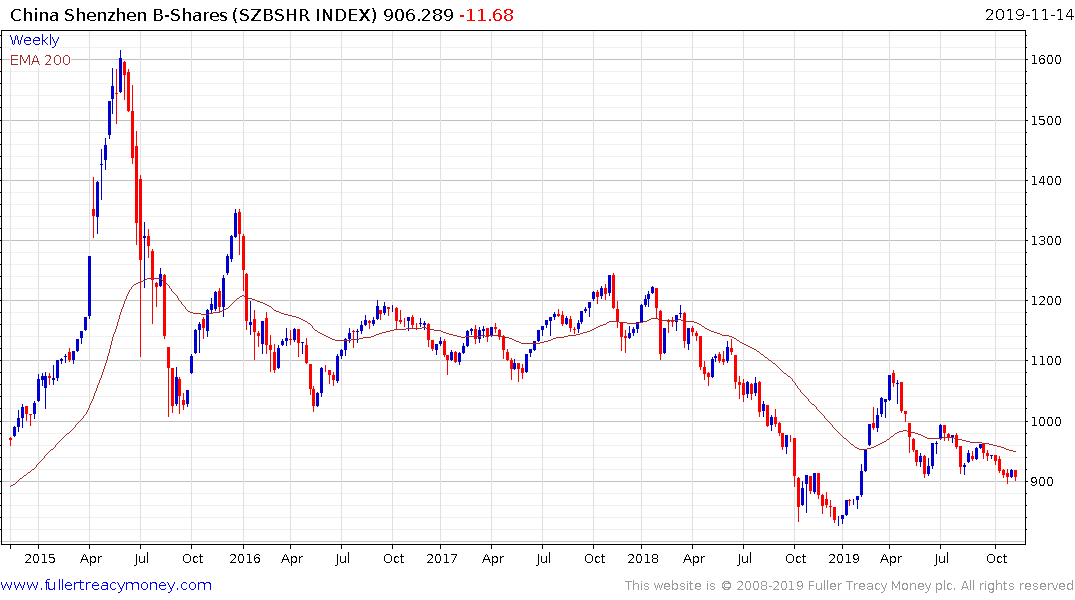 Since the Chinese stock market is largely manipulated and the primary banks are state owned, we have few domestic market indicators that pass muster as barometers of the economy. The Shenzhen B-Shares is about as close to an indicator of domestic market health that we have because it contains no banks and is heavily weighted by the Chinese equivalent of private companies. The Index has paused in the region of the lower side of its range over the last 10 sessions but needs to sustain a move above 950 to confirm a return to demand dominance. 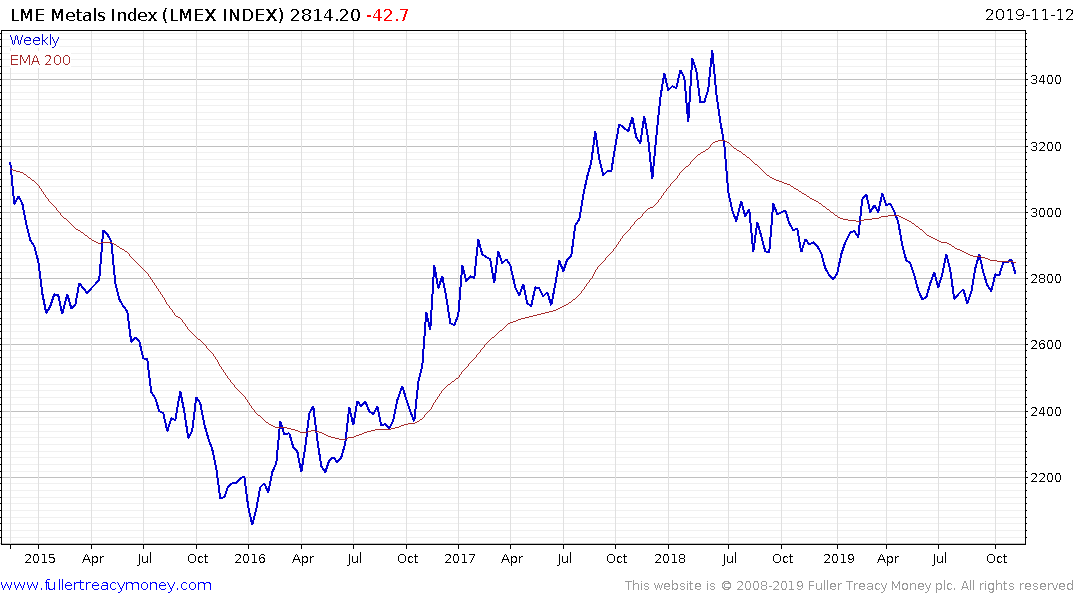 The LME Metals Index is pulling back from the region of its trend mean as it continues to hold the more than yearlong downward bias. 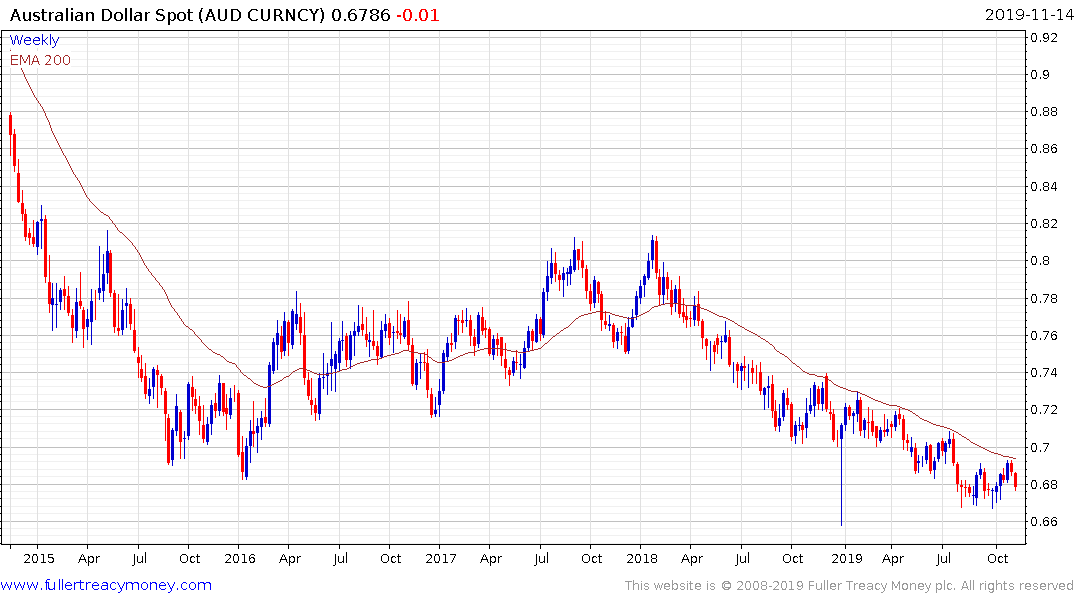 The Australian Dollar failed in the region of the trend mean again today on disappointing employment data. This is just one more example of a commodity related currency that is coming under pressure because of a weakening domestic market environment. However, the broader picture is of contracting Chinese demand for commodity exports. The Brazilian Real is testing its lows and the Chilean Peso has broken downwards. The South African Rand is barely steady. 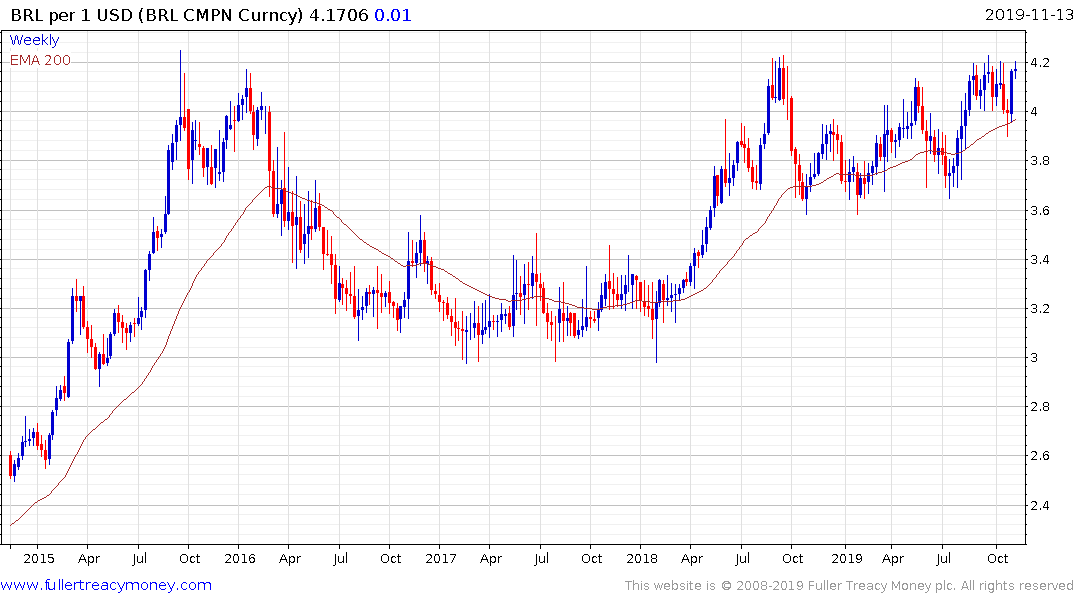 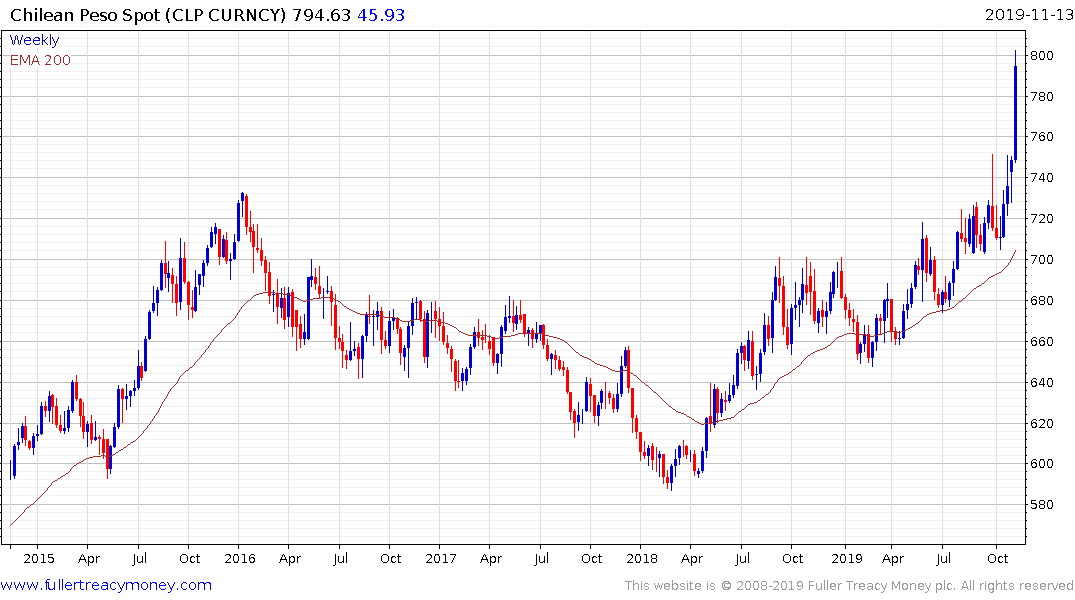 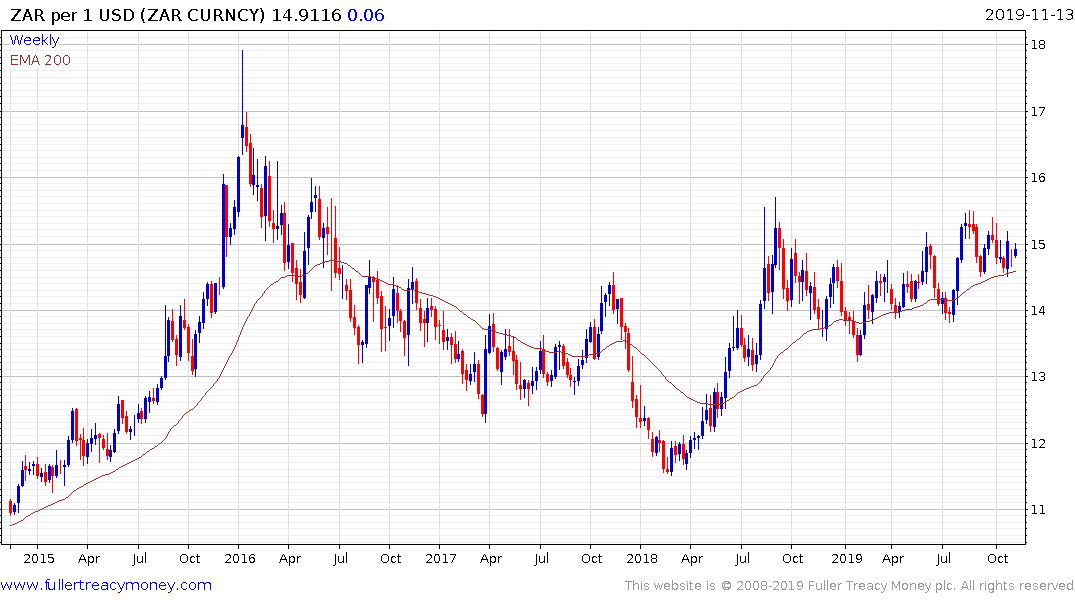 The Chinese administration is acutely aware that domestic stimulus in the aftermath of the credit crisis was a major contributor to the recovery in the USA and parts of Europe. They are reluctant to pull the same levers now because to do so would create bubble risk and would also lend assistance to their geopolitical competitors. That suggests tinkering at the edges of policy rather than bold measures are the most likely path until there is clear visibility on the trade war front.